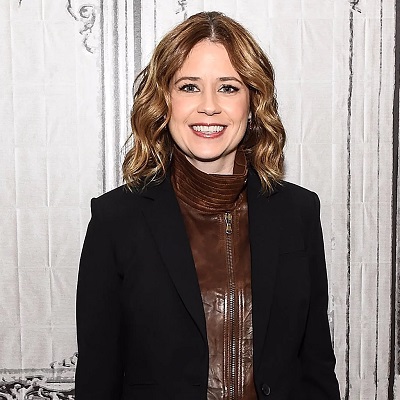 Jenna Fischer is a very famous American actress. Jenna Fischer has played many movies and television shows as well as series. She has a fan following not only in her country but also all over the world. Fans have loved her roles of her like, Pam Beesly on the NBC sitcom The Office. While she has won many different awards.

Jenna Fischer was born on 7th March 1974, in Fort Wayne, Indiana, United States of America. This makes her 47 years old as of 2021. Her full name is Regina Maire Fischer. Her father’s name is Jim Fischer, and her mother is Anne Fischer. She does not have a brother but she has a sister named Emily Fischer. According to astrology, she has Pisces as her zodiac sign. While she holds an American nationality and practices Christianity. Further, she belongs to the Caucasian ethnicity.

Talking about the formal educational status of Jenna Fischer, she completed her schooling at Pierremont Elementary School and Nerinx Hall High School in her hometown. While she went to Truman State University for higher studies. She has Bachelor’s degree in Arts.

Jenna Fischer is one of the very familiar names in the American movie industry. She was always interested in the acting field and wanted to build a great career in it. During the pursuit of her dream, she got her first breakthrough from the movie named Channel 493 in 1998. Since then, she has played in different other movies. 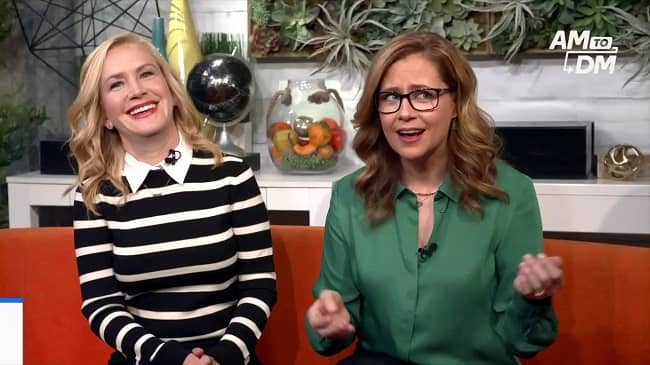 Some of her movie credits are; Born Champion, Les Superficiales, Melvin Goes to Dinner, Employee of the Month, The Women, LolliLove, Slither, Are You Here, Kiss ME, Brad’s Status, etc. Furthermore, she has also acted in different television shows and series. Some of them are; Undeclared, Spin City, Off Centre, That ‘70s Show, Six Feet Under, The Office, Dan Vs., Comedy Bang! Bang!, Miss Match, Strong Medicine, Newsreaders, The Guest Book, Splitting Up Together, and many more.

Jenna Fischer is living an opulent life with her family. Thanks to the massive fame and fortune she has earned from her career over time. She has a total net worth of around $15 million US dollars as of 2021.

And apart from it, she has also won different awards for her outstanding performance. Some of them are; St. Louis International Film Festival, TromaDance Film Festival. Screen Actors Guild Awards, etc.

Moving on toward the romantic and private life of Jenna Fischer, she is married. She has tied the knot with Lee Kirk in 2010. The couple is leading a happy life with two children. They are; Weston Lee Kirk and Harper Marie Kirk. While she also has married another man prior to Lee. She hitched with James Gunn in 2000. The relationship was sustained for around 8 years until they separated in 2008. Apart from it, there are not any reports conforming to her relationship with others. Further, she is straight regarding gender choices. And, she does not have any controversial events till today. 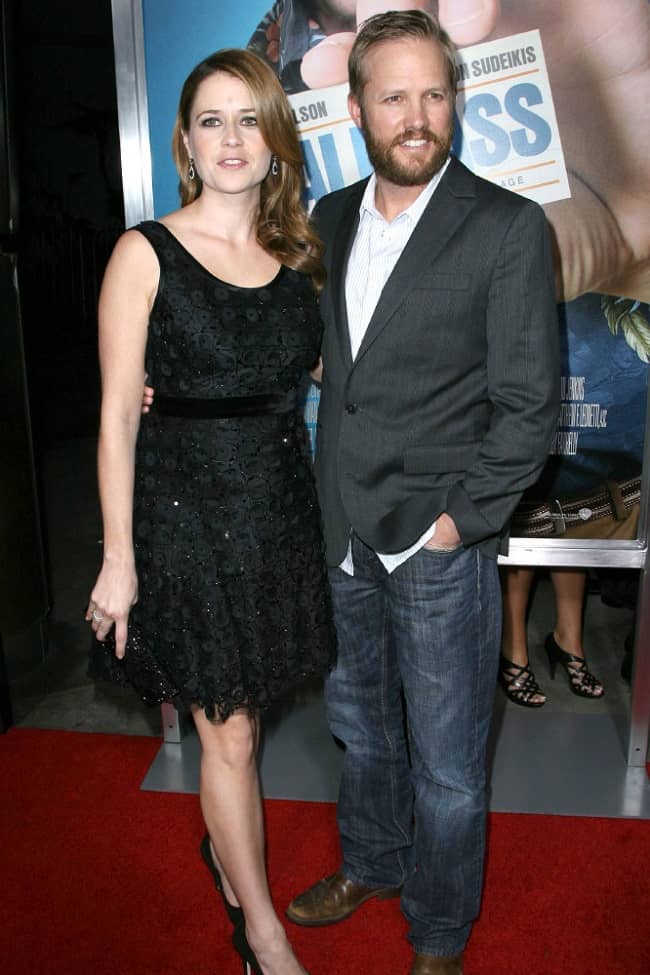 Jenna Fischer is very beautiful with a slim-trimmed body along with excellent physical attributes. The actress stands about 5 feet and 6 inches. And, she weighs 57kg. Further, talking about the overall body measurements, the number ranges to; 35 inches breast, 26 inches waist, and 35 inches hips. While, she has light brown colored hair, and the color of her eyes is green.