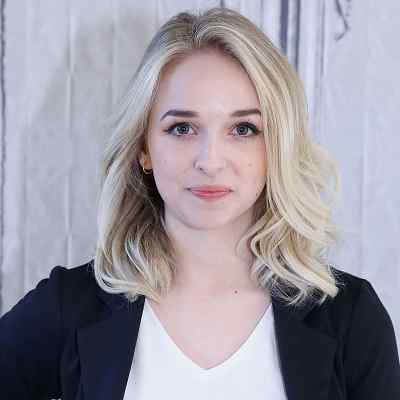 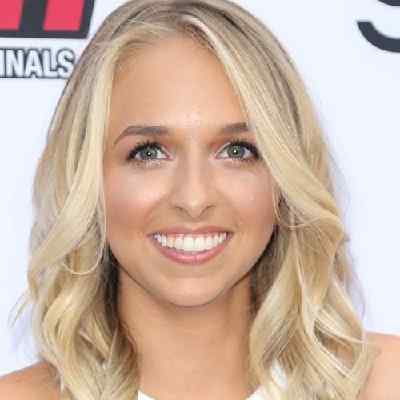 Jenn McAllister is an American YouTuber, as well as an actress, who rose to stardom with her JennXPenn YouTube channel. Jenn McAllister has portrayed the roles of Abby in Bad Night and Andie Fixler in the YouTube Red series Foursome.

Jenn McAllister’s age is 24 years old. She was born on July 9, 1996, in Bucks County, Pennsylvania, under the astrological sign of Cancer. She resided In her hometown till 2013 before moving to LA for exploring her career further. Likewise, she lives with her best friend, Lauren Elizabeth. She has not mentioned her parent’s names. However, as she told, her parents are very supportive of her career.

Moving toward her educational background, she attended Council Rock High School South in Holland, Pennsylvania, about 25 miles north of Philadelphia. 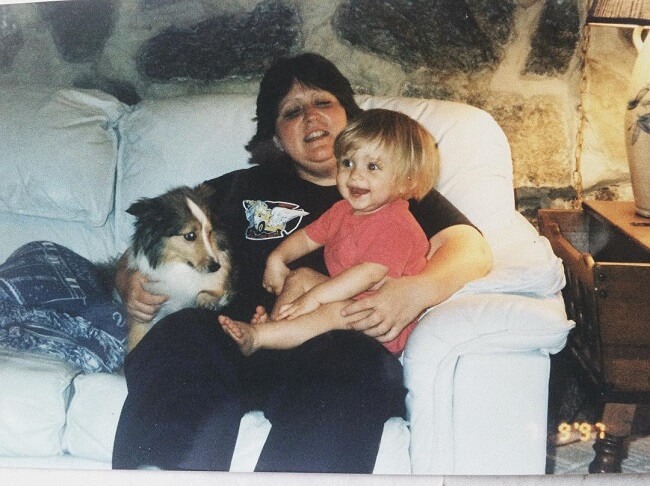 Caption: Jenn McAllister on her childhood photo sitting on the lap of mother(Source: Instagram)

Professionally, Jenn McAllister is an American actress and YouTuber as well. At the age of 8, she first stumbled upon her parents’ old video camera in a forgotten box. It was an antiquated thing, but she enjoyed making random recordings and even did the editing herself in Movie Maker on her Dell laptop.

After four years, she began her own YouTube Channel. Likewise, she created that YouTube channel under the username @jennxpenn at the age of 12 on January 15, 2009.  However, she already had prior YouTube experience through a channel created previously with a friend.

She started making videos in a very initial phase of YouTube. In that time, YouTube was yet to become the go-to platform for every person of every age. Half the surrounding of Jenn hadn’t even heard of it. Even though she made an impression and her channel got off logging in quite a few subscribers in those early days. She used to make cute music videos and silly skits.

In 2009, she joined the group MyCollab, founded by supermac18. In the following channel, she featured alongside other successful YouTube contemporaries like Jonah Green (mutantboyfriend). The channel was enormously successful and even she amassed a lot of followers. Unfortunately, the channel was terminated due to conflict between members.

Currently, McAllister owns two YouTube channels; her main channel, jennxpenn, and her vlogging channel, Jenn. As of July 2020, her main YouTube channel has successfully garnered more than 3.61 million subscribers with almost 368 million total views. The new video on the channel is uploaded every Saturday at 11 AM PST. Her content differs within videos which are fun-loving and interesting to watch.

Her secondary YouTube channel has over 343k subscribers but as of now there is content available and so far, she has stopped posting in her vlogging YouTube channel. It is a personal vlog channel while her deleted YouTube channel jennxpenngames featured her gaming prowess.

In March 2013, she signed a contract for a YouTube partnership deal with AwesomenessTV. Shortly after, in July 2013, she moved from her home in Pennsylvania to Los Angeles, California. On April 30, 2014, her YouTube channel reached one million subscribers, followed by a 16-city North American tour in celebration of the completion with fellow YouTuber Tyler Ward, taking place at the beginning of May and the entirety of June. In June 2014, she signed a YouTube management deal with Fullscreen. 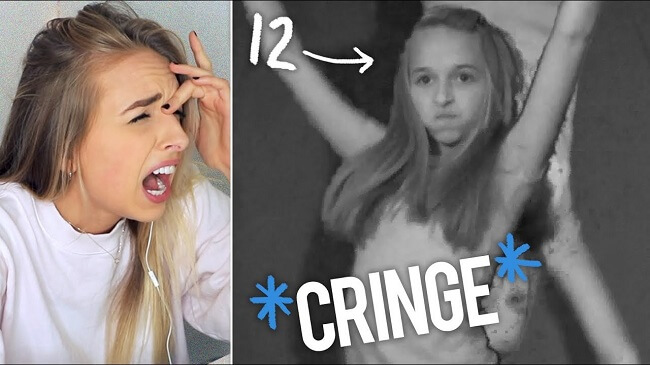 In 2015, Mcallister made her debut into acting along with fellow YouTube star, Luren Elizabeth with the GRB Entertainment production ‘Bad Night.’ Since early 2016-2018, she played regularly in the Original Series ‘Foursome’ with fellow YouTubers including Meghan Falcone and Logan Paul. The series tells the adventures of Andy (played by Jenn) while she seeks to avoid her older brother Alec’s efforts into diminishing her dating life. The following show is presented by AwesomenessTV and is distributed through YouTube Red, the platform’s paid services.

Similarly, in 2017, she appeared in the film role as Gabby in Guardians of Oz. Since 2018, she is portraying the role of Deanna in the Hulu series All Night. Furthermore, she has also appeared in one episode of Sleep Tight portraying Emily.

In September 2014, she made a partnership with the nonprofit organization Our Time, releasing a video telling her viewers aged eighteen or above to register themselves to vote in the United States.

On March 28, 2015, she made an announcement about her autobiography. The book titled Really Professional Internet Person on August 25, 2015.

This beautiful talented actress Jenn McAllister has earned five nominations and one award within her contribution to the entertainment industry. Likewise, she was nominated for both Choice Web Star: Comedy, Choice Web Collaboration, Choice Web Star: Female at the 2014/2015 Teen Choice Awards.

Speaking on her earnings, McAllister is an American actress, YouTuber, and author who has earned a decent sum of money through her work in the entertainment industry. Therefore, her estimated net worth is around $750,000.

Talking about her sexual orientation, one of the media had introduced Jenn as “one of the few rare gay female YouTubers.” But she herself has not stated her sexual inclination and has never disclosed to be gay. She might also be a bisexual. 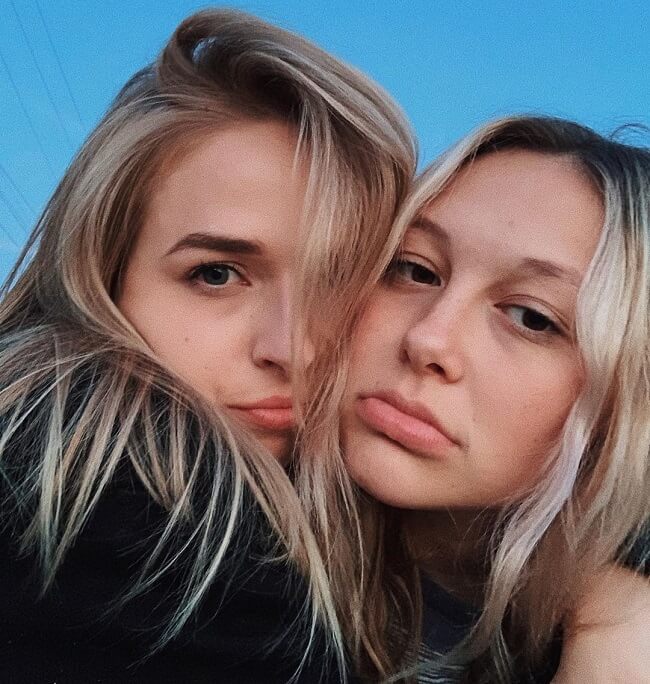 As of now, McAlliste is close to a girl named Kelsey Bennett who is often featured on her channel. However, as she has not talked about her sexual orientation, it appears like she is not dating anyone and even her social media accounts lack the presence of any man that can be considered as to her boyfriend.

Moreover, she has an affable personality and a sharp sense of humor. She likes to tackle subjects on her channel that are important to teens and youngsters. Her choice of name for the channel is super witty, combining her name and place of residence through a tiny x. Similarly, she is smart, funny, and real.

However, in 2012 all of her YouTube channels were hacked and deleted. The hacker even uploaded online documents publishing all sorts of personal info including address, phone number, and passwords. They even attacked her iCloud account removing all her photos and contacts which she mentioned through her book.

It was a dark time in her life which hampered her professionally as well as personally. The incident was informed to the police. The perps later were eventually caught and the accounts were restored. But still, she was troubled by insecurities and nightmares afterward.

Gorgeous and beautiful media personality Jenn McAllister has a good height standing 5 feet 4 inches tall (1.63 m). She weighs around ‎55 kg and has body measurements of 34-24-35 in. Similarly, she has a dress size‎ of ‎4 US and wears shoes of 7 US. She has an attractive pair of dazzling blue eyes and has a blonde hair color.