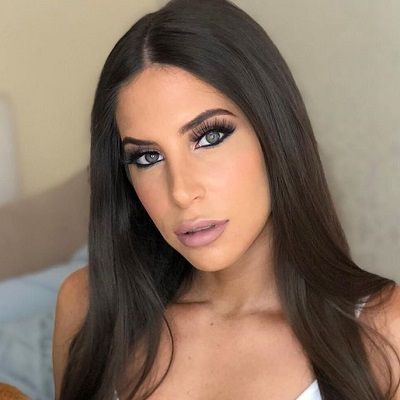 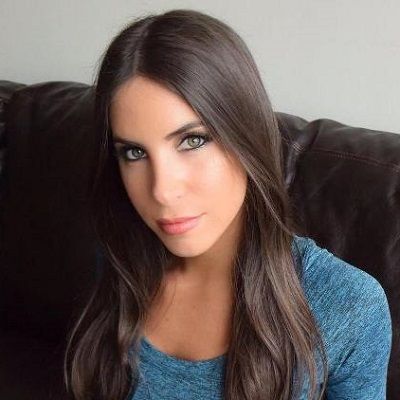 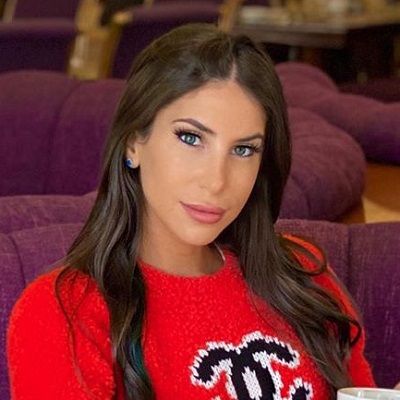 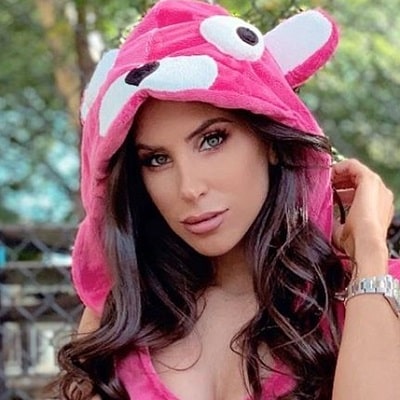 Jen Selter is an American fitness model and an ‘Instagram’ celebrity. Jen Selter is the first person to popularize the word “belfie” and is famous for her fit and curvy looks, especially her abs and glutes. She has 12.7 million followers on Instagram.

Jennifer Leigh Selter aka Jen was born on August 08, 1993, in Roslyn, New York, United States. She is the younger daughter of Todd Selter and Jill Weinstein. Her elder sister, Stephanie Selter is currently the CEO of a New York-based talent management and creative agency ‘Selter Media‘. Stephanie Selter and their mother both are available on Instagram with usernames @StephSelter and @mamaselter. Similarly, Jen’s current age is 28 years old.

Jen had a tough childhood in Long Island, growing up without a father. Additionally, she was a victim of bullying. Moreover, she grew up with her sister in a Jewish household and they were raised by a single mother, Jill Weinstein. Jen had a difficult time growing without a father. 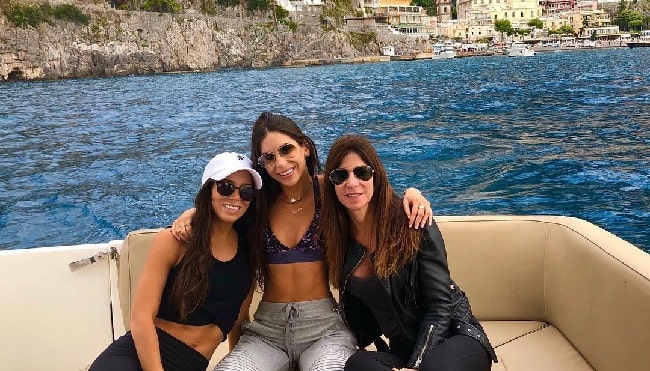 Caption: Jen with her mother and sister on a trip to Amalfi Coast, Italy. Source: Instagram

Jen completed her high school at Roslyn High School after which she joined cosmetology school to take a course on makeup. However, she didn’t go for a college education as she believed it was a mere waste of time unless you have a clear idea of what you want to become.

Starting her fitness journey around the age of 15, Jen gradually built an awesome figure over the years. One day, she decided to post progress pictures on her social media profiles. She didn’t receive attention right away.  But she continued updating her fitness progress and her motivational posts.

Her strict workout routine was a huge hit and helped her earn a massive fan following. Over time, overwhelmed by her success, she started a few more ‘Instagram’ accounts through which she started band promotions. However, she started her Instagram journey in March 2012. Due to her busy schedule, she does not handle all her accounts herself. She has an efficient and close-knit management team headed by her elder sister, Stephanie. 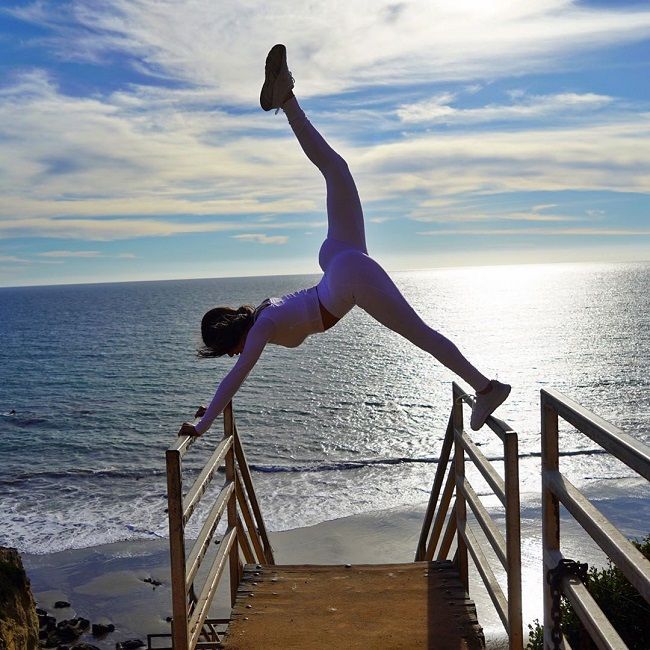 Beyond Instagram modeling, she has been featured on the glossy pages of popular magazines such as Elle, Muscle & Fitness, FHM, Vanity Fair, and Maxim. She has even earned a contract with the fitness app ‘Fitplan’ and popular brands like ‘Nike’ and ‘Tarte Cosmetics’ sponsored her. Similarly, she also serves as the creative director of ‘ION Collection,’ an athletic jewelry brand. Furthermore, Jen is also known as the first person to popularize the word “belfie” which is derived from the word “selfie.” The word means a self-clicked picture of the buttocks of a person.

Furthermore, Jen worked at a gym and at a plastic surgeon’s office before she became serious about her workout routines. A part of her obsession with fitness was because she had earlier been bullied for her looks. Moreover, Jen is known for having the “best butt in the world” alongside appearing in magazines. Jen also runs paid fitness programs, and that has become her main source of income over the years.

Moving on, he has also done some brand endorsement jobs. He has been the brand ambassador for brands like Nike, Lululemon, New Balance, and others.

In 2014, Jen made it to 82nd spot in the list featuring “Most Desirable Women of the Year” by AskMen. Meanwhile, in the same year, she was amongst the top 100 most followed Instagram members together with pop icon Lady Gaga and emerging actress Zendaya Coleman.

The internet celebrity at a young age of 26, Jen has earned herself a net worth of  $6 million. Moreover, according to some reports, she charges an estimated amount of  $80,000 per sponsored post or campaign.

Jen is probably single currently, as so far she has not spotted any guy and posted pictures. In March 2017, Jen spotted with singer James Maslow at a beachside resort in Tulum, Mexico. They have been reported a couple since then. However, she has not confirmed or denied their relationship.

There are rumors that Jen has hooked up with Chandler Parsons who is an American professional basketball player for the Atlanta Hawks. Previously, she has been romantically linked with ‘Knicks’ player Kristaps Porzingis.

Apart from this, Jen has often accused of undergoing surgical procedures to enhance her assets. But she has firmly refuted such claims and has insisted that a nose job is the only cosmetic surgery she has undergone.

Jen often faced bullying during school. She was bullied for her looks and appearance and Jen would often return from school with tears in her eyes. Due to this, she thought her face was not attractive enough as claimed by her classmates.

Hence, to stay away from bullies, she wore padded bras and crop tops, as she thought that would divert people’s attention from her not-so-attractive face. Not only that, but Jen also forced her mother to allow her to get a rhinoplasty surgery done at the tender age of 15 because she thought her nose looked big and people bullied her for that. As Jen says, the small surgery changed her life.

Furthermore, Jen wished to enhance her physical beauty further. And hence, she started working out and eating healthy, eventually achieving the body of a fitness model.

Being a fitness guru nonetheless model, Jen is definite to have a healthy and fit body. Therefore, she has an athletic body built weighing 54kgs and curves measuring 34-23-36. She has an average height of 5 feet 6 inches with dark brown hair and hazel eyes. Moreover, her bra size, dress size, and shoe size recorded as 32A, 4 (US), and 8.5 (US) respectively as American standards. 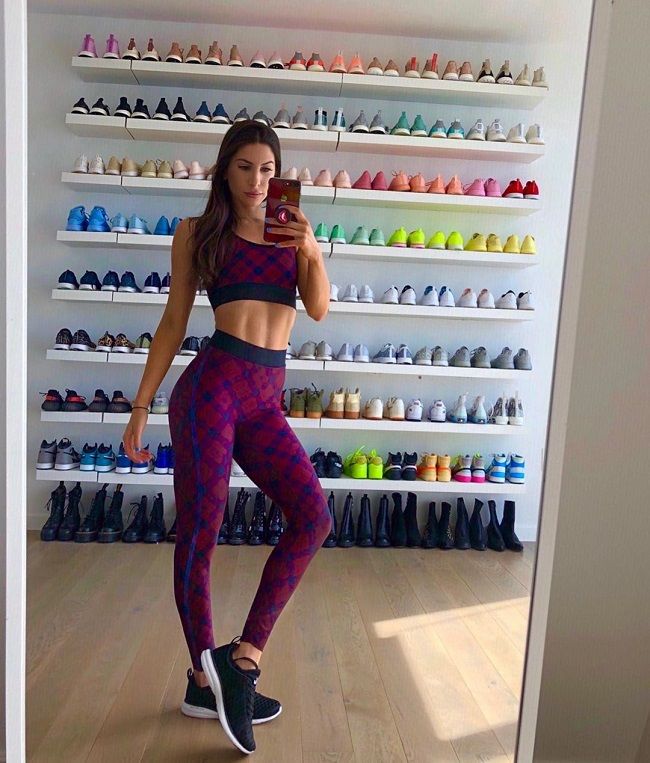 Social Media is what got Jen her popularity. She is an Instagram celebrity with a massive fan following 12.5 million where she goes by the username @jenselter. Similarly, she has earned a lot of subscribers in her personal YouTube channel (Jen Selter) as well as in her Twitter account (@jenselter) which is,  30.6k and 1.2 Million respectively. Apart from this, she has built her personal website where she talks about health, lifestyle, and fitness. She is also available on Facebook with 8.8 million followers at present.