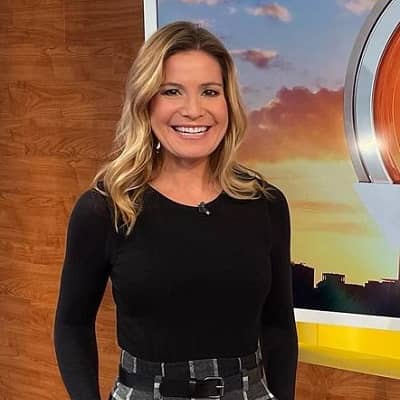 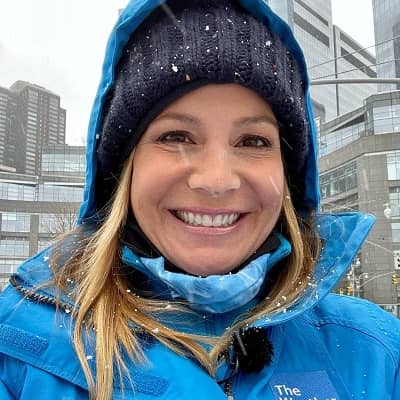 Jen Carfagno is an American television meteorologist. Jen Carfagno is best known for her work at The Weather Channel (TWC), which she credits as her professional breakthrough. Similarly, she is currently the co-host of “America’s Morning Headquarters,” a morning show that airs from 6 to 9 a.m.

Jen Carfagno was born in the United States of America on July 19, 1976, in Collegeville. She is 45 years old. Jennifer Carfagno was her given name. She is an American citizen. Jen is a White woman who was born under the sign of Cancer. She grew up in Collegeville with her sister, where she attended Perkiomen Valley High School, as one of her parents’ two daughters. She had a dream of becoming a pilot since she was a child, but as time passed, she became more interested in meteorology during her high school years.

Similarly, she even volunteered to be a lifeguard at the school’s pool. She became interested in meteorology during this time because she used a psychrometer to measure the pool’s dew point and even worked with a psychrometer to monitor weather conditions. Following graduation from high school, she enrolled at Penn State in State College, Pennsylvania. There she earned a Bachelor’s Degree in Meteorology in 1998. Jen even did a one-year internship with the Weather Channel and appeared every weekend in an on-camera meteorologist apprentice program while in college.

Jen Carfagno started her professional career as an intern at the Weather Channel. Working in the meteorology departments of the Weather Channel gave her valuable experience as a weather forecaster, and she joined the network as a full-time forecaster shortly after graduation. In 1997, she co-hosted “Weather View” with Eric Fisher every morning at 2:24 a.m. Soon after, she became the host of the show “Weather Center Live,” which aired from 2013 until 2016. 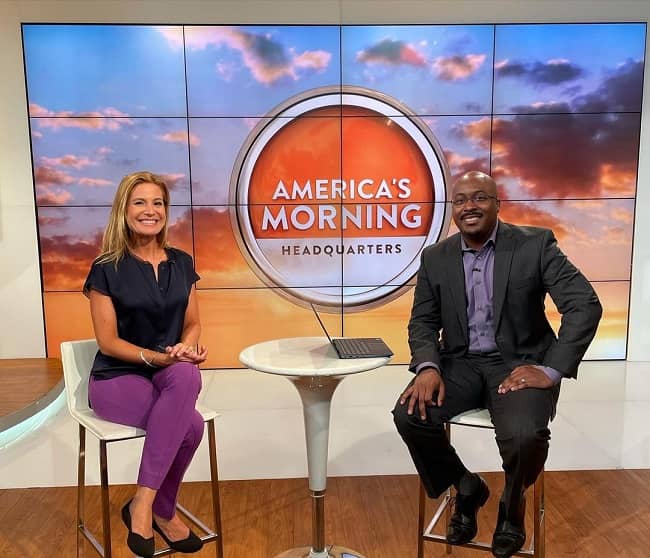 Similarly, she and her co-host, Alex Wallace, introduced “Weather All The Time,” a new type of weather graphics for constant weather reliability, on November 12, 2013. She has been covering hurricanes and other large storms for over 20 years, and she is very passionate about what she does. She is currently the co-host of “America’s Morning Headquarters,” a morning show that airs from 6 to 9 a.m.

Likewise, she has received several awards for her contributions, including the Robert O. Cole Award, which is given to one of the outstanding students with a strong interest in weather forecasting. She is a member of the “Chi Epsilon Pi” fraternity and has received the honor.

Her professional career as a television meteorologist has paid her well. She began her career as a singer when she was 14 years old when she released a Christian music album. Since then, she has progressed to become one of the most popular Latin singers, as well as a popular actress.

Her main source of income is undoubtedly her appearances on weather forecast shows, for which she has a net worth of around $1.5 million and an annual salary of around $300,000.

Jen Carfagno is a married woman who has only been married once in her life. Neil McGillis, with whom she has been married for many years, is her first and only marriage. The couple has two beautiful daughters, Kelly Carfagno and Natalie Carfagno, with whom they live in Atlanta, Georgia. 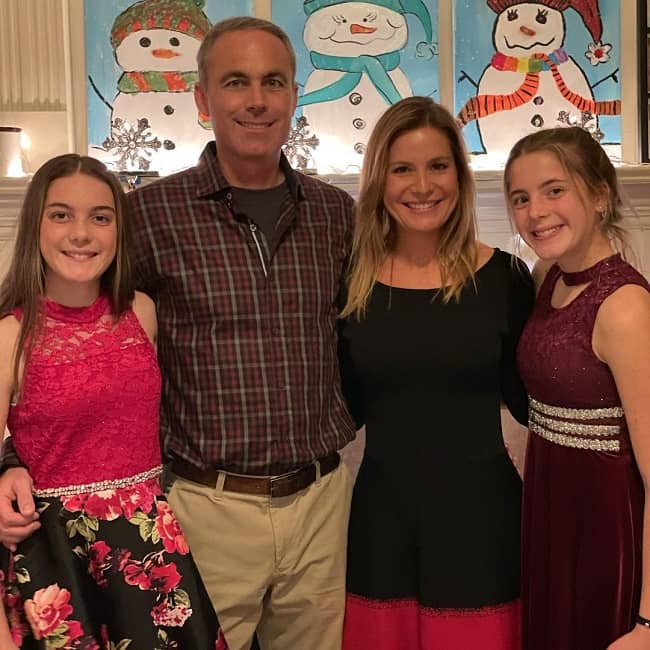 Jen Carfagno is a stunning woman in her mid-forties with a well-kept body. With a height of 5ft. 5inches, she is quite tall. (1.65m), with a bodyweight of 57kg. Her body measurements are around 36-25-37 inches, with a bra size of 34B and a dress size of 6(US). Her skin is fair, and she has blonde hair and blue eyes.