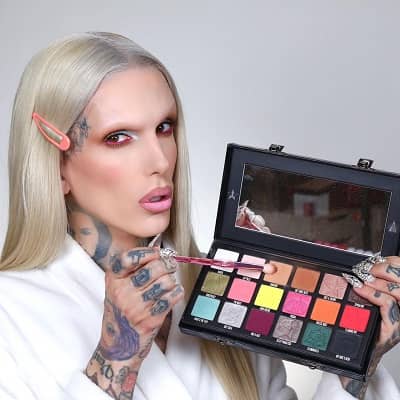 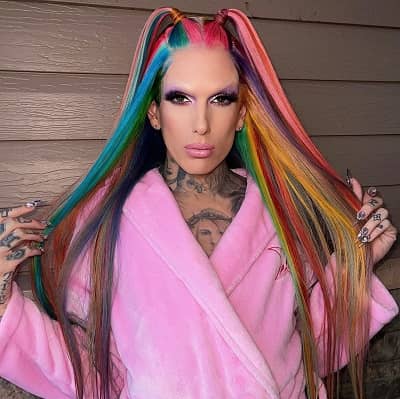 Jeffree Star is a model, fashion designer, makeup artist, singer, DJ, and entrepreneur. Jeffree Star is popular in social media with an LGBT style of living.

The 35-years-old Jeffree Star was born on November 15, 1985, in California, USA. His father’s name is Glen Steininger and his mother Laurie Steininger. His father died when he was just 6. Star’s mother worked as a model. He was interested and obsessed with makeup from the age of 13.

According to nationality he is an American nationality and is of English ethnicity. He attended Pacifica High School located in Garden Grove California. The information about his higher education is not revealed yet.

Jeffree Star was fond of make-up since she was 13 years old. He uses to try the make-up of his mother. He found the way to his career. He launched Jeffree Star Cosmetic in 2014. Till now, it has released products ranging from gaudy eyeshadows to accessories. 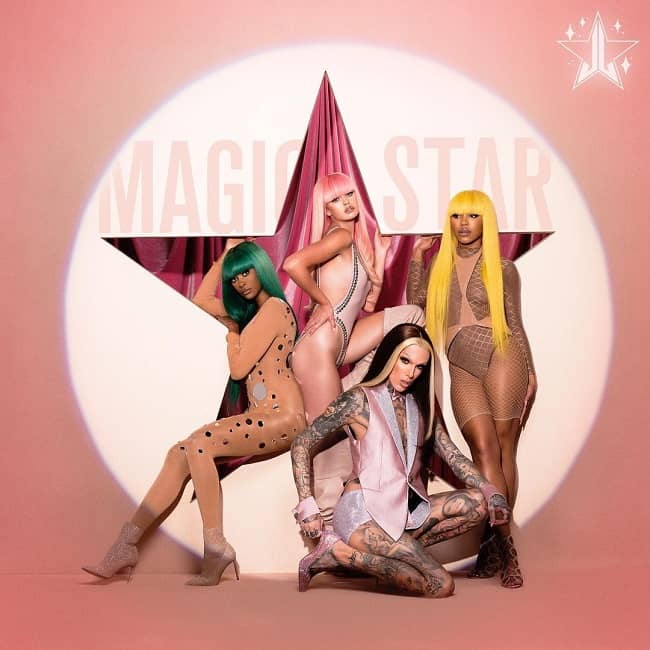 She has been inspired by his drummer friend Samantha Maloney to make music. Star released her debut album Beauty Killer, in September 2009. One of the songs Lollipop Luxury also featured Nicki Minaj. The album was a great success. In 2010, he appeared in the second version of Kesha’s music Take It Off.

Similarly, Star has also worked with other musical performers, including Blood on the Dance Floor, Deuce, and more. He started a new journey by leaving the music industry, in 2013. He started luck in a TV show name Spread TV, in July 2007. Firstly, in 2008, he appeared in the musical comedy movie, Hella Crazy.

Jeffree Star has been living a luxurious and lavish lifestyle and often flaunts it on social media. In 2018, he became the 5th highest-paid YouTube star. He also owns the self-titled business firm, she Cosmetics. He is fond of luxurious brands like Gucci, Loius, Vuitton, and much more. He also likes to collect precious pieces like a limited edition Dior mirror bag.

She stated in an interview that his closet is full of luxury brands worth $7 million. He owns Rolls Royce Wraith, Pink BMW 18 Couple, Telsa Model X, and many more. His estimated net worth is $200 million. 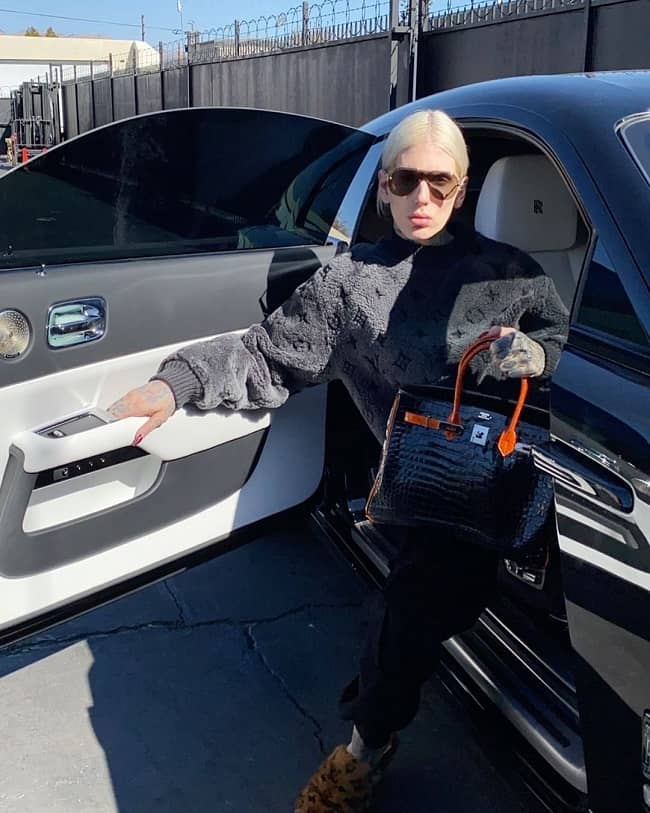 Caption: Jeffree Star taking a photo with her car. Source(Instagram)

Jeffree Star is gay. He dated Nathan Schwandt from 2015 – 2020. But, sadly they ended up their relation. They met each other through Instagram. Now, he is currently dating Andre Marhold. Andre is an American basketball player. 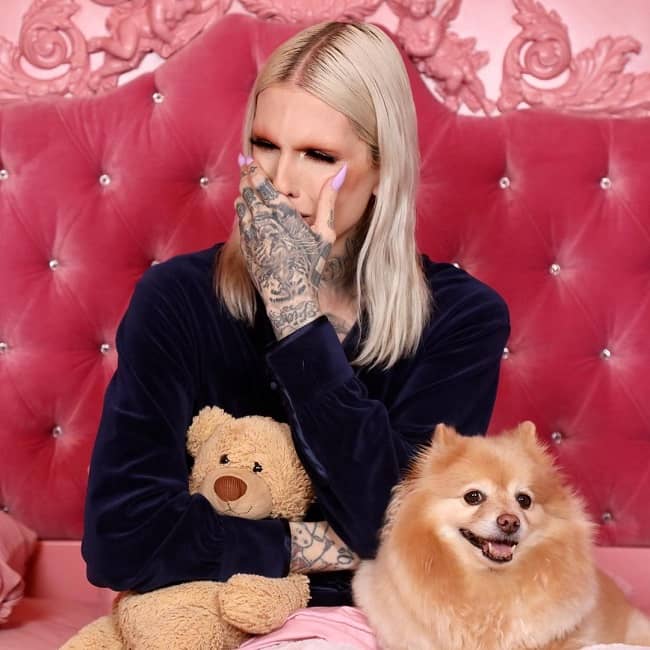 Caption: Jeffree Star posing for a photo with her pet. Source(Instagram)

Jeffree Star had arguments with many media personalities including the conversation with tattoo artist Kat Von D. Kat also accused her of using drugs, racism and bullying, and business conflicts. In April 2016, he used his Twitter account to slam Kylie Jenner for lack of quality control in the lip gloss.

Moreover, he also fights with Kim Kardashian, Jerrod Blandino, co-founder of Too Faced Cosmetics. Whereas, he was accused of racism due to derogatory remarks about minorities.

Star started in a sharp skit ta a Drag queen, that he wanted to throw battery acid on a black woman to lighten her skin. So that it could match her foundation. Later, she apologized for the remarks.

She has received many allegations regarding his drugs, sexual abuse, and a taser. Chris Avery claimed that he sent him a nude photo, to provide insider with screenshots of messages from Arthur. Moreover, he also was provided cash for her silence. But, she rejected the offer.

Jeffree Star is 6 feet 1 inch (185 cm) tall and weighs around 73 kg (161 lbs). He is especially spotted coloring his hair so the natural color is still not known. Her eye color is dark brown but spotted wearing the lenses of blue, green, etc. Moreover, her body measurement is still not known.