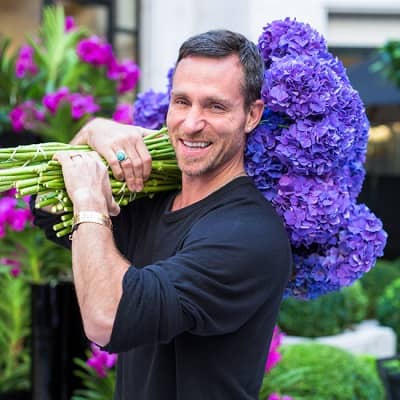 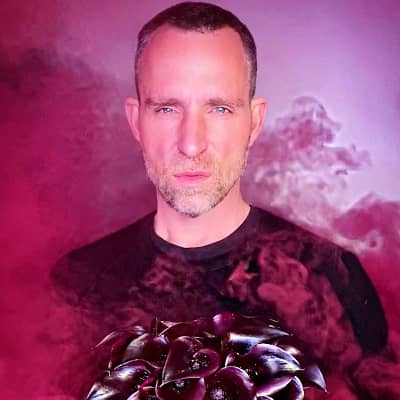 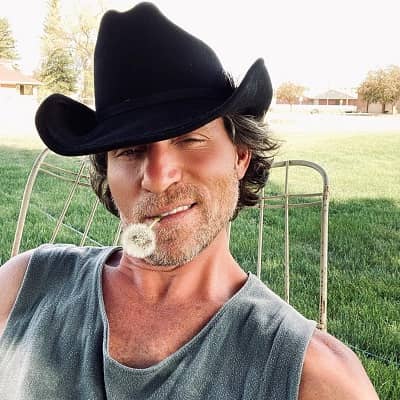 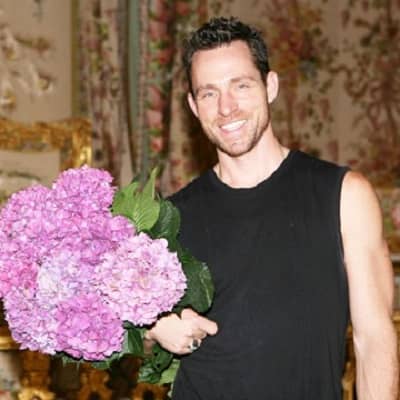 Jeff Leatham was born Jeffrey Brett Leatham on September 7, 1971. His hometown is Ogden, Utah, USA, just outside of Salt Lake City. His age is 50 years old as of now and his sun sign is Virgo. Jeff’s parent’s names are Jannet and Larry Leatham. Similarly, his sister’s name is Jennifer Roush.

Moreover, both of his parents were schoolteachers in the local school district. Therefore, his father was a principal at a point. Jeff went to High School at ‘Bonneville High School’ in Washington Terrace, Utah, and later attended ‘Weber State University.’

While in university, he started working at the Gap in downtown Ogden before getting promoted to work as a store manager in a location in Salt Lake City. And, before being transferred to another store in Los Angeles. Similarly, while in Los Angeles, Jeff was discovered by a modeling agent and he left the USA to model in Milan and Paris for 2 years. 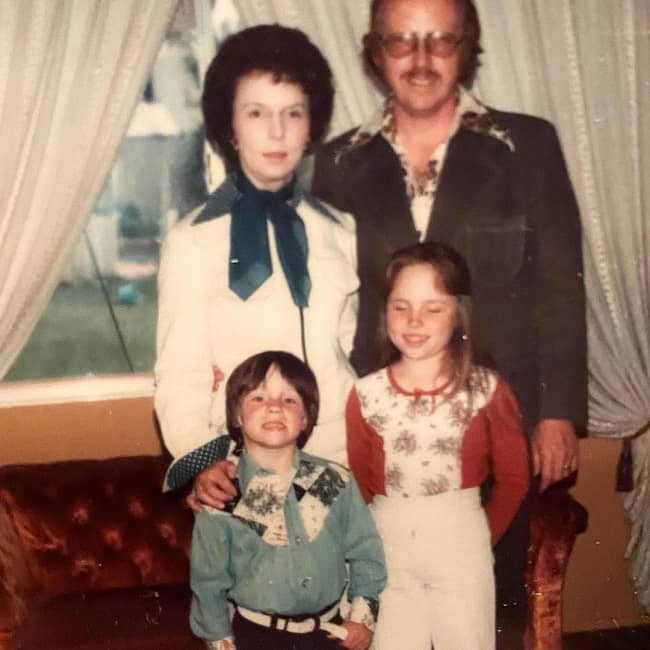 Jeff hit off into floral design by returning to Los Angeles after a stint modeling in Paris. Likewise, he grabbed a job at the ‘Four Seasons Hotel Beverly Hills.’ It is there where he states he learned his craft before transferring to the George V in Paris in 1994.

Jeff has since designed crystal collections, a rug collection, candles, and also has 3 books that have been published and sold around the world as well as a fragrance collection. In the year 2016, he moved his main base of operations and biggest office to Los Angeles, California, USA. And, there, he was able to expand his business.

Additionally, his clientele includes many of the most famous people in the world such as Oprah Winfrey, Hillary Clinton, Cher, Sofía Vergara, Kanye West, Dolly Parton, the Dalai Lama, and the entire Kardashian family. In 2017, in Holland, a flower was named after Jeff. Therefore, the flower is named the Jeff Leatham Vanda and it is purple.

Moreover, he has also created a line of crystal glassware and home goods with Waterford Crystal. Similarly, in the year 2014, Jeff won the award “Chevalier de L’Order des Arts et Letters,” the French government’s most prestigious honor given to a person who significantly contributed to French culture. 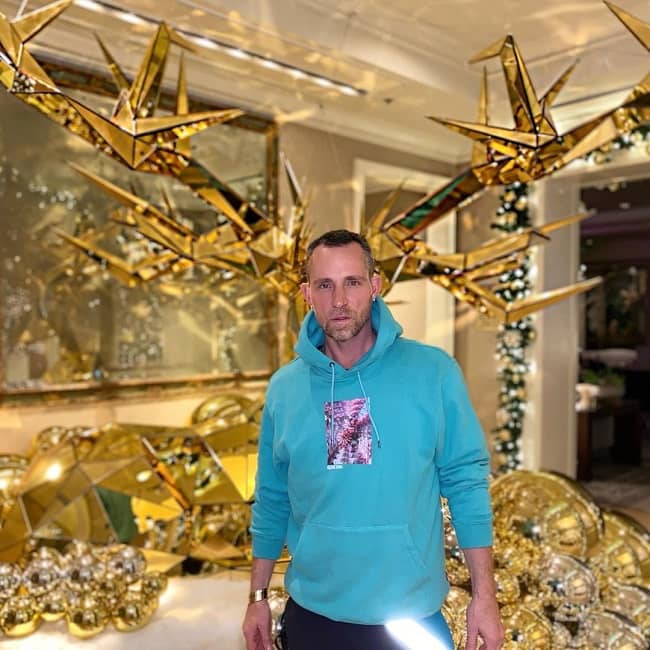 In 2003, Jeff published two books on floral design named “Flowers by Design” and “Flowers by Jeff Leatham”. Therefore, his recent and latest book “Jeff Leatham: Visionary floral art and design” was published in the year 2014. Likewise, in 2009, he participated in a TV documentary show broadcast on TLC called “Flowers Uncut”. And, some other shows he has appeared in as a guest were “The Oprah Winfrey Show”, “The Queen Latifah Show”, and “The Martha Stewart Show.”

Jeff has not spoken clearly about his sexual orientation. However, he is most probably gay. He and Colton Lee Haynes engaged on 11 March 2017. Therefore, Jeff proposed to Colton first, in March 2017. Then, in May 2017, Colton proposed back to Jeff. Then, at The Parker Hotel in Palm Springs, California, on October 27, 2017, they got married.

Therefore, they married in a lavish wedding ceremony officiated by Kris Jenner, who led them through the vows. They disclosed that they had decided on “Haynes-Leatham” as their new legal married surname. However, Haynes filed for divorce citing irreconcilable differences on May 5, 2018. But, they reconciled before their first wedding anniversary. However, in August 2019, the duo reached a divorce settlement. 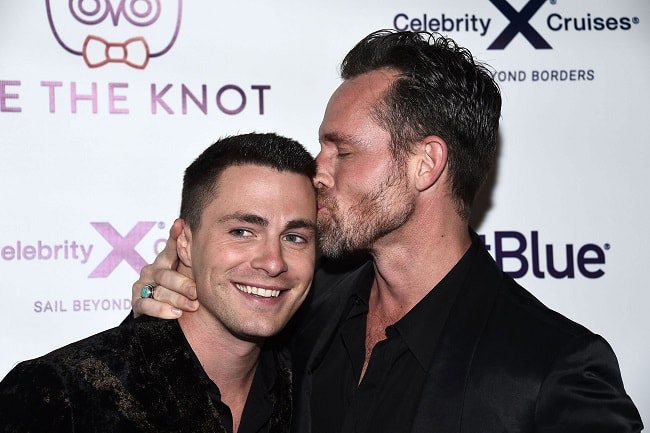 Jeff is a handsome and smart man. He is 6 feet tall and weighs around 65 kilos. He has got a pair of beautiful blue eyes and his hair is of dark brown color. Similarly, he has a lean body figure measuring 38-30-35 inches. Furthermore, he wears a shoe size of 8. He has a charming and amazing personality. 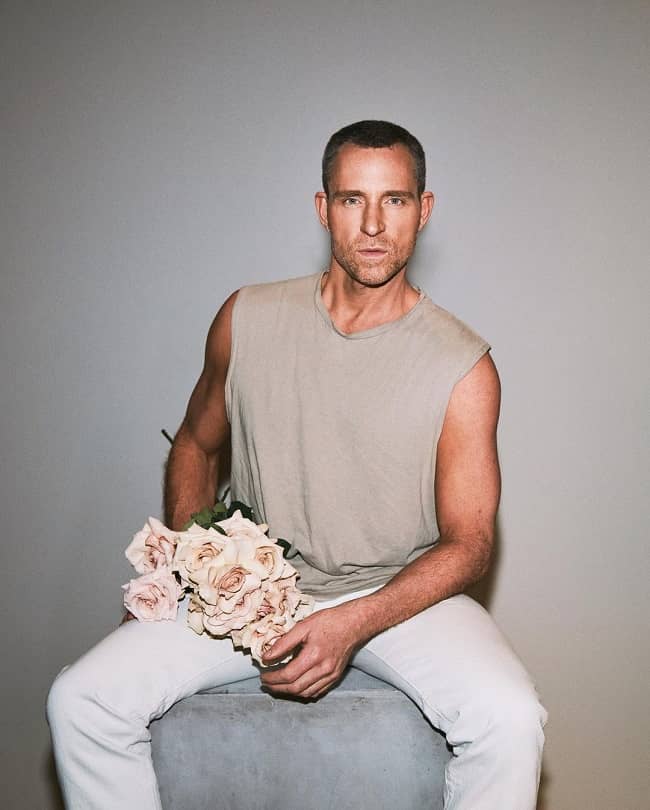