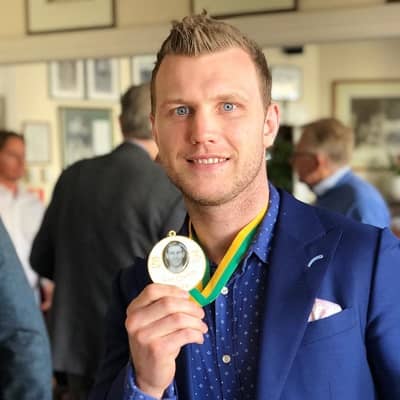 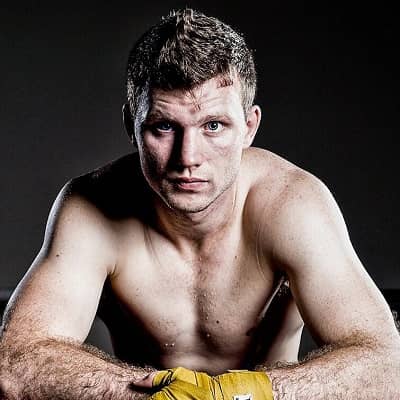 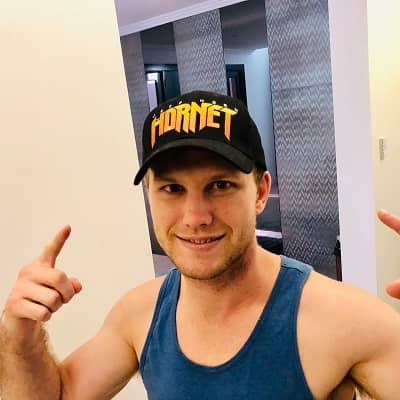 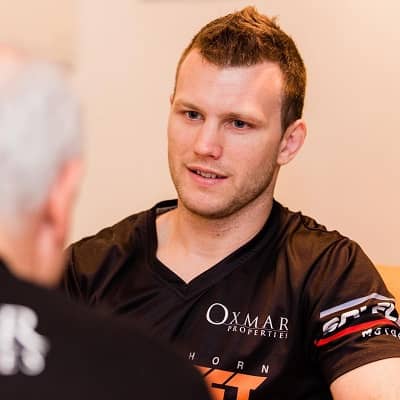 Jeff Horn is an Australian professional boxer. Jeff Horn held the WBO welterweight title from the year 2017 to 2018. Lately, the boxer is ranked as the world’s tenth-best active middleweight by BoxRec.

Jeff Horn was born on February 4, 1988, in Brisbane, Queensland, Australia. His real name is Jeffrey Christopher Horn Jr. and his current age is 34 years. His father is Jeff Horn Sr. and he is a builder. Similarly, his mother is Liza Dykstra and she works for the Saint Vincent de Paul Society.

Furthermore, Jeff’s grandfather, Ray Horn, also belongs to the boxing field. He fought in exhibition boxing matches in the Queensland outback during the 1930s. Similarly, Jeff’s second cousin is Graham Quirk. Graham is the former Lord Mayor of Brisbane.

In his youth, Jeff Horn was a victim of bullying and he describes this as the reason he started boxing. He initially started it as a means to defend himself. Later on, Jeff made boxing his profession. Moreover, he is a responsible citizen from Australia. 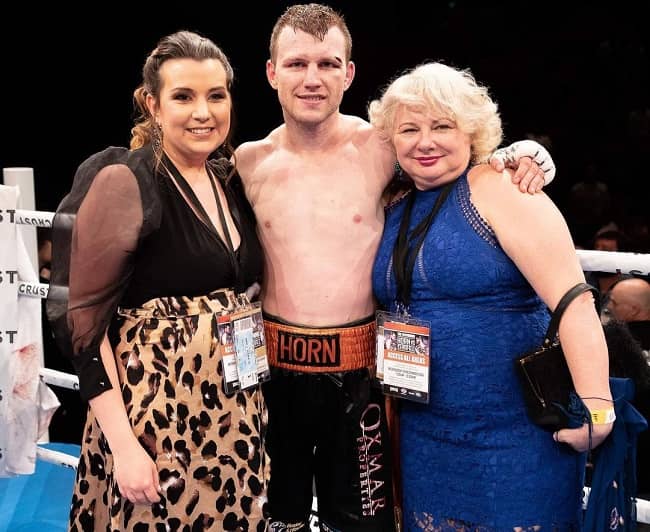 Caption: Jeff Horn posing for a photo with his wife (left) and mother (right). Source: Instagram

Moving on, Jeff Horn has a net worth estimation of approximately $6 million. Boxing is like any elite sport and it is a business. Jeff’s camp points out that much of the money is devoured by management and promoter fees, his support team, and tax. Due to this, although the Horn family has upgraded their home since Jeff rose to prominence, they still live in the relatively modest suburb of Sunnybank in Brisbane’s south. For the most part, the family maintains a humble lifestyle. Jeff’s wife says”

“We haven’t changed that much. Jeffrey still gets his hair cut by his aunty in her kitchen or in the backyard.”

Before his debut in professional boxing, Jeff used to represent Australia in the Olympics. As a relative newcomer to the sport, Jeff Horn won his first Australian title in 2009. He repeated the feat again in the year 2011. In the year 2012, he received his third Australian title and first Oceania title to earn a spot at the London Olympics.

Jeff Horn made his professional debut in Melbourne on 1 March 2013. He won the match by second-round technical knockout. On 27 April 2016, Jeff Horn faced former two-division world champion, Randall Bailey. He won by TKO after Bailey refused to get up from his corner before round eight. Jeff fought Rico Mueller and defeated him. That’s why the WBO ranked him the #2 welterweight in the world. 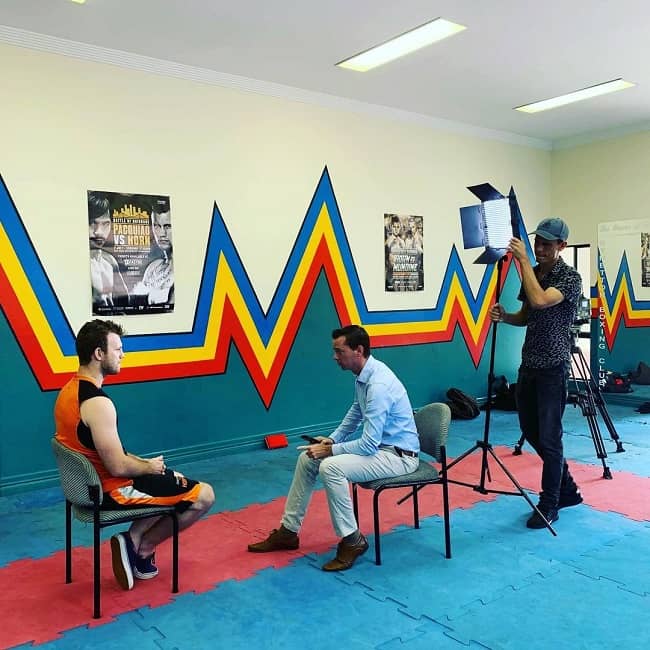 In the following year, Jeff Horn was all set to fight against WBO welterweight champion Manny Pacquiao. This fight is quite controversial. As Jeff is new on this platform, his opponent Pacquiao commented as he doesn’t know Horn.

Simultaneously, he declared to fight against Amir Iqbal Khan. However, this fight was canceled. Ultimately, the Pacquiao-Horn match took place at Suncorp Stadium on 2 July 2017.

Jeff Horn defeated Pacquiao via unanimous decision after 12 rounds. The scoring for this winning took a while to declare the winner. As 12 out of 15 media outlets scored against Horn. Lastly, the world boxing organization rescored this match round by round. They declared Horn as a winner since he won seven rounds out of 12.

Jeff defeated Anthony Mundine in just 96 seconds and then faced Michael Zerafa on 31 August 2019, in Bendigo. For the second time in his career, Jeff lost via technical knockout in the ninth round. 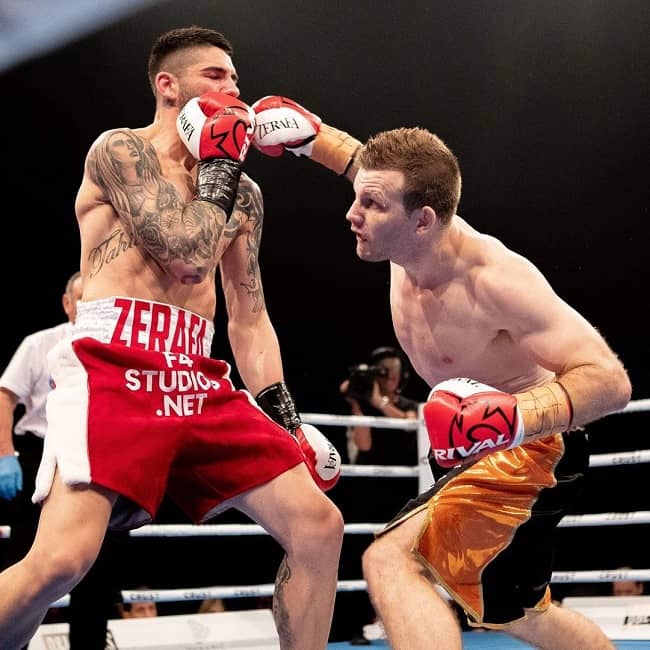 Caption: Jeff was captured during a match against Michael Zerafa. Source: Instagram

Jeff received the Sport Australia Hall of Fame Don Award in October 2017. This award is given for recognizing the sporting achievement of the year which has inspired the people of Australia. Then in November 2017, he bagged the Queensland Sport Star of the Year award.

The same year in December 2017, Jeff received the Sporting Moment of The Year award at the Australian Institute of Sport Awards. He also received the Les Darcy medal in August 2018 for his boxing and how Jeff represents himself in and outside the boxing ring.

Jeff is a married man. His wife is Joanna Horn and they tied the knot on September 6, 2014. The couple welcomed their daughter Isabelle Kate Horn on 30 December 2017. The couple also has another daughter named Charlotte Lucie Horn.

Joanna Horn has openly discussed how she doesn’t like Jeff fighting. She has also threatened him to take up boxing to show Jeff how she feels while Jeff fights in the ring. Following the brutal beating that Jeff took from Tim Tszyu on August 26, 2020, Jeff’s family reportedly believes that it’s time for him to call it quits. 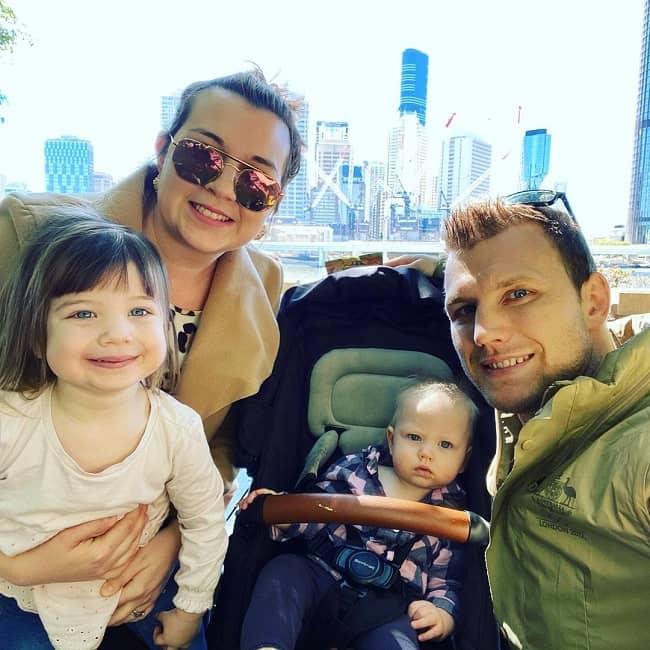 Caption: Jeff posing for a photo with his wife and daughters. Source: Instagram

Jeff stands tall at a height of 5 feet 9 inches and his weight is around 140 lbs or 63 kg. Likewise, Jeff has blue eyes and light brown hair color. Other than this, there is no information regarding his other body measurement details including his chest-waist-hip measures, biceps, dress size, etc.

Talking about his social media presence, Jeff joined Twitter in August 2012 and so far has over 14.9K followers on his @jeffhornboxer account. Likewise, on Instagram, Jeff goes by @jeffhornboxer. On this platform, Jeff has garnered over 47.6k followers.