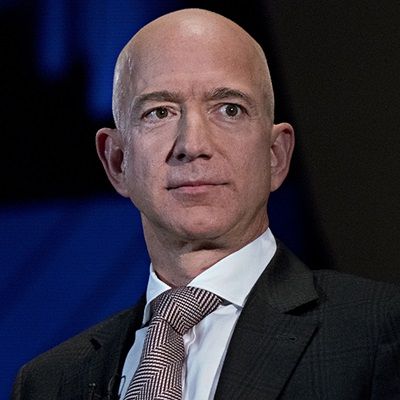 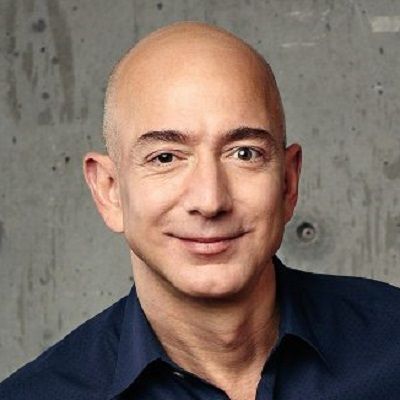 Jeff Bezos is a billionaire founder and CEO of the goliath e-commerce site Amazon. Jeff Bezos is the richest man in modern history as per Forbes, he is also an investor, philanthropist, and aerospace entrepreneur, Blue Origin LLC.

Jeff Bezos was born on January 12, 1964, as a Jeff Jorgensen in Albuquerque, New Mexico, U.S. 57 years old, Jeff’s parents are Ted Jorgensen and Jacklyn Gise. Later, when he was 3, his father abandoned him and his mother.

His mother’s ancestors were settlers of Texas. They inherited a 25,000-acre ranch near Cotulla. During his childhood, he used to spend his summers laying pipes, vaccinating cattle, and fixing windmills at his grandfather’s Texas ranch.

After separation, her mother moved to Houston, Texas with Miguel Bezos. Miguel Bezos was a Cuban Immigrant; he officially adopted Jeff at the age of 4. Miguel became an engineer for Exxon. Jeff has a stepbrother named Mark Bezos. He also has a sister named, Christina Bezos.

Jeff Bezos has a horoscope of Capricorn and by nationality he is American. He is a non-vegetarian and loves to eat Octopus with potatoes, Bacon, and Green Garlic Yoghurt. Jeff’s dream was of traveling in space. Later, he fulfilled it by becoming an aerospace entrepreneur. Further, he also showed his interest in working with things by turning his parents’ garage into a laboratory and rigging electrical contraptions around his house as a child. 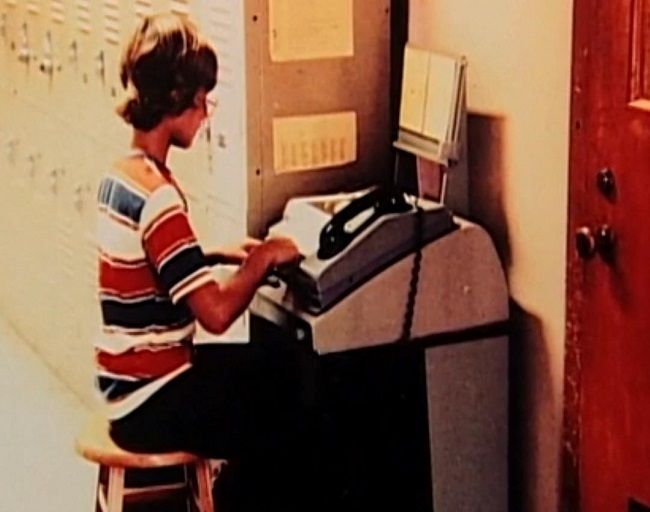 After moving to Houston, Jeff studied at River Oaks Elementary School from grades four to six. Again, his family shifted to Miami, Florida. He attended Miami Palmetto Senior High School. In Florida, he also attended the Science Training Program at the University of Florida. He was a valedictorian in high school.

In high school, he used to work at a McDonald’s as a short-order line cook on the breakfast shift. Also, he commenced his first business enterprise, the Dream Institute. It is an educational summer camp for fourth, fifth, and sixth graders.

While enrolling at Princeton University, he took a summer job as an Analyst and Programmer in Norway, a year after that he improved the IBM program in California. After graduating from Princeton, he worked at the various firms on Wall Street like Fitel Bankers Trust, and the investment firm D.E. Shaw. From 1990, he worked as the youngest Vice President in ‘D. E. Shaw & Co, New York’. In 1993, Jeff decided to set up an online book store. Amazon was set up in his garage and initially named Cadabra.

The name was changed after the Amazon River in South America, also it consists of the Letter ‘A’. Investors and market analysts were quite dubious about his business enterprise in the beginning. Despite the traditional book stores, his business had an outrageous growth. In 1997, the company was made public. Later, Jeff expanded his retail store with lots of other products. In 1998, Amazon started to include CDs and videos.

In 2000, he launched Blue Origin – an aerospace space station. Blue Origin represents the Earth as the point of origin. At the age of 18, he founded Blue Origin because he wanted to preserve Earth from overuse through resource depletion.

Again in 2002, clothes were available in their portfolio. In the same year, Jeff Bezos launched Amazon Web Services; it assembled data from weather channels and website traffic.

Earlier, Jeff warned his investors that Amazon would go bankrupt, but his words turned into reality. In late 2002, rapid spending from Amazon resulted in financial distress, this made their revenues still. After a year in 2003, Amazon made a comeback with a profit of $400 million. Bezos launched the Amazon Kindle in 2007 November. He wanted to introduce the same flow state found in video game simulations in books.

In 2010, Amazon signed and The Wylie Agency signed a deal together. This gave Amazon digital rights to the works of authors. Though, it made the authors furious but, readership and sales increased, thereby benefitting the authors. Bezos initiated Kindle Fire, a color touch screen mini tablet computer. Amazon gave e-readers the comfort and convenience of Kindle Paperwhite by providing illuminated touchscreens that enabled reading in the dark.

In 2013, Bezos dealt a $600 million contract with the Central Intelligence Agency (CIA) on behalf of Amazon Web Services. He launched Amazon Studios apart from Amazon Local, and LivingSocial.Because of the high growth of Alibaba, Jeff Bezos expanded his venture in India. In 2017, he became the wealthiest person leaving Bill Gates behind. 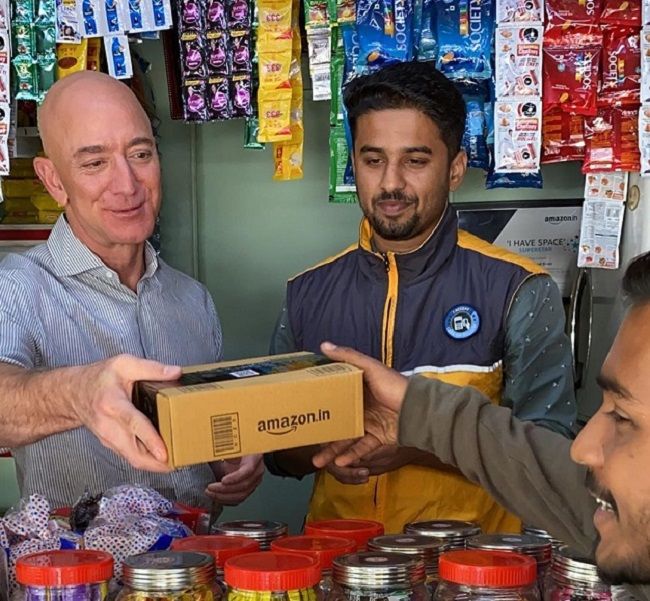 Caption: Jeff Bezos delivering a package to a customer in India, Source: Instagram

On August 5, 2013, he purchased The Washington Post and other publications related to it. The same year, Bezos released an experimental initiative called Amazon Prime Air that uses drones capable of carrying weight up to 5 pounds and traveling 10 miles to provide delivery services to customers. Further, Amazon acquired “Whole Foods” in 2017.

He founded the retrieval of these F-1 engine parts from the bottom of the Atlantic Ocean in 2015. Eventually, he donated them to the Seattle Museum of Flight. They belong to Apollo 16 (above) and Apollo 12 (below). Likewise, he donated to the Fred Hutchinson Cancer Research Center several times between 2009 and 2017. In 2013, he pawned $500,000 to Worldreader, a non-profit founded by a former Amazon employee.

In September 2018, he was the only one of the top five billionaires in the world who had not signed the Giving Pledge as reported. On May 23, 2017, he contributed $1 million to the Reporters Committee for Freedom of the Press. On June 15, 2017, he tweeted asking for ideas for philanthropy:

“I’m thinking about a philanthropy strategy that is the opposite of how I mostly spend my time—working on the long term”.

At that time, his lifetime spending on charitable causes was estimated to be $100 million. Similarly, multiple journalists responded by suggesting Bezos pay higher fees to Amazon warehouse workers. A year later in June, he posted a tweet on Twitter that he would announce two philanthropic foci by the end of summer 2018.

In January 2018, he spend a $33 million donation to TheDream.US, a college scholarship fund for undocumented immigrants brought to the United States as minors. In June 2018, he donated to Breakthrough Energy Ventures. It is a private philanthropic fund that promotes emissions-free energy. In September 2018, he donated $10 million to With Honor.

Moreover, on February 17, 2020, he pledged $10 billion to combat climate change through the Bezos Earth Fund. Further, he even donated $100 million to food banks through Feeding America during the COVID-19 pandemic.

Jeff brought the ‘Silver Night Award’ in 1982. When he attended the Student Science Training Program at the University of Florida. Jeff got an honorary doctorate in Science and Technology from Carnegie Mellon University in 2008.

He is one of the best of America’s leaders. In the year 2011, The Economist awarded Bezos and Gregg Zehr an Innovation Award for the Amazon Kindle. In 2012, the National Retail Federation awarded him the Gold Medal Award.

The richest man so far earns approximately 215 million a day, $6.54 billion a month. His estimated net worth changes every year, as he frequently sells shares of Amazon. As of now, Bezos’s net worth is $126 billion. As per the other online sources,  he gets richer by $8 billion a minute.

In February 2020, he bought the Warner Estate from David Geffen for $165 million, a record price paid for a residence in the Los Angeles area. A previous record high price of $150 million was paid by Lachlan Murdoch. During the COVID-19 pandemic, his fortune had grown by $24bn, citing a surge in demand from households on lockdown shopping on Amazon.

MacKenzie Tuttle was his ex-wife. Novelists MacKenzie and Jeff came across this while working for D.E Shaw in Manhattan. The couple has four children, three sons, and an adopted daughter. Jeff is currently dating Lauren Sánchez. The couple attends various events together these days.

On January 9, 2019, he and his wife of 25 years, MacKenzie, declared on Twitter their intention to divorce after a “long period” of separation. On April 4, 2019, they divorced, with him keeping 75% of the couple’s Amazon stock and MacKenzie getting the remaining 25% ($35.6 billion) in Amazon stock.

In 2018, Jeff Bezos was blamed for sales tax avoidance, misusing postal routes, and anti-competitive business practices. That year, Amazon’s share price fell by 9% in response to the President’s negative comments. Because of this, Jeff’s wealth was reduced by $10.7 billion.

This time, the crown prince of Mohammed bin Salman was accused of hacking his phone of him after sending encrypted texts. There were headlines on the top of almost every newspaper and online site. “Michael is my older brother. He secretly provided my most personal information to the National Enquirer — a deep and unforgivable betrayal,”. This was the statement made by Lauren Sanchez provided by her lawyer, Terry Bird.

Michael Sanchez sued Jeff for defaming him. Jeff alleged Sanchez, the brother of his current girlfriend, Lauren for leaking his private messages and intimate photos to the National Enquirer’. Again, Jeff Bezos accused the National Enquirer owner of ‘extortion and blackmail’. 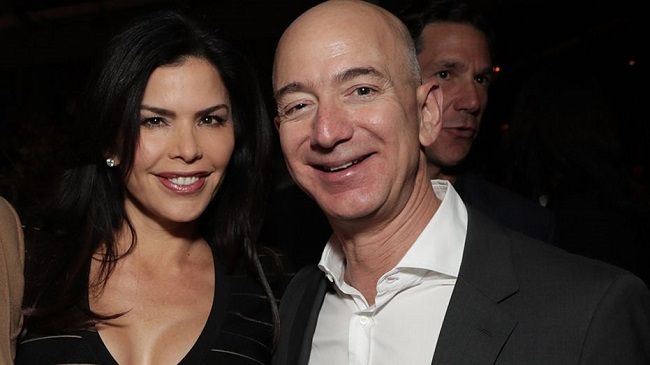 Jeff has a slimly built body whereas his weight has been unknown. Jeff stands tall with a height of 5 feet and 8 inches. He has light brown eyes and his hair is semi-bald. His hair might be Gray.