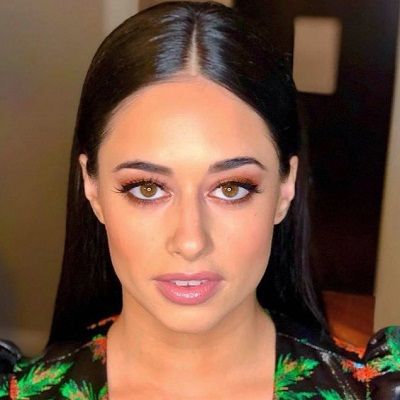 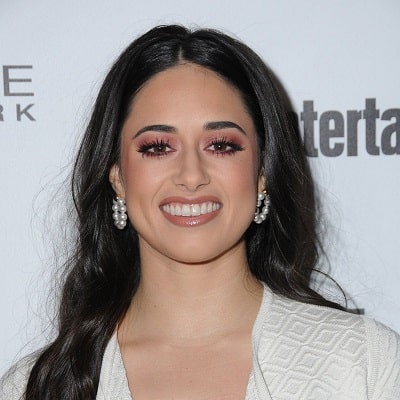 Jeanine Mason is an American dancer and actress popular for the role of Liz Ortecho in the drama, “Roswell, New Mexico”. Jeanine Mason’s acting career started after becoming the youngest winner of a dancing reality show, ‘So You Think You Can Dance. She is also a passionate supporter of the Alzheimer’s Association.

Jeanine Mason’s full name is Jeanine Marie Mason. She has turned 31 years as per her birth date on 14th January 1991. Talented Mason was born in Miami, Florida in the United States of America.

Mason’s parents’ details have not been revealed yet. Thus, we don’t know who her parents are, but as per Wikipedia, she belongs to a dance-oriented family in Pinecrest, a suburban village in Miami-Dade county.

Her sister is Alexis Mason, who appeared together in a dance show with Jeanine. Further, Jeanine’s birth sign is Capricorn and exactly as her birth sign describes, she is realistic and persistent. 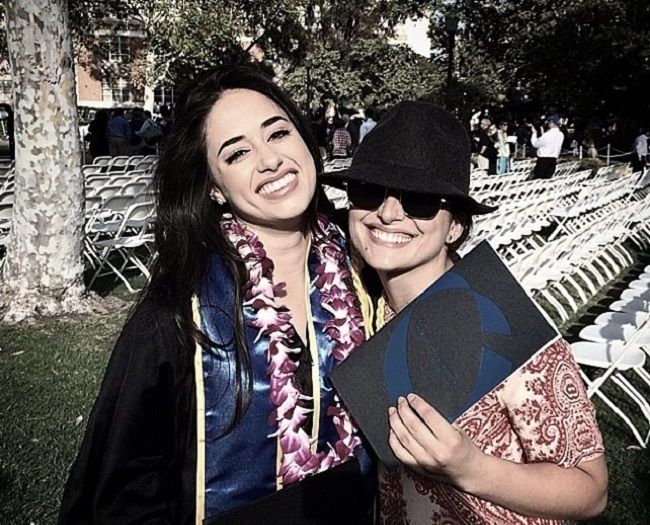 Mason took dancing classes at the age of 3. When all the other children were crying over cartoons, she was learning ballet and flamenco. She also studied jazz, acrobatics, hip-hop, and modern, and contemporary dance.

At the tender age of 11, with community and middle school productions she studied theatre. Again, when she moved to California she continued her study of Theatre at The Michael Woolson Studio.

“It’s always interesting to me how my studies mirror my life. Any time I’m learning new academic material, I find a way to use it in my work.  And the more material I have to pull from, the richer that work becomes.”

She attributes the knowledge she had gained in the school to charging her creative work.

Since 2005, the award list is going on and on. In 2005, she was awarded the ‘1st Place Overall High Score Teen Solo American Dance Awards’. Subsequently, she won the “Teen Elite Dancer West Coast Dance Explosion” in 2005 and 2006.

She crowned herself with the title of winner of So You Think You Can Dance with her hard work. She was at the age 18 in season 5.

Being a television and big-screen star, she has accumulated a decent amount of money. Her net worth is $1 million. Undoubtedly, with her dedication and extraordinary work, it is easy to assume that lots of money are coming her way.

At the age of 18, she came as a contestant on the dancing reality show, ‘So You Think You Can Dance’, in its 5th season. Later, she became the winner of the show in 2009, becoming the youngest winner in the history of the competition.

For the competition, Jeanine paired with Jason Glover and her choreographer was Travis Wall. For an overnight success, she has spent her whole childhood. She is a true example of dedication.

During So You Think You Can Dance, she partnered with various other participants. They were Phillip Chbeeb, Jason Glover, Brandon Bryant, Ade Obayomi, Evan Kasprzak, Kayla Radomsk, and Brandon Bryant. She also performed around three solo dances. 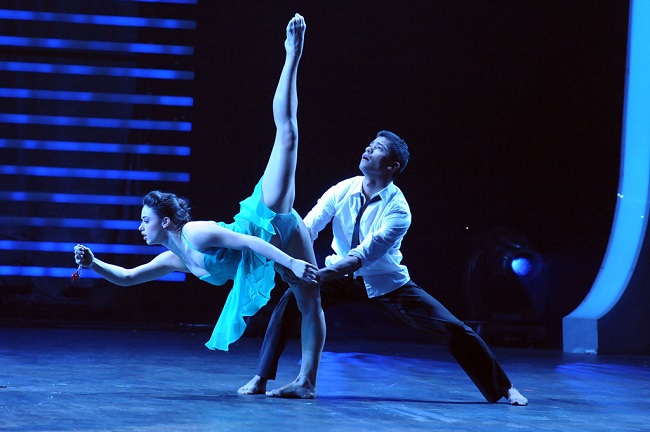 Furthermore, she has shown her amazing acting skills in various drama series and movies. Her journey of acting commenced after starring in the Halloween episode of ‘Big Time Rush‘ on Nickelodeon as Muffy in 2010.

In  2011, The Bling Ring, CSI, and The Fresh Beat Band are other on-screen projects she worked on. To name Hollywood Heights, Bunheads, The Secret Life of the American Teenager, and Awkward are some of her astounding movies.

In 2014, Dana received accolades for ‘You’re the Worst in the episode: “Equally Dead Inside”. She made an appearance in the drama series, ‘Awkward’ and ‘Delirium’ in the same year. She guest-starred in  ‘NCIS: Los Angeles in the role of  Bonnie Flores.

In ‘Of Kings and Prophets’, an epic biblical saga of faith series, Mason nailed the role of, ‘Merav’ in all nine episodes. “Waffles” and “Made Public” released in 2014 and 2019 respectively are her two short films.

Before landing in ABC’s drama series, Grey’s Anatomy, she had provided justice to her role of Juniper in Searchers. From 2017-to 2018, Jeanine lived the character of Dr. Sam Bello in Grey’s Anatomy.

Her recent films include Valerie Weiss’ The Archer (SXSW 2017) and Simon Brand’s Default opposite David Oyelowo. In 2019, she got the leading role in returning series, Roswell, New Mexico as Liz Ortho. Her viewers loved this role of her.

Besides being an actress and dancer, she is an ambassador for ‘PeaceLoveWorld’. It is a clothing line promoting positive thinking. Also, extremely talented Jeanine is the co-founder and co-artistic director of the Creative Works Theatre Company.

In 2020, she will be appearing in the film Christmas on the Square in the role of Felicity.

Regarding her love life, she accepted her relationship publicly with Beau Mirchoff in 2014.  They met in the studio in their acting class since then their relationship brewed. Actor Beau started dating Mason in 2011.

She was previously involved romantically with Mark Ballas. However. their relationship couldn’t work well and their relationship lasted from 2009 to 2011. But, now Mason is living a happy life with her boyfriend, Beau Mirchoff since 2011.

Socially active Jeanine has amassed almost 74k followers on Facebook with her real name, Jeanine Mason. She has been getting the love of 56.4k fans from her verified Twitter account with the username of ‘@itsjeaninemason’.

Talented and beautiful, Jeanine has a good physique and a flexible body. She looks adorable with her slim body. Mason has an average weight of 56 kg. Jeanine stands tall with a height of 5 feet 4 inches.

She has an almost perfect body with measurements of 35-25-36 inches. Furthermore, her pretty brown eyes and dark brown hair add extra beauty to her slim body. 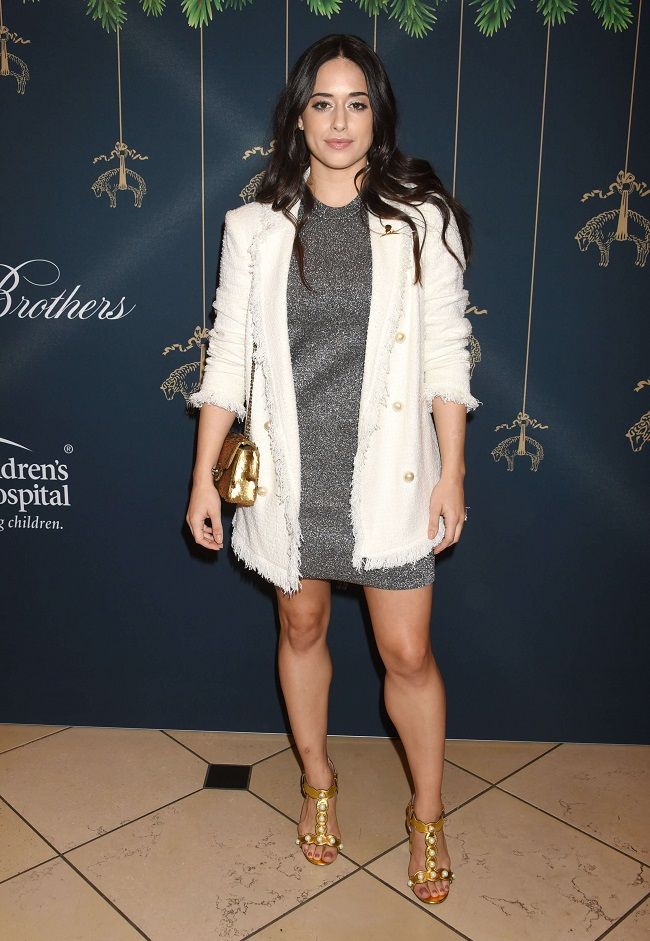