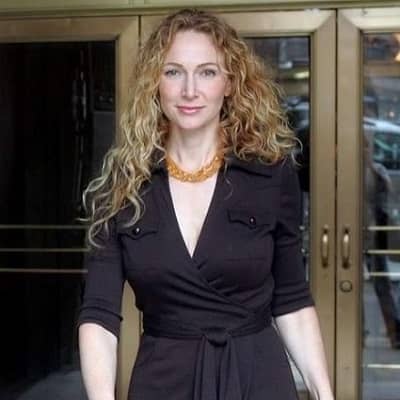 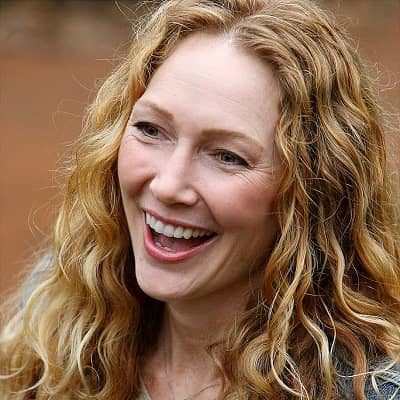 Jean Muggli is a famous celebrity ex-wife of Michael Strahan. Jean Muggli was previously a beautician and her profession led to her meeting with Michael.

Jean Muggli was born on 3 November 1965 and she is currently 55 years old. She hails from Carson, North Dakota, and her zodiac sign is Scorpio. She grew up in Queens Borough, New York. Caption: Jean Muggli posing for a photo with her family. Source: Celeb Critics

Jean Muggli is popular as the celebrity ex-wife of Michael Strahan. Her husband is an American former professional footballer. Michael was a defensive end and spent his entire 15 years’ career playing for the team “New York Giants” of the National Football League (NFL). Besides being a celebrity ex-wife, she once worked as a cosmetic store manager.

She got tangled in a controversy when her ex-husband claimed that she abused their twin daughters. Michael is actually fighting for primary custody of their children. Her ex-husband also claimed that he has proof of physical as well as emotional abuse. Furthermore, in the court documents that TMZ acquired, Michael also blames her for not letting their children play volleyball matches and equestrian events. Her ex-husband also helped the Giants win Super Bowl XLII over the New England Patriots. It was in Michael’s final season in the year 2007. After retiring from the NFL, her ex-husband became a media personality. Michael got elected to the Pro Football Hall of Fame in the year 2014.

Furthermore, her ex-husband is a football analyst on Fox NFL Sunday. Michael is also a co-host of ABC’s Good Morning America. Additionally, the former footballer co-hosted the syndicated daytime talk show Live! with Kelly and Michael working alongside Kelly Ripa from 2012 to 2016. For this, Michael won two “Daytime Emmy Awards”.

Similarly, in the year 2014, her ex-husband became a regular contributor on Good Morning America. Then in 2016, the network announced that Michael Strahan would be leaving Live! to join GMA full-time.

Jean Muggli was married to Michael Strahan. The ex-lovers first met each other at a skin-care salon in Manhattan. It was the workplace. The footballer actually visited the salon very often until he had the courage to ask her on a date.

The two tied the knot in the year 1999 in North Dakota. The ex-spouses share two daughters namely Sophia and Isabella. They are twin daughters born in the year 2004. Unfortunately, she and Michael filed for divorce in the year 2006.

She claimed that Michael used to beat her and even videotaped her sister undressing. Moreover, she wanted to end things with Michael as he had affairs with three different women throughout their marriage.

Despite her claims, Michael argued that she spent money excessively and spent $27,000 on their daughters’ clothing alone. Their divorce was finalized on 20 July 2006. She received $15 million in a divorce settlement through judge James B. Convery. Additionally, Michael had to pay $18,000 a month for child support. However, this amount reduced to under $13,000 in the year 2009.

After their divorce, her ex-husband engaged Nicole Mitchell. Nicole is Eddie Murphy’s ex-wife. However, the two ended their relationship in the year 2014. Moreover, from his previous relationships, her ex-husband already had two children namely Tanita and Michael Jr. These children were from Michael’s first wife Wanda Hutchens. Caption: Jean Muggli posing for a photo with her children when they were still very young. Source: Instagram

Jean Muggli stands tall at an approximate height of 5 feet 7 inches and her weight is around 59 kgs. Likewise, she has hazel eyes and blonde hair color. Other than this, there is no further information regarding her other body measurement details like her chest-waist-hip measures, dress size, shoe size, etc.