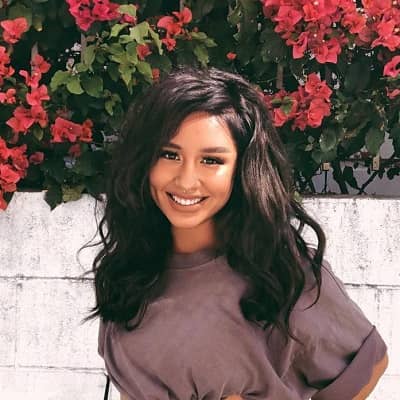 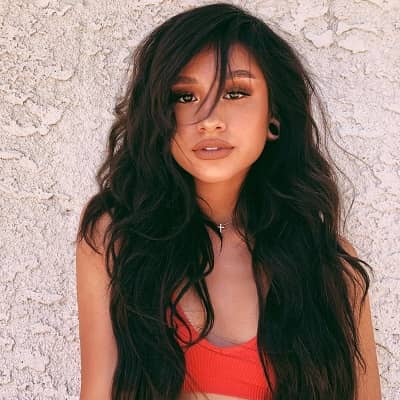 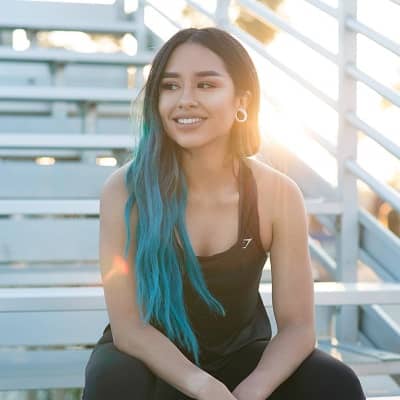 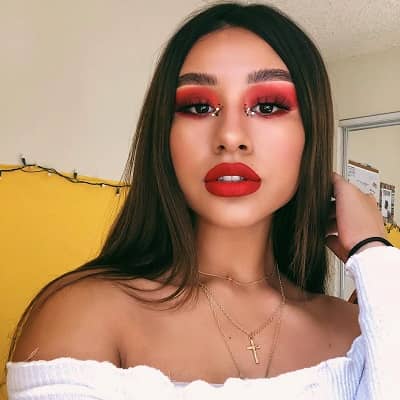 Jazmin Gonzalez was born on December 11, 1995, and her age is currently 26 years old. She hails from California and her zodiac sign is Sagittarius.

Jazmin is also popular on the web as “Jazminsus”. Jazmin has yet to share information regarding her parents, siblings, and other family details.

However, she has featured her little brother and mother on her Youtube videos. She also has yet to share insights into her educational journey.

But considering her age, we can assume that Jazmine might be a university student unless she decided to take a break or discontinue her studies to focus on her career at a young age. 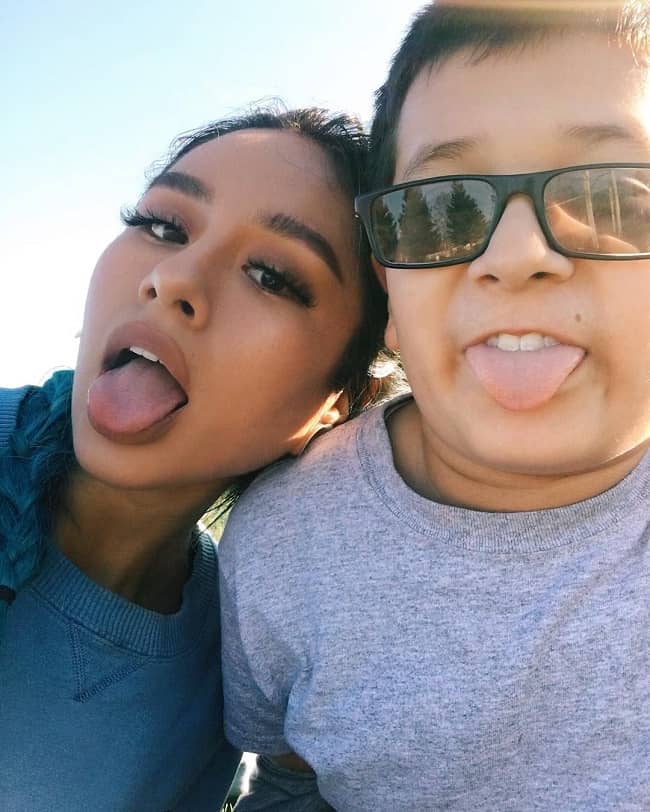 Caption: Jazmin Gonzalez posing for a photo with her little brother. Source: Instagram

Talking about her social media presence, Jazmin Gonzalez joined Twitter in July 2013 and so far has over 69.6K followers on her @jazmin_sus account.

She is also available on Instagram under the username @jazminsus. This account boasts 922 post shares and more than 342k followers while writing this biography in December 2020.

She then created her “jazmin Gonzalez” Youtube channel on July 29, 2014. So far, this channel has garnered over 49 million views and more than 705K subscribers.

Moreover, she also has a personal account on Depop.

We can also contact her at [email protected] for more inquiries. However, Jazmin has clearly mentioned in her Youtube description that she will ignore network and partnership emails.

Professionally, Jazmin Gonzalez is a young social media personality. She is popular as a fitness vlogger and beauty guru.

Moreover, Jazmin is also famous for her self-titled YouTube channel where she has earned more than 700,000 subscribers. She earns her subscribers and followers by creating tutorials, vlogs, and exercise videos.

Jazmin didn’t post any videos to her Youtube channel for a year after creating the channel in July 2014. She posted the first video titled Vlogging, squats, leg day in April of the following year.

Similarly, one of her most popular YouTube videos is titled DYING MY HAIR BLUE | BACK WORKOUTS which she uploaded in May 2016.

Furthermore, Jazmin is also a popular beauty and fitness personality on the web just like Jenny Nguyen. Jenny is a model and social media influencer.

Jenny is most popular for her @jennysakuraa Instagram account. In her Instagram profile, Jenny has accumulated more than 70,000 followers by sharing selfies and other photos of her daily life.

Moreover, Jenny first began her internet career in 2011 as a beauty vlogger on her YouTube channel.

Jazmin Gonzalez has come a long way from posting workout videos online as a hobby to becoming a full-time fitness influencer. She now shares her awesome lifestyle with everyone online.

Likewise, Jazmin’s curvy and lean physique is what inspires her followers to take action. This inspires them so that they can also enjoy the benefits of a fitness lifestyle. 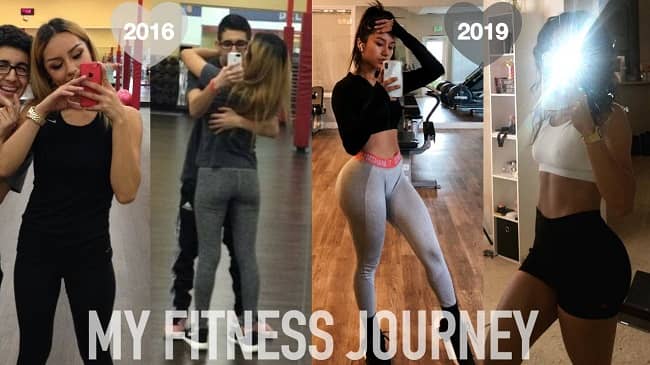 She is a fitness influencer as well as an online brand ambassador. She has done several types of training. Some of them are weightlifting and running.

Fitness influencer enjoys staying active every day. She most often does training in the gym. Moreover, the influencer’s favorite exercises include squats and deadlifts.

These workouts sculpt her amazing physique. Aside from her curvy legs and glutes, the influencer also boasts lean abs that everyone admires.

It’s clear that besides her clean diet, Jazmimn also worked hard in the gym to achieve her awesome midsection.

In addition to working out with weights, the young fitness influencer also enjoys doing cardio. Although she like any type of cardio, Jazmimn’s favorite is the one that is done outdoors.

Jazmin also enjoys hiking up the hills, swimming, or playing her favorite sports. This also makes the influencer’s time fly by and makes it easy to stay consistent with her cardio.

In terms of specific foods, Jazmin eats a lot of greens and organic animal products. Such a diet includes avocados, eggs, lean meat, and seasonal fruits and veggies.

Furthermore, as a fitness influencer, Jazmin Gonzalez also uses her presence to share everything she knows about training, nutrition, and lifestyle with the rest of the world.

Her fans and followers appreciate her hard work and dedication. She also pays it back by helping them achieve their fitness goals. 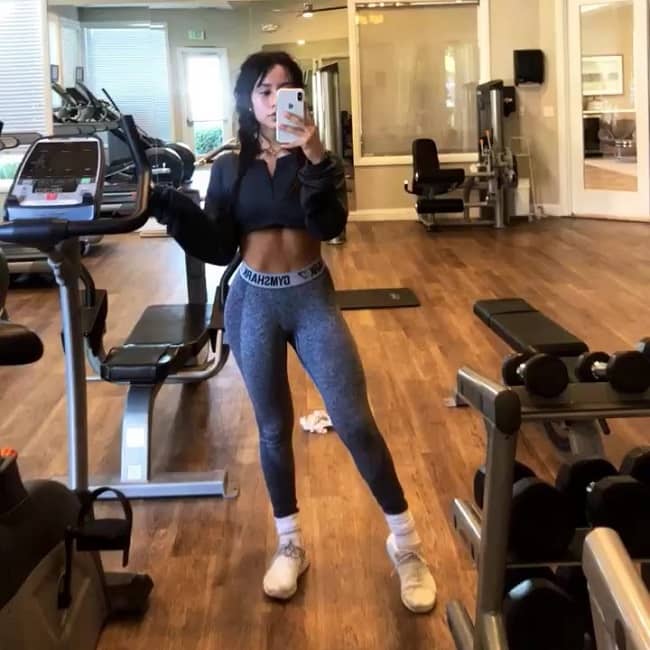 Caption: Jazmin Gonzalez posing for a photo at a gym. Source: Instagram

There is information that Jazmin Gonzalez started dating Luiz Machuca in 2016. However, in most of her Youtube videos, she mentions Pelin as her boyfriend.

In a Q&A video titled OUR 6 YEAR RELATIONSHIP Q&A shared on April 11, 2018, Jazmin mentions that the two have been together for 6 years at that time.

Jazmin and Pelin used to hang out almost every day until they started a long-distance relationship.

Jazmin has featured her lover in many of her Youtube videos including I MADE MY BOYFRIEND BE ME FOR A DAY LOL; we answer ur Q’s while trying capriccio bubbly sangria… lol oh boy; surprising my mom & boyfriend back home *emotional*; surprising my long-distance boyfriend at his house; happy valentine’s day Pelin; fancy hotel vlog + morning cardio/hiit; WHISPER CHALLENGE W/ BOYFRIEND PELIN; and surprising my boyfriend among numerous others. 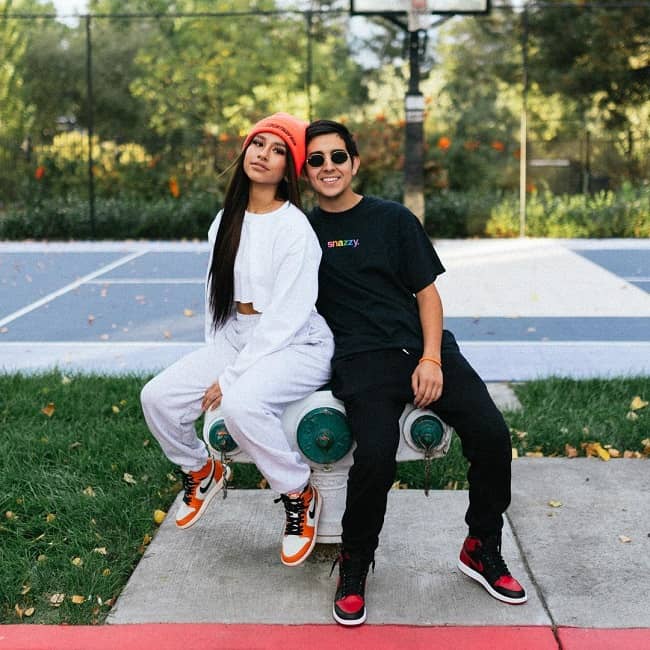 Caption: Jazmin Gonzalez posing for a photo with her boyfriend Pelin. Source: Instagram

Jazmin Gonzalez stands tall at a height of approximately 5 feet 6 inches and weighs around 54 kgs. Likewise, she has dark brown hair and eyes of the same color.

She has experimented with her hair color with shades like green, pink, blue, gray, blonde, peach, blonde, etc.

Moving on, Jazmin Gonzalez has a net worth estimation of approximately $57,000 dollars.