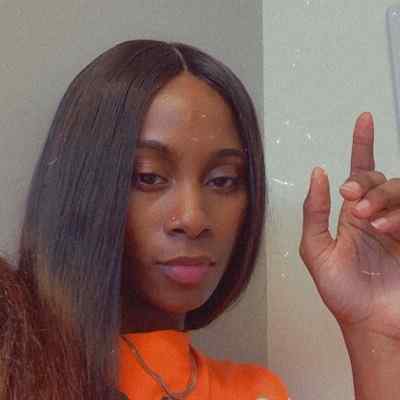 Jaylaaa is an American YouTuber, who is famous for her self-titled channel. Jaylaaa has gained massive popularity for her NBA 2k gaming montages and playthroughs alongside personal vlogging and storytimes.

Jaylaaa is 20 years old. Her full name is Jaylaa Lewis. She was born on August 1, 2000, in the United States, under the astrological sign of Leo. She has two siblings; a younger sister and a brother with whom she has made a YouTube video titled “WHO’S MOST LIKELY TO? FT BROTHER AND SISTER!.”  Apart from that, there is not much information is available on her family, upbringing. She belongs to American nationality.

Moving toward Jaylaa’s educational background, she has not made the information regarding her education public as of yet but from the content on her Youtube Channel and her Instagram. Morreover, we can assume that she comes from a privileged family and so, is well educated.

Jaylaaa is a social media personality, who gained fame through her youtube channel where uploads her gaming videos. She launched her YouTube channel on March 3, 2015. She started sharing videos on the channel after a year. On April 14, 2016, she uploaded a first video titled “MY SHOE COLLECTION ☺️??.” She is fond of shoes and has a good collection of them. Her first video got a good response with thousands of views.

Secondly, she posted a video titled “GTA5 ONLINE DEADLINE DEATHMATCH (PS4) #LIKE,” in November of 2016. Since then she started posting gaming videos to her channel. Previously, she has named the channel titled Jayla’s Gaming. She first got inspiration from Alfredo Villa to start YouTube. She has earned massive popularity for her NBA 2k gaming montages and playthroughs alongside personal vlogging and storytimes.

As of now, her channel has garnered more than 186K subscribers, with almost 5,537,798 views. Two of her famous video on her channel include “BEST FEMALE SHARPSHOOTER GETS REVENGE ON THE KID WHO 1V1 HER BROTHER!!!!,” and “I was given a GTA5 Account with money that’ll last you forever 96Billion!.” The first video has garnered more than 195K views and 147K views on the second video.

Additionally, she has also created another secondary YouTube channel LifeWithJaylaa on April 8, 2018. Firstly she posted a video titled “WELCOME TO MY SECOND CHANNEL!,” in October of 2019. She posts her daily life vlog video which has sought the attention of 17.3K subscribers. 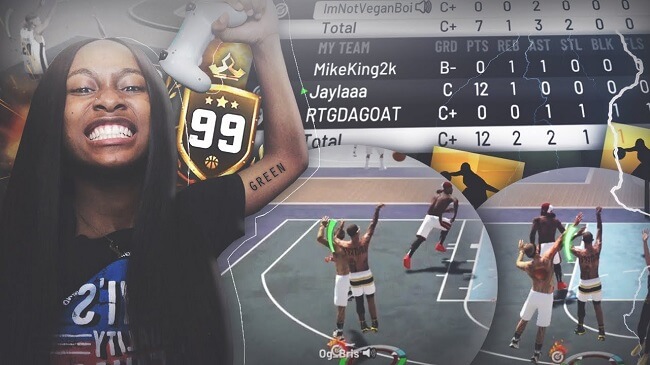 Jaylaaa’s estimated net worth is estimated to be around $100k-$1 million (According to some online resources). This Youtuber has her Instagram as well through which she can generate income from there through ads and sponsorships. She is enjoying her living with good fame and earnings through her work.

Jaylaaa is probably single currently. She has not been engaged or married before and has no children. There is even no information on her past relationships. She prefers to keep her love life private and as such there is isn’t much information on her dating life. Currently, she is enjoying her life and focusing on her career.

Jaylaaa has brown hair and a pair of brown eyes. Other than that, she prevailed private on her physical statistics such as height weight and body measurements. However, she stands at a good tall height. 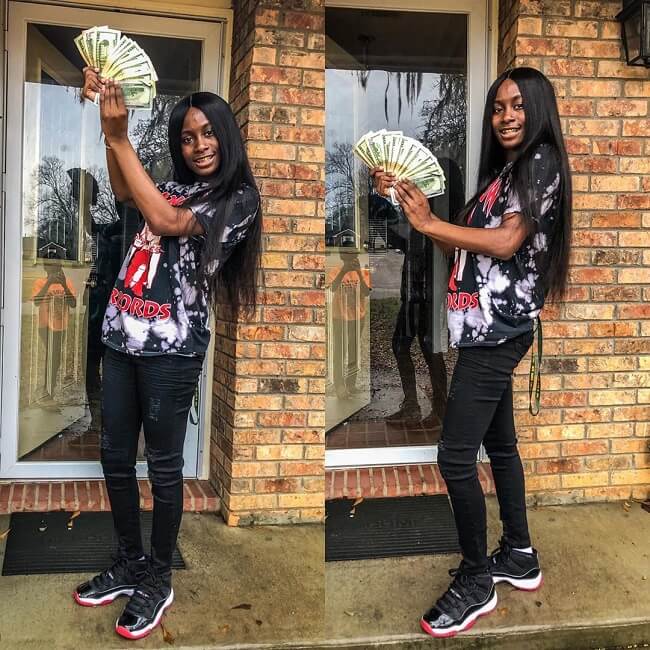 Caption: Jaylaaa posing for a photo with money on her hand (Source: Instagram)