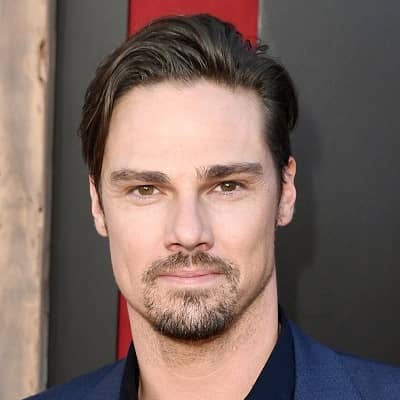 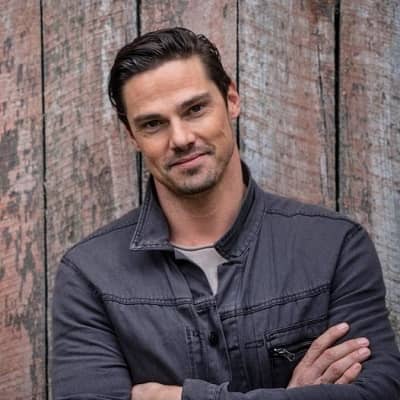 Jay Ryan is a prominent New Zealand actor. Jay Ryan gained fame for his roles in various series and films including ‘Go Girls’, ‘Neighbours’, ‘Beauty & the Beast’, ‘Mary Kills People’, ‘Offspring’, and ‘It Chapter Two’ among numerous others.

Jay Ryan was born on 29 August 1981 and he is currently 39 years old. Jay hails from Auckland, New Zealand, and his zodiac sign is Virgo. Talking about his family, Jay has a sister who is half Tongan. However, her name and identity are not revealed yet. Moreover, Jay changed his name from Jay Bunyan to Jay Ryan. At his young age, Jay used to be a clown and entertain young children on the weekends at a local supermarket. 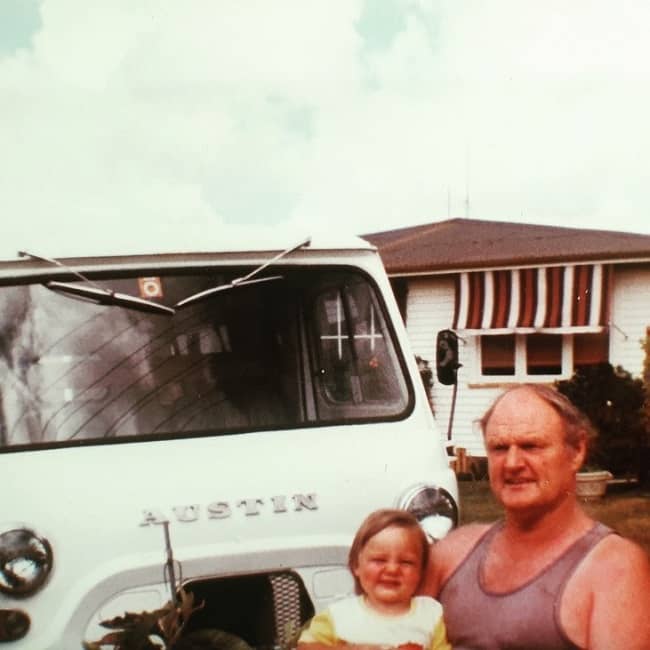 Professionally, Jay Ryan a prominent actor. Jay is most popular for playing the roles of the character Jack Scully in Neighbours, as Kevin in Go Girls, Mark Mitcham in Top of the Lake, Vincent Keller in Beauty & the Beast, and Detective Ben Wesley in Mary Kills People. All the aforementioned TV series and programs are based in multiple countries ranging from Australia, New Zealand, Canada, and the United States.

Moreover, Jay also made his feature film breakthrough with It Chapter Two. In this project, Jay played the role of adult Ben Hanscom. Moreover, this is a sequel to It, the 2017 horror film. Further, this film is based on the 1986 novel.

Under the name Jay Bunyan, Jay Ryan appeared as Glen in the Scallywag Pirates released in the year 2000. Likewise, the actor also had a minor role in Xena: Warrior Princess. Furthermore, Jay Ryan is also popular for portraying the role of the character Jack Scully in Neighbours. It is an Australian soap opera and Jay worked on this project from late 2002 until January 2005. 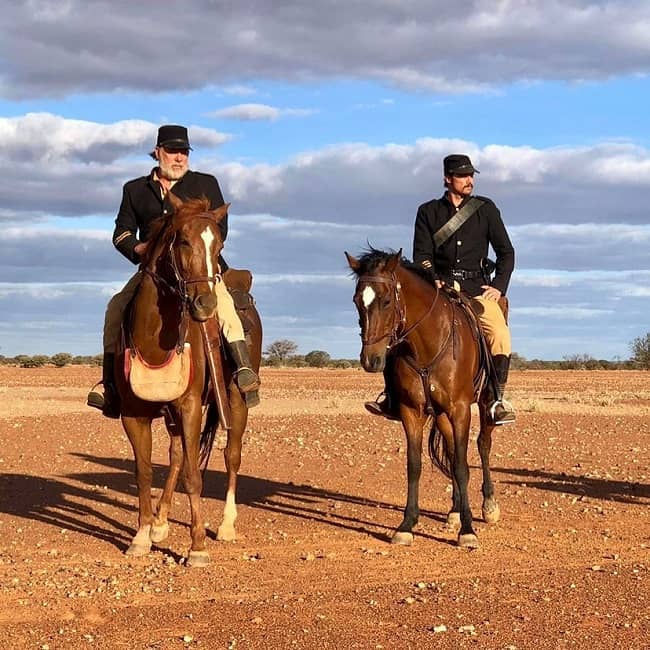 Caption: Jay Ryan in a scene of The Furnace with Erik Thomson. Source: Instagram

Then from the year 2007 to 2009, Jay played the role of Seaman William “Billy” Webb aka Spider. This character is from the popular Australian drama, Sea Patrol. Additionally, Jay is from a theatre background. The actor has also shared the stage with popular actors including John Cleese. The actor has also toured internationally with The Packer. The Packer is an acclaimed solo show that playwright Dianna Fuemana wrote.

Likewise, from the year 2009 to 2012, the actor played the role of Kevin in Go Girls. It is a New Zealand comedy/drama series. Then in the year 2011, Jay joined the cast of Offspring. It is an Australian comedy/drama series. The same year, Jay guest-starred on Terra Nova. It is an American science fiction series and Jay played the role of a murderer. Furthermore, for this role, Jay Ryan had to use an American accent.

Then in the year 2012, Jay Ryan appeared as the male lead in Beauty & the Beast. The same year, the actor began working with Academy Award-winning director, Jane Campion. It was for the BBC miniseries Top Of The Lake. Jay also received the award “Best Actor” in New Zealand’s Best On The Box awards.

Furthermore, the actor also appeared as the adult Ben Hanscom in It Chapter Two. Jay shares the character with actor Jeremy Ray Taylor. The actor has also appeared in several other TV series including Young Hercules, Superfire, Being Eve, Interrogation, The Tribe, and You Wish among others. 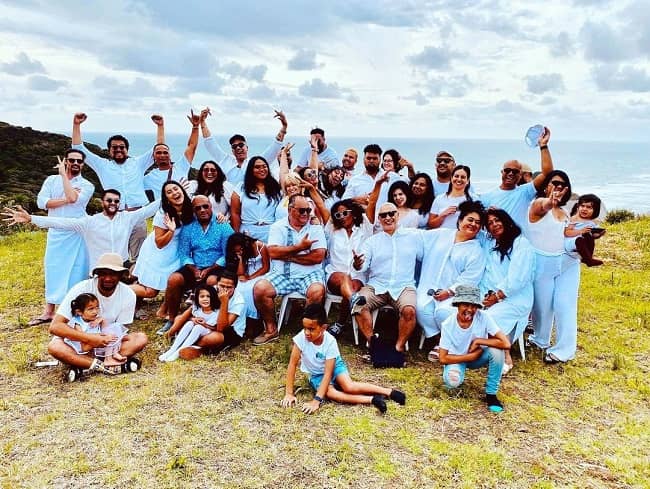 Caption: Jay Ryan posing for a photo with his whole family. Source: Instagram

Similarly, the actor also appeared in Belinda Chayko’s Lou. For this project, Jay worked with the British legend John Hurt. Likewise, he also appeared in the AFTRS feature The Rookie. Other short films that Jay Ryan starred in include Bleeders, Mockingbird, and Franswa Sharl.

Jay Ryan shares a daughter named Eve with his partner Dianna Fuemana. Jay and Dianna welcomed their daughter in the year 2013. Dianna is a famous Pacific writer, director, and performer. Jay’s partner writes for theatre as well as screen.

Mapaki is Dianna’s solo play that became the first play to bring a New Zealand-born Niue perspective to the professional stage. Then in the year 2008, Jay’s partner won the Pacific Innovation and Excellence Award. This was at the Creative New Zealand Pasifika Arts Award. Furthermore, Jay’s partner was also one of nine women writer-directors of the 2019 feature film Vai. 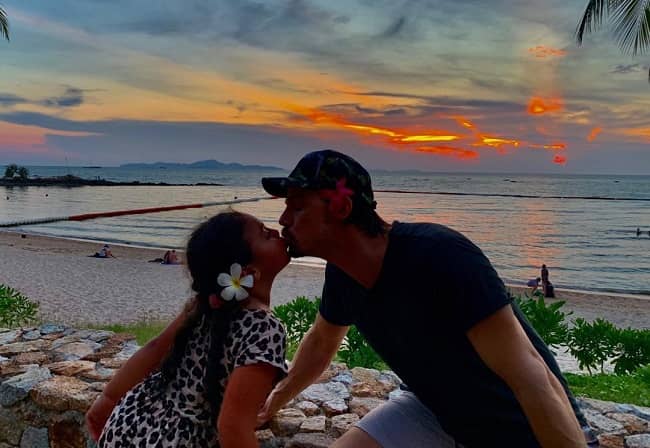 Caption: Jay Ryan posing for a photo with his daughter Eve. Source: Instagram

Jay Ryan stands tall at a height of approximately 1.85 meters or 6 feet and his body weight is around 79 kgs. Likewise, the New Zealand actor’s chest-waist-bicep measurements are 45-34-16 inches respectively. Other than this, there is no further information regarding Jay’s other body measurement details like his dress size, hip size, shoe size, etc. Moreover, Jay Ryan has dark brown eyes and hair of the same color.

Talking about the actor’s social media presence, Jay Ryan is available on Instagram under the username @jayryanofficial. While writing this biography in early 2021, the actor has shared exactly 101 posts and earned more than 401k followers. Moving on, Jay Ryan has a net worth estimation of approximately $3 million US dollars.