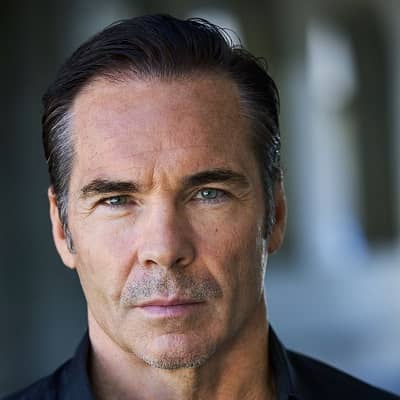 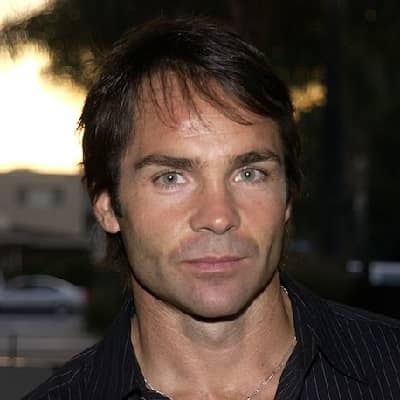 Jay Pickett was a famous actor, producer, writer, director, and social media personality from the U.S. Recently, Jay Pickett got into the limelight due to his unexpected death on 30th July 2021 while filming his movie, “Treasure Valley”.

Jay Harris Pickett is the late actor’s full birth name. His birthdate is 10th February 1961 and his birthplace is Spokane, Washington, the United States. Even though she was born in the U.S. she was raised in Caldwell, Idaho. The late director holds an American nationality and has been following Christianity as his religion.

Likewise, the zodiac sign of the American actor is Aquarius. However, the actor has not had to shred any information about his family and childhood. But he must have had a decent childhood without any problems.

As for his educational qualification, Jay is obviously a well-educated personality. After completing his primary education at school, he went on to join Boise State University. From there, she graduated, earning a Bachelor of Arts degree in the field of acting.

Then, he got into the University of California which is in Los Angeles for his further education. There, the late actor went on to complete his Master of Fine Arts in the same field. While studying, he also performed in several theatrical productions at both universities. 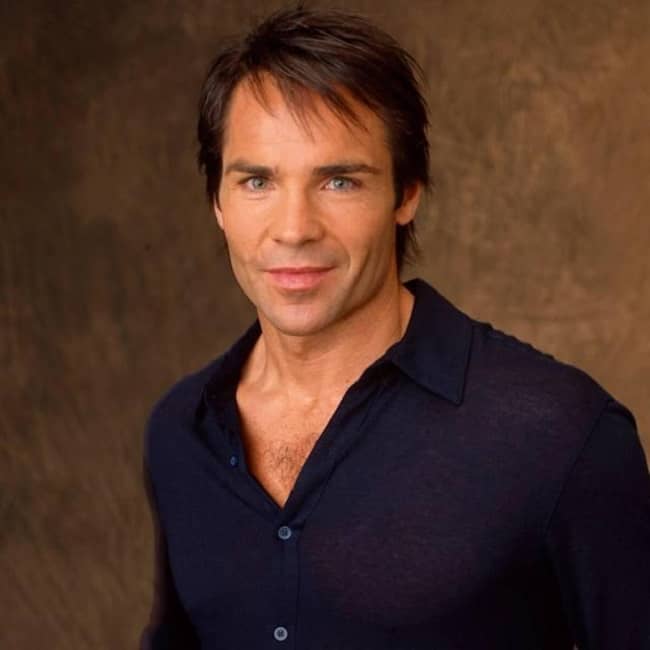 Caption: Jay Pickett when he was young (Source: Yahoo)

Recently, Jay got into the hype because of his sudden death. The amazing actor and director unexpectedly died on 30th July 2021 which was on Friday as mentioned. He was just sixty years old before dying. It has been found that he got a heart attack which resulted in his death in the end.

At the time of this incident, he was just arranging everything to record one of the scenes for the movie, “Treasure Valley”. The director of the same movie was Travis Mills which set was nearby Oreana, Idaho. Obviously, due to his sudden demise, everyone was shocked, traumatized, and sad.

Jay made his debut on TV getting several characters in the short series from the year 1991. Some of them are Rags to Riches, Jake and The Fatman, Matlock, Mr. Belvedere, China Beach, Days of Our Lives, Dragnet, and Perry Mason. In 1997, he got the role of Frank Scanlon acts in the ABC drama, “Port Charles”. The character, Frank here is a faithful paramedic and substitute educator and also Joe Scanlon’s complex elder brother. His role in this drama was loved and appreciated by many people and it ran till 2003.

In the year 2006, he was substituted for actor Ted King to act in the new series of Port Charles. It was the soap opera General Hospital and the role was of Lorenzo Alcázar. From the year 2007 to the year 2008, he was present in the General Hospital for the repetitive character of Detective, David Harper.  From the year 1991 to the year 1992, he got the character of Chip Lakin while working in the serial, “Days of Our Lives’. In the year 1995, the actor was present in “A Perry Mason Mystery: The Case of the Jealous Jokester”.

Additionally, he was also present in Stewart Hancock’s “Landslide” in the year 2005. The late actor then got the role of John in the TV show, “The Perfect Student” in the year 2011. His movie career began in the year 1989 while acting as Parker in “Rush Week”. In the year 1991, Jay was present as Man in Jeep in “Eve of Destruction”.

He also got the character of Russell Stewart to act in the movie, “Rumpelstiltskin” in the year 1995. Then, he got the chance to be present in “Bundy: An American Icon” as Ross Davis was out in the year 2008. In the year 2010, Pickett became a part of “Abandoned” as Detective Franklin. As a producer and co-writer, Jay brought out “Eden Jackson” in Soda Springs in the year 2012.

He got the character of Stephen Whitaker to act in the 2014’s movie, “A Matter of Faith”. Recently, in the year 2020, he was present in the movie, “A Soldier’s Revenge” as Kennedy. Other than his professional career, the late actor had some interest in playing sports such as football, basketball, baseball, and also skiing. Furthermore, he was one of the expert roper and western horseman. 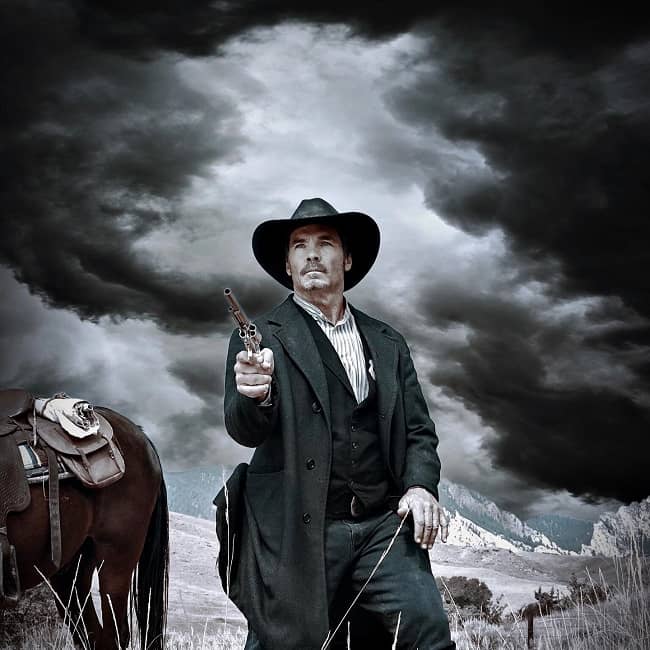 Caption: Jay Pickett’s image from one of his photoshoots (Source: Instagram)

The late actor was surely making a massive amount of money from her multiple professional careers. According to the recent update, the estimated net worth of Pickket was between $10 to $11 million USD before his death. He has earned all of them by working very hard in Shree Bhartan films as an actor.

Likewise, he has been making money as a director, producer, and writer and also by appearing in several TV shows.  On the other side, her beautiful wife, Elena has been making around $2 million to $3 million as an entrepreneur and fashion designer.

As everyone knows, Pickett’s sexual orientation is straight and he was in a marital relationship before his death. The name of his beautiful wife is Elena Pickett. Elena is also a famous personality like her husband. She is an amazing fashion designer, fashion enthusiast, entrepreneur, and also sales manager.

After the pair’s wedding, they started living in California. They are the proud parents of their 3 children, 2 daughters (Maegan and Michaela), and a son (Tyler). To this day, there is no such information about their broken marital relationship.

So, we can say that the lovely American couple has been together for a long time without any problem. In addition, the name of Jay’s best friend is Michael Dietz who is a former Port Charles co-actor.

After their sweet relationship, Michael has become the godfather of his kids, especially his daughter, Madison. Apart from this, the late director has also never been in any unwanted controversies and rumors too. He is only famous for his outstanding works as a multitalented artist. 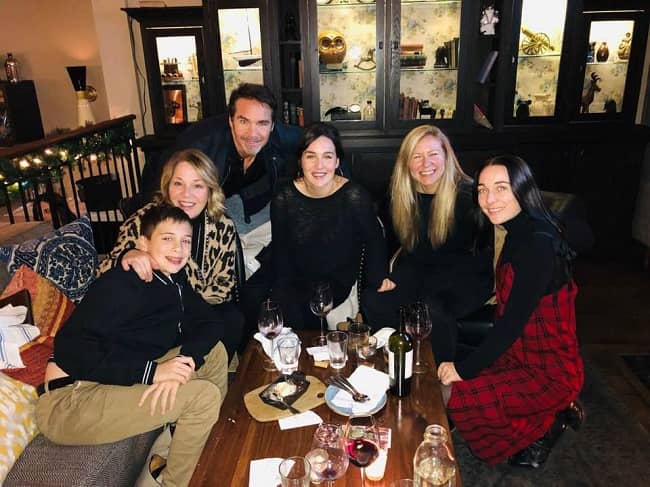 Regarding the late actor’s body measurement, he used to take care of his health and body structure very well. The height of Pickett is 5 feet 5 inches and his weight is around 63 kg or 139 lbs. Similarly, his chest size is 40 cm, waist size is 41 cm, and biceps size is 20 cm.

As an actor, he obviously has a masculine body and a dashing personality which attracts everyone. The late director has been wearing a shoe size of 12 US and a dress size of 15 US. Moreover, Jay has a fair complexion with a pair of brown eyes and short brown hair.

He had an Instagram account with less than five hundred followers as of 2022. Likewise, there are a Twitter and a Facebook account in his name. He joined Twitter some years ago in June 2016. Moreover, there are very less posts on his social media accounts as he seems to be keeping a low profile.