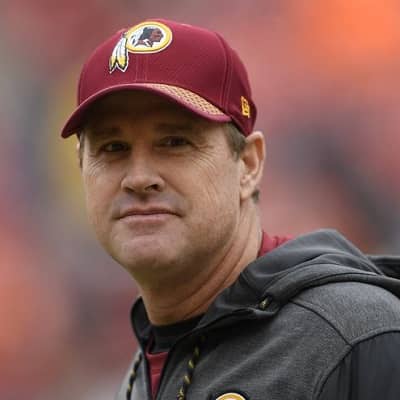 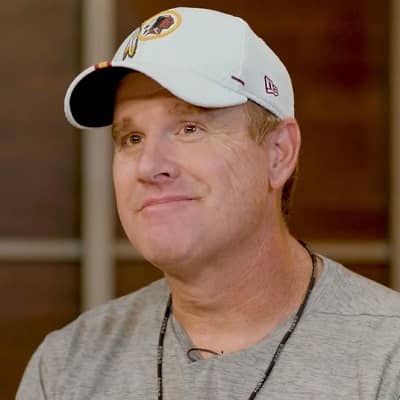 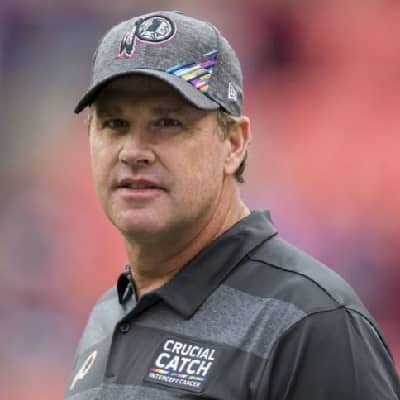 Jay Gruden is a famous American football coach and former quarterback. Jay Gruden has also served as the head coach of the Washington Redskins.

Jay Gruden was born in Tiffin, Ohio, United States of America, but was raised a Roman Catholic. His date of birth is March 4, 1967. He is presently 55 years old and his zodiac sign is Pisces. His full name is Jay Michael Gruden. Moreover, he attended George D. Chamberlain High School in Tampa, Florida. There, he played quarterback for the Chamberlain Chiefs high school football team under head coach Billy Turne.

His father is Jim, a professional football regional scout, and quarterbacks coach. Similarly, he has two brothers named Jon and James. Moreover, Jon is the head coach of the Las Vegas Raiders and James is a radiologist at the Weill Cornell Medical Center in New York. 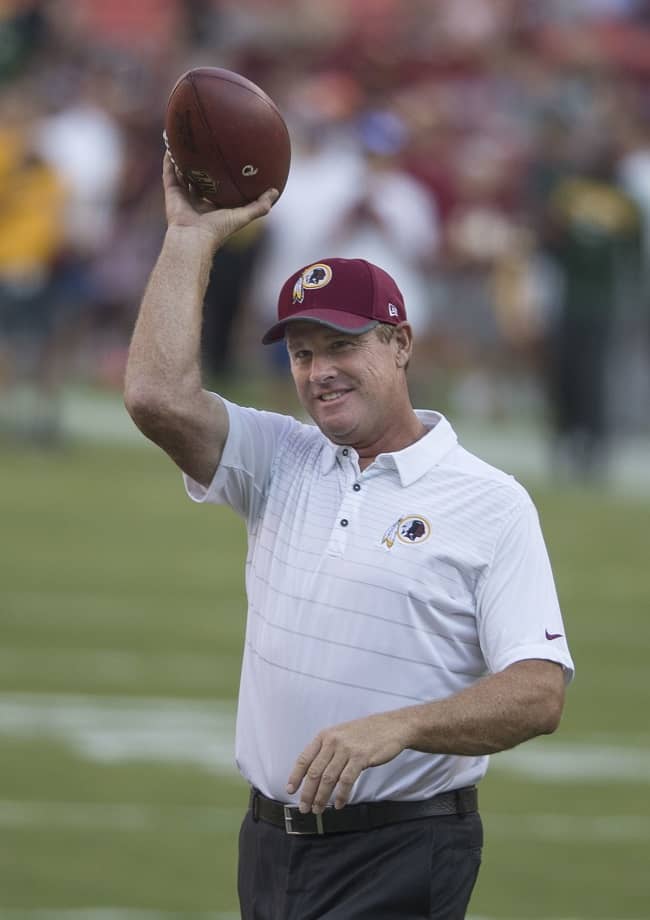 Previously, from 2014 to 2019, Jay worked as the head coach of the Washington Redskins. And, also as offensive coordinator for the Cincinnati Bengals from 2011 to 2013. Likewise, during his time in the Arena Football League (AFL), he won four ArenaBowls titles as the starting quarterback of the Tampa Bay Storm as a player and two more as a head coach.

Moreover, he played for two seasons in the World League of American Football. Also, he was named the league’s MVP in 1992. Then, after stepping off the field to coach, he returned to the field in 2002 as a member of the Orlando Predators. 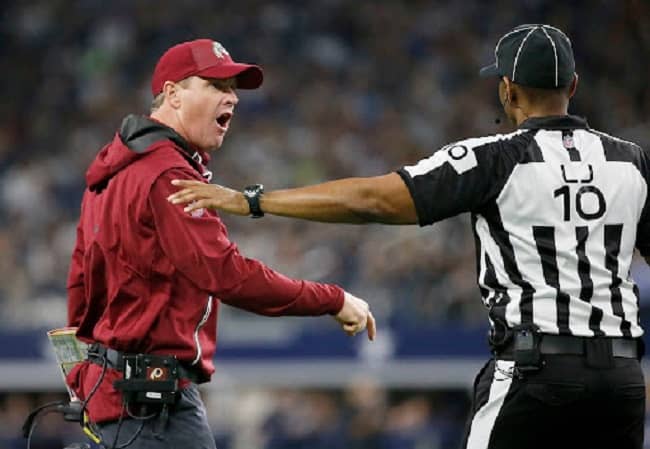 Talking about his coaching career, in 1997, he began his coaching career as the offensive coordinator for the AFL’s Nashville Kats. And, in the following year, he became head coach of the Orlando Predators. He came out of retirement and resumed playing in 2002. But, again he retired and returned to head coaching when his replacement, Fran Papasedero.

Likewise, from 2002 to 2008, he served as an offensive assistant for the Tampa Bay Buccaneers in the National Football League. In 2009, he was selected to be head coach Jim Haslett’s offensive coordinator for the Florida Tuskers of the United Football League. 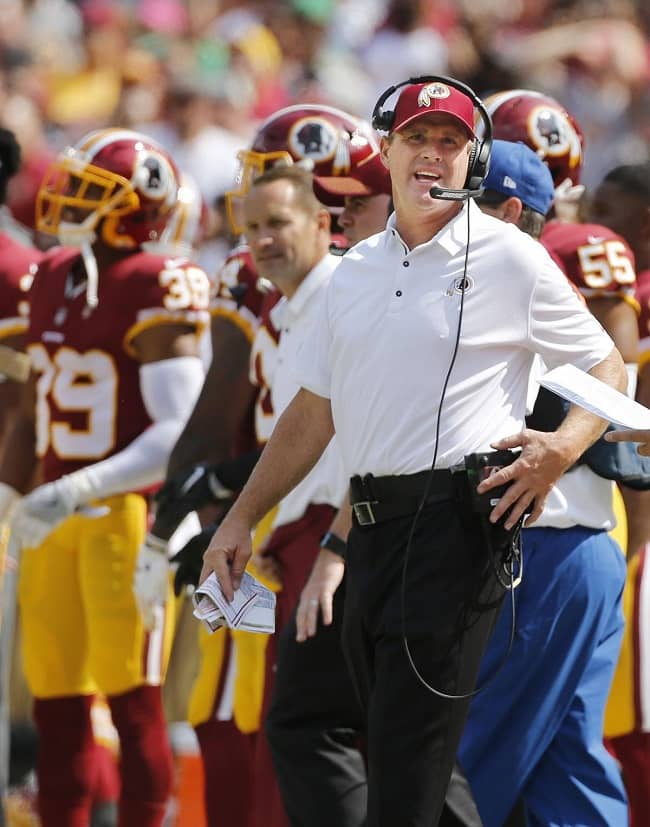 Caption: Jay Gruden while in the game. Source: Richmond

Moreover, on February 20, 2010, he was named head coach of the Tuskers to join Mike Shanahan’s staff with the NFL’s Washington Redskins. Similarly, he was hired as the offensive coordinator for the Cincinnati Bengals on February 3, 2011. Later, on January 13, 2012, he signed a three-year extension with the Bengals at the position.

Further, on January 9, 2014, he was hired as the new head coach of the Washington Redskins. And, on March 4, 2017, he signed a two-year contract extension with the team. Moreover, he was fired after starting seasons 0–5 on October 7, 2019. Likewise, on January 22, 2020, he was hired by the Jacksonville Jaguars as their offensive coordinator.

Jay is married to his wife Sherry Gruden. They met while they were at the same university. Moreover, he proposed to Cindy after he got hired as a coach at the university. And the pair got married on 6th July 1991. They are blessed with three sons namely Deuce, Michael, and Jayson. 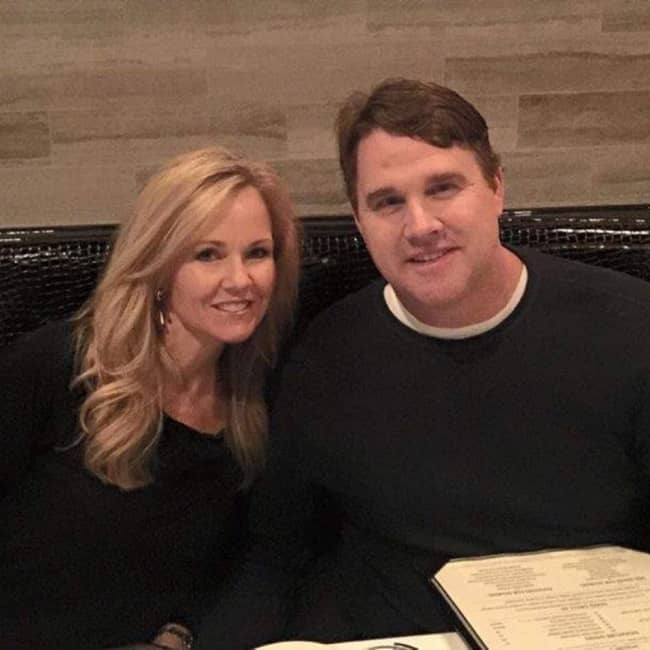 Jay has a well-maintained and muscular body physique. He weighs 102 kg or 225 lbs. Similarly, he has a tall height of 6 feet 2 inches or 1.88 m. He has not shared other body stats with the public. Moreover, he has brown eyes and he has blonde hair color.

Jay has gained over 199 followers on his ‘@thejaygruden’ Instagram page. Unfortunately, he is not active on other platforms.

He has a net worth of $12 million as of 2022. He earns throughout his professional career being a football coach.