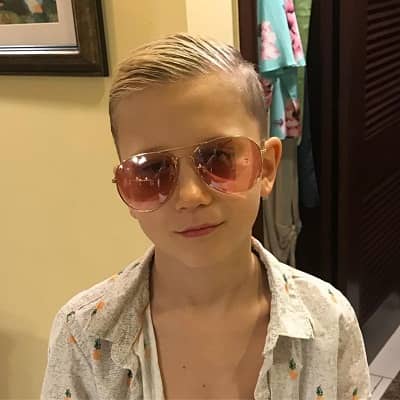 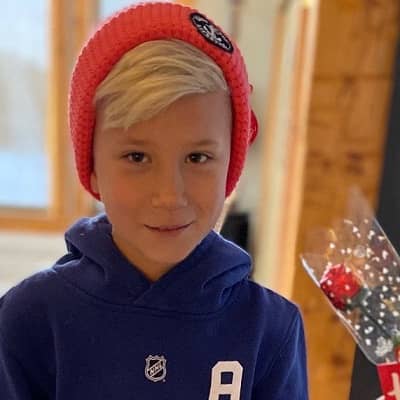 Jaxon Bieber was born on November 20, 2009, and he is currently 11 years old. He hails from Canada and his zodiac sign is Scorpio. Talking about his family, his parents are father Jeremy Bieber and mother Erin Wagner. Similarly, he is also popular as the half-brother of pop sensation Justin Bieber. Other than Justin Bieber, he has two other siblings. One is his biological sister Jazmyn and another is a half-sister named Bay. 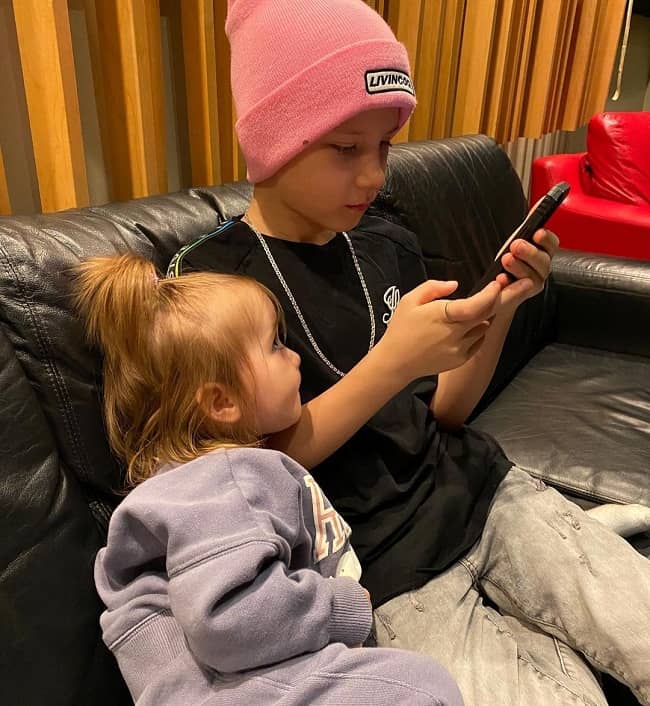 Jaxon Bieber is popular as the youngest half-brother of pop star Justin Bieber. His nickname is Jaxo. Likewise, at such a young age, he has over 1.1 million followers on his personal Instagram account.

To be more precise about his ties to singer Justin Bieber, he and Justin share the same father, i.e. Jeremy Bieber. But they have different mothers. Justin’s mother’s name is Pattie Mallette whereas his mother is Erin Wagner. Erin is Jeremy’s first wife.

Moreover, young he has also occasionally appeared on Justin Bieber’s Twitter and Instagram accounts. Further, he was introduced to a high-profile life at a young age as the result of being the sibling of Justin Bieber.

He also loves traveling and exploring new places. The young boy also loves playing ice hockey just like his elder brother, Justin. He also often posts pictures of participating in the popular Canadian sport. He is a definite sports enthusiast and never misses a good match.

Moreover, biking is one of his favorite hobbies and he loves spending time indulging in outdoor sports. His energetic, happy-go-lucky nature makes him even more lovable and his angelic smile can brighten up anyone’s mood.

When he was just six years old, he accompanied Justin Bieber to the 2016 Grammy Awards ceremony. He looked extremely cute and dapper as he walked on the Red Carpet. People have also given him affectionate nicknames like ‘Little Justin’, ‘Little Bieber,’ and ‘Prince’. 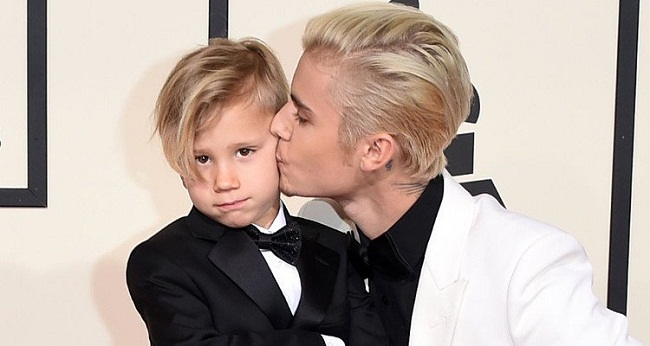 Caption: Jaxon Bieber and Justin Bieber captured during their red carpet moment at the 2016 Grammy Awards. Source: Earn The Necklace

Talking about Jaxon’s family member’s professional life, his mother Erin Wagner works at a telecommunication company called Fibernetics as an account executive and became the event director for DiamondBack Media. She is also an Instagram and Twitter star. Erin has more than 120,000 and 90,000 followers on Instagram and Twitter respectively. Furthermore, Erin is a second mother to Justin Beiber behind his biological mother Pattie Mallette.

Talking about his father’s profession, Jeremy Bieber is a social media sensation with over 2.1 million followers on his Instagram account. Similarly, Jeremy has a passion for tattoos and received his first ink at the young age of 16 years.

Similarly, Jeremy has always had a strong role in Justin Bieber’s life although he never married Justin’s mother, Pattie Mallette. Moreover, Jeremy was also a part of the inspiration for Justin Bieber’s song “My World.”

Furthermore, Pattie Mallette is also an author of the New York Times bestselling autobiography Nowhere but Up along with being the biological mother of Justin Bieber. She has more than 1.8 million followers on her Instagram account.

Pattie has also appeared in Canadian theatrical and television productions during her childhood. She gave birth to Justin Bieber at the young age of 17 years. Prior to this, she had gone through numerous episodes of sexual abuse, a suicide attempt, and a teenage struggle with drug addiction.

Moreover, Pattie was also the executive producer of a short film that starred actress, Ali Landry. She also appeared on the television show Huckabee, hosted by Mike Huckabee. 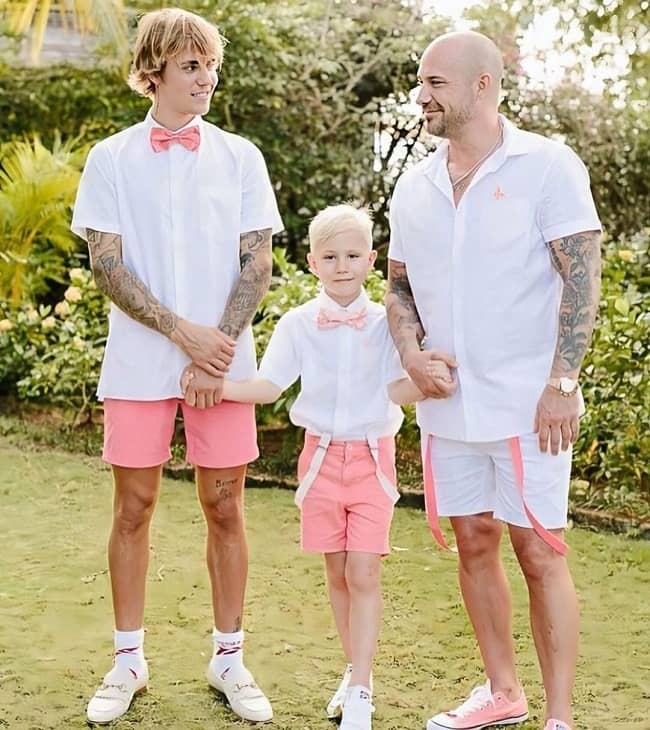 Caption: Jaxon Bieber posing for a photo in a matching outfit with his father Jeremy and brother Justin Bieber. Source: Instagram

At the young age of 11 years, Jaxon Bieber is obviously single at present. However, he is sure to attract many lovers in his future through his charms and talent. Talking about his parents’ relationship status, his father, Jeremy Bieber is currently married to Chelsey Rebelo.

Jeremy and Chelsey engaged in the year 2016 and they tied the knot in February 2018. The two welcomed their first child together in August 2018. It was a daughter named Bay Bieber. Justin Bieber introduced her to social media through an Instagram photo that amassed over 3.8 million likes within three hours.

Similarly, Chelsey also has a daughter named Allie from her previous relationship. Moreover, Chelsey started posting Instagram photos with Jeremy long before they were engaged. It was back since the year 2013.

Prior to marrying Chelsey, Jeremy Bieber was married to Erin Wagner for seven long years. However, they went their separate ways in the end and now they share custody of both him and his sister Jazmyn.

Moving on to the relationship status of the international singer Justin Bieber, he is currently married to Hailey Bieber. Prior to this, Justin was in an on-and-off relationship with singer Selena Gomez for multiple years. That began in December 2010. Later in July 2018, the lover engaged each other and secretly married two months later.

His body measurement details are not available at the moment. His height, weight, dress size, shoe size, chest-waist-hip measures, etc are all unavailable right now.

Nevertheless, as he is just a very young kid, hi’s body measurement stats shall keep changing for several more years to come. He is still in the phase of development and growth and hence his data will keep changing for a long time to come. Likewise, he has beautiful brown eyes and blonde hair color. 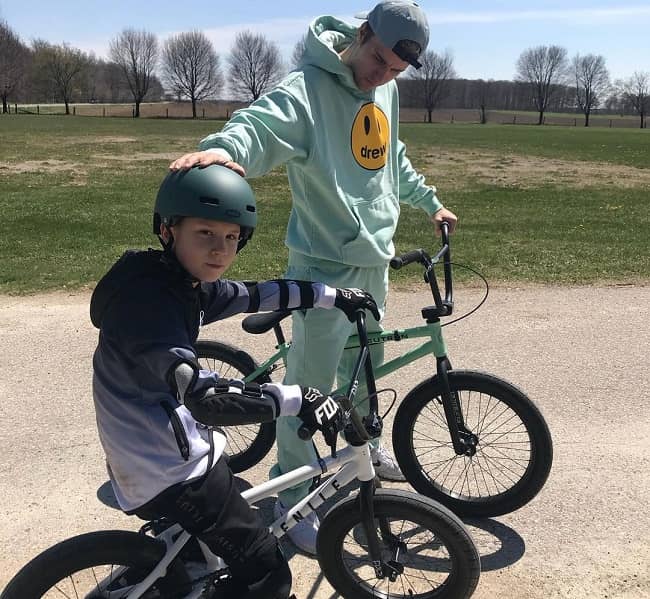 Talking about his social media presence, Jaxon Bieber joined Twitter in February 2012 and so far has over 495.5K followers in his @jaxonbieber account. Likewise, he is available on Instagram under the username @jaxonbieber. This account has garnered over 1.1 million followers and he has shared 188 posts to this account at the time of writing this biography (November 2020).

Similarly, he also has a self-titled Youtube channel. He created this channel on September 26, 2016. Since then, this channel has had over 156.9k views and more than 30.7K subscribers as of November 2020. Moreover, his parents and the Shots Studios Management manage his social media accounts.