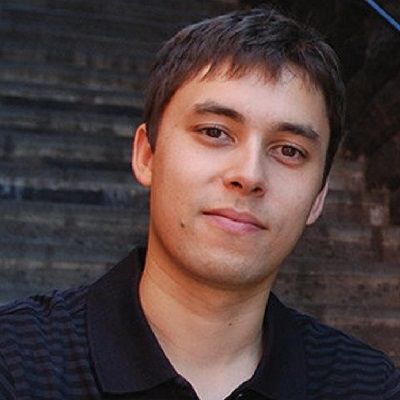 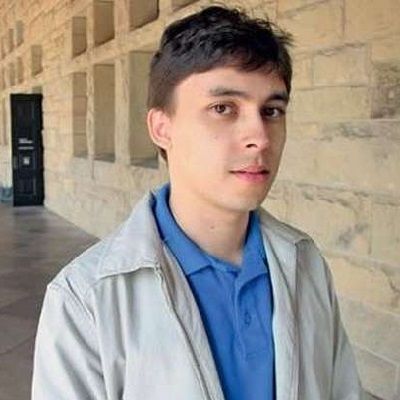 Jawed Karim is an American computer scientist and Internet entrepreneur famous for co-founding the famous website YouTube. Jawed Karim is the first person to upload the video on YouTube. As an employee of PayPal, he has designed features such as a real-time anti-internet-fraud system.

Jawed Karim (42 years) is a computer scientist and Internet entrepreneur who was born on October 28, 1979, in Merseburg, East Germany. East Germany is present-day Germany. He is an American citizen with a Bangladeshi father and a German mother. His father’s name is Naimul Karim (Researcher) and his mother’s name is Christine Karim (German scientist). His father is associated with the University of Minnesota as a research professor of biochemistry.

He has a sibling named Ilias. His birth sign is Scorpio and there is no information about his religion. Similarly, Karim relocated to West Germany with his family after crossing the inner German border during the early 1980s. He grew up in Neuss and again in 1992, his family relocated to Saint Paul, Minnesota, US. 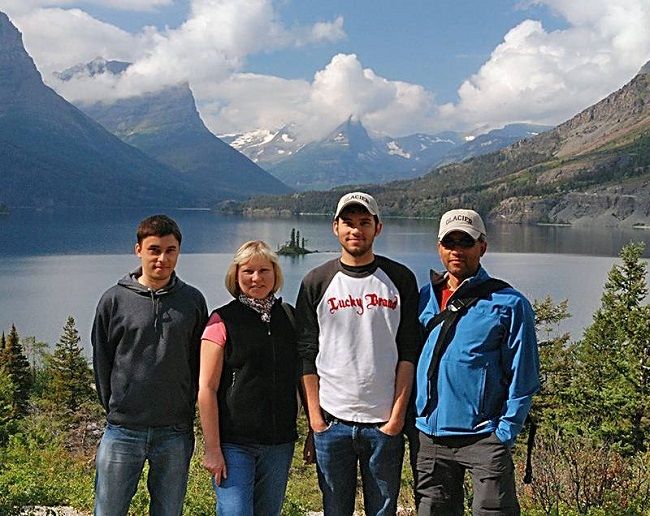 He studied Saint Paul Central High School in Saint Paul, Minnesota. Later, Karim joined a University of Illinois at Urbana-Champaign, Illinois for Bachelor in Computer Science but left just before completing graduation and joined PayPal. He is one of the early employees at PayPal. Later he continued his study and gained a bachelor’s degree in computer science in 2004. Then he got his master’s degree in computer science from Stanford University.

Jawed did his internship in Silicon Graphics Inc where here he works on 3D voxel data management. This company produces both computer hardware as well as software. There he had to work on 3D voxel data management for huge data sets for volume rendering. Later, he joined a famous online payment company PayPal where he designed features such as a real-time anti-internet-fraud system. He is one of the first PayPal employees. While working in PayPal he met another employee name Steve Chen and Chad Hurley. 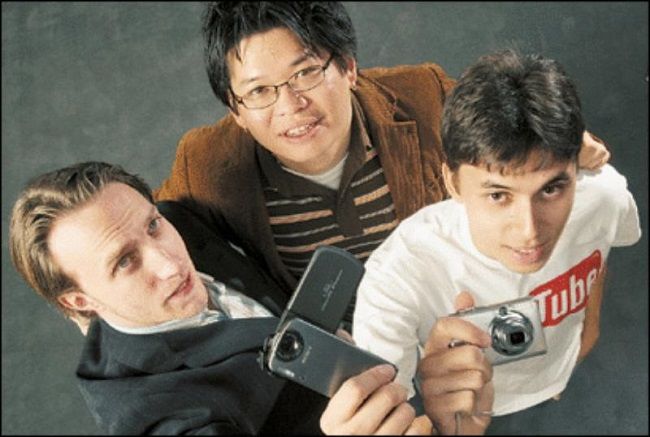 In 2005 with Steve Chen and Chad Hurley he creates the history by creating a video sharing website name YouTube. Karim also designed and implemented several core components of PayPal. One of them includes a real-time anti-fraud system. Then he became the first person to upload a video on YouTube by posting the video titled ‘Me at the zoo’. He came into recognition after Google bought YouTube in 2006.

Talking about his inspiration for developing the website, Karim says that it came when he could not find video clips of two events easily. The clips that he couldn’t find included the clips of the Super Bowl XXXVIII halftime show controversy involving Janet Jackson and that of the Indian Ocean earthquake and tsunami. Both these events/incidents happened in 2004. Hurley and Chen mentioned that they were originally inspired by the dating site, Hot or Not concept.

He didn’t work as an employee on YouTube because he wants to give time in study and rather work as an adviser. Due to his lack of role in developing website he has a low share compare to other co-founders.

On 14 February 2005, they activated the domain name of YouTube whereas the site gradually developed in the next few months. Youtube commenced as a venture capital-funded technology startup company with primary investments of $11.5 million from American venture capital firm, Sequoia Capital. It also included $8 million from Artis Capital Management. Initially, the headquarters of the company was in San Mateo, California, above a pizzeria and a Japanese restaurant.

Similarly, on 23 April 2005, Karim created his YouTube channel ‘jawed’ and uploaded the first video on the video-sharing website that he designed and developed. His high school friend, Yakov Lapitsky, recorded and featured Karim on the video titled ‘Me at the zoo’ at the San Diego Zoo. The video has already garnered over 54.6 million views while his channel has over 354 K subscribers.

After the creation and development of Youtube with Chen and Hurley, Karim became an adviser of the company. At the same time, he gave continuity to his studies and enrolled at Stanford University to complete his graduation in computer science. In February 2005, Karem became an informal adviser for the company. He didn’t become the employee at the time of the launch of the website. He did this to focus more on his studies.

As he sidelined his roles at Youtube, Karim received a much lower share in the company compared to the other two co-founders. Not only that, but he also remained mostly unrecognized and out of the public glare as the third founder of YouTube. This was the case until the time Google bought Youtube for US$1.65 billion in November 2006. At the time, Karim received 137,443 shares of stock, which amounted to around $64 million. It is based on the closing stock price of Google at that time,

In October 2006, he delivered a lecture at the annual ACM Conference of the University of Illinois on the history of YouTube titled ‘YouTube: From Concept to Hyper-growth.’ During his lecture, he tagged Wikipedia as an innovative social experiment.

Moreover, in 2007, Karim became the youngest Commencement Speaker in the history of University of Illinois. He was the 136th person to deliver a commencement speech at that university at that time. In March 2008 he started Youniversity Ventures with Kevin Hartz and Keith Rabois. In April 2009, he was one of the first investors to invest in Airbnb Inc which runs an online marketplace and hospitality service. With this, Karim became one of the initial investors of the company which they founded in August 2008.

Karim’s articles on programming have been published in Dr. Dobb’s Journal (DDJ) in the United Business Media US monthly journal.

Later, YouTube made it mandatory that all comments on the videos of this website will be through a Google+ account. This was welcomed with widespread opposition from the YouTube community. With more than 240K signatures, people made an online petition for the reversion of this move. Karim also stated his disapproval of this change. He displayed it by writing “why the ….do I need a Google+ account to comment on a video?” on his YouTube account. Karim also went on to update the video description of ‘Me at the zoo’ … ‘I can’t comment here anymore since I don’t want a Google+ account.’

In May 2007, he became the youngest Commencement Speaker in the history of the University of Illinois.

Jawed Karim has an estimated net worth of around $170 million. He owns over 137,443 units of YouTube stock which worth over $140 million due to the rise of the stock price.

Jawed Karim is straight and seems to be in a relationship with British writer Kia Abdullah. They were seen several times together. He wants to keep his personal life private so he is not open about his affairs and relationship. There is no information about his past affairs.

Karim involved in controversy after his fueling and openly criticizing YouTube’s new feature in YouTube comment. The User must have Google+ account to comment on YouTube. So he criticizes Google and later it remove the Google+ feature and app. He is rumored to be in a relationship with British writer Kia Abdullah.

Jawed Karim seems to be fairly tall. But has no exact measurements of his body like height, weight. Further, his eyes seem to be brown, and also has brown hair. 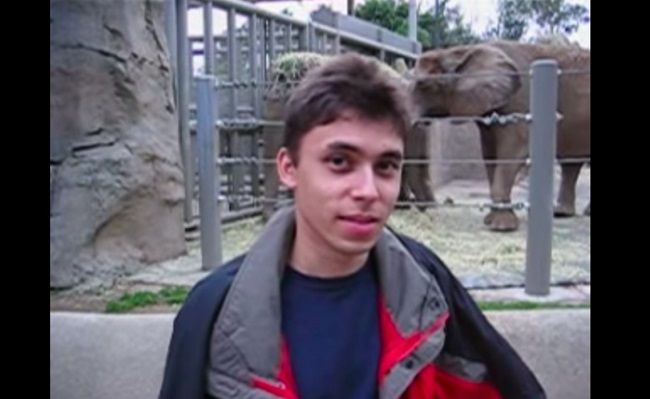 Karim was the first person to upload a video on YouTube in channel jawed which has 1.1 million subscribers and his video Me at a zoo is viewed more than 112 million. Even though he is not active. Karim is not active in social media. He doesn’t use any social media like Facebook, Instagram, Twitter, etc.