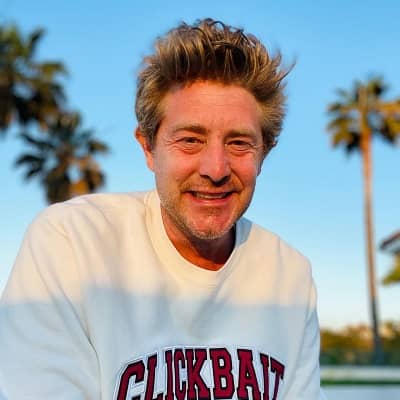 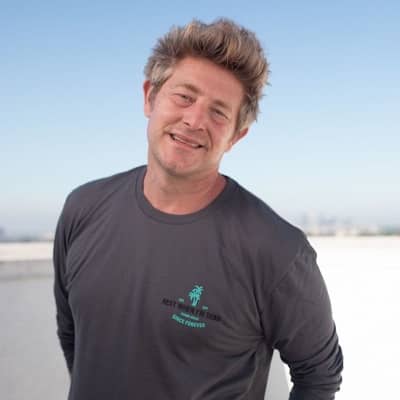 Jason Nash is a prominent American actor, comedian, and YouTube sensation. Jason Nash is famous for his collaboration with the renowned YouTube star, David Dobrik.

Jason Nash was born on May 23, 1973, and he is currently 48 years old. His full name is Jason Eric Nash. Likewise, Jason hails from Boston, Massachusetts, and his zodiac sign is Gemini. Talking about his educational journey, Jason graduated from Medfield High School in the year 1991. After that, Jason attended college at the University of Massachusetts Amherst. There is no information regarding Jason Nash’s parents, siblings, and other family details. 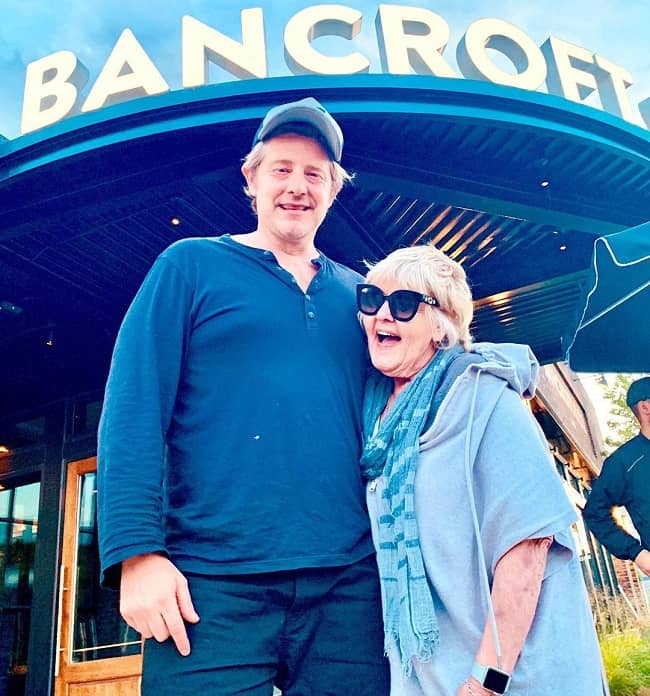 Caption: Jason Nash posing for a photo with his mother. Source: Instagram

Professionally, Jason Nash is a prominent actor, comedian, as well as YouTube personality. Jason is most recognized for his Vine channel. The actor was also a semi-finalist on “Last Comic Standing” in the year 2010. Then in 2016, Jason co-produced as well as starred in the movie Jason Nash is Married. He also starred in FML alongside his friend and fellow YouTube star Brandon Calvillo.

The same year, Jason also began appearing in David Dobrik’s vlogs as one of “The Vlog Squad”. Later on, the actor created his own YouTube channel. Before all the fame, Jason worked as an assistant to Norm Macdonald. They worked together on Saturday Night Live after Jason completed his college studies.

The actor/comedian moved to Hollywood in the year 2001. This was also when VH1 cast Jason on the sketch show Random Play. The aspiration behind Jason’s move to Los Angeles was to become a comedian. Nash had earned a following of over 2 million on Vine before the platform’s closure.

Furthermore, Jason trained with the Upright Citizens Brigade. The actor then started his career as a member of the sketch troupe “Price, Nash, and Blieden”. The trio developed the TV show for Fox and NBC. The trio was also chosen three times to perform at the Aspen Comedy Festival. 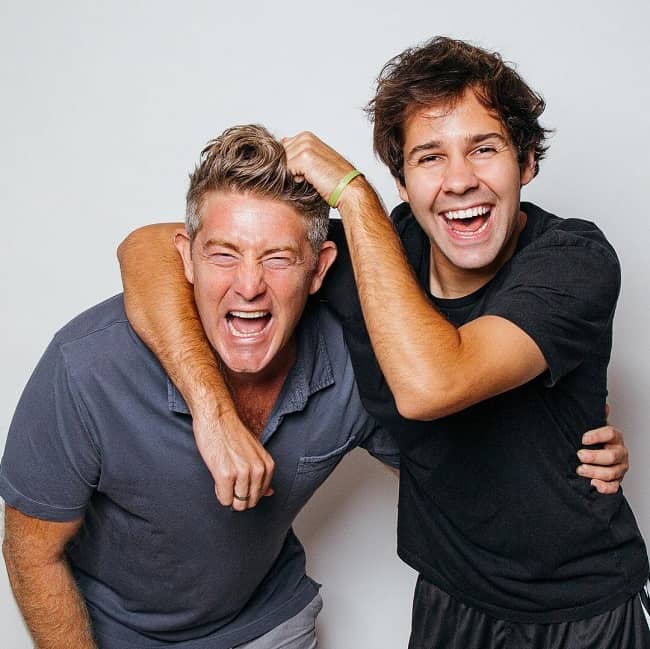 More about his career …

Jason Nash also wrote, directed, and starred in Jason Nash Is Married. This is Jason’s Comedy Central web series. It was based on his one-man show In the Land of Tall Buildings and Red Fire Engines. In the year 2014, a film version of this series was released. The film version starred actor Busy Philipps.

Additionally, Jason Nash created the web series How to Be a Man and The Shaman. In the year 2016, the actor then acted as well as directed his own screenplay. It was a road trip comedy film FML that featured the fellow Vine star, Brandon Calvillo.

Further, the actor co-created Guys with Feelings. It is a long-running podcast that debuted in the year 2006. Jason has also developed shows for various cable network channels including NBC, Fox, Oxygen, CBS, and IFC. The actor is now a famous personality on YouTube with over 3 million subscribers on his main channel.

After David Dobrik watched Jason’s set one night at a comedy club, he started his career as a Youtube vlogger. The vlogger shared his first video to his channel on December 2, 2016. 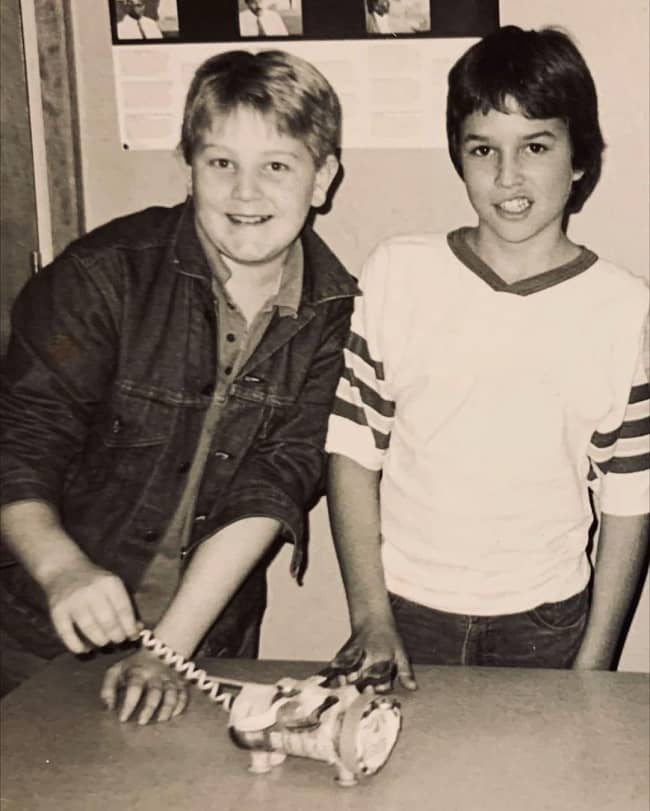 Jason Nash also runs Views with David Dobrik. It is a weekly podcast. During the debut of this podcast in the year 2017, Views climbed to #3 on the iTunes charts. Jason and David took their podcast on a live tour across the US. It was in the summer of 2018 and it was called the “VIEWS” Tour. They also included their YouTube friends “The Vlog Squad”.

This tour included performances from renowned YouTubers including Scotty Sire, live stories, and a live Q&A session. For around one year, Jason had a second channel called “Jason Nash Family”. He dedicated this channel to his life with his children, Charley and Wyatt. However, this second channel was shut down. It was because Jason’s ex-wife Marney requested that their children would not be on the internet in such a public way. 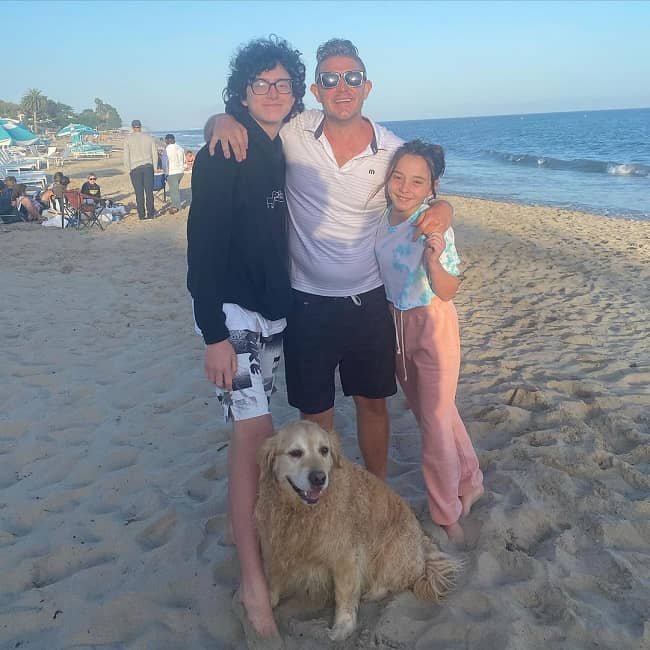 Caption: Jason Nash posing for a photo with his children and pet. Source: Instagram

Jason Nash is single right now. He has been in an on-off relationship with Trisha Paytas since 2017. The two were reported to have separated in February 2019. Talking about his past relationship, Jason was married to Marney Hochman. The two share two children together namely son Wyatt and daughter Charley.

Jason Nash stands tall at an approximate height of 1.8 meters or 6 feet and his weight is around 80kgs. Other than this, there is no further information regarding Jason’s other body measurement details like his chest-waist-hip measures, dress size, shoe size, biceps, etc. Likewise, Jason has brown eyes and blonde hair that is turning gray with age. 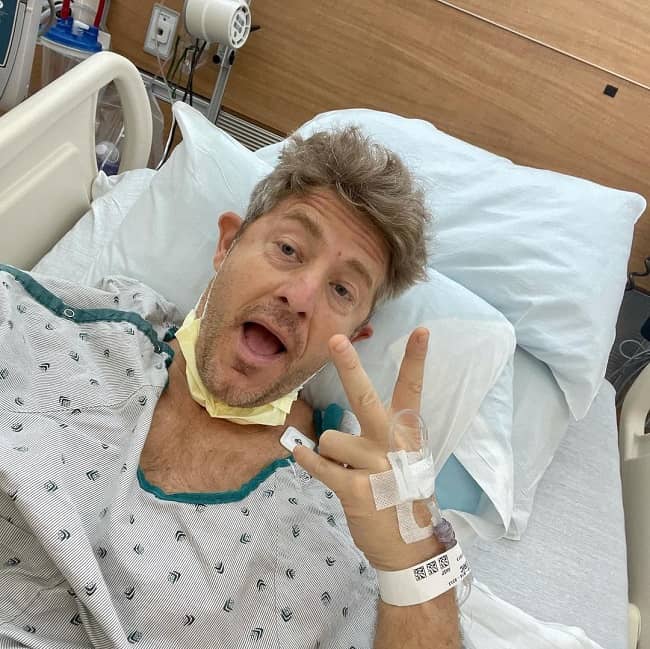 Caption: Jason Nash posing for a selfie after his hip surgery in April 2021. Source: Instagram

Talking about his social media presence, Jason Nash joined Twitter in May 2009 and so far has over 1 million followers on his @JasonNash account. His username on Instagram is @jasonnash and this account has garnered over 2.4 million followers as of April 2021.

Similarly, the comedian has over 444K people following his journey on Facebook. Moreover, Jason Nash created his “Jason Nash” Youtube channel on October 25, 2013. So far, this channel has garnered over 556 million views and 3.18 million subscribers. Moving on, Jason has a net worth estimation of around $1 million US dollars.