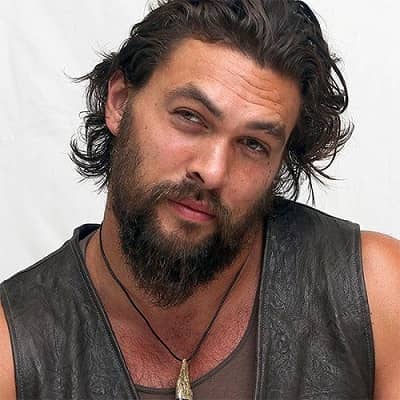 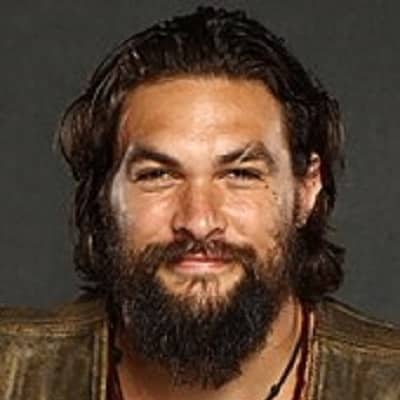 Jason Momoa also renowned as Joseph Jason Namakaeha Momoa is an American actor, producer, director, and model. He is most popularly known for the character of Khal Drogo in the HBO Fantasy series named Games of Thrones popularly known as GOT. The renowned actor, Momoa also emerged in Aquaman and played a popular role in the DC Extended Universe alongside co-actor Amber-Heard.

Likewise, his real name of Momoa is Joseph Jason Namakaeha Momoa whereas his zodiac sign is Leo. He was born to Joseph Momoa and Coni Momoa.

By profession, Momoa’s father works as a painter and his mother is a photographer. 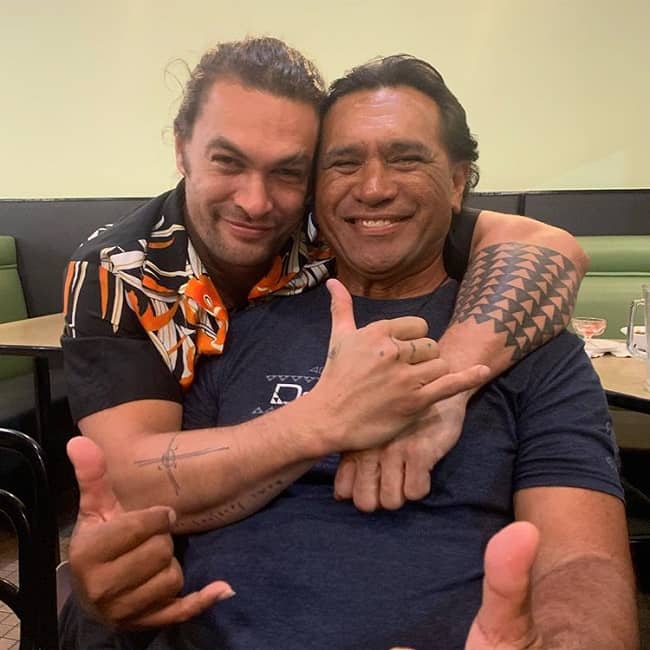 He belongs to mixed ethnicity whereas he belongs to American nationality. Momoa is the only child in his family and therefore he has no siblings at all.

He was raised by his mother in Norwalk, Iowa. From his childhood, the actor was greatly fond of traveling whereas Momoa gained knowledge about pastel painting in Paris and was familiar with the tenets of Buddhism in Tibet.

Jason Momoa,41, is currently a married man. He met his love life, actress Lisa Bonet in 2005 and they started dating since then. T 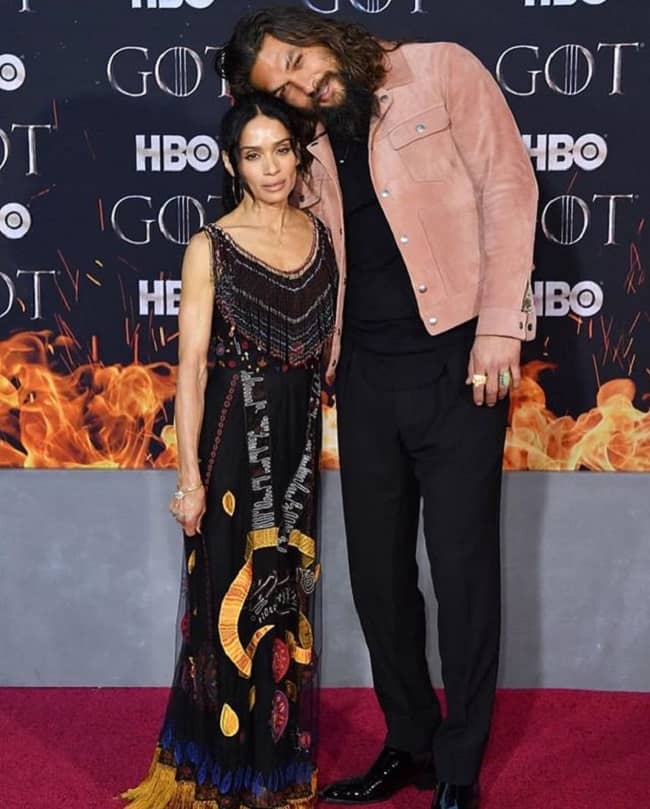 Caption: Jason Momoa along with his wife, Lisa Bonet (Instagram)

At present, the couple has two children named Lola Lolani Momoa and Nakoa-Wolf Manakauapo NamaKaeha Momoa. Lolani was born on July 23, 2007, and Nakoa was born on December 15, 2008.

The dashing actor has got a burly body figure. He stands tall at a height of 6 feet and 4 inches (1.96m).

Likewise, Momoa has a ripped body structure as well as he has got a weight of 97kg (215lbs). Similarly, He has got dark brown hair color and green eye color. 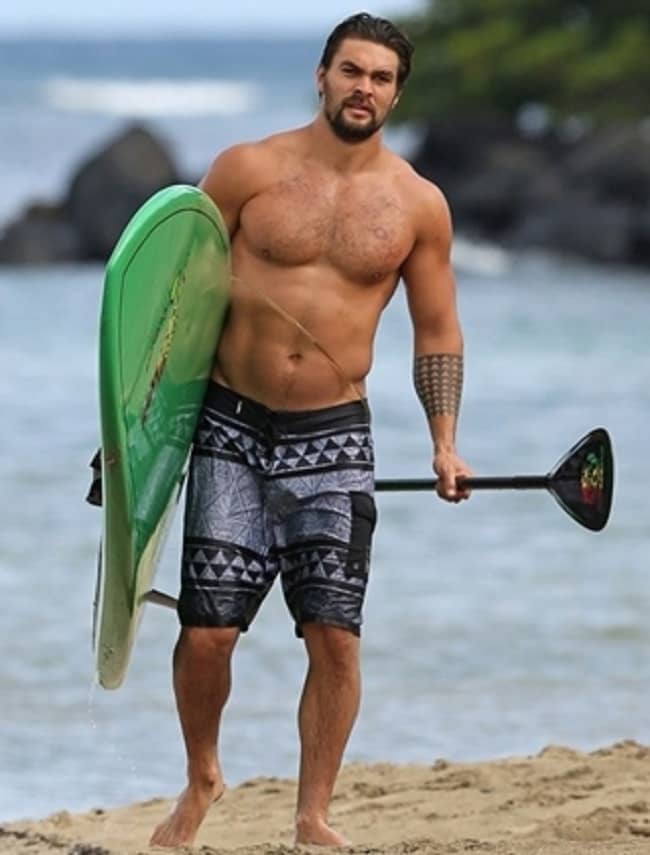 Moreover, Jason has a French-cut beard and a unique cut scar on his left eyebrow. He has very attractive looks and a very charming smile as well.

Momoa was inspired by an international designer, Takeo Kobayashi who spotted Jason and influence him in his modeling career.

moreover, he debuted his first role in Baywatch Hawaii which was followed by Baywatch: Hawaiian Wedding as Jason Loane. Momoa then starred as Frankie Seau on the Fox soap opera North Shore (2004-05).

Similarly, he performed the role of military expert “Ronon Dex” in the fiction series named Stargate Atlantis from 2005 to 2009.

Additionally, he performed frequently in the role of “Khal Drogo” on the HBO fantasy-drama series Game of Thrones (GOT) (2011-12).

Moreover, he has starred in series such as The Red Road, The Game, and Drunk History. In their television career, he presently stars as “Declan Harp” on the historical drama series Frontier from 2016 on Netflix.

Similarly, Momoa’s debut film is Johnson Family Vacation in which he played the role of Cedric the Entertainer. He played the lead role in Conan the Barbarian (2011).

Likewise, he had remarkable roles in Bullet to the Head (2012) along with Sylvester Stallone, Wolves (2014) alongside Lucas Till, and Once Upon a Time in Venice (2017) with Bruce Willis.

He also co-writes, directed, and played in the drama-thriller Road to Paloma (2014). He had a small role in Zack Snyder’s Batman Vs Superman: Dawn of Justice (2016).

Momoa starred as Arthur Curry in one of his all-time most fan-favorite movies, Aquaman in 2018. Also, he has performed in superhero films such as Justice League (2017) and Braven (2017).

The talented star has gained healthy wealth from the film industry. Momoa earns as an actor, director, writer, and producer as well. As of 20220, His net worth is supposed to be about $ 20 million.

He has starred in many blockbusters and superhero movies from which he has been able to earn a lot of wealth. However, his exact salary and other property details are still not revealed.

Well, going through his awards and achievements of him, Momoa was awarded as the “Hawaii’s Model of the Year”. After this, he got an opportunity to host the Miss Teen Hawaii contest at the early age of 19.

Similarly, in 2011, he won the CinemaCon Awards as a Male Rising Star for his performance in Conan the Barbarian and Games of Thrones.

Likewise, Momoa has been nominated for Scream Awards as Best Ensemble for Games of Thrones.

Also, he has been chosen for Screen Actors Guild Awards for Outstanding Performance by an Ensemble in a Drama Series for Frontier.

Furthermore, he has been nominated as Best Actor in a Continuing Leading Dramatic Role in the Canadian Screen Awards for Aquaman in 2017.

Likewise, in 2019, Momoa has been nominated for Nickelodeon Kid’s Choice Awards for Favorite Movie Actor as well as Favorite Superhero in Aquaman.

Moreover, he has been chosen by MTV Movie and Tv Awards for Best kiss and Teen Choice Awards for Choice Sci-Fi Movie Actor for his role in Aquaman.

He was in a relationship with the Australian actress Simmone Jade Mackinnon. The duo was in an open relationship since 2004.

However, there was something wrong in their relationship and it didn’t last too much. So, they separated after 2 years.

There are rumors that he will return in Game of Thrones. Besides this, there is no controversy or other rumors in his career till now.

He is one of the Popular personalities on social media. Likewise, he has got his official Instagram account under the username @prideofgypsies with great numbers of fans and followers.

He has got over 15.3 m followers on Instagram whereas Momoa is active on Twitter as well with his official account i.e. Jason Momoa with more than 43k followers over there.