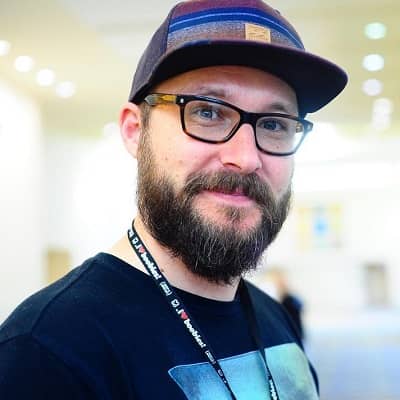 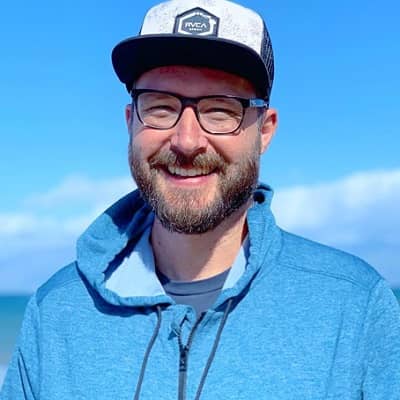 Jason Coffee is an American TikTok creator who often features his family in his videos. Jason Coffee has over 20 million fans with one billion likes on TikTok under his @jasoncoffee account.

Jason Coffee is 41 years old. He was born on August 12, 1980, in Sacramento, California, under the astrological sign of Leo. There is not much information about his parents, siblings, or early life as he doesn’t share details about these perspectives on his social media profiles. He holds an American nationality. Moreover, his ethnic background is also not reviewed. 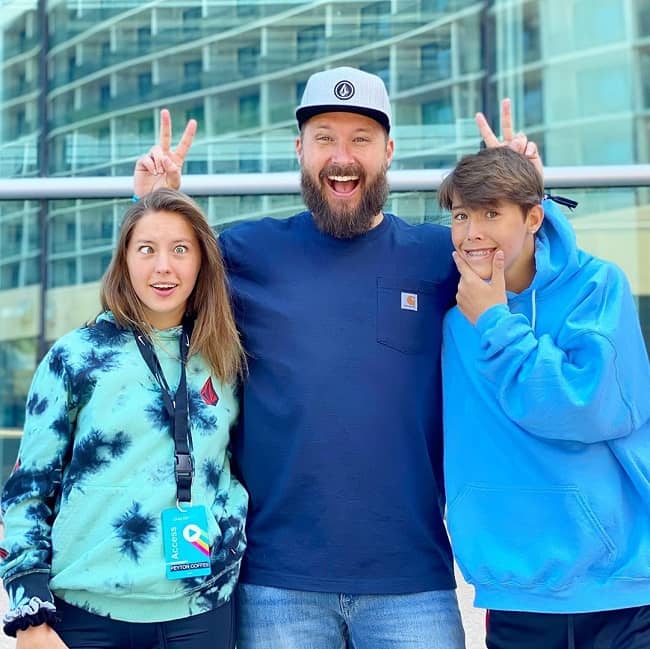 Caption: Jason Coffee posing for a crazy photo with his kids, Peyton and Caleb (Source: Instagram)

Jason Coffee is a famous social media personality. Initially, he gained fame through the app Vine and currently, he has equally gained fame on all social media platforms like YouTube, TikTok, Instagram, and so on. In today’s world, it’s obvious being a social media sensation is a teenager’s thing. But the 40-years-old guy Coffee proved it wrong and made his way to social media fame.

Up until the early 2010s, he was just another normal guy next door who lived the routine life of a typical middle-class American man.  Initially, he made videos that revolved around these two themes. The viewers enjoy the funny antics of his cute kids. He worked harder to create more entertaining content for his followers in response he got on the app.

Before his social media fame, he used to work at Starbucks and has been working in the coffee industry since 2002. He bounced on the Vine bandwagon as soon as the app was introduced in January of 2013. He ventured into the world of social media as a married dad in his thirties, it did not take long to take the short-form video hosting service Vine by storm with lively six-second-long looping video clips showcasing his family life.

Likewise, his self-titled Vine account became very famous and had already attracted over 900K followers. With his growing popularity as a Vine star, he experimented with Musical.ly (now known as TikTok) as well. In TikTok, he repeated his magic of attracting crowds of followers to his account. When the Vine app got disabled in late 2016, his supporters worried that it would affect Coffee’s fame in some way. Still, he got lucky as the subscriber numbers on his other social media profiles extended to increase, taking his popularity to newer heights. 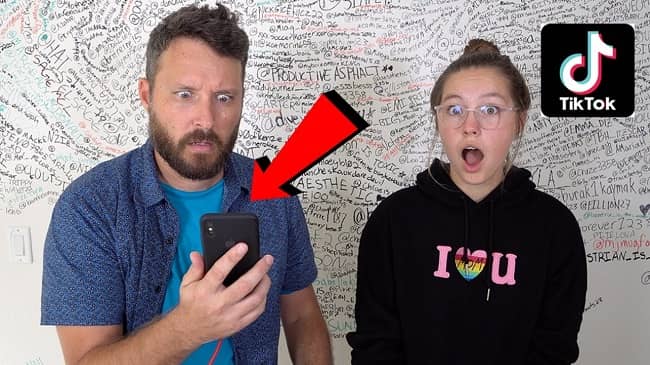 Caption: Jason Coffee on one of the youtube videos with his daughter reacting to her TikTok videos (Source: YouTube)

Similarly, he also has a YouTube channel where he has garnered more than 419K subscribers. Though he has posted just five videos on his channel, his channel has got decent viewers. One of the most notable and million-crossed videos on his youtube channel is “My DAD REACTS TO MY TIK TOKS!!! – I Got Grounded?.” Premiered on Jun 27, 2019, the video has garnered more than 2,817,093 views.

Jason Coffee is a famous social media personality. He has earned a good position on different social media platforms with his talents and interesting skills to attract viewers. It has made him earn a decent sum of money. However, he has not mentioned his exact earnings. Still, some online resources have estimated it around $1 million-$5 million.

Reflecting on Jason Coffee’s relationship status, he is a married man. He married his wife Chassy on April 28, 2003. Likewise, he has three kids named Peyton, Isaac, and Caleb. He belongs to Sacramento, CA, and later reside in Hawaii. 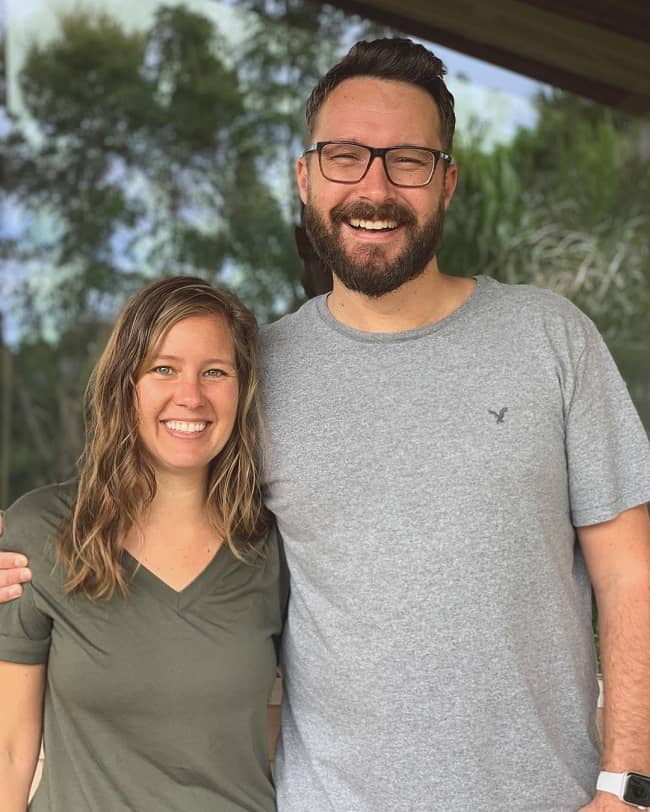 Caption: Jason Coffee posing for a beautiful photo with his wife(Source: Instagram )

His kids are also active on social media with their own TikTok and Instagram accounts where they have thousands of followers. Coffee is a completely devoted family man with a rarity in contemporary American society.

His fans cherish the fact that he describes himself as “Husband, Father, Worshiper of Jesus, Coffee lover, Friend and recent Hawaiian” on his Facebook profile. He posts all family-friendly videos, with no profanity or vulgar language which attracts lots of viewers toward him.

Moreover, he is a fun-loving person, as evident from his social media profiles, and loves to travel and hike. He even has a big and vibrant circle of friends who he frequently meets and hangs out with.

This 40-years-old Gentlemen Jason Coffee stands at a tall height of ‎6 feet 4 inches tall and weighs around ‎85 kg. He has greyish blue eyes with brown hair color. She sometimes wears spectacles.