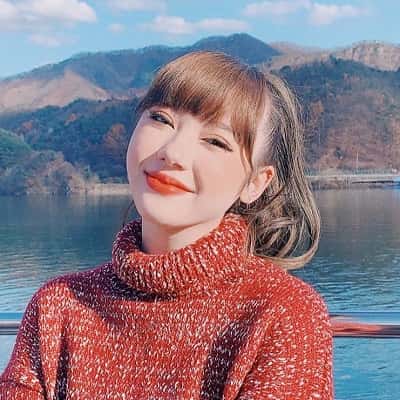 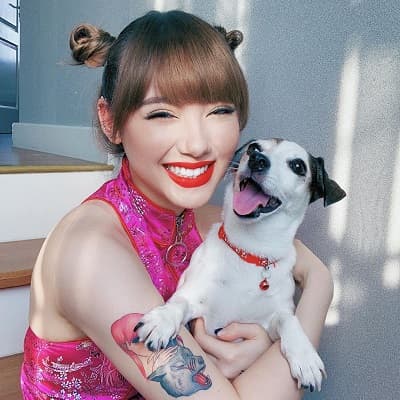 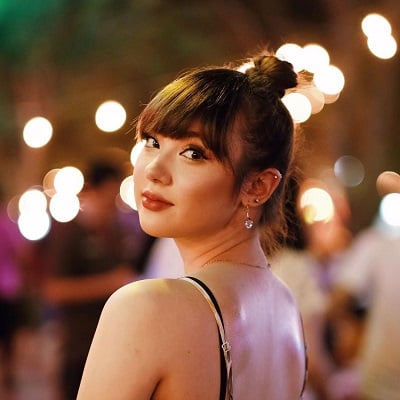 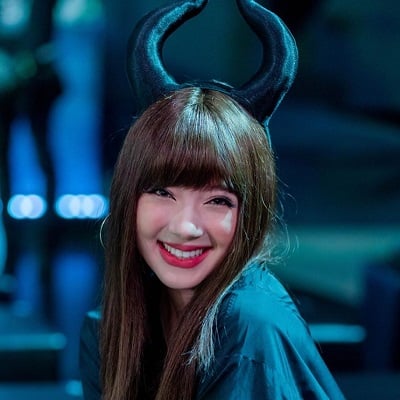 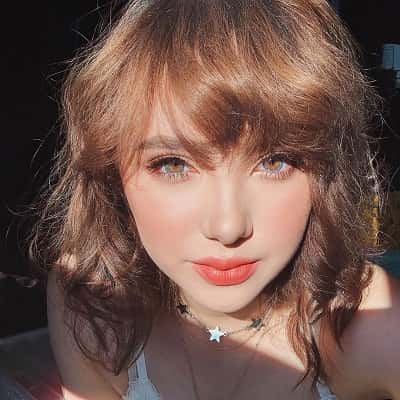 Jannine Weigel is a Thai-German multi-talented personality. Jannine Weigel is a singer, songwriter, actress, model, and YouTuber. She is also popular as “Ploychompoo”. She has appeared in several Thai films and released numerous singles, EPs, and albums.

Jannine Weigel was born on July 30, 2000, and she is currently 22 years old. Her full name is Jannine Parawie Weigel and it is written in Thai as ญานนีน ภารวี ไวเกล. She is also popular by her Thai nickname Ploychompoo (Thai: พลอยชมพู). She was born in Steinfurt, Germany, and later moved to Thailand with her family in July 2010.

Talking about her family, she has three brothers but their names are not disclosed. Her brothers were born in 1986, 1988, and 1990 respectively. Likewise, her ethnicity is Thai-German as her mother is Thai whereas her father is German named Reiner Weigel.

Talking about the meaning behind her name, her first name, Jannine is derived from Hebrew. It means “Yahweh is gracious”. Likewise, her middle name, Parawie, means “sunbeam” in Thai. Jannnine’s Thai nickname, Ploychompoo, means “pink sapphire”.

Furthermore, she is a fluent speaker of several international languages including Central Thai, English, and German. She is also studying Mandarin Chinese and Vietnamese. Also, she follows Christianity. She is also an animal lover and has pets including a dog named Melody, a hamster, and a cat. 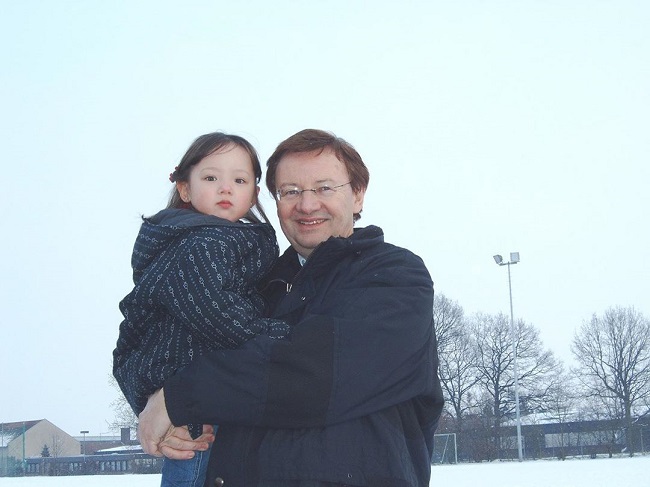 Caption: Jannine Weigel posing for a photo with her father in a childhood photograph. Source: Instagram

Talking about her educational journey, Jannine Weigel attended St Martin kindergarten and Regenborgen Primary School in Steinfurt, Germany until Grade 4. After that, she moved to Bangkok, Thailand. After moving there, Jannnine was homeschooled until Grade 6.

Further, she continued her education through distance learning until Grade 9 and completed it in 2014. By way of Advanced Placement, she now undertakes a pre-degree course at the Faculty of Liberal Arts, Sukhothai Thammathirat Open University. There, she majors in English. Likewise, she took a summer course at Berklee College of Music in the year 2018 and received a scholarship from the college for this study.

Moving on, she has a net worth estimation of approximately 354,000 dollars as of July 2020. She earns through her Youtube videos, songs & albums, acting projects, brand endorsements, advertisements, partnerships, etc.

Jannine Weigel is a multitalented personality. She is a singer, songwriter, actress, model, influencer, gamer, and YouTuber. She started working as a model after moving to Bangkok in the year 2010. The next year, she turned her attention to singing.

Then, following three months of training, she entered a nationally televised singing contest for children, called Singing Kids. In this show/contest, she won third place. She soon became the first Thai singer to receive a Gold Button from YouTube.

From then onwards, she became an artist trainee at GMM Grammy in October 2012. Later on, she became a full artist under the same agency. Furthermore, during her trainee period, she appeared in the music video of Getsunova’s “Klai Khae Nai Khue Klai” (ไกลแค่ไหนคือใกล้, “How Much Further Is It Till I Could Be Near You?”) in the year 2012.

Appearing in the music video brought her additional fame. A year later, in 2013, she started her YouTube channel publishing her covers of popular songs among other content. Then in the year 2015, she released her first single, “Chak Din Chak Ngo“. She followed this with several original soundtrack songs.  Later in the same year, she received the main roles in the television series Banlang Mek and the film Senior. 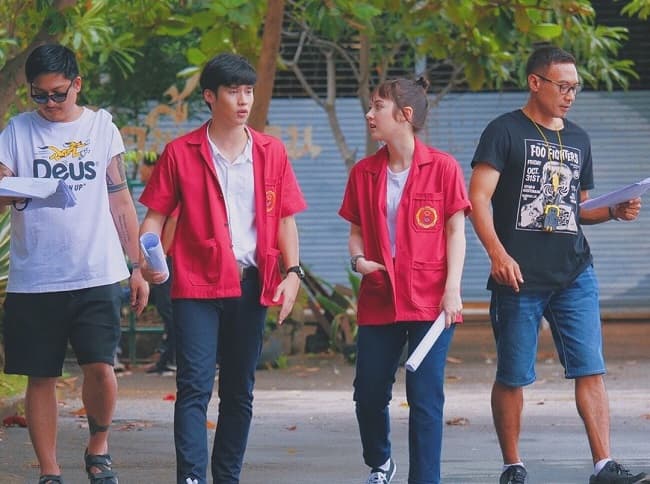 Caption: Jannine Weigel is behind the scene with the team of Dream Team. Source: Instagram

In the year 2016, she issued her second single, “Away“. She then went on to release a couple more songs with the company GMM Grammy like “Because Of You” and “I’m Glad”. The same year, she also released a new project, The Black Moon. This project consists of 4 horror short movies with her name credited as executive producer.

In July 2017, she released her second album, “Deep End“. The song “Strangled Love” from this album was selected to represent her birth country Germany on their debut at The Origin Song Contest 03 in Bern, Switzerland. This song qualified for the final by winning the semi-final and went on to win the whole contest with a record of 160 points.

As of June 2018, she ended her contract with GMM Grammy. After that, she signed a contract with Universal Music Singapore and released a song called “Pak Rai Jai Rak“. The following year, she starred as the main actress in “Pee Nak“. It is a horror-comedy movie that achieved more than 150 million Baht at Thailand’s Box Office. She also released a song called “Words“. This song got her to be nominated as the “Best Southeast Asia Act 2019” at MTV Europe Music Awards Seville.

Moreover, she joined a lot of music shows abroad whether in South Korea, the Philippines, Indonesia, Malaysia, and others. She was also the first artist to sing under a new label on 6 December 2019. This new label is called RedRecords and it is a collaboration between AirAsia Group and Universal Music Group. Further, her latest drama is When I Was 16 released on 3 February 2020. This drama was produced in 2016 but was aired 4 years later on Channel True4U. 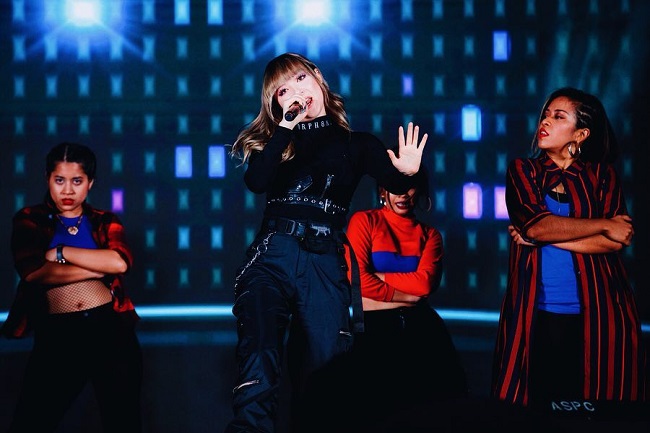 There is no exact information about Jannine’s relationship status. She also has not shared any social media posts that might indicate her current relationship status or affairs. Nevertheless, she has maintained a clean public profile that is away from rumors, controversies, and scandals that might hamper her professional career and personal life.

Jannine Weigel stands tall at a height of approximately 1.64 meters or 5 feet 5 inches. Other than this, there is no information about her other body measurement details including her weight, chest-waist-hip measures, dress size, shoe size, etc. Likewise, she has hazel eyes and brown hair color. She also has a colorful tattoo on her arm. It is a girl with her dog, which is probably herself, and her pet dog Melody.

Talking about her social media presence, Jannine Weigel joined Twitter in July 2017 and her followers are increasing day by day on her @JanninaWMusic account. Likewise, she goes by @jannineweigel and so far this account has 724 post shares and 1.7 million followers at the time of writing this biography.

She also created her official Facebook page on April 14, 2013. Since then, more than 3 million people have been following her journey. Talking about her Youtube channel, she created her self-titled channel “Jannine Weigel” on February 22, 2013. Since then, there are over 674.8 million views and 3.67 million subscribers. She also goes by @jannineweigel on Tiktok and so far has 551.9K followers and 1.5 million likes on her Tiktok account.