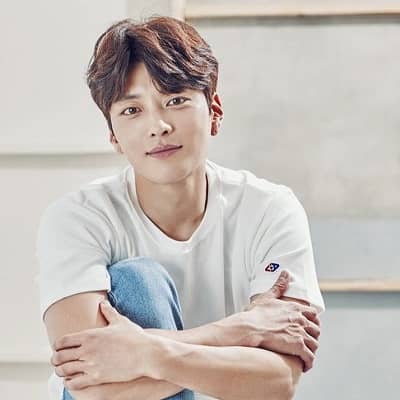 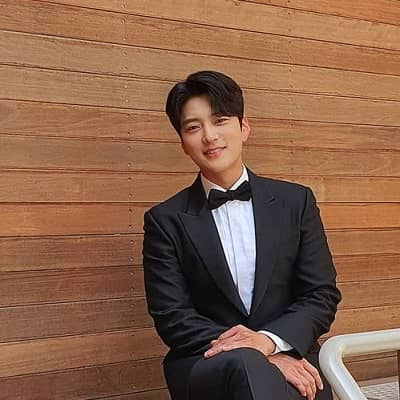 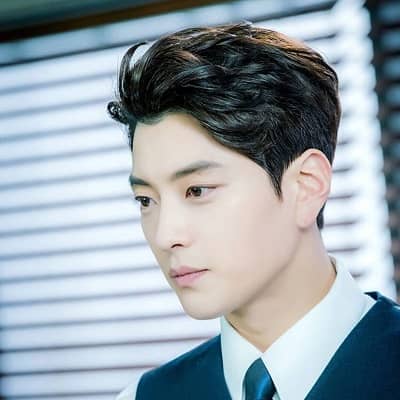 Jang Seung Jo is a prominent South Korean actor. Jang Seung Jo was a musical actor before he entered the mainstream TV show and movie projects. His popular acting credits include “Quiz of God”, “Familiar Wife”, “Chocolate”, and “The Good Detective”.

He is a citizen of South Korea but his exact birthplace is not revealed yet. He also has yet to share information regarding his parents, siblings, and other family details. 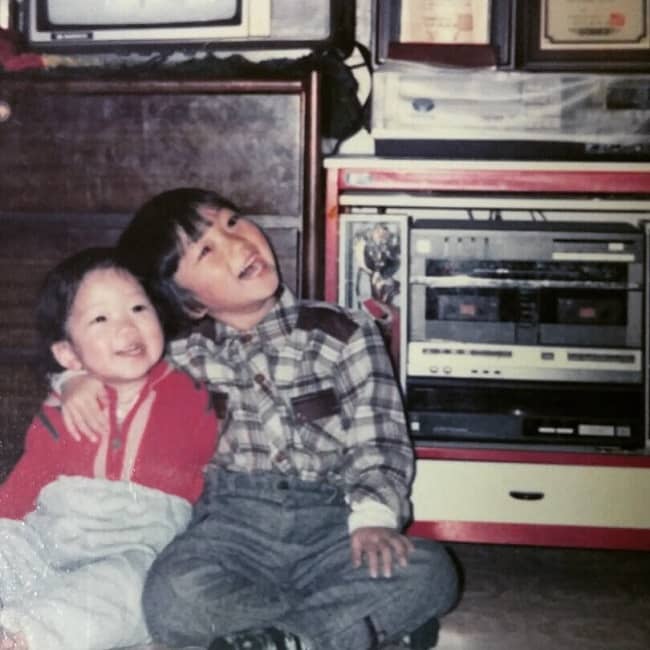 He has bagged two prestigious awards and another nomination that he couldn’t win. For his role in Money Flower, Seung Jo won the “Male Excellence in a Weekend Drama” at the 2017 MBC Drama Awards.

Likewise, he also won the 6th APAN Star Awards in the year 2018 in the category “Excellence Award, Actor in a Serial Drama” for the same role.

He was also previously nominated for the “Special Award, Actor in a Serial Drama” at the 2016 SBS Drama Awards for his role in Marrying My Daughter Twice.

Jang Seung Jo is a married individual and his wife is Lee Ji-Yeon, professionally recognized as Lina. Lina is a musical actress and singer. Likewise, Lina was a part of the Korean R&B duo “Isak N Jiyeon”, and then became a part of the girl group “The Grace”.

The couple tied the knot on November 22, 2014, in a private wedding. Then in September 2018, the lovers became a parent when they welcomed their first child. He and Lina’s relationship was disclosed to the public on July 25, 2014.

At the time of disclosure, the lovers had already been together for two years. Moreover, the couple started dating each other after working together on the musical Temptation of Wolves. 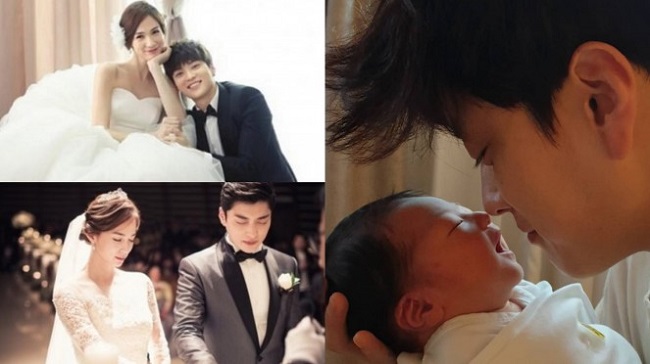 Caption: Jang Seung Jo in a collage of photos from his wedding ceremony, wedding photoshoot, and spending his time with his child. Source: IntipSeleb

Jang Seung Jo is a professional actor from South Korea. He has appeared on numerous TV shows, movies, as well as musical theater.

At present, Seung Jo is signed under the entertainment agency Ace Factory. At the time of his debut, Seung Jo was under the agency Neos Entertainment. Furthermore, he had his acting debut with the television drama God’s Quiz Season 4 in the year 2002.

Talking about his movie credits, he appeared in the 2010 movie Romantic Debtors playing the role of the character Dong-ryul. He then portrayed the role of Studio head in the 2017 movie Heart Blackened.

The other movie is Secret Zoo released on January 15, 2020. For this, Seung Jo portrayed the character Sungmin. 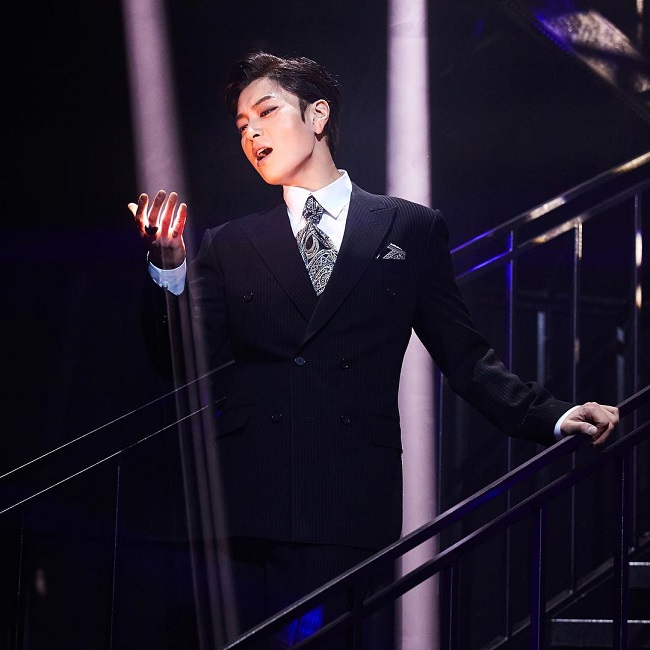 Talking about his credits in TV series, he has appeared in a total of 16 shows that aired/will air in various broadcast channels.

In the year 2014, Seung Jo appeared as Lee Jae-joon in the 2014 OCN drama Quiz of God. The same year, he also played the role of Kim Bong-geun in the tvN drama Liar Game.

In the year 2015, Seung Jo appeared in five TV shows. This includes MBC’s Splendid Politics, SBS Plus’s I Order You, MBC’s The Scholar Who Walks the Night, KBS2’s All About My Mom, and SBS’s Six Flying Dragons.

He appeared as Prince Jeongwon in Splendid Politics; Kevin in I Order You; Crown Prince Sadong in The Scholar Who Walks the Night; young Jang Cheol-woong in All About My Mom, and as Roughneck Confucian scholar in Six Flying Dragons.

In the year 2016, Seung Jo played the role of Choi Jae-yeong in the SBS drama Marrying My Daughter Twice, and as Cha Yoo-min in the 2017 MBC drama Teacher Oh Soon Nam.

The same year, the actor also appeared in two other drama shows namely The Package and Money Flower. His role in the former was the character Bae Hyeong-goo and in the latter as Jang Boo-cheon. 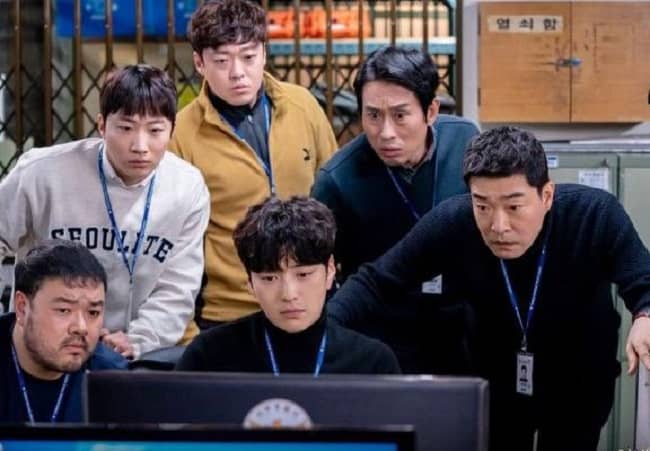 Caption: Jang Seung Jo appearing on the stillcut of the drama ‘The Good Detective’. Source: Hellokpop

In the year 2018, Jang Seung Jo appeared in Familiar Wife as Yoon Joong-hoo, and as Jung Woo-seok in the drama Encounter. Similarly, he starred as Lee Joon in the 2019 JTBC drama Chocolate. He also played the role of Oh Ji Hyuk in the 2020 drama The Good Detective.

The character Ji-Hyuk is an elite homicide detective of 9 years. This character investigates cases using evidence and insight into the criminal’s psyche.

The character also has insomnia due to past trauma. The talented actor is also set to appear in the role of Lee Kang-moo in the JTBC drama Snowdrop. Snowdrop is set to release/broadcast in the year 2021. 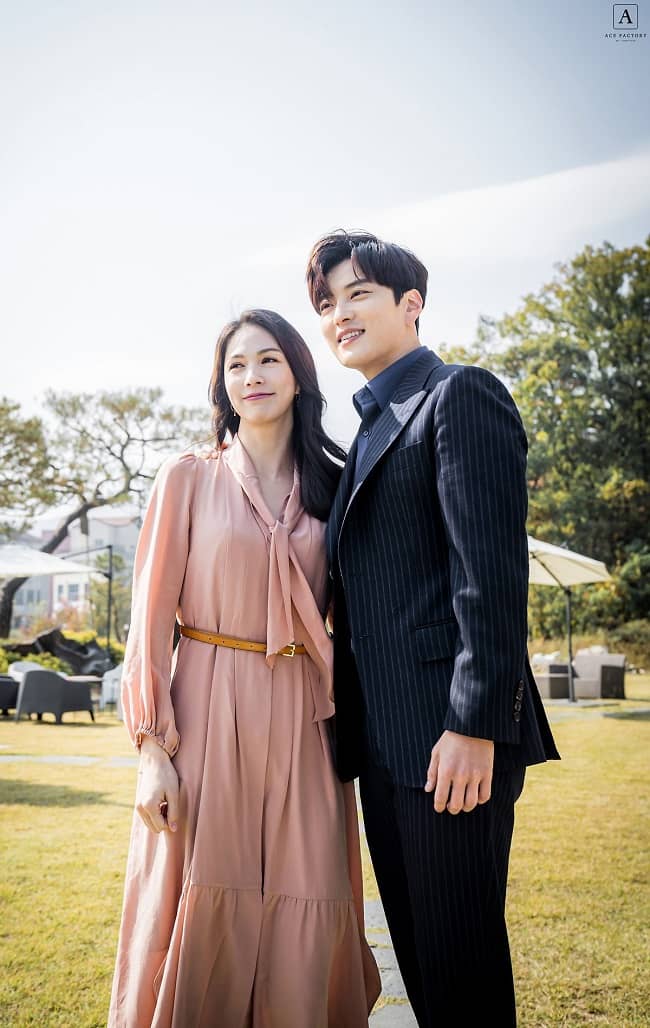 Caption: Jang Seung Jo and his wife Lina posing for a photo when she made a cameo appearance in the drama ‘Chocolate’. Source: Twitter

Jang Seung Jo stands tall at a height of approximately 1.79 meters or 5 feet 9 inches and his weight is around 73 kgs or 161 lbs.

Other than this, there is no information regarding his other body measurement details including his chest-waist-hip measures, dress size, shoe size, biceps, etc.

Talking about his social media presence, he is available on Instagram under the username @ssangear1004. This account boasts 1,189 post shares and more than 126k followers at the time of writing this biography.