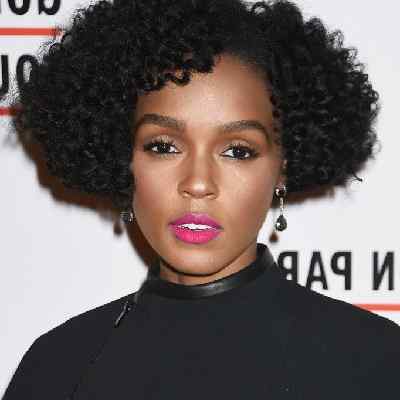 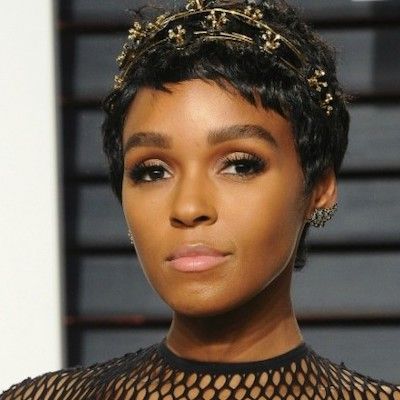 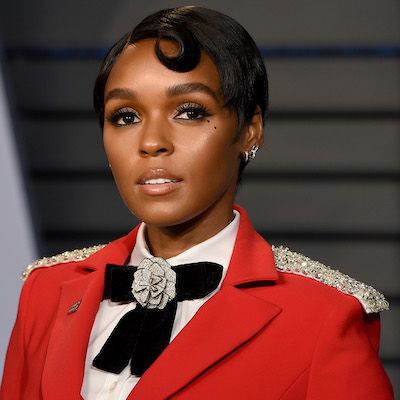 Janelle Monae is an American singer, songwriter, rapper, actress, and producer who became famous for album as The ArchAndriod, The Electric Lady, and Dirty Computer. Janelle Monae is portrayed as the voice actress for Roo 2 and acts in the movie Moonlight.

Janelle Monae is currently 37 years old and she was born on December 1, 1985, in Kansas City, Kansas, United States. Her full name is Janelle Monae Robinson. Her father’s name is Michael Robinson Summers he was a truck driver and her mother’s name is not known but she was a janitor. There is no information about her siblings. She belongs to the African-American Ethnicity and follows the Baptist religion. Her Zodiac sign is Sigitatus.

Janelle graduated from F.L. Schlagle High school in Kansas City. Then after she received a the scholarship at American Musical and Dramatic Academy in New York City. Later she dropped out because she feels like she could not show her creativity. 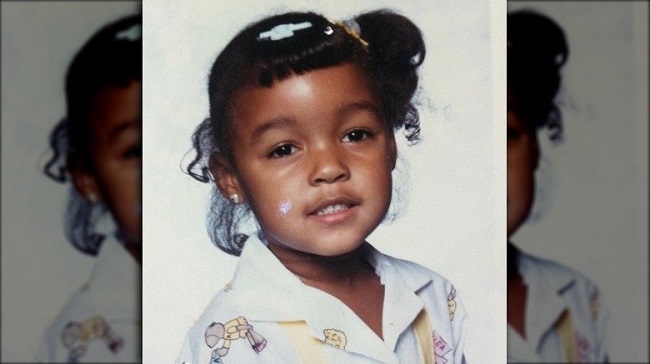 Janelle has an estimated net worth of approximately $6 million dollars. Her Net Worth is influenced by her songs, album selling, and touring. As well as acting also contributes to increasing her assets. There is no information about her cars, house, or salary.

Monae moved to Atlanta, Georgia where she self-produced a demo CD titled Janella Monae. Then she met two friends Chuck Lightning and Nate Wonder and made Wondaland Arts Society a record label. While performing Roberta Flack’s “Killing Me Softly with His Song” hip-hop duo OutKast was impressed with her and was featured on two-song “Call the Law” and “On Your Dream” in 2006.

Her music success came in 2007 when her EP, Metropolis: Suite I got the attention of producer and famous rapper Diddy who signed her on Bad Boy’s record and release it and got a Grammy nomination for Alternative Performance. Later in 2010, she released her debut album, Futurists album The ArchAndriod which peaked at No 17 on the Billboard US album chart and got another nomination for the R&B album.

In 2013, she released her second album name The Electric Lady which features stars such as Prince, Miguel, and Solange and peaked at No 5 on the Billboard 200. Then in 2015, her label Wondaland Arts Society announce a joint venture with L.A. Reid’s Epic Records which show her business skills. Then in 2018, she released singles Make Me Feel and Django Jane and PYNK then and released her third album Dirty Computer.

Her film debut came in the 2014 3D animated film “Rio 2” in which she voiced the character, Dr. Monae. Her acting role came in 2016 for Moonlight and Hidden Figures. Then in 2018 act as Welcome to Marwen in the role of Julie.

Then she acted as Mary Winston-Jackson in the 2016 biopic Hidden Figures, which follows the lives of a small group of African-American women who acted as aeronautical engineers at NASA during the Space Age.

In 2019, she provided voice work for two more films, UglyDolls and Lady and the Tramp. She even appeared in the Harriet Tubman biopic, Harriet. In the following year, she reinstated Julia Roberts as the series lead for season 2 of the Amazon thriller Homecoming. 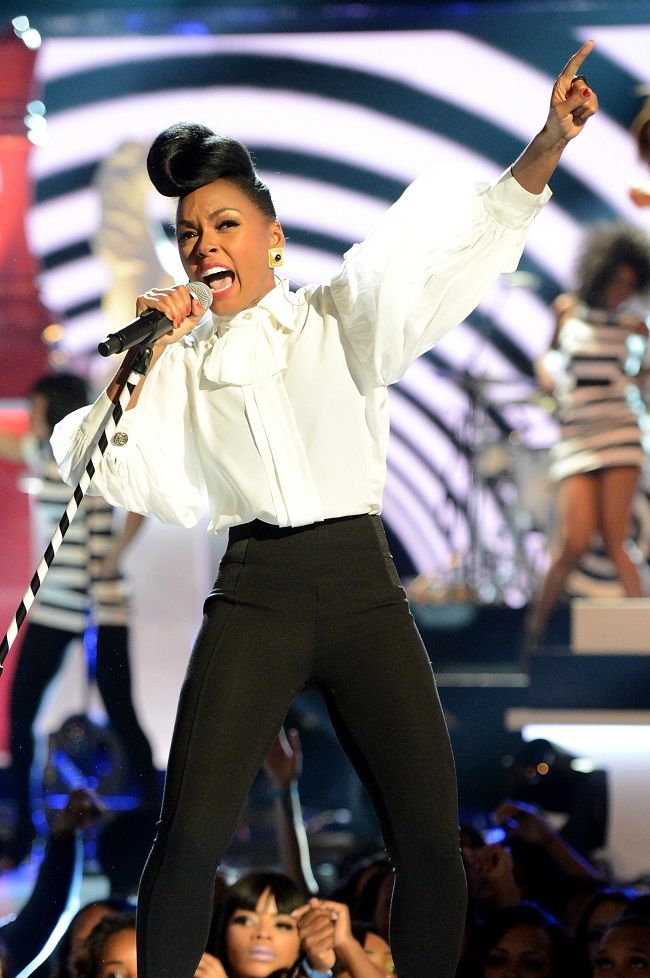 Monae is open about her sexuality and that she is bisexual and in a recent Oscars 2020 event, she gave her introduction to the crowd as a queer black woman. She is private about her personal life. She was in a relationship with F1 racer Lewis Hamilton in 2015 and spotted together at various events. Later, she was in a relationship with Tessa Tompson. Tessa reveals that she was bisexual and dating Monae but she didn’t accept or denied the relationship.

Janelle involves in rumors after a relationship with Tessa Tompson and was spotted together in music videos and events and their chemistry. Then, the controversy starts about their sexuality that they are bisexual. Other than that there isn’t any controversy about her.

Janelle Monáe used the platform of the Oscars 2020 to call out the films that weren’t nominated this year. Janelle performed an opening act during the event. “Hello, neighbors!” Monáe sang as she kicked off her performance and she went on to say, “Tonight, we celebrate the art of storytelling along with the misfits, the outcasts, the misunderstood. Those voices who are long deprived.” Monáe opened her Oscars performance by dressing as the character, Mr. Rogers in “A Beautiful Day in the Neighborhood.”

Janelle then traded the costume for many others, including a flower crown and dress from “Midsommar,” a horror flick starring Florence Pugh that received no nominations. However, Pugh got the nomination for her role in “Little Women.”

Further, Janelle also said, “The Oscars, it’s so white, it’s time to come alive” as she sang during the opening ceremony at the Oscars held at Dolby Theatre in Hollywood, which has no host this year. Moreover, the background dancers behind Janelle called attention to some of the movies that the Oscars ignored. They did so by wearing costumes from those movies like Melina Matsoukas’ “Queen and Slim,” Greta Gerwig’s “Little Women,” “Hustlers,” “Dolemite Is My Name,” “Us,” “Midsommar,” and more.

“From Dolemite to Parasite, it’s time to shine,” she sang, noting Eddie Murphy’s comeback film Dolemite Is My Name. Many considered the lack of nominations for his work as a snub from the academy. Those who thought so included a majority of actors of color. Additionally, Janelle also named Us by Jordan Peele and Hustlers by Lorene Scafaria among those who deserved nomination. 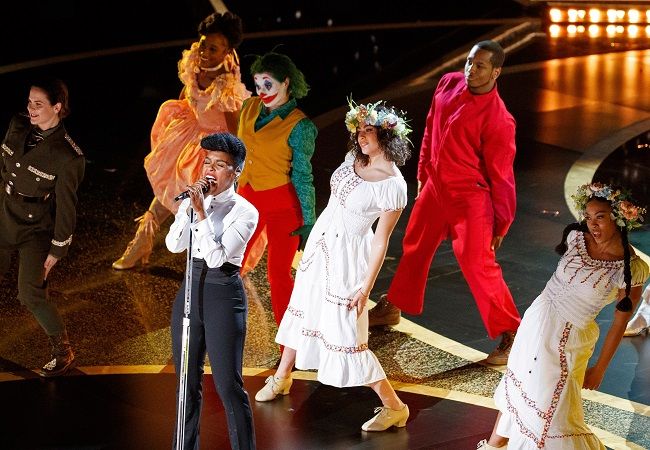 Caption: Janelle Monae performing a musical medley for the opening of Oscars 2020. Source: The New Yorker

Further details of the Award Show

Tonight, we celebrate the art of storytelling along with the misfits, the outcasts, the misunderstood. Those voices who are long deprived.The lovers on the run and the queens and the slims,” sang Monáe addressing the films that were represented behind her.

The Oscars 2020 had no nominations for female directors even though there were plenty of big films from women, including Little Women and A Beautiful Day in the Neighborhood. Moreover, they nominated Tom Hanks for the best supporting actor in the film but they didn’t recognize the work of female director Marielle Heller in the same film. Tom Hanks and his wife, Rita Wilson, were big fans of the homage and Janelle gave Hanks her bowler hat during the performance.

But Janelle wasn’t the only one calling out on the lack of recognition of women at Oscars 2020. Natalie Portman also wore a cape embroidered with the names of female directors who were neglected from the awards show this year. She wore the outfit on the red carpet and those embroidered names were the names of female directors who didn’t get the recognition they deserved.