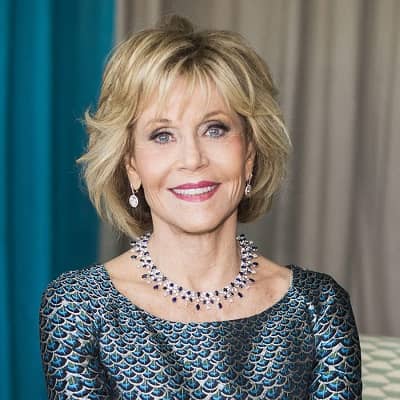 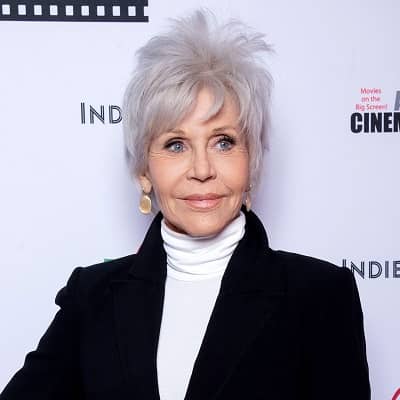 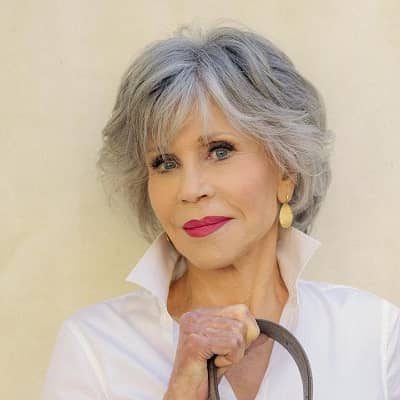 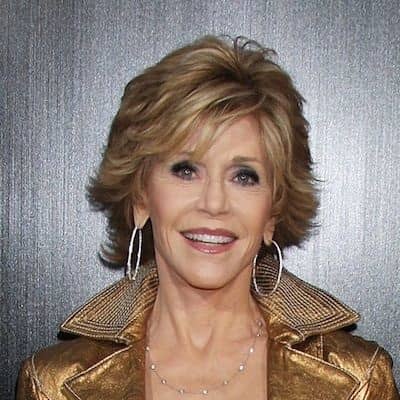 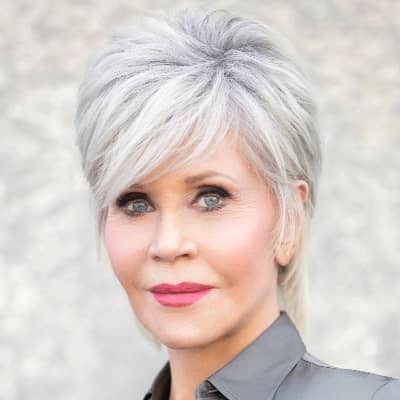 Jane Fonda is a veteran American actress, author, activist, and fitness advocate. Jane Fonda has been active in the film industry from 1959 till the present.

Jane Fonda was born on December 21, 1937, and she is currently 83 years old. Her full name is Jane Seymour Fonda and her hometown is New York City. Likewise, her zodiac sign is Sagittarius. Talking about her family, her parents are mother Frances Ford Brokaw (née Seymour) and father Henry Fonda.

In the Netherlands, the immigrant ancestor intermarried and used Dutch given names. The family’s first Fonda ancestor reached New York in 1650. This family also has English, French, and Scottish ancestry. She was named after Henry VIII’s 3rd wife namely Jane Seymour. Both Janes are distantly related from Fonda’s mother’s side.

As she was named after a respected royal family, people called her a “Lady” as in Lady Jane until her fourth grade. Moreover, she had a brother named Peter Fonda who lived from 1940 to 2019. Peter was also an actor. She also has a maternal half-sister named Frances de Villers Brokaw (aka “Pan”). Frances’ daughter is the owner of the Pilar Corrias Gallery in London and her name is Pilar Corrias.

At the young age of 12 years, Jane Fonda lost her mother in 1950. Her mother committed suicide. At the time, her mother was undergoing treatment at Craig House psychiatric hospital in Beacon, New York. The same year, her father got remarried to the socialite Susan Blanchard. Susan was 23 years younger than her father. Her father’s second marriage ended in divorce.

Later, at the young age of 15 years, she taught dance at Fire Island Pines, New York. Talking about her educational journey, she completed her school at the Greenwich Academy in Greenwich, Connecticut, and the Emma Willard School in Troy, New York. Later on, she attended Vassar College in Poughkeepsie, New York, for higher education.

Prior to her acting debut, she was a model. As a model, she appeared on the cover of Vogue twice. She later developed an interest in acting as a teenager. This was when she appeared in a charity performance of The Country Girl at the Omaha Community Playhouse with her father.

She then dropped out of Vassar College and went to study art in Paris for 6 months. She returned to the USA in 1958 and met Lee Strasberg and this meeting changed her life. 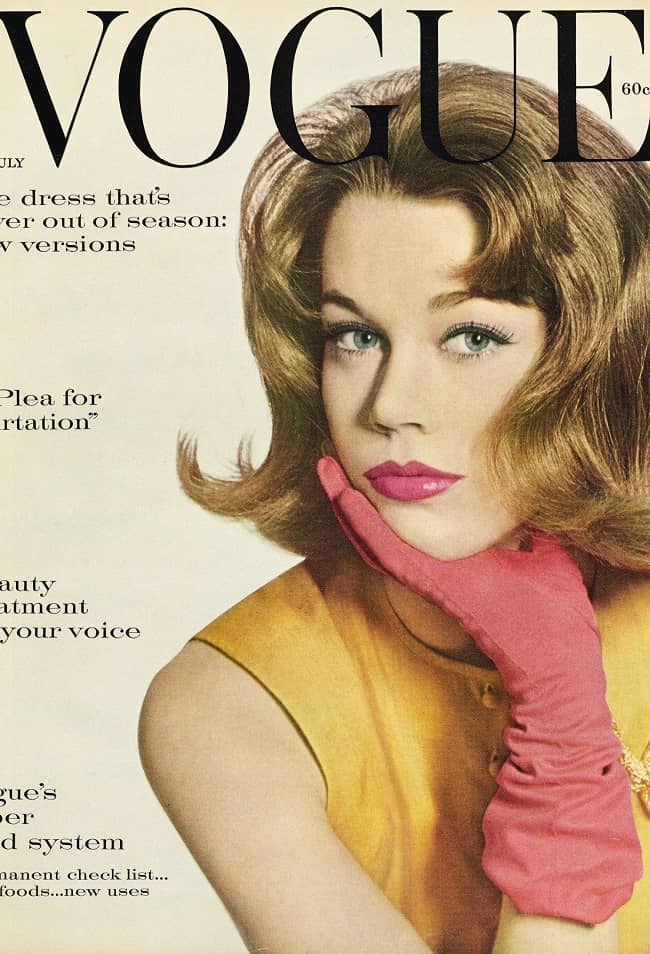 She made her acting debut in the year 1960. It was with the Broadway play There Was a Little Girl. For her role in this, she was nominated for the Tony Award for “Best Featured Actress in a Play”. The same year, she also made her screen debut with Tall Story. Likewise, she gained immense fame in the 1960s with films like Period of Adjustment, Sunday in New York, Cat Ballou, Barefoot in the Park, and Barbarella among others.

She is also a 7-time Academy Award nominee. The actress was nominated for this award for the first time for the film They Shoot Horses, Don’t They? (1969). She then bagged the Academy Award for “Best Actress” two times in the 1970s. They were for Klute and Coming Home. Additionally, she has received other nominations for her projects like Julia, The China Syndrome, On Golden Pond, and The Morning After. 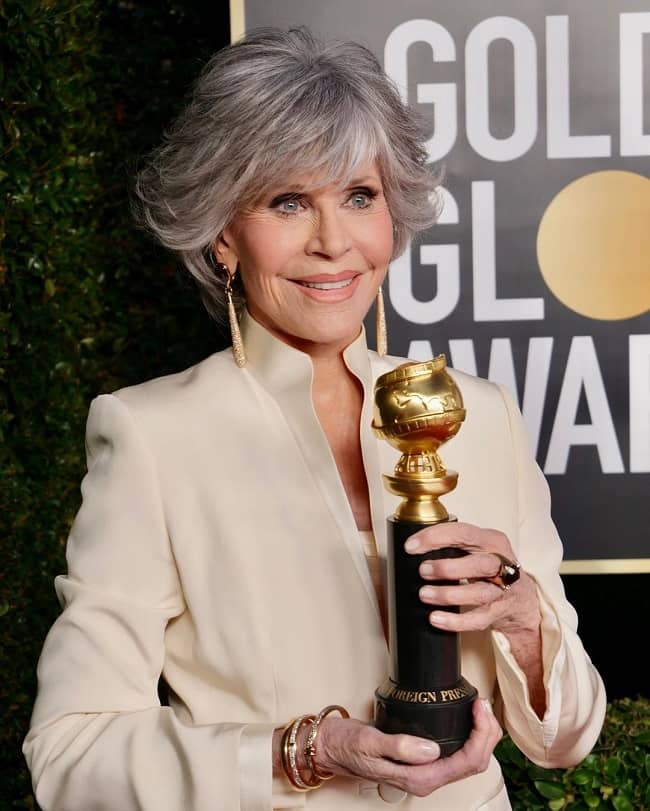 With consecutive hits from 1977 to 1980 with Fun with Dick and Jane, California Suite, The Electric Horseman, and 9 to 5, Jane Fonda sustained her box-office drawing power. Later on, the actress bagged a Primetime Emmy Award for her performance in The Dollmaker.

In the year 1982, she released her first exercise video called Jane Fonda’s Workout. This became the highest-selling VHS of all time. After her third marriage and a series of commercially unsuccessful films, she retired from acting in 1991. Her last project was Stanley & Iris released in 1990.

However, after her divorce from her 3rd husband – Ted Turner – in 2001, and subsequently returned to the screen. Her comeback project was Monster-in-Law released in 2005. In 2007, she appeared in Georgia Rule. Her projects in the 2010s include films like The Butler, This Is Where I Leave You, Youth, Our Souls at Night, and Book Club.

Moreover, she returned to Broadway in 2009 after a 49-year absence from the stage. She returned with the play 33 Variations. For her role in this play, Fonda earned a nomination for the Tony Award for “Best Actress in a Play”.

She also has a major recurring role in The Newsroom and this project earned the actress two Primetime Emmy Award nominations. The actress released five more exercise videos between 2009 and 2012. Additionally, the actress appears as Grace Hanson in Grace and Frankie. 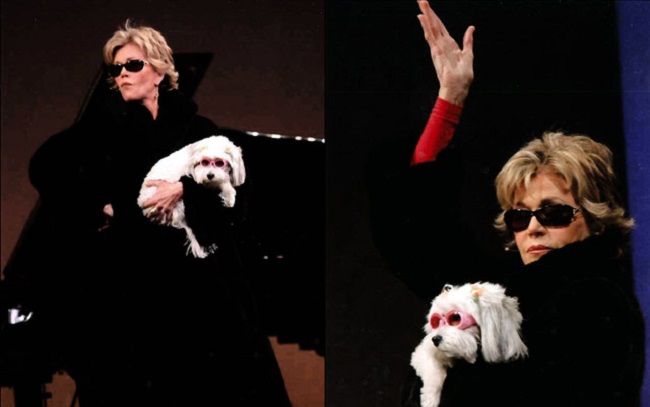 Besides acting, Jane Fonda is also active in politics. She was a political activist in the counterculture era. It was during the Vietnam War. The actress was additionally photographed sitting on a North Vietnamese anti-aircraft gun on a 1972 visit to Hanoi. During this period, she gained the nickname “Hanoi Jane” and was effectively blacklisted in Hollywood.

She has also protested the Iraq War and violence against women. The actress also introduces herself as a feminist as well as an environmental activist. In the year 2005, she co-founded the Women’s Media Center. The other co-founders were Robin Morgan and Gloria Steinem. This is an organization that works to amplify the voices of women in the media through advocacy, media and leadership training, and the creation of original content. Similarly, she serves on the board of this organization. 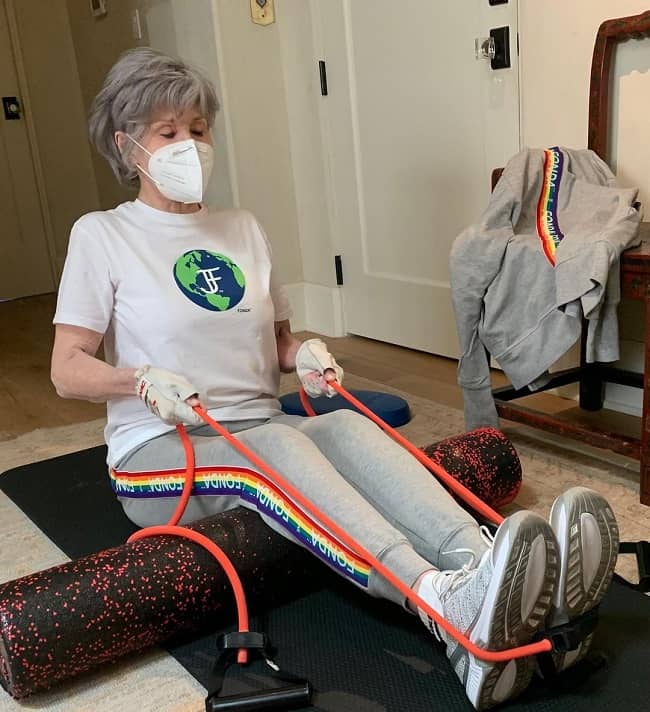 In the late 1950s and early 1960s, Jane Fonda dated Giovanni Volpi, José Antonio Sainz de Vicuña, Sandy Whitelaw, Warren Beatty, Peter Mann, Christian Marquand, and William Wellman Jr. The actress’s 1st husband was Roger Vadim. Roger is a French film director. They tied the knot on August 14, 1965, at the Dunes Hotel in Las Vegas. The couple has a daughter named Vanessa Vadim. Vanessa was born on September 28, 1968. in Paris. The couple then separated by mid-1972 and finalized their divorce in January 1973.

Just 3 days after their divorce finalization, she married Tom Hayden on January 19, 1973. The actress was three months pregnant when they married. The couple welcomed their son on July 7, 1973, in Los Angeles, and named him Troy O’Donovan Garity. Troy is also an actor.

In the year 1982, she and Tom unofficially adopted an African-American teenager named Mary Luana Williams (aka Lulu). However, the couple separated over the Christmas holiday of 1988 and their divorce was on June 10, 1990. A year later, in 1989, she was in a seven-month relationship with Lorenzo Caccialanza.

The actress then married her 3rd husband, Ted Turner, on  December 21, 1991. Turner is a cable-television tycoon and CNN founder. However, the couple separated four days into the new millennium and finalized their divorce on May 22, 2001. 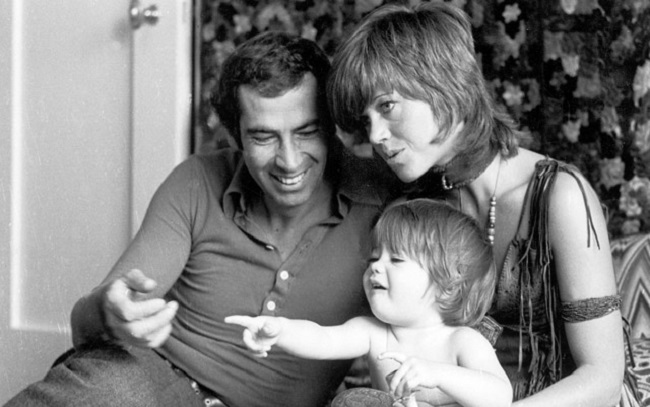 Jane Fonda stands tall at a height of 5 feet 8 inches or 1.73 meters and her weight is around 125 lbs or 57 kgs. Likewise, the actress has a standard body measurement of 36-25-35 inches respectively. She has blue eyes and blonde hair color.

Jane Fonda joined Twitter in January 2009 and so far has over 913.1K followers on her @Janefonda account. She goes by @janefonda on Instagram and has over 1.7 million followers. Similarly, the veteran actress also has over 658K followers on Facebook. Moving on, she has a net worth estimation of around $200 million US dollars.