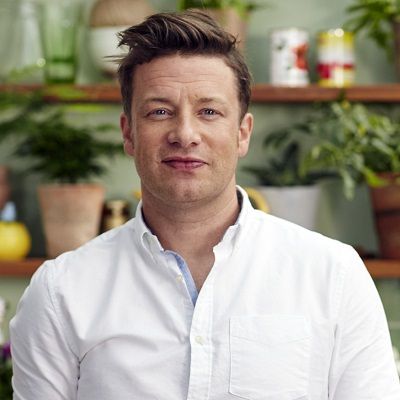 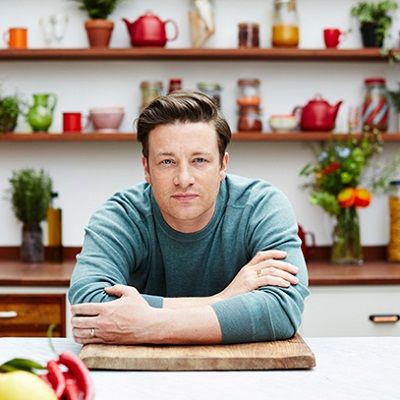 Jamie Oliver is a British Chef and Restaurateur. Jamie Oliver has launched several campaigns to highlight the importance of a healthy diet and nutrition. Likewise, he is also a celebrity chef well known for his cook shows like “The Naked Chef” and famous restaurants, especially in the UK.

Jamie Oliver’s birth name is James Trevor Oliver and he was born on 27th May 1975 in Clavering, Essex, England. He is better known as Jamie Oliver and his current age is 47 years old. Likewise, his parents are Trevor and Sally Oliver. He also has a sister named Anne-Marie. Moreover, his parents owned a restaurant/pub named The Cricketers. It was where he started cooking alongside his parents. 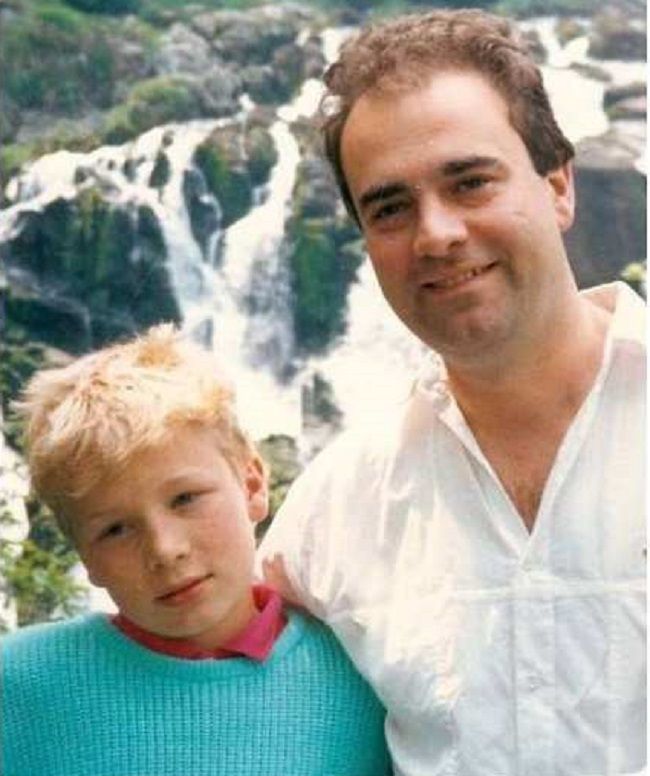 Caption: Jamie with his father in an old photograph. Source: Bodyheightweight

Jamie Oliver first appeared on television when he was working at the River Cafe in London. It was a documentary relating to the restaurant he was working back then.

Oliver started his career initially as a pastry chef at the Neal Street restaurant. Moving on, his BBC show – The Naked Chef debuted in 1999 continuing up to three series. Oliver’s cookbook also became a bestseller in the UK. his Kitchen gave rise to the “Fifteen” restaurant in London. Even today, this charity restaurant trains disadvantaged youths for a career in hospitality.

Moreover, other TV shows/documentaries of his include “Feed Me Better”, “Jamie’s Ministry of Food”, “Jamie Oliver’s Food Revolution” and “Jamie’s 15 Minute Meals”. All of them focused on the importance of fresh food and nutritious diet and also the need to avoid dependence on fast foods.

He also owns many restaurants in the UK, US, Canada, Russia, and Singapore among numerous others. The multiple cookbook publications and restaurant openings helped him gain prominence and a platform to campaign for a healthier diet for everyone, especially children in schools. 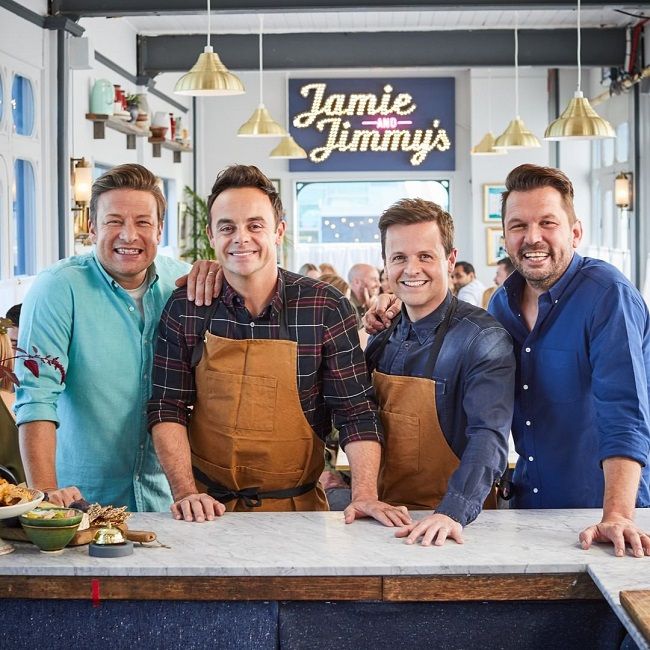 He serves food with limited ingredients and substitutions, for the locked-down and homebound premiering on 23 March 2020, for the crowd isolated by the COVID-19 pandemic. He filmed the episodes of his family’s phones, with his family serving as crew. However, the show got criticism for using techniques and ingredients not found in a typical home, but rather only found in a home where people cook traditionally or ambitiously.

Achievements, Honors, and Net Worth

In June 2003, Queen Elizabeth awarded Oliver an MBE. The honor was for his outstanding services in the hospitality industry. Similarly, he received the 2010 TED Prize in December 2009 for his campaigns to aware people of the need for lifestyle and diet changes. Likewise, in the year 2013, he was awarded an Honorary Fellowship by the Royal College of General Practitioners. The award was for his contribution to improving the nutritional value of school dinners.

Additionally, Jamie Oliver Holdings Ltd. earned enough and helped Oliver be listed as one of the Richest Britons under 30 in The Sunday Times. He has an estimated net worth of 240 million pounds sterlings. However, his net worth might go down due to the collapse of his UK restaurant empire. 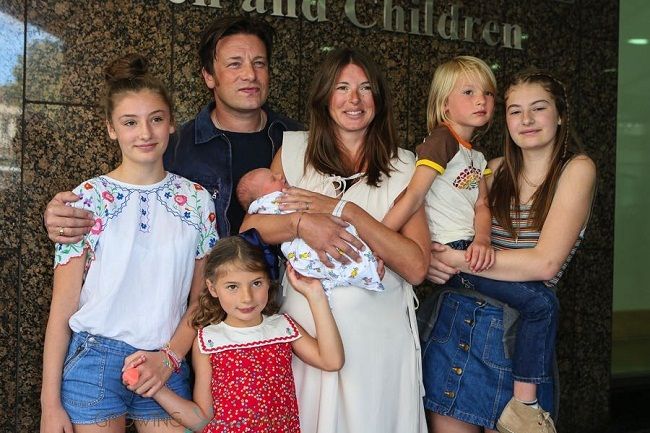 Caption: Jamie Oliver’s complete family. The photo was taken on the day Mrs. Oliver was discharged after the delivery of their youngest son, River. Source: Growingyourbaby.com

Jamie Oliver has admitted that he read his first novel at the age of 38 due to suffering from severe dyslexia, a reading disorder. Additionally, Oliver also revealed in 2015 that enough sleep and a change in his diet helped him lose two stones in 3 months.

He established the Fifteen charity restaurant in 2002. He established it first in London and launched branches in Amsterdam, Cornwall, and Melbourne. Moreover, these charity restaurants trained and encouraged disadvantaged youths to work in the hospitality industry. Furthermore, Oliver also began a campaign to ban unhealthy and junk food in British schools. He introduced the culture to avail children of healthy, nutritious, and cost-efficient meals in their schools. This campaign was documented in the series Jamie’s School Dinners.

Since 2005, Jamie Oliver has been into many controversies. Animal rights groups criticized Oliver for slaughtering a lamb on his show in 2005. Likewise, he also faced controversial situations while launching the campaign in schools, advocating for local produce, and partnering with the “Big Fish Fight” – which uses endangered fish. Additionally, he also faced backlash for partnering with Royal Dutch Shell which lacked action on climate change, corruption, and bribery allegations.

Among his numerous restaurants, 22 out of 25 restaurants in the UK have closed due to the group going into administration. This has caused a loss of more than 1,000 jobs. However, Oliver narrowly turned back the collapse of his chain “Jamie’s Italian” in 2017 and he ultimately surrendered to financial difficulties in May 2019. He announced that his restaurant business was being placed into bankruptcy protection.

He stands 5’10” tall in height and weighs approximately 74 kgs. Similarly, he has naturally brown hair and mesmerizing blue eyes. Also, he wears shoe size 12 (US)/ 45 (EU).

Jamie Oliver’s social media updates are mostly related to his daily cooking journey. Similarly, he also shares his personal life and family on his accounts. Oliver has 4.78 million subscribers on his YouTube channel. He shares videos of his cooking styles and recipes on his channel. Likewise, he has gained 6.6 million followers on Twitter and 8.4 million on Instagram. Further, he is also available on Facebook with over 7.2 million followers.