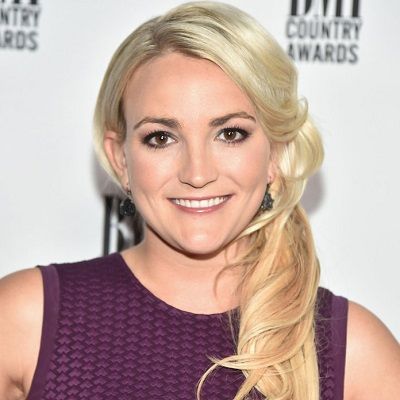 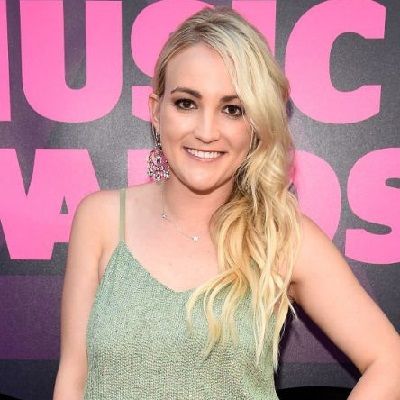 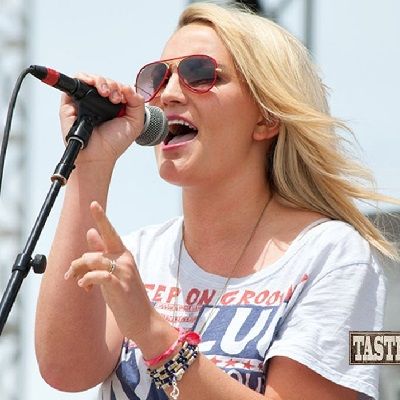 Jamie Lynn Spears was born on 4 April 1991 and is currently 29 years old. Her hometown is McComb, Mississippi, and her parents are father James and mother Lynne Spears. Similarly, Jamie has two older siblings namely Bryan and Britney. Further, she grew up in Louisiana.

Further, Jamie attended Parklane Academy and there she was a cheerleader, and point guard of the basketball team. She studied with tutors while filming Zoey 101 in Los Angeles and finished her education via online correspondence. Jamie then received her GED in February 2008 through Tangipahoa Parish School System Adult Education Center.

Additionally, Jamie moved to NYC with her mom and sister when she was only a few months old. It was so that her sister could pursue her entertainment career. During junior high school, Jamie also played on the school’s softball team. She then took gymnastics after school, which sister Britney also did as a child.

Further, Jamie has English with smaller amounts (to varying degrees) of Italian, Scottish, Scots-Irish (Northern Irish), Irish, French, and Welsh, ancestry. Her maternal grandmother’s name is Lilian Irene Portell and she was an English-born war bride. Moreover, Jamie’s Italian ancestry is from one of her grandmother’s grandfather named Edward Richard Portelli.

Jamie is Graciella Sanchez’s sister in law and she is also an aunt to Sean Preston and Sophia Spears. Moreover, porcelain doll collection is her hobby and she suffers from moderate asthma. Jamie is also good friends with Emma Roberts.

Jamie Lynn Spears is an American singer along with being an actress. She is also the younger sister of Britney Spears. Moreover, Jamie is well-known for her role as Zoey Brooks on the Nickelodeon teen sitcom Zoey 101. She starred from 2005 to 2008 in this show. Then in July 2019, Netflix announced that Jamie Spears has been cast as a series regular in the upcoming romance drama series Sweet Magnolias.

Moreover, Jamie became the subject of significant media attention and controversy in the year 2007. Back then, she announced her pregnancy at the young age of 16 years and this effectively sent her career into hiatus. Additionally, in 2013, Jamie launched a career in country music and released her debut single How Could I Want More along with her debut EP, The Journey.

Further, as an actress, Jamie was the youngest cast member of All That until Christina Kirkman came along. She was also a featured artist on former pop-rap band Triple Image’s version of Girls Just Wanna Have Fun. Before being cast in All That, Jamie was in an E-Kara commercial. Moreover, she is a tomboy and her favorite color is pink. 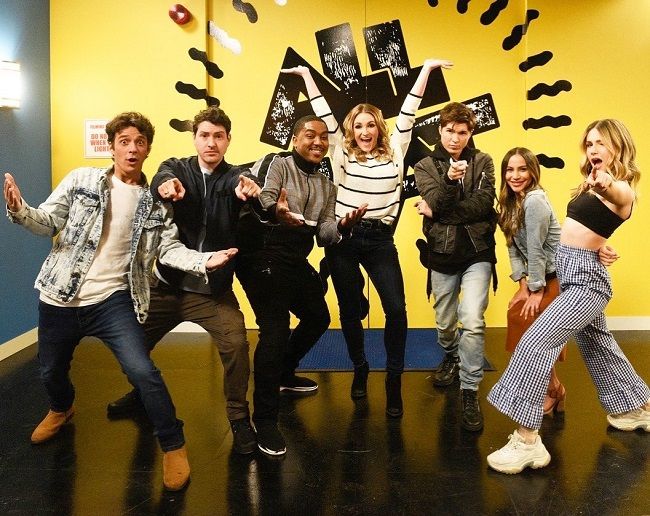 Caption: Jamie Lynn Spears along with the cast of “All That”. Source: Instagram

In February of 2002, Jamie Spears made her acting debut in the drama film Crossroads. This film also stars her sister portraying the central character Lucy Wagner. Jamie Spears made a cameo, playing the younger version of Britney’s character. Following this, Nickelodeon cast her as a regular performer in the eighth season of the sketch comedy series All That.

This season followed a two-year hiatus of the series. Then Jamie Spears portrayed various roles through the two seasons she appeared in as well as herself. Her performance received positive reviews from critics with many complimenting her comedic timing and being a highlight of the show.

However, Jamie Spears did not return for the series’ tenth and final season to pursue other roles on the network. She made a guest appearance at Stars, Stripes and Skates skating gala at Madison Square Garden in September 2002.

Then, in August of 2004, she signed a development deal with Nickelodeon. Spears would star as the protagonist in her own scripted TV series and the network would air her work. The series went on to be titled Zoey 101 and she portrayed the role of Zoey Brooks.

The series centered on Zoey and her friends. They attend a fictional boarding school, Pacific Coast Academy (PCA). She also recorded the series theme song, titled Follow Me. Her sister, Britney Spears wrote this song. They filmed the series at Pepperdine University in Malibu, California and it premiered on 9 January 2005. The series was also the network’s highest-rated series premiere in over eight years.

For this, Jamie Spears won a Young Artist Award and a Nickelodeon Kids’ Choice Awards for her performance. However, Nickelodeon announced the fourth season would be the series’ last season. The series finale, “PCA Confidential” aired on May 2, 2008. After the news of Jamie’s pregnancy at 16, Nickelodeon issued a statement stating that the network respected Spears’s decision to take responsibility and noting that its primary concern was for her well-being.

Moving forward, in December 2007, Variety announced Jamie Spears had signed on to guest appear in the ABC comedy sitcom series Miss Guided. Jamie played the role of a promiscuous high school student. The character is Mandy Fener who appeared in the episode “Hot Sub” which aired on March 20, 2008. That same year, she also voiced the role of Goldilocks in the direct-to-DVD animation film Unstable Fables: Goldilocks & 3 Bears Show.

Following her move to Nashville, Jamie began working on a country music album with a number of local music producers. On 7 November 2011, she held a small concert at the Rutledge in Nashville. There, she performed a set of original songs. Later, on 25 November 2013, she released her first single How Could I Want More from her upcoming debut album. The song debuted at number 29 on Billboard’s Hot Country Songs, and at number 8 on the Country Digital Songs chart, for the week ending 7 December 2013.

Billboard’s Kevin Rutherford described Spears’ performance as “sweet and innocent” yet powerful. He also suggested that her song would fit right in at country radio. Jamie also featured on her older sister, Britney Spears’s eighth studio album “Britney Jean” on the song Chillin’ With You.

Then on 27 May 2014, she released an EP called The Journey. The EP peaked at number 5 on Billboard’s Heatseekers Albums, and at number 24 on Top Country Albums. Jana Kramer recorded a song Spears co-wrote, I Got the Boy, which they released as the second single from the Thirty One in 2015.

Moreover, on 15 March 2016, Jamie Spears performed at the Grand Ole Opry in Nashville. Her siblings, Britney and Bryan introduced her. They made surprise appearances at the show. Then on 24 June 2016, she released her second single, Sleepover. Spears describes this song as “young, flirty and empowering”.

Additionally, Jamie was a presenter and a performer at Radio Disney Music Awards in April 2017. In an episode that aired on 13 July 2018, Jamie Spears returned to Nickelodeon for the first time in over ten years as a contestant on the revived game show Double Dare, with her daughter Maddie. They competed against fellow All That alumnus, Josh Server & his niece. Her team won over $15,000 and they donated it to the New Orleans hospital that treated Maddie following a near-fatal ATV accident.

Likewise, in July 2019, Netflix announced that Spears has been cast as a series regular in the upcoming romance drama series Sweet Magnolias. This is based on the novel series by Sherryl Woods. Jamie plays a young woman named Noreen Fitzgibbons and she works as a nurse. The character also wants to build a new life after making bad choices.

Then in November of 2019, Teen Vogue reported that Jamie Spears joined Nickelodeon television’s new series, which is uniting two of the channel’s most iconic shows from the past: All That and Zoey 101. She plays her All That character, bodyguard, and bacon enthusiast called Thelma Stump.

Beyond Music and Acting

Jamie Spears has also been featured in several fashion blogs and magazines like Seventeen, Teen, Girls’ Life, Mizz, and Nickelodeon Magazine. She has also appeared in commercials and print ads throughout her career. Moreover, Jamie also appeared in TV commercials for eKara, Pepsi, and Clorox Bleach.

Then in 2018, Jamie appeared in an advertising campaign for Kraft with her daughter Maddie. She is also popular on social media and she endorses products like beauty and wellness products on her Instagram handle. Jamie has also partnered with FabFitFun, KiwiCo, and Teami Blends.

At present, Jamie Spears is married to Jamie Watson. The Jamie duo tied the knot on 14 March 2014. Prior to Jamie Watson, she dated Casey Aldridge from 2005 to 2010. The former lovers were also engaged and have a child together. Their daughter’s name is Maddie Briann.

When they had their first child, Casey was 18 years old and Jamie was only 16. The news of her early pregnancy also put the actress’s career into hiatus. Jamie announced her pregnancy news on 20 December 2007 in an interview with OK! magazine. Then on 19 June 2008, Jamie Spears gave birth to a daughter at Southwest Mississippi Regional Medical Center in McComb, Mississippi.

Further, Jamie Spears confirmed her engagement to Aldridge in March 2008. This news came after she was reported wearing an engagement ring. Then in May 2008, the couple moved back to Liberty, Mississippi, and purchased a house. However, the pair called off their engagement in March 2009, and Jamie Spears ended the relationship moving out in February 2010. Later in August 2010, the pair reconciled but ended their relationship again in November 2010.

Jamie subsequently began a relationship with Jamie Watson. Watson is a businessman who owns communications service Advanced Media Partners. Two years of on and off dating later, they announced their engagement in March 2013. And on 14 March 2014, they married in New Orleans. With Watson, Jamie has a daughter named Ivey Joan. She gave birth to her second daughter on 11 April 2018. 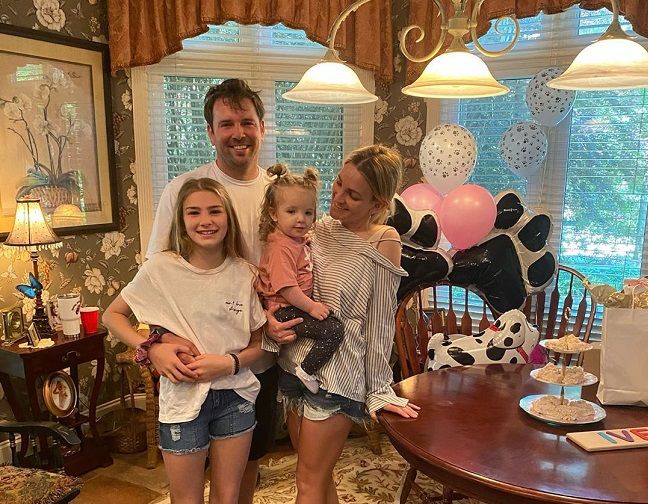 Jamie Spears’s pregnancy at an early age generated controversy as the media was accused of using the story to glamorize teenage pregnancy. Some teens were disappointed with the contrast between her on-screen personality as a good girl and her real-life pregnancy.

On 4 June 2008, while in Amite County, Mississippi, the Spears family filed a complaint against Edwin Merrino. Edwin is a paparazzo who, they believed, was following and stalking the couple. However, he denied the allegation and later was released in the day after posting a $1,096 bond.

Talking about Jamie’s body measurements, she has a height of 1.64 meters or 5’5″ and weighs around 55 kgs. Moreover, her chest-waist-hip measurement is 35-25-35 inches respectively. Also, Jamie has brown eyes and blonde hair.

Jamie Lynn is available on several social media platforms. She joined Twitter in January 2010 and so far has 541.5k followers. Similarly, she has 2 million followers on her @jamielynnspears account with 197 posts as of August 2020. Her Facebook page has over 958 followers and her self-titled Youtube channel has 110k subscribers.

Moving on, Jamie Lynn Spears has a net worth estimation of around $5 million dollars. She earns through her involvement in music, acting, brand endorsing, and much more.