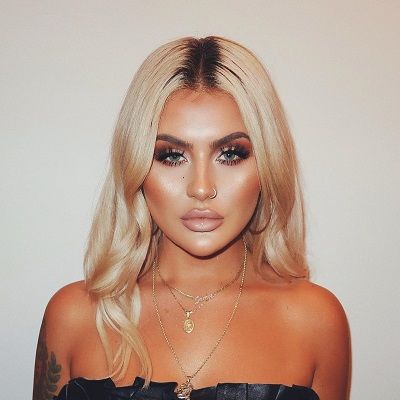 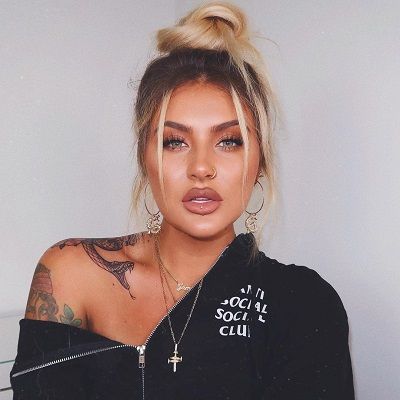 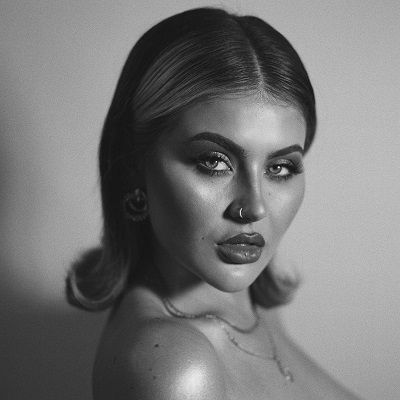 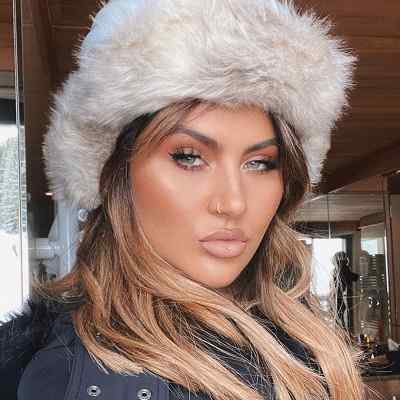 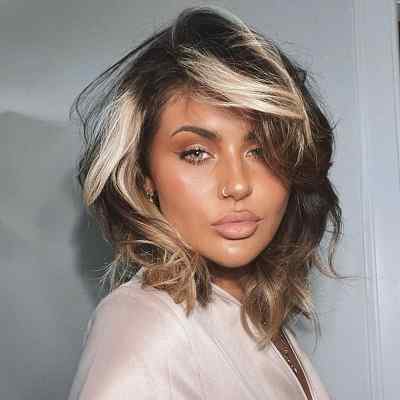 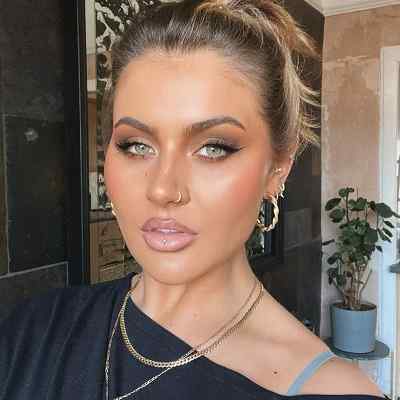 Jamie Genevieve is a Scottish Youtube star and beauty guru. Jamie Genevieve also has a lipstick named after her and she is popular for featuring famous personalities like Rihanna, Victoria Beckham, and Drew Barrymore among many others. On her social media bio, she introduces herself as a “Makeup Artist & Digital Creator. Wife, Dog Mum & Self-Care Enthusiast”.

Jamie Genevieve was born on June 25, 1993, and she is currently 27 years old. Likewise, she is originally from Tillicoultry, in Clackmannanshire, Scotland, but she later moved to Glasgow, Scotland, at age 11 years. She grew up on a housing estate in Tillicoultry and says she was a daddy’s girl who was always outdoors playing.

Moreover, her full name is Jamie Grant Genevieve and her zodiac sign is Cancer. After moving to Glasgow at age 11, she left school early. She was determined to work and make money for herself. Further, she discovered make-up at age 15 years as per her interviews.

She has not shared much information regarding her parents, siblings, and other family details. Likewise, she also has yet to share her educational journey with the public. 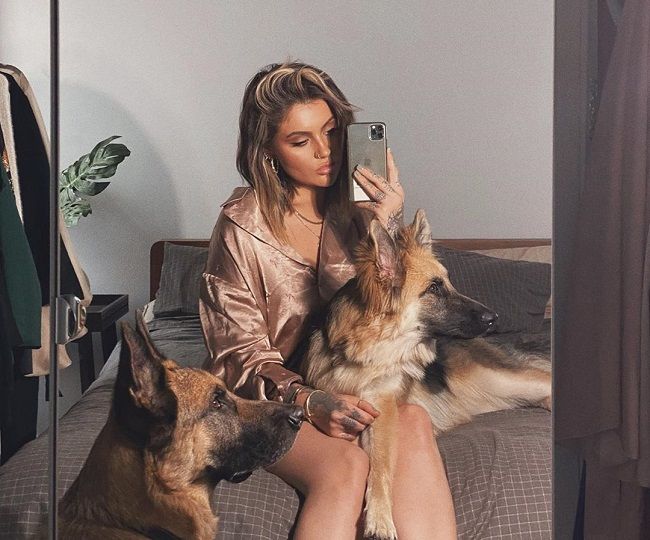 Professionally, Jamie Genevieve is a makeup artist who rose to fame for her self-titled YouTube channel. She has also grown extremely popular on Instagram, clocking in over 1.4 million followers on the photo-sharing app. Prior to this immense fame, she worked as a make-up artist for Illamasqua at Debenhams in Glasgow. There, people would come in and ask for replicas of her makeup looks from Instagram.

Moreover, she signed for a YouTube partnership in London with StyleHaul. Also, she is friends with fellow beauty guru and YouTube star Samantha Ravndahl.

In just five years, she went from department store make-up girl to social media sensation and has amassed over a million Instagram followers and 750,000 subscribers on YouTube. She also has a lipstick named after her and works closely with about 15 of the world’s top beauty brands. She jets to various international locations including The Hamptons, Dubai, New York, Las Vegas, and the Maldives among many others.

To her followers, her life is a blur of helicopters, parties, and meeting celebrities like actress Drew Barrymore, Victoria Beckham, and singer Rihanna. It is hard to deny that she is an “influencer”. If she likes something, it flies off the shelves. But she hates the word as she believes this word sounds like she is trying to persuade people to buy the products. She adds that she doesn’t work with brands if she doesn’t like it and hence is able to build trust with her views.

Moreover, she has worked her way up the hierarchy of Glasgow’s make-up counters. It soon became apparent that she had a way with people. Further, multiple brands pay her to promote their products in her videos and Instagram posts. She also earns from advertising on her YouTube channel.

The opportunities are now pouring in. There is also a documentary for the new BBC Scotland TV channel called Jamie Genevieve: #Unfiltered. It aired on 25 February 2019.

Likewise, she also created her own lipstick for MAC, and hence producing her own products may not be far away. She also expands her constantly-growing fan base by posting weekly make-up tutorials and lifestyle vlogs as well as daily Instagram look posts.

Like many YouTubers, she does not divulge her earnings but remembers the first day she earned more in a day than she did in a month and says her family no longer has to worry about making ends meet. Moreover, she currently has a net worth of approximately $1 million to $5 million. Despite her popularity and fame, she has not received any brand endorsement deals as of now. However, it is possible that in near future, she might start to endorse brands.

Her Youtube channel alone is worth $168,000. She has published over 430 videos which all together add up to more than 79.2 million views. She creates on average 9 new videos every month earning 108k video views and 286 new subscribers every day.

Jamie Genevieve is a married woman and her husband is Jack McCann. The two tied the knot in July 2019 and they were engaged earlier in July 2017. Her husband is also a partner in her professional life. He helps in editing and photographing her videos and photos for social media.

The lovers met each other at the T in the Park music festival. Jack is a former bricklayer and now he accompanies her on planes and helicopters around the globe, filming and editing her vlogs and snapping Instagram-friendly photos. Further, her lover is also often seen in her vlogs and has a massive Instagram following of his own. 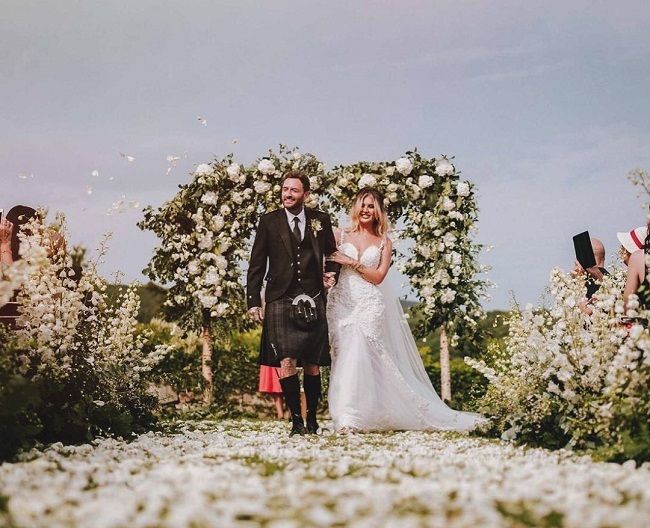 Caption: Jamie Genevieve captured with her husband Jack during their marriage. Source: Instagram

Jamie stands tall at a height of 5 feet 10 inches and weighs around 64 kgs. Similarly, her chest-waist-hip measures are 35-25-37 inches respectively. She has hazel green eyes and naturally brown hair that she has dyed blonde.

Moreover, she has frankly shared that her followers can clearly see the changes by comparing her selfies! For such content on her social media, she doesn’t mind if there’s any backlash because she believes everyone has a choice. Alongside receiving numerous brand endorsement opportunities and offers, she also donates many of her make-up freebies to women’s shelters. 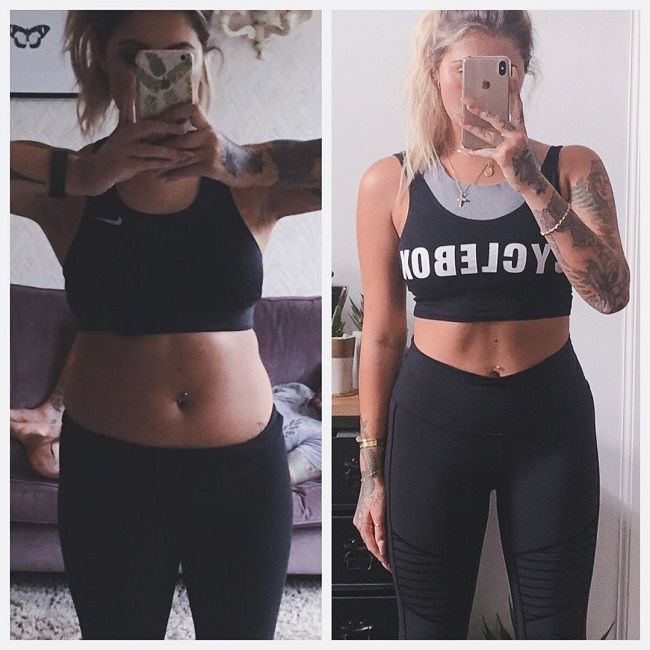 Talking about her social media presence, Jamie Genevieve joined Twitter in March 2013 and so far has over 264.1K followers on her @jamiegenevieve account. She created her official Facebook page on March 8, 2013, and at present has over 81.6k people following it. Further, she has shared 1,530 posts and has earned over 1.4 million followers on her @jamiegenevieve Instagram handle.

She has over 871K subscribers and over 87.7 million views since the channel’s creation on March 13, 2013. We can also contact her at [email protected] for more inquiries.