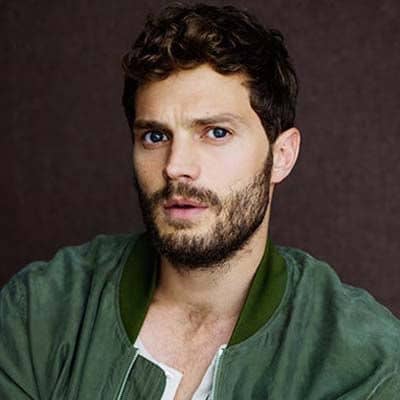 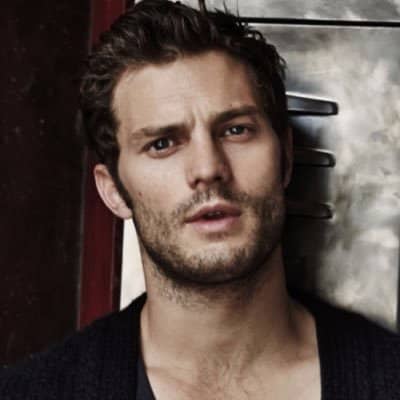 Jamie Dornan is a well-known Northern Irish actor as well as a model. Jamie Dornan has been able to establish himself as one of a famous artists in both TV and films. He is better known for his performance as Sheriff Grahan Humber in Once Upon a Time. He also gained fame through his appearance in The Fall.

Jamie Dornan was born on May 1, 1982. His birthplace is in Holywood, County Down, Northern Ireland. Currently, he is 40 years old. He has a horoscope like Tauras. Likewise, he belongs to British and Northern Irish nationality. Similarly, he is of Northern Irish ethnic background. 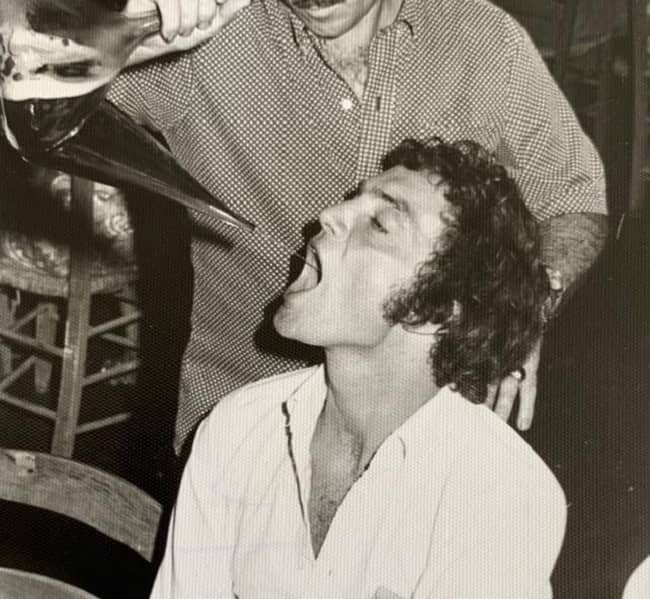 Furthermore, his parents are Jim Dornan and Lorna. His father, Jim Dornan is a professional obstetrician and also a gynecologist. Sadly, his mother, Lorna expired due to pancreatic cancer when he was just sixteen. He has two sisters as his siblings. They are Liesa and Jessica.

From a very early age, he was enthusiastic to become an actor in the future. He used to be super active in participating in the drama department during his college days. Besides, he had joined Methodist College Belfast. Also, he has enjoyed playing rugby in college, Afterwards, he attended Teeside University. Nevertheless, he did not complete his studies at the university to shift to London. He shifted to London to further initiate his acting career.

In the initial phase of his career life, Jamie modeled for Abercrombie & Fitch in 2003. He then worked as a model for Aquascutum, High Boss, and Armani.  He then got involved in ad campaigns for brands such as Dior Homme, and Calvin Klein. New York Times then considered him as The Golden Torso.

Firstly, he worked as an actor in Marie Antoinette in 2006. Likewise, he appeared in Hammer Horror’s production Beyond the Rave in 2007. In 2009, he got involved in the role of Joe in Shadows in the Sun. After two years, he portrayed the role of Sheriff Graham in the series, Once Upon A Time.

Previously, his character was killed in the episode The Heart Is a Lonely Hunter. But he returned as the Huntsman from the Enchanted Forest for the final episode of the season, A Land Without Magic. Latterly, he worked in series like The Fall and Flying Home.

In 2015, he appeared in Fifty Shades of Grey. Consecutively, he also appeared in second and third sequels in 2017 and 2018. In a singly year he gave his appearance in Anthropoid, The Siege of Jadotville, and The 9th Life of Louis Drax.

Moreover, his projects in 2018 are Untogether, Fifty Shades Freed, Robin Hood, and My Dinner with Herve. His 2019 movies are ‘Endings, Beginners’, and Synchronic. At that year, he was also cast in Barb and Star Go to Vista Del Mar, and Wild Mountain Thyme.

Into the bargain,  he was nominated for the title of Best Kiss for Fifty Shades of Grey in 2016 in MTV Movie Award. For Irish Film and Television Awards, he won two titles in 2014. They are IFTA Award and Rising Star Award for Best Lead Actor-Television for The Fall. In 2015 and 2017, he got nominated for IFTA Award for Best Actor in a Lead Role-Film and Drama. It was for The Siege of Jadotville and The Fall respectively.

Surprisingly, he was among the Top 10 Breakout Stars Award in IMDb awards in 2014. In Czech Lion 2017, he was nominated for the Anthropoid of the award Best Supporting Actor. He received the Breakthrough Award in 2014 for The Fall.

By the same token, he was nominated for the Best Supporting Actor for Anthropoid in Brtish Independent Film Award 2016. One more nomination of him was in BAFTA TV Award 2014 for Best Leading Actor in The Fall.

According to the latest and recent research, Dornan’s net worth is estimated to be about $14 million. However, other facts and figures such as yearly salary, and personal belongings are not made public. 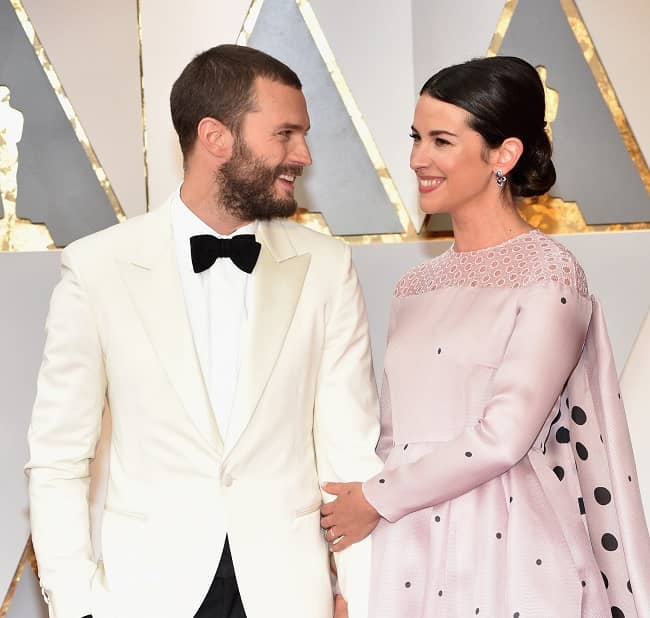 Presently, he is happily married to Amelia Warner. They tied the knot with each other on April 13, 2013, after dating for five years. The couple has been married for seven years. The married couple shares two children. They have three daughters, Dulcie Dornan, Alberta Dornan,  and Elva Dornan.

Into the bargain, Jamie Dornan was once rumored to be dating Lindsay Lohan in 2006. Therefore, the information has not been confirmed and does not have clarity in it. Additionally, a controversy occurred when it was said that Fifty Shades has won several non-prestigious EAzzie Award nominations. Also, there are several criticisms as well as scandals in regards to the Fifty Shades franchise. Other than that, there are no other individual rumors and controversies related to him.

The handsome model’s height is 5 feet and ten inches. His weight is seventy-seven kgs. Likewise, he has light brown colored hair and blue-colored eyes. Nonetheless, other details about their exact body measurement of Jamie are not known through any source of information. 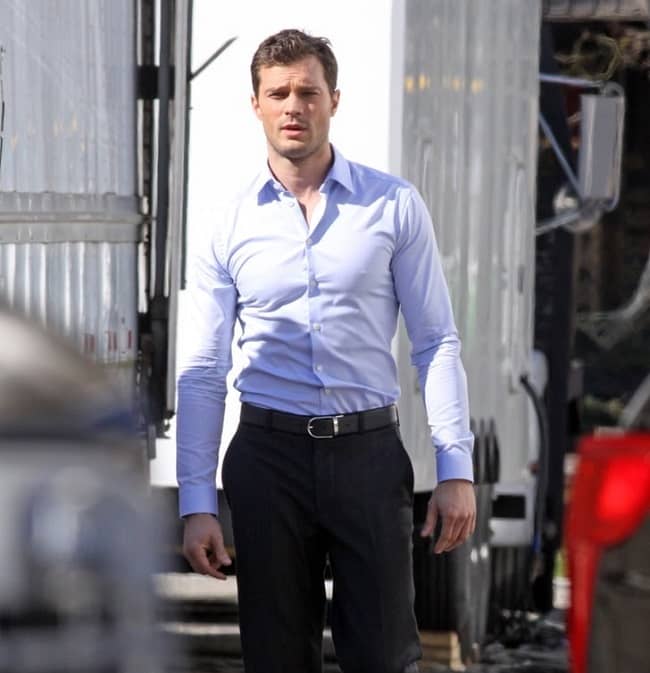