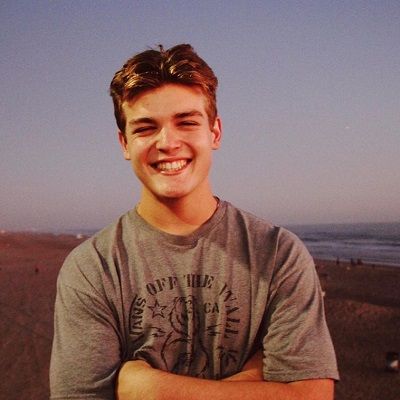 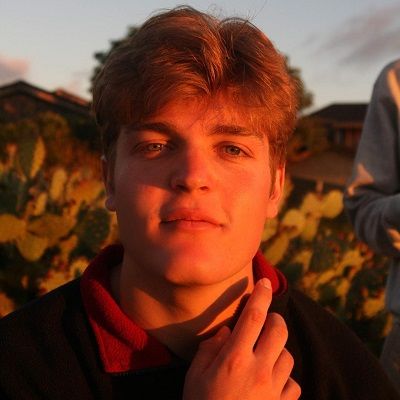 James Wright was born on 29th March 2003 and is currently 19 years old. Likewise, he was born and raised along with his twin brother Jack Wright in California, United States.

James holds an American nationality, belongs to a Caucasian ethnic background, and follows Christianity. However, there is little and no information about his parents. 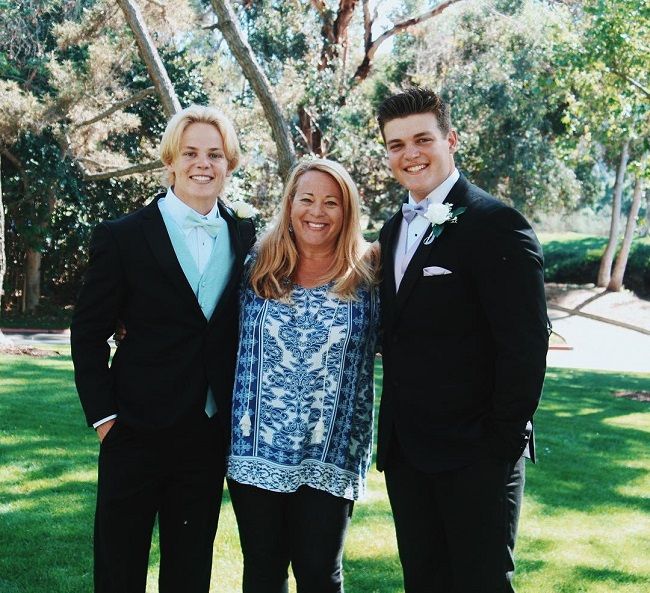 Caption: James with his mother and brother. Source: Instagram

Reflecting upon his educational qualification, James completed his primary education in California along with his twin brother. During their school days, James was quite active in sports and participated in many track and field competitions.

He is a talented track and field athlete who has won several school and inter-school competitions. Likewise, after that James completed his high school at Great Oak High School. However, there is no information regarding where he enrolled for college yet.

Furthermore, reflecting on his body appearance, James has a chunky face with fair skin, brown eyes, and blonde hair color. He stands the height of around 6 feet and 3 inches tall. However, there is no information regarding his body measurement. James started his career on Instagram in 2015. He started posting pictures of his everyday life and also posted videos of pranks he played along with his brother. Likewise, soon James also created his account on the famous Lip-sync app TikTok.

He uploaded his first video, ‘I caught them talking and I didn’t know they were breaking up with each other. Followed by this, James uploaded a funny video along with his brother Jack, ‘Literally his ex is in our class and he’s flirting with someone else it’s so awkward.

Furthermore, James uploaded his first dancing video on Tiktok in which he danced along with his brother Jack. Their first dance video was, ‘Did we pass the vibe check’.

Similarly, James gained massive popularity after his dancing video, ‘Walmart Versions of the Lopez Brothers, and ‘This was Too Fun to make.

It was loved by his followers for their sassy moves in the video. Likewise, his Tiktok account @jameswright achieved wide followers of 1.1Million fan following. 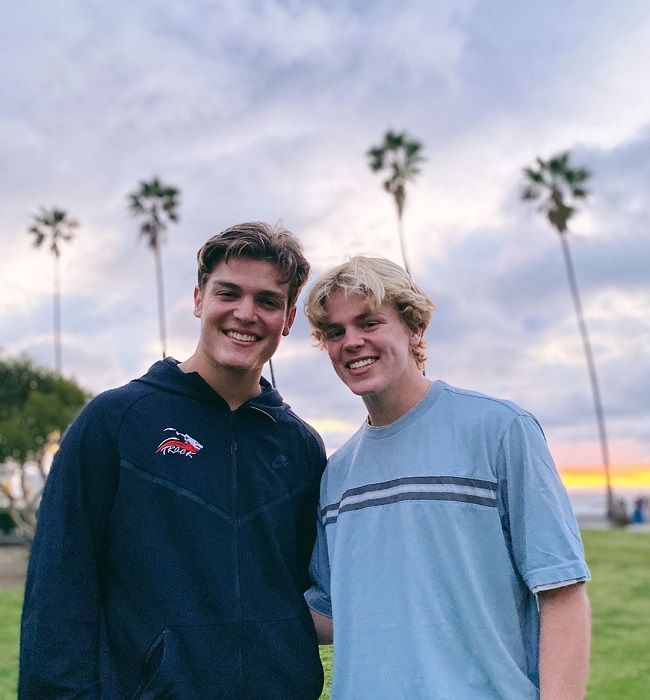 James and his brother Jack are a member of The Hype House. It is a Spanish-styled mansion located on top of a hill in Los Angeles, which is a living house for digital media, and Tik Tok content creators.

James is himself a successful Tik Tok star and The Hype House has shaped him and polished his skill to develop him towards success.

Similarly, James has created many dance videos along with his fellow group members, including, Charli D’Amelio, Avani Gregg, and Addison Rae. He has collaborated with them and all these videos have showcased their dancing skills and upgraded their talents more.

James has indeed gained a huge number of fans following in such a short period. Similarly, his primary source of Income is Tiktok and his net worth is around $1.5 Million.

James is currently single and not in any romantic relationship with anyone. Currently, he is more focused and busy preparing for the career ahead.