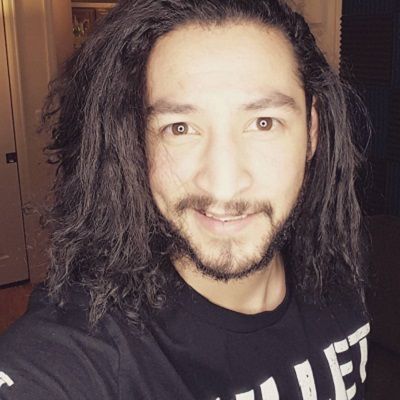 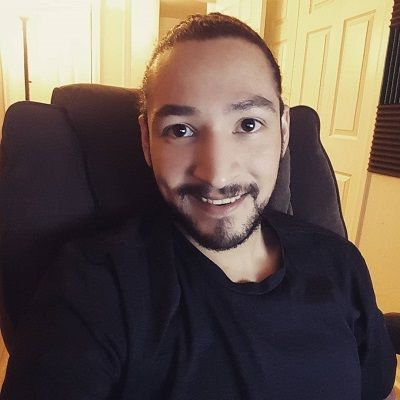 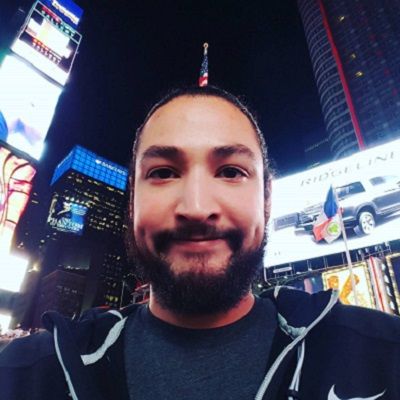 James Richard Wilson Jr. was born on June 1, 1990, in Lancaster, Pennsylvania, USA. As of 2020, he is 30 years old and his birth sign is Gemini. He worked at a Twizzlers factory where he sold hot dogs and lived with his mother and dogs before embarking on his YouTube career. He currently lives in Colorado.

Moreover, he has a dog named Ein who frequently appears on his Instagram. He is a huge fan of wrestling and was present at Wrestlemania 29 in East Rutherford, New Jersey. There is no information regarding his educational background. 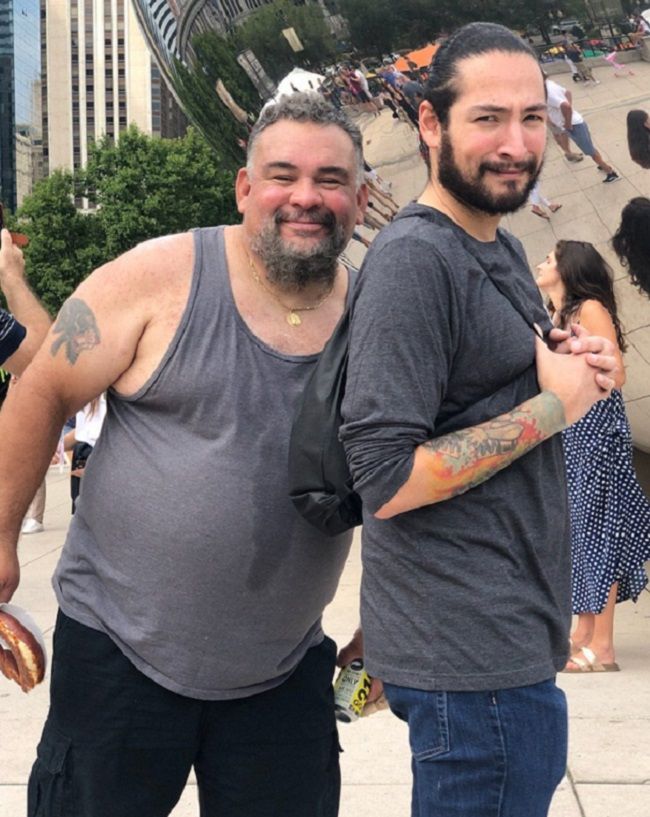 He enjoys Lipton Iced Tea and Fruit Gushers. He believes it’s unprofessional to eat and/or drink while commentating, yet does both regularly. Moreover, he is acrophobic. He is allergic to crab as stated in his 404 Challenge special with Sp00n.

James started his channel ‘UberHaxorNova’ in 2008 and published several Machinima videos. He also posted some ‘Let’s Play’ videos of different games. He later began posting videos of ‘Machinima Respawn,’ which had just been launched. When his fan base started growing, he expanded into commentary too. This caused a remarkable shift in his videos as he decided to solely focus on commentary because that brought in a higher number of viewers.

He later started experimenting, and initiated a solo playthrough of Dead Rising 2. This turned into a multiplayer walkthrough along with the YouTuber, ‘Sp00nerism’. They continued to play various multiplayer series in the coming months. He was so popular that one of YouTube’s most subscribed user ‘PewDiePie’ played with him. Wilson has also collaborated with other celebrity YouTubers like Sp00n, Kootra, and Cryaotic.

In 2010, he joined ‘The Creatures’ aka ‘The Creature Hub,’ a gaming group he had previously worked with. While creating several multiplayer series together with fellow gamer Sp00nerism, he was introduced to other Machinima members. He soon was absorbed into the group and regularly appeared as a guest on their talk show.

Moreover, he also secured a voice on ‘Happy Wheels’, a platform browser game, in which he has his own character, ‘Pogo Stick Man’. His videos under this channel became popular and his series about Happy Wheels was so successful that his fans demanded it to be continued. The creator of the game himself contacted Wilson.

His stint with ‘The Creatures’ became one of his most famous collaborations as the scope of their content expanded by the year. His best friend Aleks, better known as ‘ImmortalHD’, joined ‘The Creatures’ and worked with Wilson. The group moved to the ‘Creature House’ in Colorado to continue working on their channel together and used this house as their office. 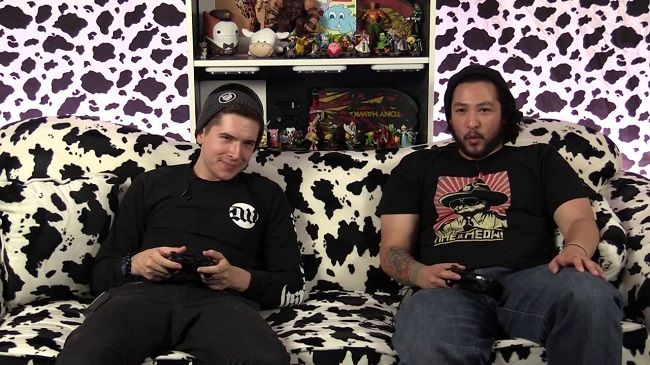 ‘The Creatures’ were so successful that they received sponsorships from Taco Bell and Pizza Hut. He even had a limited sponsorship contract with NOS Energy Drink. However, the members had different ideas about the direction the channel should take. They failed to reach any decisive conclusion. Wilson finally decided to leave the group along with Aleks on April 30, 2016.

He had worked with ‘The Creatures’ for six years and cited creative differences and personal problems as the reasons behind his exit. After leaving ‘The Creatures’, Aleks and he decided to focus on ‘Cow Chop’ and they also continued their relationships with ‘Let’s Play’ and ‘Rooster Teeth’. They started uploading videos in April 2016 and regularly hosted live streams.

The channel focuses on pranks and gaming with commentary. Their content includes Wilson setting things on fire, playing with fireworks inside homes, breaking walls and doors, and other activities that draw in a lot of viewers. The duo posts videos regularly, one video a day on an average. Wilson also has a second YouTube channel titled, ‘NovaPipeBomb’; this secondary channel focuses on WWE gaming videos.

His popularity earned him a nomination in the category of ‘Gaming’ for the sixth season of the Shorty Awards. While his current net worth has not been disclosed, there are speculations that he’s among YouTube’s self-made millionaires.

James has never dated anyone publicly. He is rumored to be dating fellow YouTuber Venomkisser, but there haven’t been any confirmations. However, as the rumors are not confirmed, we can assume that he is single and having a good single time. He might have dated someone earlier, but he has not mentioned anything about it. Similarly, he has not been in any drastic controversial acts.

James has maintained a healthy and fit body physique. He stands the height of 5 feet 10 inches tall but he has not disclosed his weight. However, he has an average height that matches his body structure. Moreover, he has colorful tattoos on both of his hands. He has dark brown hair and eyes of the same color. 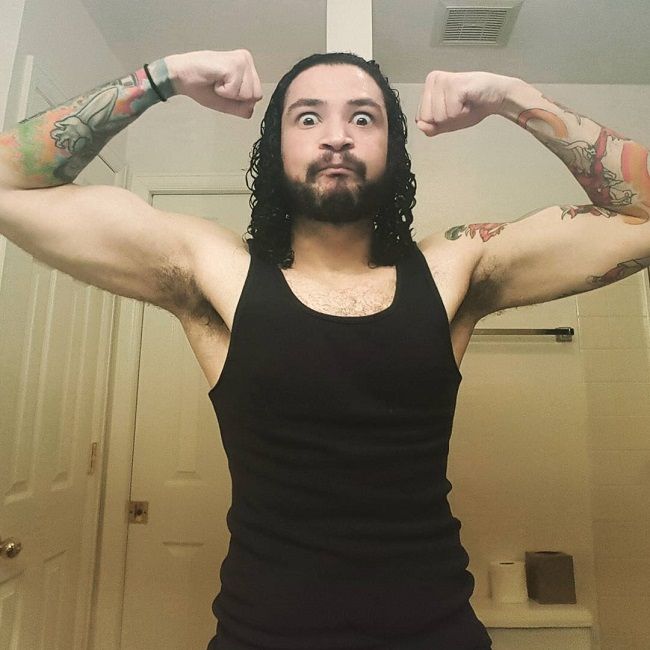 James is active on different social media besides YouTube. His Instagram account ‘@analusername’ has earned over 128K followers. He is also available on Twitter with more than 636K followers. Similarly, his official Facebook page ‘@TheUberHaxorNova’ has gained over 165K followers. His ‘UberHaxorNova’ YouTube channel has amassed over 3.06 million subscribers. Moreover, he is popular on Twitch as well.

As coming to his earnings and net worth, he might pocket a good amount of money through his social media career. This gamer whose content is mainly gaming commentary videos might make a good amount for himself. He has an estimated net worth of around $2.2 million.