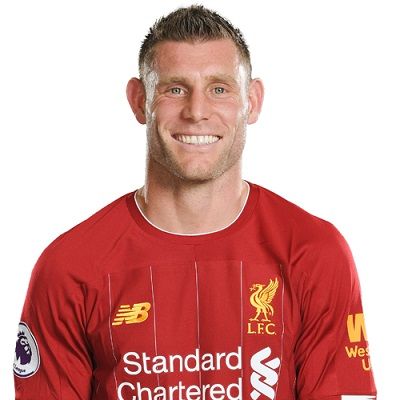 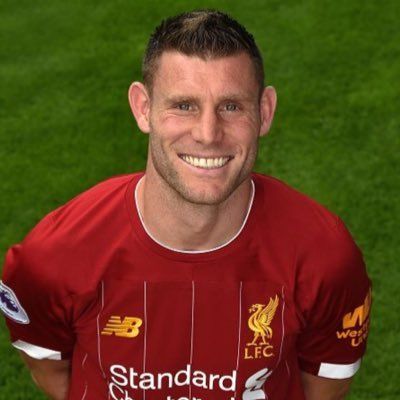 James Philip Milner is an English Professional Football player currently playing for Liverpool in the Premier League. Liverpool’s vice-captain Milner is a versatile player and has played in different positions such as on the wing, in midfield, and at full-back.

Born on the 4th of January 1986 in Worthley, United Kingdom, Milner is the son of Peter and Lesley Milner. His mother was an estate agent whereas his father was a quantity surveyor. He is 36 years old.

Milner played several games as a child including football, cricket, and long-distance running, and was good at all of them. As a primary school student, it was at Westbrook Labe Primary School that he started playing football. Later he was transferred to Horsforth School.

Here, school coach Graeme Coulson, who was also a coach for Rawdon, recognized his talent and persuaded him to play for Rawdon in several tournaments.

Along with being a great athlete, Milner was a ‘first-class’ student with 11GCSE and an award for his performance in physical education. However, Milner completer his studies at Boston Spa Schol. It was a sports college partnered with a football club. 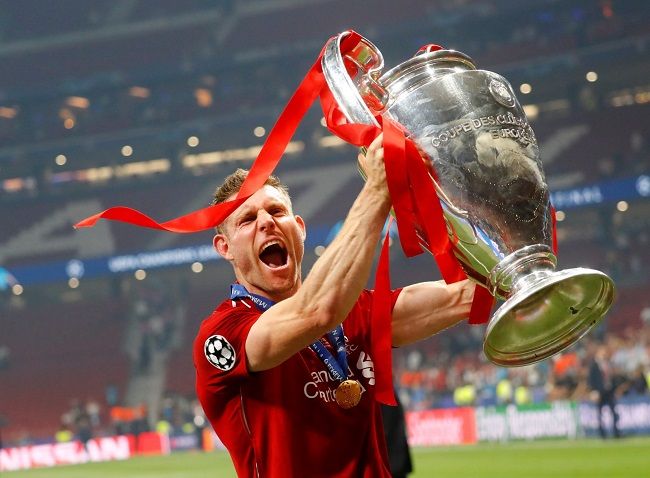 Currently, the international player has a net worth of around $11 Million. Moreover, this talented player makes around $7 million every year.

As a brilliant player won the title of PFA Young Player of the Year: in 2009–10. Besides this, he has been a part of several wins for his team. As for recent wins, his current club won the UEFA Champions League 2018-19, UEFA Super Cup 2019and the FIFA Club World Cup 2019.

After completing his education, Miler joined the Leeds United Youth Academy in 1996.

6 years later, on November 10, 2002, he made his debut as a substitute for Jason Wilcox, in a match against West Ham United. With their debut, he became the second-youngest player to ever play in the Premier League at the age of 16.

Later in December of the same year, Milner scored a goal against Sunderland and became the youngest player to score in the Premier League. However, his record was broken in 2005 by James Vaughan.

The year 2002 was in favor of Milner. So many of his performances were praised and appreciated by other professional players, coaches, commentators, and viewers.

As a result, Leeds offered a 5-year contract to Milner on February 10, 2003. However, Leeds had to face numerous negative stories in the media. It led the team to lose many of its first-team players.

Consequently, Leeds was relegated from the championship leaving speculation over Milner’s future at the club. Initially, Milner rejected offers from Tottenham Hotspur, Aston Villa, and Everton.

But eventually, Leeds sold it to Newcastle United for an initial price of £3.6 million due to financial problems. Although he was not happy about leaving the club, he wished to do what was best for the club.

Milner made his debut for Newcastle United during their pre-season tour in Asia, scoring his first goal for the club against Kitchee, in a 1–1 draw in Hong Kong. He played in the 2004 Premier League and debuted in European competition in the same year for Newcastle.

His first match in the UEFA Cup was against Bnei Sakhnin from Israel. Milner was having a good time with Newcastle until manager Bobby Robson was replaced by Graeme Souness.

He started 13 league matches but did not play his first full Premier League match for Newcastle until April 2005.

In the 2005-06 season, Newcastle purchased Nolberto Solano from Aston Villa. Consequently, Miner being loaned to Villa had to play the rest of the season for the Villa.

He made his first appearance for the Villa on 12 September 2005 in a Premier League match against West Ham United.

Milner was a positive signing for the Villa. Manager David O’Leary wanted Milner to join the club permanently. Even Milner leaned toward joining Villa due to the probability of becoming a regular starter.

However, Newcastle’s new manager Glenn Roeder appeared to appreciate Milner and expressed a desire that him remains in Newcastle.

Milner returned to Newcastle at the start of the 2006-07 season and played for the entire season. He even signed a 4-year contract with Newcastle in January. The season started well for Milner.

However, he had to miss the last nine matches due to a foot injury. Consequently, he requested a written transfer. Later, on 29 August 2008 for a fee of £12 million, Milner signed a 4-year contract with Aston Villa.

He made his debut for City on 23 August against Liverpool. Milner invested 5 years of his career in Manchester City. During this period, he played in the 2011 FA cup, 2011-12, and 2012-13 premier league, and UEFA Champions League. 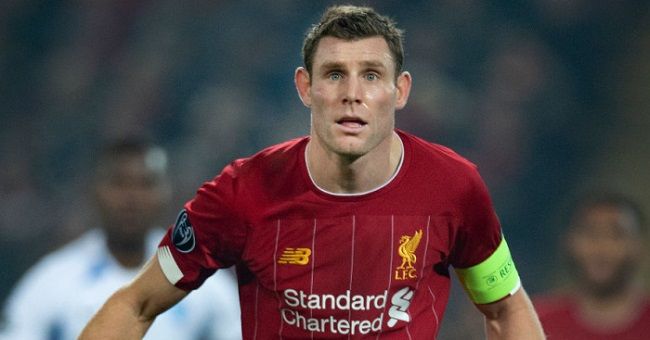 Caption: Milner when he played as a calpain for Liverpool
Source: team talk

Milner joined Liverpool for a free transfer on June 4, 2015. Soon after joining the club, he was announced as the vice-captain on August 7, 2015.

He played his first match for the club against Stroke with a 1-0 win. He played as a captain for the team against Arsenal in the same year.

On 26 September 2015, he scored his debut goal for Liverpool against his former club Aston Villa at Anfield and won by 3-2. Milner has been a great asset to Liverpool since the day he joined. Recently in December 2019, the club extended its contract with its Vice-captain

Milner is happily married to his long-term girlfriend Amy Fletcher. The two were together even before Milner started his football career. The lovely couple married in the year 2014 and now have two beautiful children together.

Although Milner has spent years in media, he has not been given a chance to the public to gossip about his personal and professional life. That is to say, he has not been a part of any controversy. 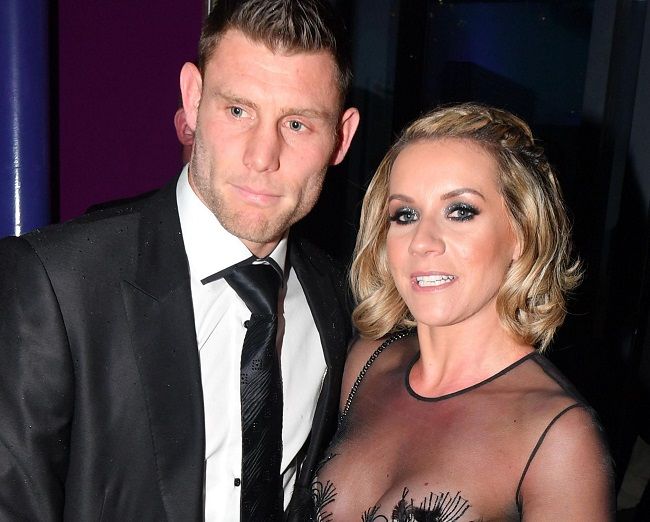 Caption: James Milner with their wife at his charity ball with Liverpool stars. Source: The Sun

As a professional Football player, Milner has maintained an athletic body structure. He is 5 feet and 9 inches tall with a body weight of 70 kg.

Milner is active on different social media sites where he connects with his fans. One can find him on Instagram (@jamesmilnerofficial), Twitter (@JamesMilner), and Facebook (@JamesMilnerPages).