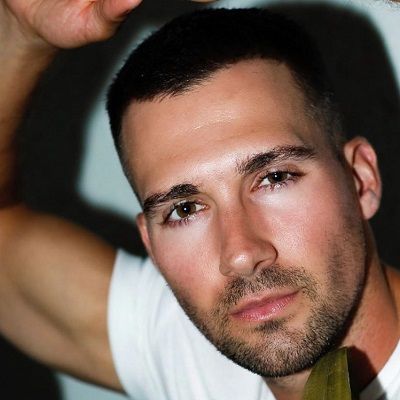 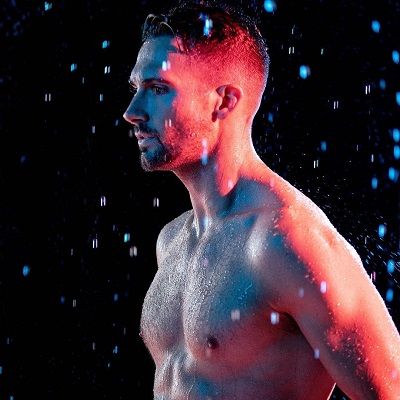 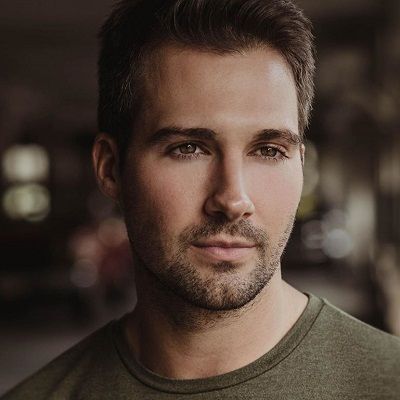 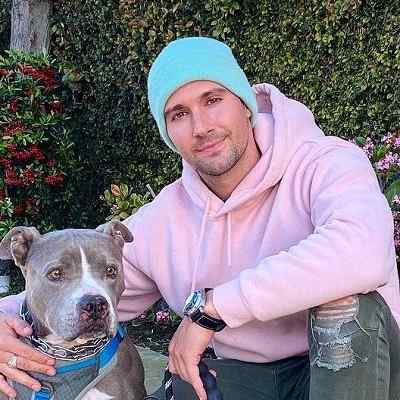 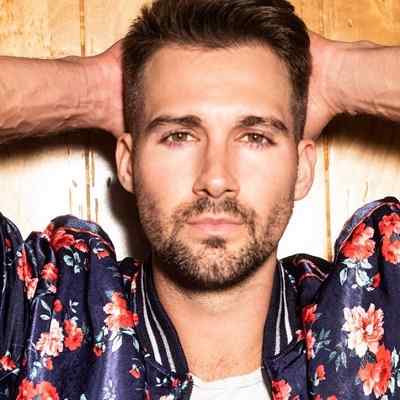 James Maslow is a prominent American actor as well as a singer. James Maslow has appeared in movies like “urFRENZ”, “Seeds of Yesterday”, and “48 Hours to Live” among others. Likewise, he has released many songs including “Love U Sober”, “Christmas Beautiful”, “Circles”, and “Cry” featuring City Fidelia.

James Maslow was born on 16 July 1990 and he is currently 30 years old. He is originally from New York City, New York but grew up in La Jolla, California.

Likewise, his full name is James David Maslow and he was raised Jewish. his father is Jewish whereas his mother is Catholic. James attended Hebrew school six days a week during his childhood.

He also celebrated his Bar Mitzvah.Likewise, he describes himself as a “religious and spiritual person”.

Talking about his childhood, he began training as a singer at the young age of six when his parents placed him in the San Diego Children’s Choir.

He also had a small role in the San Diego Opera’s production of La bohème. It was back when he was only 10 years old.

He also attended acting camp at the La Jolla Playhouse and also got his first agent when he was only age 14.

He then went on to perform as Marius in a production of Les Misérables. he quit the San Diego School of Creative and Performing Arts (SDSCPA) midway through the 10th grade.

He then switched to Coronado School of the Arts (CoSA). Then in the year 2007, he graduated from CoSA in the musical theater department. 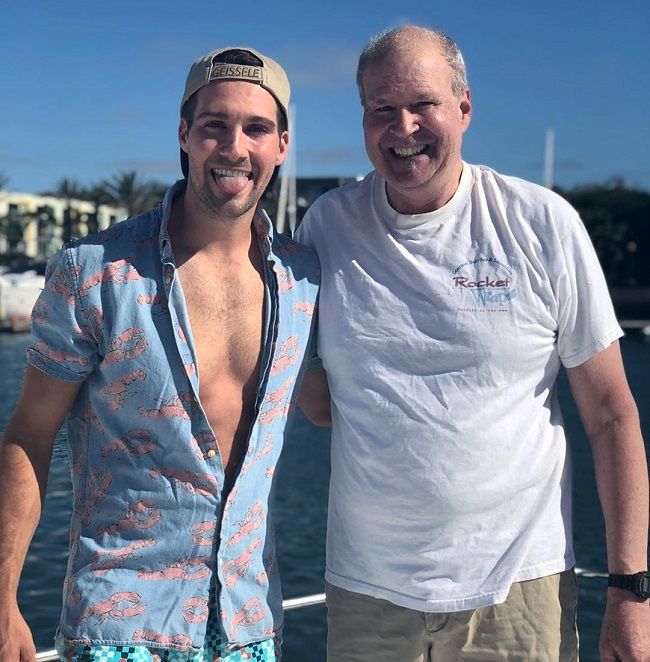 Caption: James Maslow posing for a photo with his father. Source: Instagram

Professionally, James Maslow is an actor and singer. He made his acting debut in the year 2008. It was the role of Shane in an episode of iCarly. It is the Nickelodeon show.

Likewise, he also appeared in urFRENZ in the year 2009. In this, he portrayed the character of Brandon. Then in 2012, he went on to film an episode of See Dad Run. For this, he played the role of actor Scott Baio’s former TV son, Ricky.

Likewise, in the year 2007, Maslow sent his audition tape for a new Nickelodeon sitcom. He received the role of the Diamond two years later for the show Big Time Rush.

For this project, he worked alongside Kendall Schmidt, Carlos Pena, Jr., and Logan Henderson among others. The aforementioned people later formed the real boyband called Big Time Rush.

They released the first album titled B.T.R. on 11 October 2010. This album consists of original songs from the first season plus some others.

They were able to sell 67,000 copies in the first week of release and the RIAA certified this album Gold after five months in March 2011.

Then on 21 November 2011, this band released its second album titled Elevate. This album sold over 70,000 copies in the first week of its release.

Additionally, Maslow and his bandmates co-wrote 8 songs out of the total 12 songs. He helped write the song Elevate, co-wrote Love Me Love Me,  and also the first single from the album Music Sounds Better With U.

The band also has a third album titled 24/Seven. They released it on 11 June 2013 and they promoted the album with the tour shared with Victoria Justice

The tour was called the Summer Break Tour. This tour began on 21 June and ended on 15 August. Moreover, in late Winter 2014,

Maslow went on the band’s latest tour called Big Time Rush Live 2014 World Tour. They performed in Texas and 7 countries in Latin America during this tour.

ABC announced on 4 March 2014 that he would appear on the 18th season of Dancing with the Stars. He paired with professional dancer Peta Murgatroyd and made it to the finals.

However, he got eliminated on the first night. Maslow finished in fourth place with an average score of 26.9.

In a vote on Twitter, Maslow was nevertheless chosen to perform an encore of his freestyle dance during the season finale. During his time on the show

, he earned the first perfect score of the season for his contemporary dance to Let It Go on Disney Night. Maslow also featured on the cover of FitnessRx Magazine for its July 2014 issue.

The same year, he also appeared on the 2015 Lifetime television movie Seeds of Yesterday. For this project, he had the leading role of Bart Foxworth.

He also released his first single Lies on 24 July 2015. He has also released another single titled “Circles”. He released it on 23 October 2015.

Additionally, Maslow also has two covers for Cheerleader and One Call Away. These are available for purchase on iTunes. Then in 2017,

he debuted his solo album How I Like It. Towards the end this year, he collaborated with Joshua Schultz for his music video for Who Knows. It is a song from his debut album and Joshua is a director.

Then in 2018, he competed in the first American season of Celebrity Big Brother. In this show, he was evicted on day 24. He also released the new singles Falling and All Day in the same year.

Then on 26 April 2019, he released Love U Sober and also announced about releasing more singles.

In May 2019, there was an announcement that he would star in an independent film We Need to Talk. This film also stars Emily Bett Rickards and Todd Wolfe both wrote and directed this film. 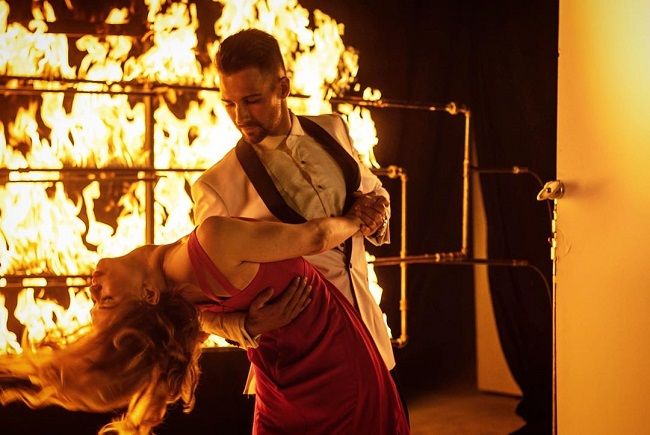 James Maslow received a nomination in 2014 at the annual Young Hollywood Awards and it was for the hottest body. However, he lost to former Dancing With The Stars competitor Derek Hough.

The same year, he received recognition for his charitable efforts with the annual VH1 Do Something! “Celebs Gone Good Awards”.

He failed to make the winners list since Taylor Swift won that time for the third consecutive years.

Additionally, he was also nominated as “Favorite International TV Star” at the Australian Kids Choice Awards in 2010 and 2011.

He is also recognized with an Australian Astra Award nomination for “Favorite International Actor or Personality”. This was at the 2011 event but unfortunately, he didn’t win.

Moreover, in 2014, he along with the cast and crew of the Sony Crackle drama series Sequestered received two International Academy of Web Television Awards.

It was for the “Best Drama Series” and one for “Best Ensemble Cast”. But they lost both bids.

As a musician, he Maslow was declared the winner of Macy’s iHeartRadio Rising Star competition in July 2017. He also opened the iHeartRadio Music Festival the same year.

James Maslow is currently in a romantic relationship with Caitlin Spears. They celebrated their one year anniversary on 4 April 2020.

She is a model who is based mainly in LA and Massachusetts. Likewise, the lovers are spending their quarantine together during the global coronavirus COVID-19 pandemic.

During this pandemic, the couple is also fostering a pet dog named Blu. He is a 70lbs good boy who was abandoned. He was then rescued by @realgood.dog.

However, he has not found a permanent home yet, and hence the couple is helping the rescue center foster Blue.

Though they love dogs, the couple is unable to adopt one since they need to travel frequently and are afraid that they may not be able to give good love and care to the pet. 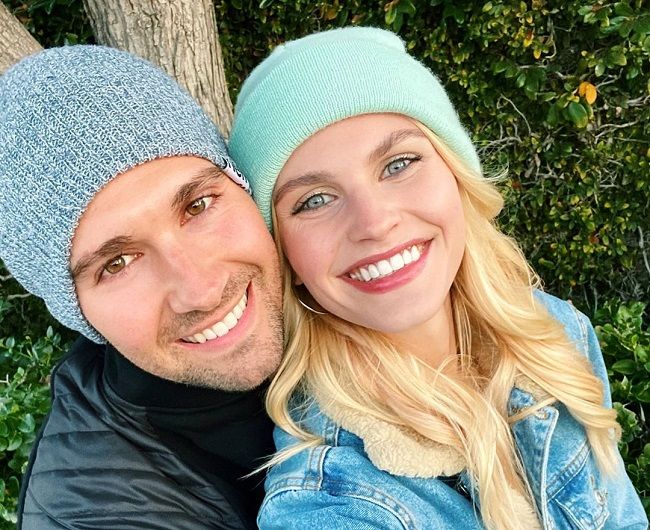 James Maslow stands tall at a height of 6 feet 1 inch or 1.85 meters and his weight is around 82 kgs.

However, there is no information regarding his chest-waist-hip measures, biceps, dress size, shoe size, etc. He has hazel eyes and brown hair color. He also keeps a short beard most of the time, which makes him even more attractive.

Talking about his social media presence, James Maslow joined Twitter in August 2009 and so far has 3 million followers.

Likewise, on his Instagram account, he has earned 2.1 million followers and shared 1,635 posts at the time of writing this biography.

On his official Facebook page, he has garnered 2.4 million followers since its creation on 12 December 2013.

Moreover, we can contact him at [email protected] for more inquiries. Moving on, he has a net worth estimation of approximately $6 million dollars.