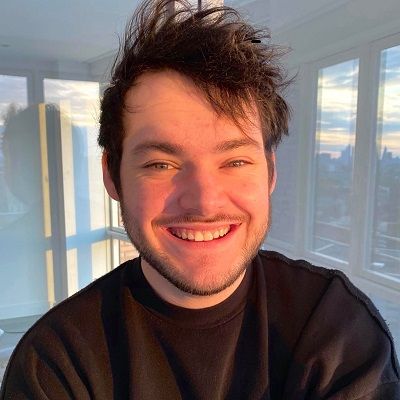 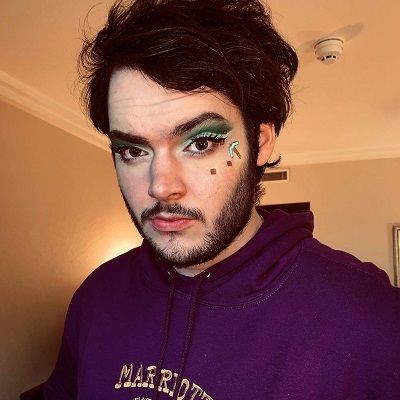 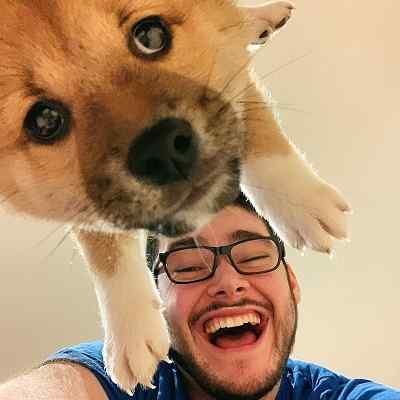 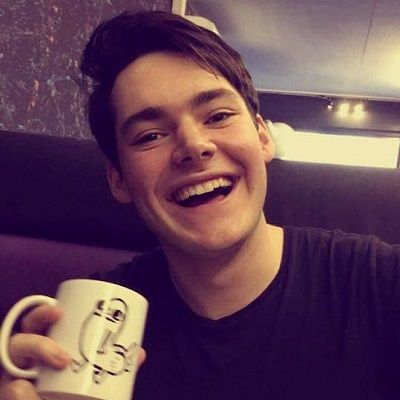 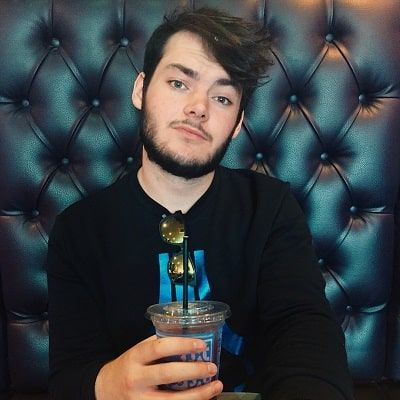 James Marriott is a Swiss-born British social media star. James Marriott is primarily a Youtube star who is popular for his “Everything Wrong With” roast series on celebrities. He is also available on other media platforms including Instagram and Twitter.

James Marriott was born on July 7, 1997, and his age is currently 24 years old. He was born in Switzerland and has previously lived in Spain and Portugal. But at present, he lives in London, England. His full birth name is James William Marriott.

He posted a picture alongside his sister on Instagram in September 2019 and it is mentioned that her sister’s name is Hannah. Likewise, there is also information available that his father is Sean Marriott.

Other than this, there is no information about his mother and other family details. Moreover, he is 1/16 indigenous Canadians.

He also has yet to share any insightful information about his educational journey. But there is information available that he studied modern languages at UCL and graduated in the year 2019. Further, he is trilingual and appears to be fluent in Spanish, Portuguese, and English.

Moreover, he owns a pet dog named Kenji with Youtuber iNabber and the Marriotts also have a cat named Otto. Kenji has his own Youtube channel as well as an Instagram profile! 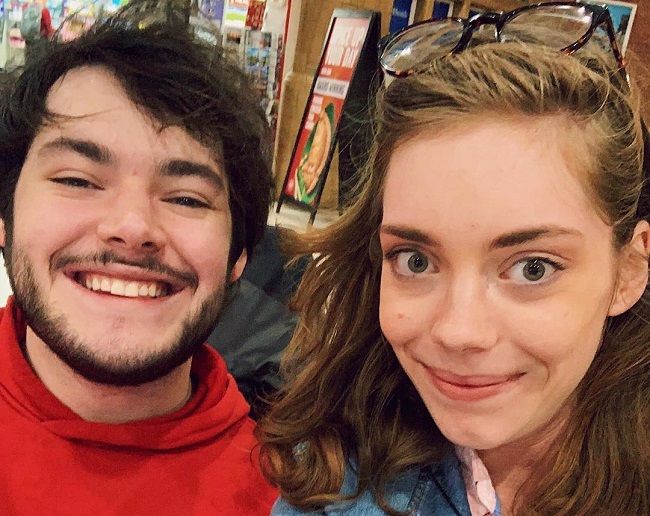 Caption: James Marriott posing for a photo with his sister. Source: Instagram 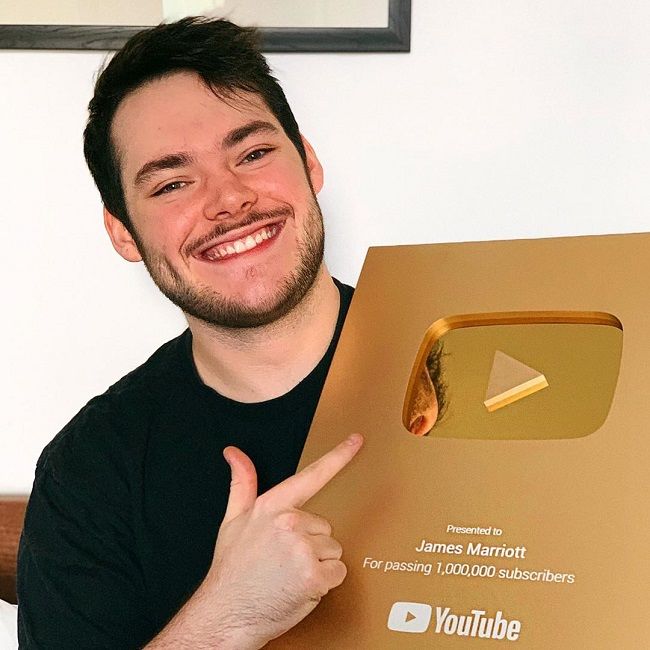 Moreover, he created his self-titled Youtube channel on February 12, 2012. At the time of writing this biography, he has earned 230,573,966 views and 2.04 million subscribers on his channel. We can also contact him at  [email protected] for more inquiries.

Professionally, James Marriott is a social media personality. He is primarily a Youtube content creator. Moreover, he began his Youtube career on February 12, 2012, with the creation of his self-titled channel.

He has gained massive popularity for his Everything Wrong With roast series on celebrities alongside pop culture commentary and news. Likewise, he has frequently roasted Taylor Merriweather on his YouTube channel.

Further, he is famous for his commentary-based videos. He gives his input on trending events in a comedic, witty fashion. He is a member of the YouTube group the “Boys”. Other members of the group are the fellow YouTubers ImAllexx, WillNE, and Memeulous.

She also used to host a weekly podcast called “The Camp Cast” alongside Alex. J.

His earliest videos featured acoustic guitar covers of popular songs and lyric breakdowns of songs recommended to him by followers and Q&As. Later, he transitioned into the commentary genre where his channel remains today.

He makes roast videos and delivers vicious comments on the latest celebrity news and happenings.

At present, he also posts videos of challenges, songs, pranks, and reactions to events on his channel. He also does cooking and baking videos sometimes. He is also seen frequently commenting on other YouTubers’ content or reacting to their criticism of him. 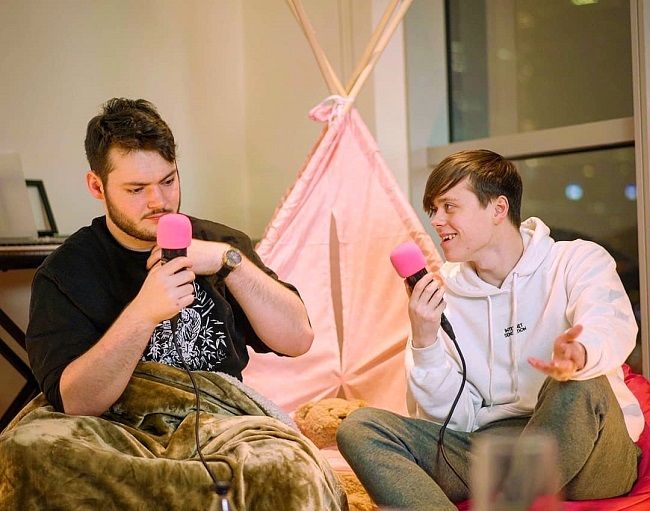 He occasionally plays FIFA with Alex and claims to be significantly better at the game. Before he became friends with ImAllexx, he was a large fan of Alex’s channel and has admitted to having considered making a fan account based on him.

Moreover, his favorite Pokèmon is Lapras. He is in the Canary Wharf Mafia which includes fellow YouTubers WillNE and Memeulous. He likes Memeulous’ bath water and approves the product with high regard.

Likewise, the first video on his YouTube channel was a closeup of him playing a song on the acoustic guitar titled Gratitude – Acoustic Song. Further, he made his first public guest appearance at the Resonate Total Gaming (RTG) Fest in July 2019 in Glasgow, UK.

James Marriott is a very private person when it comes to his personal life. However, he is currently in a romantic relationship with Aria Tamagotchi. She is a British-Japanese makeup artist, Twitch streamer, and cosplayer.

James Marriott stands tall at a height of 6 feet 4 inches. He also mentioned that he is two heads taller than fellow Youtuber Memeulous. Likewise, his eyes are hazel with gold flecks and his hair is naturally dark brown.

Other than this, there is no information about his other body measurement details like weight, chest-waist-hip measures, biceps, dress size, shoe size, etc.

Moving on, he has a net worth estimation of $96k as of 2022. He mostly earns through his Youtube channel in which he has published over 193 videos. All these videos all together add up to more than 143.8 million views. Likewise, he creates on average 4 new videos every month earning 475k video views and 3.7k new subscribers every day.