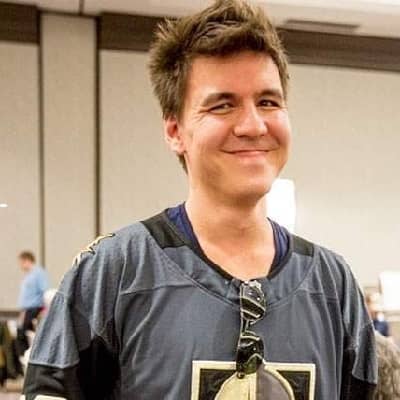 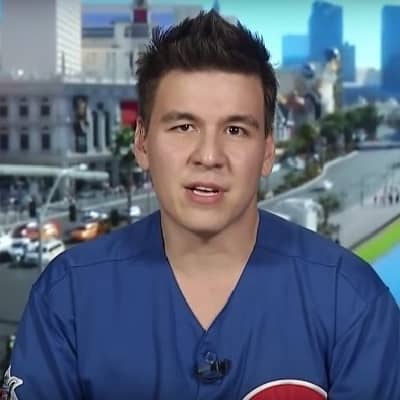 James Holzhauer is an American gambler and a game show contestant. James is best known for winning 32 consecutive games of the popular game show “Jeopardy”. He is also the second all-around champion of the game show after Ken Jennings.

James Holzhauer was born in Naperville, Illinois, the United States in 1984 and his birthday is in July. He is currently 36 years old. He is American by nationality and his sun sign is Cancer. His father, Juergen Holzhauer was a chemical engineer who worked for a chemical company for 32 years. Similarly, his mother’s name is Nachiko Ide Holzhauer. Ian Holzhauer is his elder brother.  According to his brother, he had so sharp a mind in his childhood that he never needed a calculator.

Moving towards his educational background, he went to Naperville North High school for his schooling. He was so talented in mathematics that he began to take a fifth-grade level mathematics course at just the age of seven. Later, he started missing his classes to play online poker. Though he sued to miss his class, he helped to win a competition at the University of Illinois at Urbana-Champaign being an important part of the Worldwide Youth in Science and Engineering Team. At the age of 21, he completed his graduation from UIUC with a Bachelor of Science degree in Mathematics.

James’ career in the field of game shows started when he first appeared on The American Quiz show “The Chase” in 2014. He is one of the record holders of the game. He answered 12 out of 14 questions in the first 0ne minute round. This is the highest record till now. He earned $58,333.33 in this particular show.

After winning such a huge amount, he was encouraged to take part in other quiz shows. And in 2015, he again appeared in the quiz show “500 Questions”, but was unable to win any prize for that time. In 2019, his fame skyrocketed when he appeared on more than 33 episodes of the quiz show “Jeopardy”. In the single game, he won $43,680, which was the largest for that season.

He was so talented that he won 16 single-day total during his 33 appearances. Besides, he is also the first and even only player to win $100,000 in a single episode. He won more than $43,000 per episode. In the same year, he appeared in the next quiz game show “Tournament of Champions”, where he won two days final and secured a top prize of $250,000.

Talking more about his career, he is also a professional sports gambler. He started playing online poker in his college days. In 2019, he participated in the “World Series of Poker” where he won a profit of $600 finishing in 92nd rank. 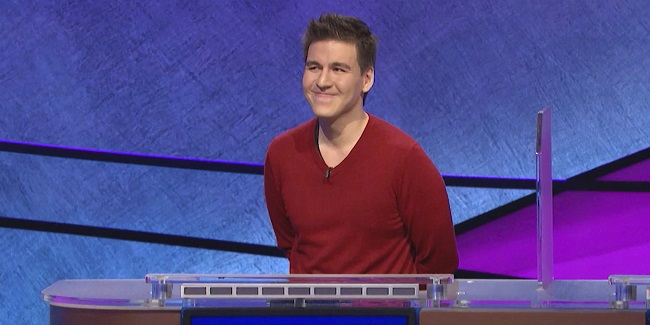 Caption: James Holzhauer as a participant in a show (Source: today.com)

Reflecting on James Holzhauer’s net worth, his primary source of income is gambling, and also has won many of the game shows. He has an estimated net worth of more than 2 million US dollars. He won $2,464,216 only in the game show “Jeopardy”. He is happy with his net worth and living a prosperous life.

He has an excellent and sharp mind. He has taken part in several shows related to quizzes and also has won many of them. In a show named “Jeopardy”, he made 33 appearances and is the 2nd highest winning contestant of the show. Because of this, he was also given a name as “Jeopardy James”. 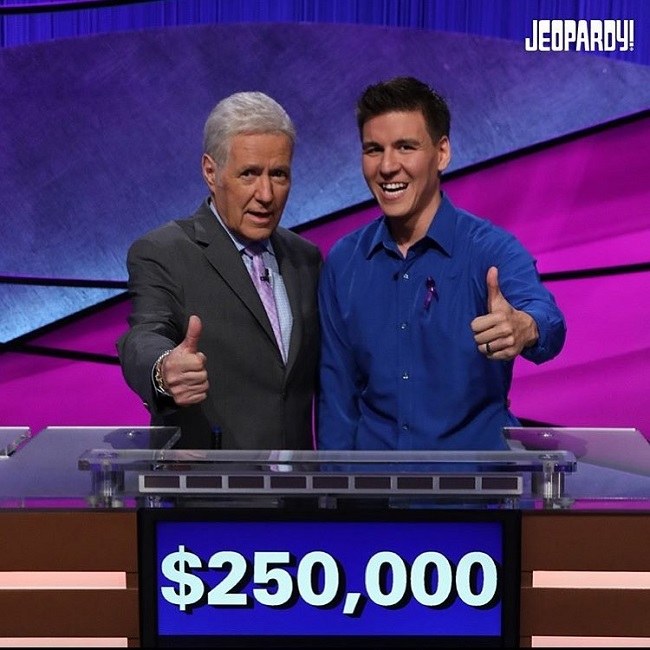 James Holzhauer married Melissa Sassin on September 8, 2012, at the age of 28. Melissa is a tutor from Washington and was also a participant in the game show “Who Wants to Be a Millionaire?” where she won $28,800. This couple had their first child, Natasha in 2014. He lives with his family in Las Vegas, Nevada. Talking about his past relationships, there is no valid information regarding it. It seems that he is happy with his present and doesn’t want to share details of his past relationships. 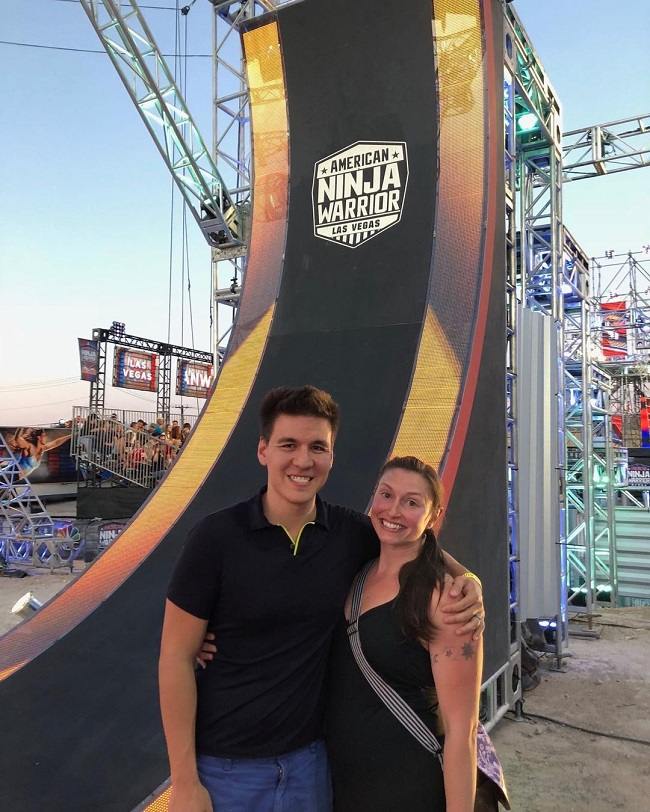 James is a tall, handsome and attractive guy. He stands 5 feet and 7 inches (1.76m) tall and weighs around 70kg. He has a huge bicep of size 11.5 inch and his actual body measurement is 40-30-31 inches. Also, his eyes and hair are both of brown color and suit him well.

Talking about his social media handle, he likes using Instagram and Twitter. He has huge 251k followers on Twitter in which he often tweets about his game shows. Similarly, he has an Instagram account under his name and has 1,715 followers in it. He has posted 34 pictures related to his lifestyle and his winning game shows.