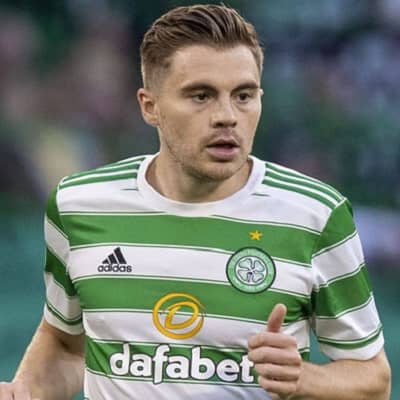 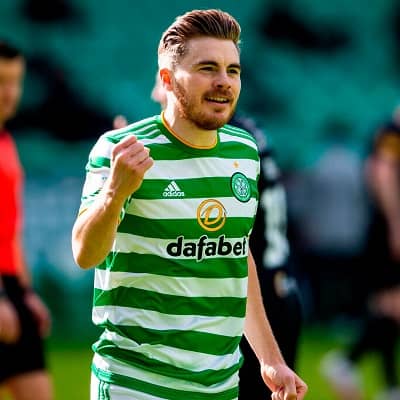 James Forrest is a professional football player from Scotland. Moreover, James Forrest plays as a winger for Scottish Premiership club Celtic and the Scotland national team.

James Forrest was born on the 7th of July 1991, in Prestwick, Scotland. According to his birth date, this football star is 31 years old and holds Scottish nationality. When he was younger, he had the chance to pursue a professional tennis career. Prestwick Tennis Club asked several times him to play for them, but he declined since he preferred to focus on his football career.

Alan Forrest is his younger brother who plays football for Heart of Midlothian. Moreover, he attended Prestwick Academy. Other than this, he has not yet shared information regarding his ethnic background, parents, and others.

James Forrest was a standout performer for South Ayr Boys Club at all levels. At the age of 11, Jim Began, Celtic’s Ayrshire talent scout, noticed him. In addition to Rangers, Kilmarnock, and Ayr United were also interested in him. When he was 13 years old, he signed a youth contract with Celtic and joined their Hamilton coaching school, which his coach Martin Millar thinks was essential in his growth.

He signed to Celtic for four years on August 30, 2009. He made his first-team debut for Celtic on May 1 of the following year, coming on as a late substitute against Motherwell, when he scored the third of the club’s goals in a 4-0 victory. After defeating Rangers 2-0 at Hampden Park in 2009–10, he was given the Scottish Youth Cup. 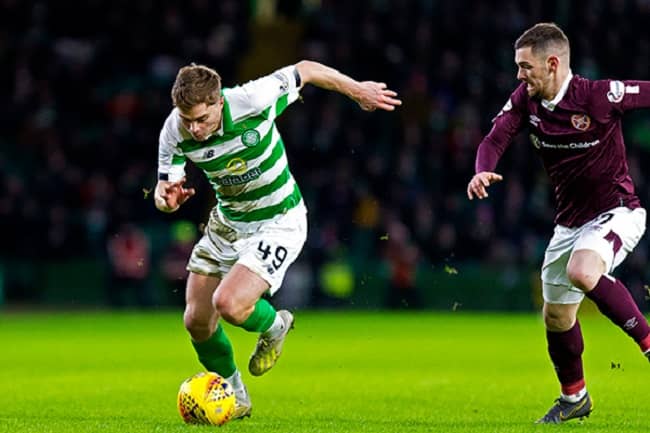 Caption: James Forrest during a match (Source: The Celtic Star)

He made his first appearance for Celtic in Europe in a Champions League qualification match against Braga in July 2010. Moreover, he received the Man of the Match award a few days later for his effort against Olympique Lyonnais in the Emirates Cup match. He played in each of Celtic’s four Champions League qualifiers in 2012, helping the team advance to the group stage for the first time since 2008.

His first European goal for Celtic came against Cliftonville in a Champions League qualifying match in July 2013. In August 2016, he and Celtic agreed on a three-year contract deal. He was given a new contract on October 30, 2019, extending him with the team through the year 2023.

James Forrest represented Scotland at every junior level, earning 13 caps for the under-19 team and scoring two goals, as well as four for the under-21 team. On May 29, 2011, he played in his first senior international match against the Republic of Ireland.

He played in the Scotland team’s UEFA Euro 2020. He made his only appearance in the tournament on 14 June 2021, as a substitute in Scotland’s 2-0 loss to the Czech Republic at Hampden Park.

As a football player, James has earned some major awards and honors in his profession. He was named to the PFA Scotland SPL Team of the Year and earned him two personal awards from the Scottish Football Writers’ Association and Professional Footballers’ Association Scotland. He received the SFWA’s International Player of the Year award for 2018–19. 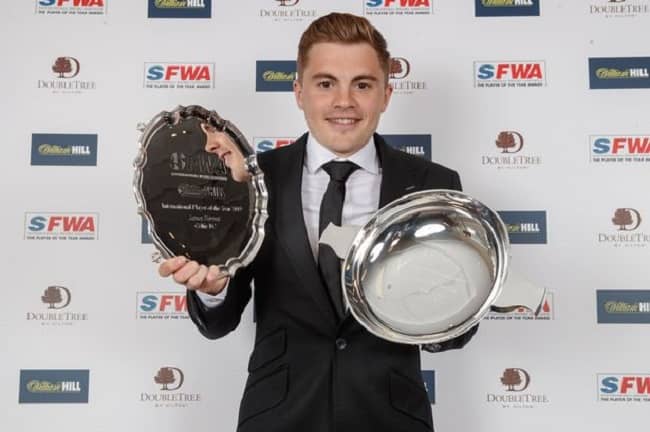 Talking about his relationship status, James is currently single and unmarried. However, he has never shared information regarding his relationship and is very secretive when it comes to his personal life. At the moment, this football player has never been into any controversies.

This football star stands 5 feet 5 inches tall and weighs around 67 kg. Moreover, he has brown eyes with brown hair color and he has not shared other information regarding his other body measurements. 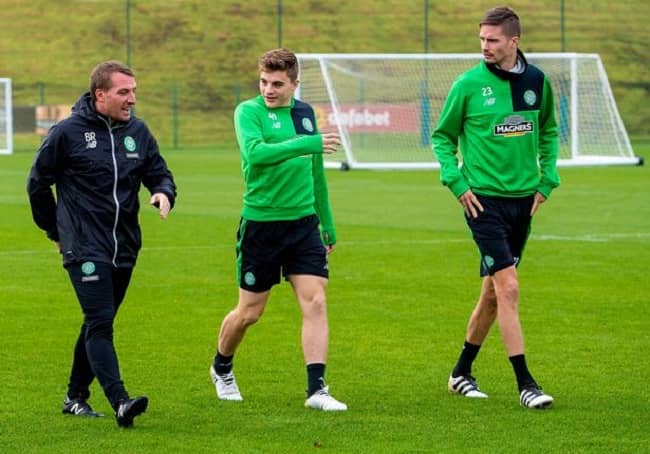 Caption: James Forrest in the training time and getting suggestions from the coach (Source: Daily Record)