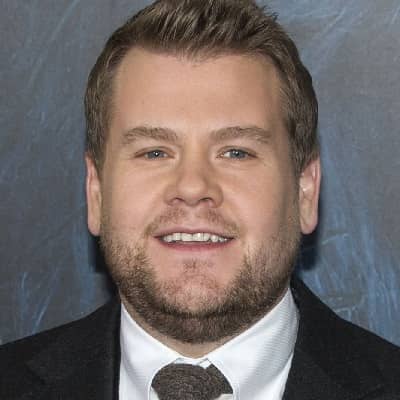 James Corden is a famous English actor, comedian, and TV host based in the United States. Likewise, James Corden widely famous as the TV host of the Late Late Night Show with James Corden on the CBS Network.

James Corden was born on 22nd August 1978 in London Borough of Hillingdon, United Kingdom. His real birth name is Jame Kimberly Corden. The zodiac sign of Corden is Leo. Likewise, James was born to his father Malcolm Corden and his mother Margaret Corden. James’s father Malcolm is a musician in the Royal Air Force band. Likewise, his mother Margaret is a great social worker. Further, James has two sisters in his family Andrea Henry Corden and Ruth Corden. 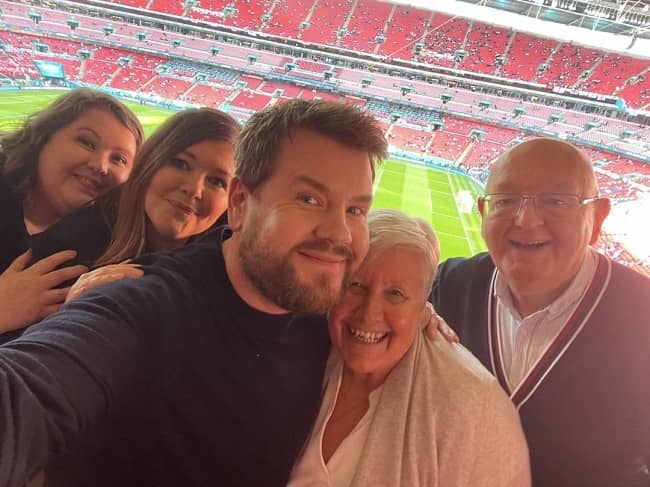 Caption: James Corden with his parents and siblings(source: Instagram)

James’s parents raised him in Hazlemere, Buckinghamshire along with his sisters. Moving into his educational background, Corden attended Park Middle school and Holmer Green Upper School. Moreover, the 42 years old TV host also studied drama at Jackie Palmer Stage Drama School. In addition, James was raised in Salvation Army Church. However, Corden refuses to identify himself as a follower of any religion. 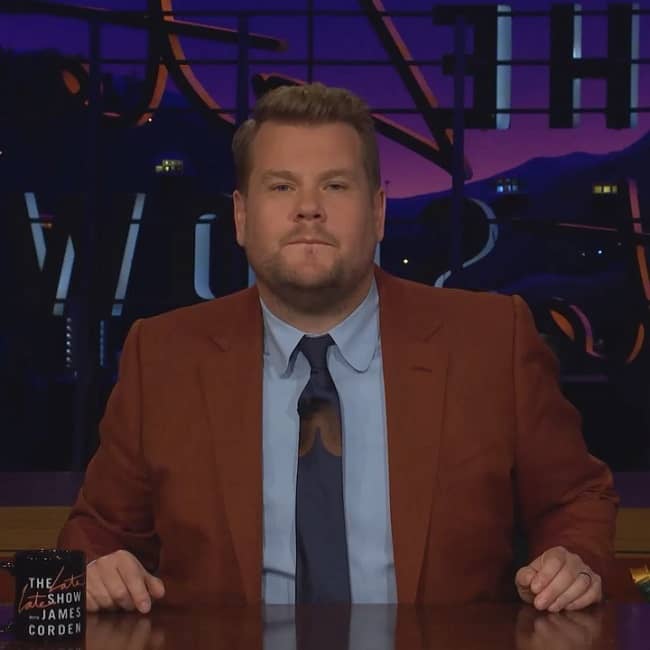 James Corden is a famous English actor, comedian, and TV host based in the United States. Likewise, James widely famous as the TV host of the Late Late Night Show with James Corden on the CBS Network.

James started his career from small roles in TV series such as ‘Boyz Unlimited,’ ‘Teachers,’ ‘Hollyoaks,’ ‘Little Britain,’ and ‘Dalziel and Pascoe.’ Similarly, Corden has made his appearances in films like ‘Whatever Happened to Harold Smith’ (1999) and ‘Curse of the Gods’ (2002).

The major breakthrough project for Corden is “Fat Friends”. Fat Friends is a British drama series that focuses on the daily life of fat people and how their weight impact on their life. The TV series ‘Gavin & Stacey,’ was created by Corden’s work as a cast in the series as well. The show was aired in 2007 and got huge success and became popular worldwide.

Further, James won awards, such as the ‘British Academy Television Award’ and ‘British Comedy Award.’ for “Gavin & Stacey”. James Corden also appeared in the lead role in ‘The Wrong Mans,’ a British comedy-drama series. The Wrong Man was Created by Corden and Matthew Baynton and aired in 2013. The British Drama series won a ‘Royal Television Society Award.’

Corden has appeared in ‘Into the Woods,’ an American musical fantasy film, which was directed and produced by Rob Marshall. ‘Into the Woods became a commercial success and also received three ‘Oscar’ nominations. 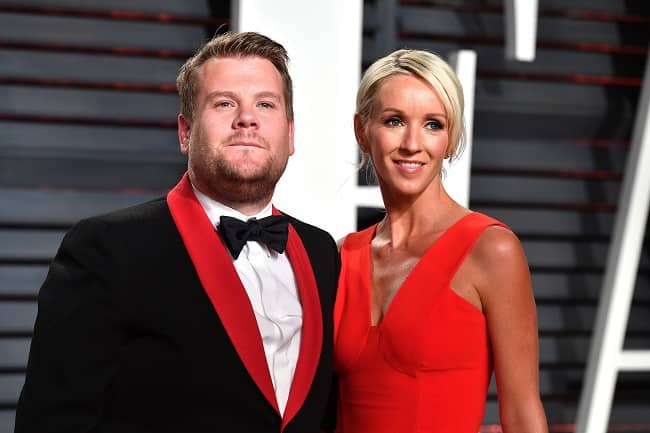 Moving into the relationship status, James is a married guy. James is married to Julia Carey. Further, Julia is a TV show producer. The couple tied their knot on 15th September 2012. As of now, James and Julia are the proud parents of three children. The three children of James are Carey Corden, Charlotte Corden, and Max Corden.

Previously, James was in a relationship with Sheridan Smith. Smith is an actress and has co-worked with James in Gavin & Stacey. However, the couple parted ways in 2009 due to personal reasons.

Talking about body measurement, Jame has a pretty fat body build. Further, Corden looks chubby from his physical appearance. James stands at a height of around 5 feet and 8 inches. Similarly, the TV host has a bodyweight of around 92 kg. Moreover, James has beautiful blue eyes and light brown hair.

On the other hand, there is no further information available regarding James’s body measurement. We will update our database shortly after Corden reveals his information.

In addition, Jame has earned a pretty handful amount of money from his career. The major source of income for James is the Late Late Night Show with James Corden and his acting career. However, the audience’s favorite TV host has not revealed his annual income or salary in the media yet. As per the sources, James Corden has an estimated net worth of around $30 million.