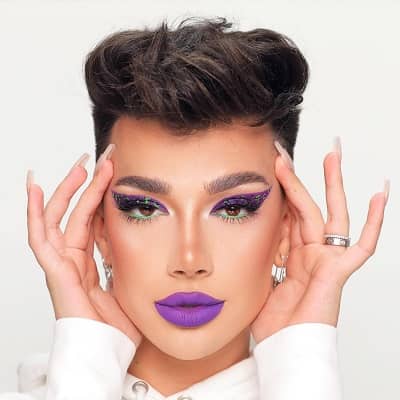 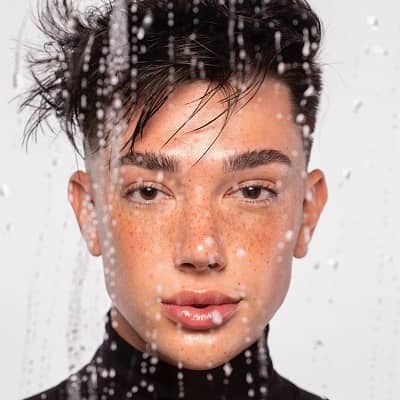 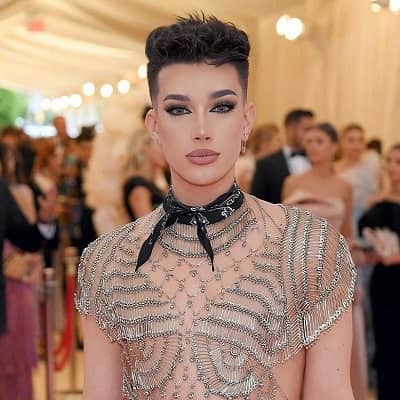 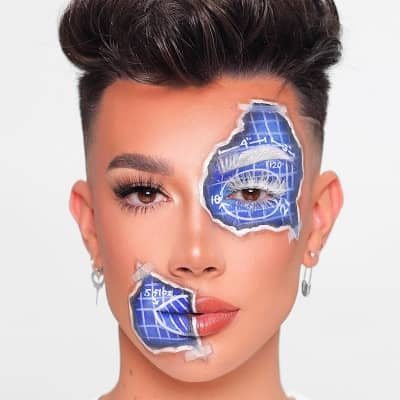 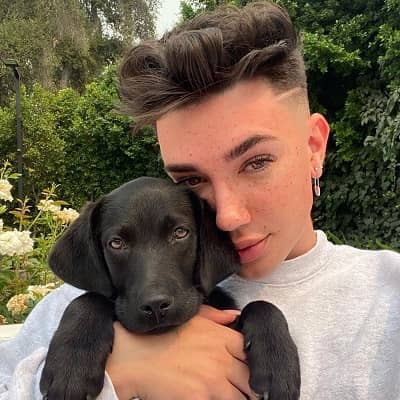 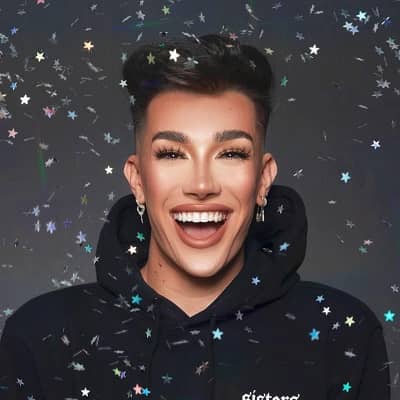 James Charles is a prominent young American Youtube star. James Charles mainly focuses his content on makeup as he is popular as a makeup guru and vlogger.

James Charles was born on May 23, 1999, and his age is currently 21 years old. His full name is James Charles Dickinson and he is originally from Bethlehem, Albany County, New York. Likewise, his zodiac sign is Gemini. Talking about his educational journey, James Charles graduated from Bethlehem Central High School in June 2017.

Similarly, he has a younger brother named Ian Jeffrey. Also, his parents are mother Christie Dickinson and his father’s name is not mentioned but he helped James convert their basement into a makeup studio. 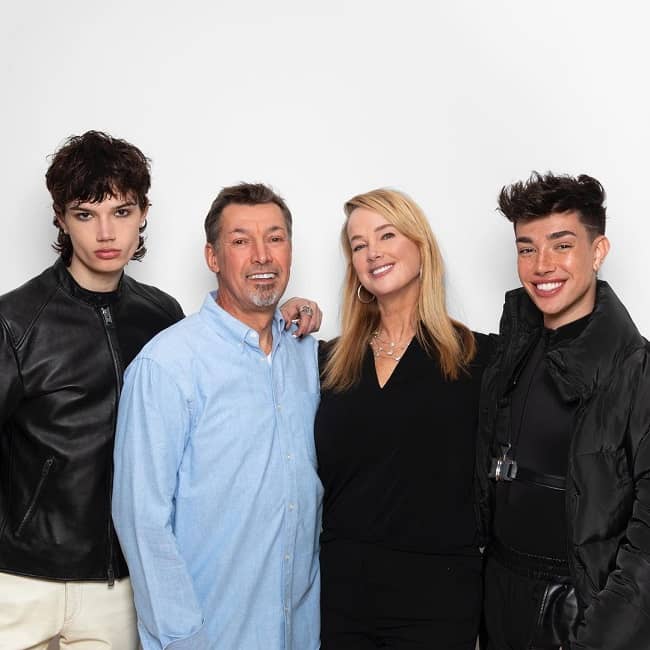 Caption: James Charles posing for a photo with his family. Source: Instagram

Professionally, James Charles is an internet personality, beauty YouTuber, and make-up artist. In the year 2016, Charles became the first male ambassador for “CoverGirl”. In addition to his YouTube channel, the young artist has also gained fame on the video-sharing platform TikTok.

Likewise, he is most famous for his YouTube channel focusing on makeup. He launched the channel on 1st December 2015. This channel currently has more than 23.6 million subscribers. This makes James the #1 most subscribed male beauty guru and #2 most subscribed beauty guru.

In the year 2018, James Charles became a member of the “Sister Squad” alongside the Dolan Twins and Emma Chamberlain. The artist often did hair-styling before developing an interest in makeup. Once he began to focus on makeup, Charles would practice on friends. Moreover, Charles posts makeup and beauty tutorials to his self-titled YouTube channel. 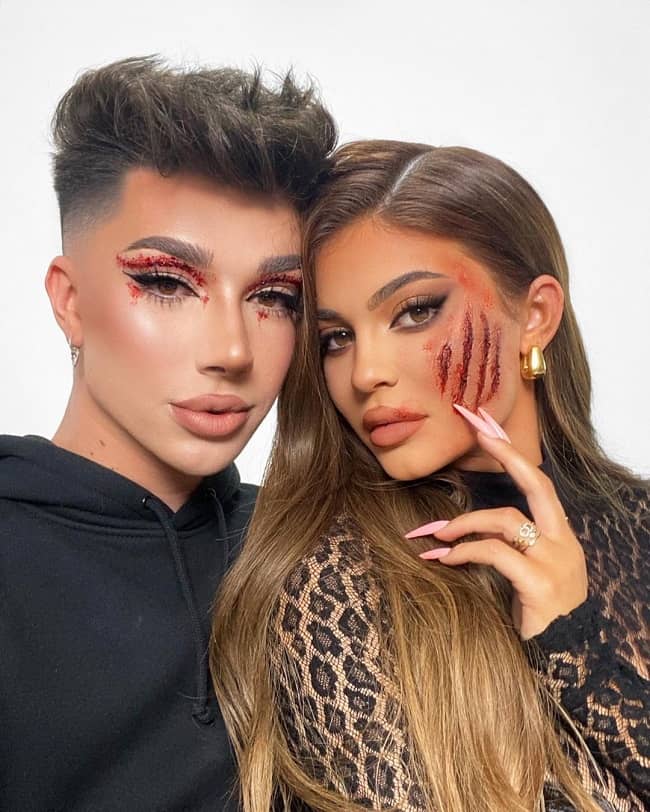 Then on 11 October 2016, at the young age of 17 years, James Charles became the first male spokesmodel for cosmetics brand “CoverGirl”. He worked alongside brand ambassador Katy Perry.

In January 2019, Morphe Cosmetics invited James Charles to open their second UK store in Birmingham, England. Similarly, in March the same year, Charles did the makeup for Iggy Azalea’s music video shoot for Sally Walker. Charles also made a cameo appearance in this music video.

Further, in April 2020, James Charles confirmed that his YouTube series “Instant Influencer” would premiere on 24 April 2020. The series aims to find the next “beauty influencer” and James Charles was the host. In October 2020, the young artist made a cameo appearance for Larray’s Cancelled music video. 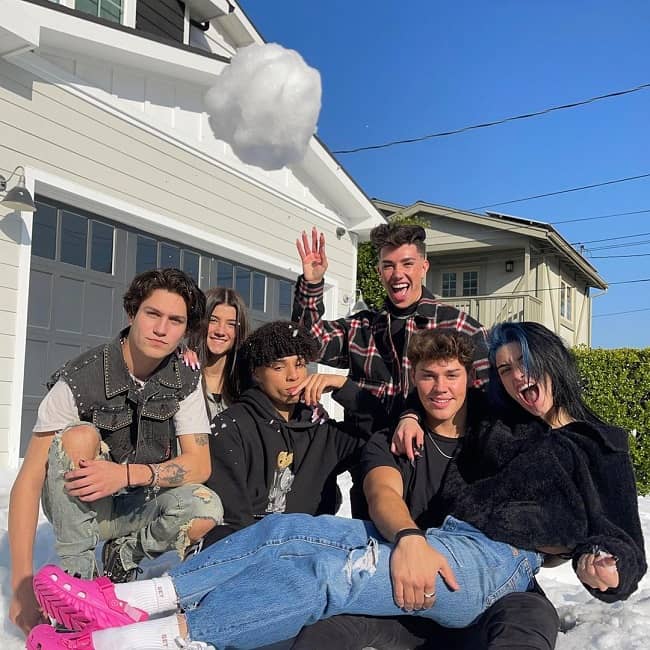 In February 2017, some fans criticized James after tweeting a joke about Africa and Ebola that was considered offensive. Charles later issued an apology. He said:

“I am extremely sorry for what I said. There are no excuses. No one owes me forgiveness, but I’ve learned a lot from the experience. I hope that the people who might look up to me will be able to learn from my mistakes and not repeat them.”

In April 2019, the young artist said that he was not fully gay. He added that he was a 5.5 on the Kinsey scale and said “there have been girls in the past who I’ve thought were very, very beautiful. There have also been trans guys in the past, too, that I was really, really into for a moment in time.”

Some fans also criticized Charles for this comment. Charles apologized shortly after. He released a statement saying that his comments were unintentionally transphobic and that he should have chosen different words to convey what he meant. 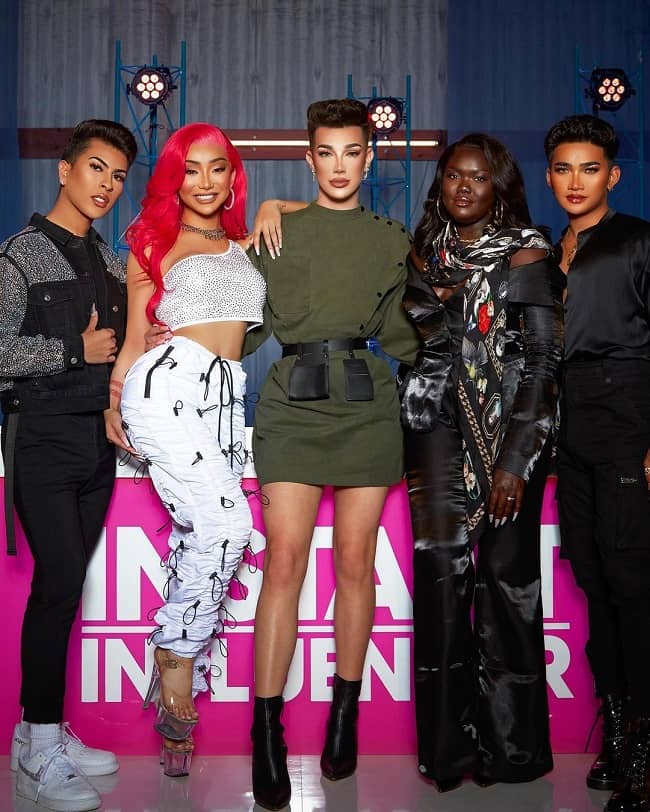 After this, James Charles set a YouTube record for losing over 1 million subscribers in less than 24 hours. James continued to lose followers from 16.6 million subscribers around 6 May 2019 to a low point of 13.4 million on 15 May 2019. Later, he recovered somewhat in the days that followed. Tati’s subscriber count increased by over four million over the same period.

The young beauty vlogger later uploaded an 8-minute response video titled Tati (stylized in all lowercase). In this video, Charles addressed the issues raised by Tati Westbrook. He also apologized to his fans and both Tati and her husband. 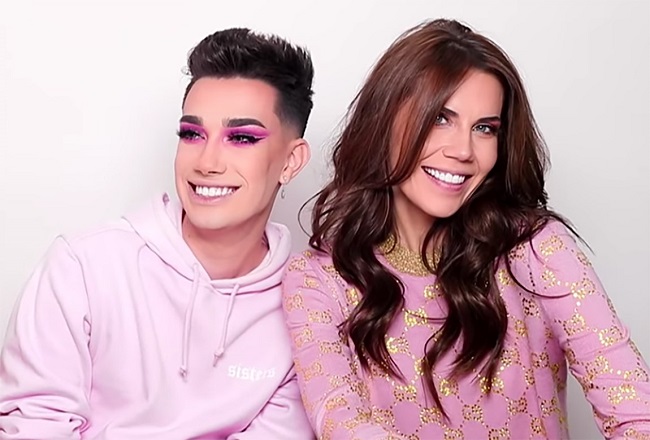 Additionally, this particular video received mostly negative feedback. Further, this video also became one of the most disliked videos in YouTube history. Then on 18 May 2019, James Charles made a second video that is 41-minute long. In this video, James addressed the comments made by Tati Westbrook. The name of the video is No More Lies.

This video presented evidence that refuted many of Westbrook’s accusations. This also led to renewed support for James Charles and criticism of Tati Westbrook.

On 30 June 2020, Tati Westbrook posted a video on her YouTube channel detailing the events that led up-to and occurred after her Bye Sister … video. In this video, Tati claimed that Shane Dawson and Jeffree Star manipulated her into making the video against Charles.

James Charles is openly gay. There is no information regarding his past and present relationship status and love affairs. Besides this, through his personality and dashing height, many of his fans are attracted to him. He has even gained a huge platform at a very small age. 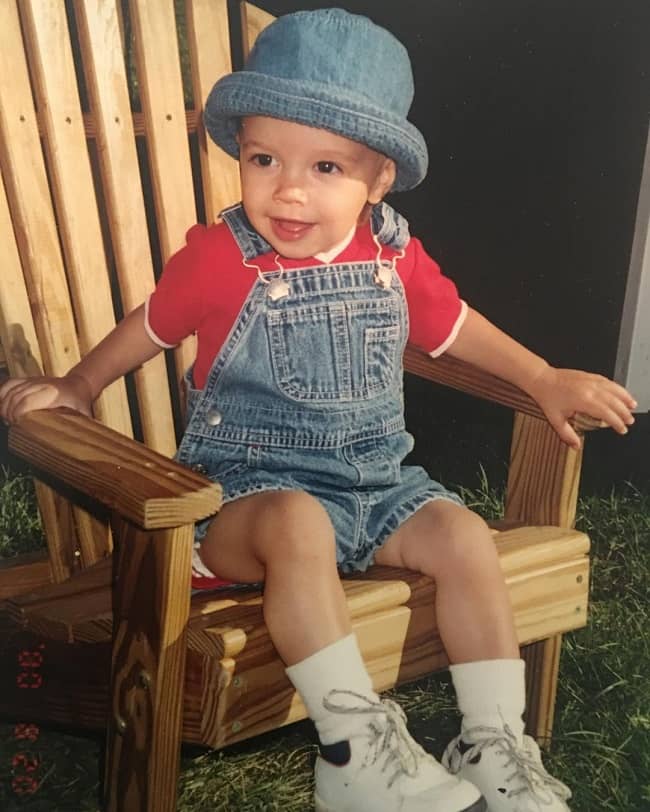 He also created an official Facebook page on September 3, 2016. So far, he has 1.6 million people following his journey on this platform. He also created his self-titled Youtube channel on December 2, 2015. So far, this channel has more than 3.1 billion views and 25 million subscribers as of January 2021.

We can also connect with James on his Tiktok account @jamescharles. This account has earned 33.5 million followers and 783.3 million likes. We can also mail him at [email protected] for business inquiries. Moving on, as of 2019, James Charles’ net worth estimation is around $12 million. In 2020, he purchased a $7 million mansion in Los Angeles. It is 9,800 square feet with six bedrooms and ten bathrooms