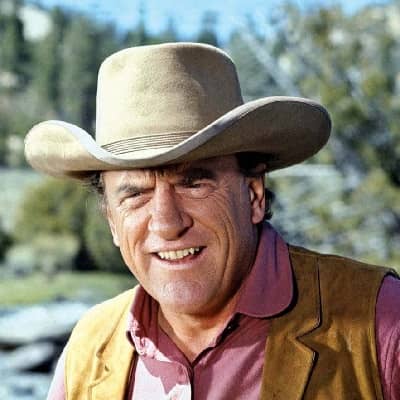 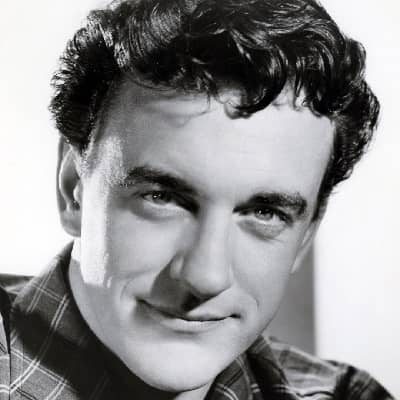 James Arness was a renowned actor from the United States. James Arness was best known for playing the role of Marshal Matt Dillon in the CBS TV series, “Gunsmoke” for over 20 years.

James Arness was born James King Aurness on 26th May 1923. He stepped into this world in Minneapolis, Minnesota, United States. In this way, he held American citizenship and followed Christianity. Likewise, his birth sign was Gemini.

Moving on towards his family members, he was born to his father Rolf Cirkler Aurness, and his mother Ruth Duesler. His father was a businessman while his mother was a journalist. Similarly, he also had a younger brother named Peter Graves who was also an actor.

In terms of his schooling, he attended Minneapolis’ John Burroughs Grade School, Washburn High School, and West High School. He graduated from high school in June 1942 despite being a bad student who skipped several lessons. That September, Arness enrolled at Beloit College, where he joined the school choir and the Beta Theta Pi fraternity. In 1943, he was recruited into the military as the war in Europe and the Pacific raged.

In March 1943, James was recruited into the US Army and sent to Fort Snelling. He arrived with the 2nd Platoon, E Company, 2nd Battalion, 7th Infantry Regiment of the 3rd Infantry Division on the Anzio Beachhead on January 22, 1944, as a rifleman. During the Battle of Anzio, he was seriously injured in his right leg and was transferred to the 91st General Hospital in Clinton, Iowa. When he returned to the United States, his brother, Peter, visited him. On January 29, 1945, he was honorably discharged from the Army after enduring multiple operations.

Arness began his career as a radio announcer in 1945 after his release from the military. Arness hitchhiked to Hollywood, determined to work in the film industry. In “The Farmer’s Daughter,” he played Peter Holstrom, Loretta Young’s (Katie Holstrom) brother.

Arness participated in two science-fiction films, “The Thing from Another World” and “Them!” despite his association with Westerns. He was a good friend of well-known actor John Wayne’s. He has appeared with him in films like Big Jim McLain, The Sea Chase, Island in the Sky, and Hondo.

Moving on, he played the role of Matt Dillon in the long-running television series Gunsmoke. For the part, he had to darken his naturally blond hair. Gunsmoke boosted up his career and made him famous around the world. The show lasted two decades, becoming the longest-running primetime drama series in US television history when it ended in 1975. Being a well-celebrated actor of his time, James had made a pretty good amount of wealth. At the time of his death, he had an estimated net worth of $8 million US dollars.

In 1948, Arness married Virginia Chapman and adopted Craig, her son. Arness and Chapman had a son, Rolf, and a daughter, Jenny Lee Arness, in addition to Craig. Arness received legal custody of the children after their separation in 1963.

James Arness started dating Thordis Brandt after 4 years of his divorce from Chapman. They dated for around 6 years before calling it quits. Arness married Janet Surtees in 1978.

Enhancing his body measurements, James was a tall and huge guy. He was 6 feet 7 inches or 2.01 meters tall and weighed 105 kg or 235 pounds. Likewise, his actual body measurements (chest-waist-hip) were 48-36-26 inches. In addition, he had golden-white hair and a pair of light brown eyes.