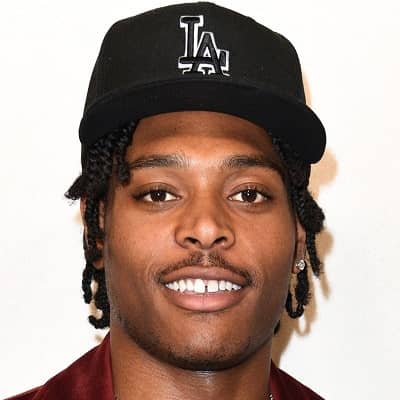 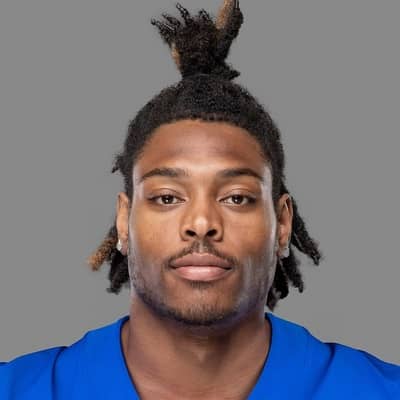 Jalen Ramsey is an American NFL player who plays from the cornerback position. Moreover, Jalen Ramsey is now playing for Los Angeles Rams and he extended his contract with them in 2020 which made him the highest-paid defensive back in league history at the time.

As of now, he is 27 years old and he is a citizen of the United States. Moreover, he has a zodiac sign of Scorpio, and he is a Christian by religion.

Talking about his parents, he is the son of  Lamont Ramsey (father) and Margie Ramsey (mother). Moreover, he has an elder brother whose name is Jamal.

His elder brother also participates in football, basketball, and track & field. His father is also a sports fan, particularly football.

Talking about his academic qualification, he studied at a private school, the Ensworth School in Nashville.

After a year, he moved to a coeducational Christian independent college preparatory school, named Brentwood Academy.

Moreover, he became a part of the school’s football team and broke different state records. Before his senior year, Rivals and Scout gave him a five-star rating.

Jalen’s college career began as a true freshman in 2013, when he appeared in all 14 games for the Florida State Seminoles. In his freshman year,

he wore the number 13, but in his junior and sophomore years, he switched to the number 8. He was voted the consensus All-American in 2015 as a result of his exceptional performance. 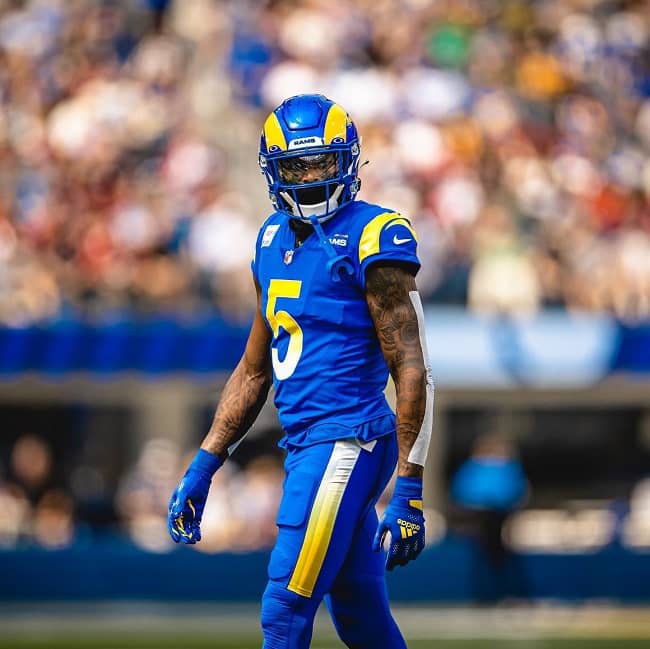 In 2016, he decided to skip his senior year and instead join the NFL draft.  At Florida State, he competed in track and field as a sprint sprinter and long jumper.

He excelled in track and field just as much as he did in football. Jalen was named All-ACC three times in 2013. In the long jump, he qualified for the NCAA East preliminary meet.

His record of successes didn’t end there; in 2015, he won the ACC long jump championship, falling just 3 inches short of officially qualifying for the 2016 US Olympic team trials.
From the beginning of his professional career, NFL Draft analysts projected him as a first-round pick.

He was invited to the NFL combine and went through all of the combine and positional drills, tying for first place in the broad jump and vertical jump.

The Jacksonville Jaguars selected him fifth overall in the first round of the 2016 NFL Draft. He was the highest-draft cornerback in Jaguars history, as well as the first Center back drafted.
During rookie training camp in 2016, he tore his meniscus and had surgery to repair it.

Despite the injuries, he concluded his first season rated 21st among all qualified cornerbacks with an overall grade of 82.3.

In 2017, he was nominated to his first Pro Bowl as a starter, alongside colleague Bouye. He finished second among all qualified cornerbacks with an overall grade of 91.8.

His peers placed him 17th on the NFL Top 100 Players of 2018. He signed a five-year contract with the team in 2020 after being traded to Los Angeles in October 2019, making him the highest-paid defensive back in NFL history. 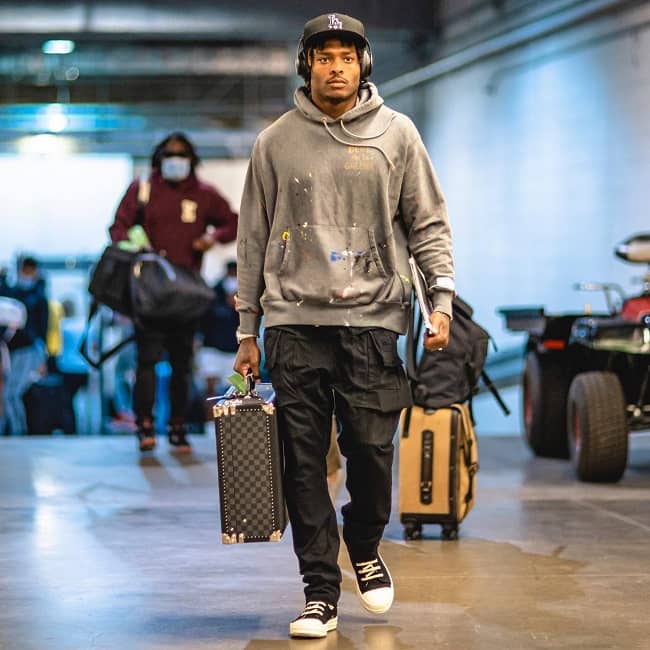 Jalen Ramsey is 6 feet 1 inch tall and weighs about 88 kg. Moreover, he has black hair with black eyes in color and there is no more information regarding Jalen’s other body measurements.

Jalen Ramsey has earned several honors and recognition in his NFL career. In 2013, he won the BCS national championship and was a two-time ACC champion.

Due to his hard work, he has earned a huge sum of money in his NFL career. Talking about his net worth, he has around $50 million.

He also agreed to a deal with the Los Angeles Rams on a five-year, $105 million contract that will begin on September 9, 2020.

In July 2018, he married Breanna Tate. Moreover, Breanna is the sister of Golden Tate who is an American football player.  The couple has two daughters whose name is unknown in public yet. 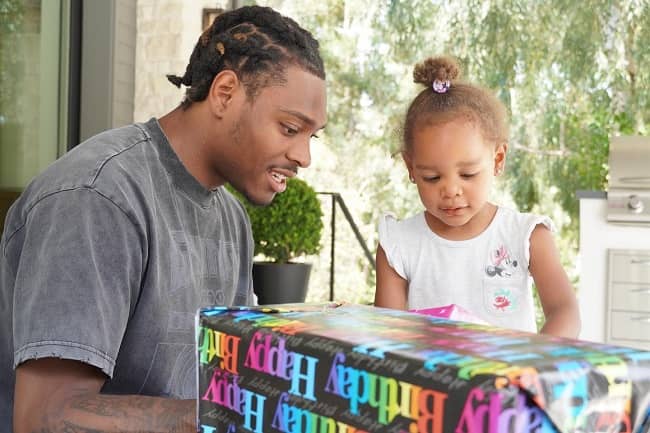 As of now, the football player is not a part of any controversy nor gotten into rumors and he is focused on his career and personal life.