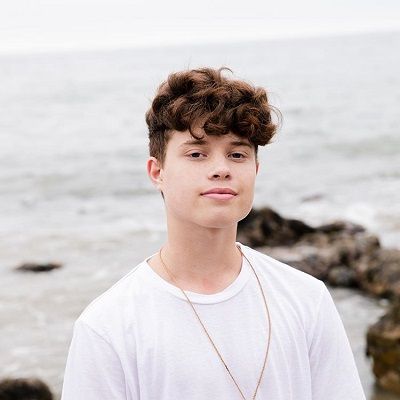 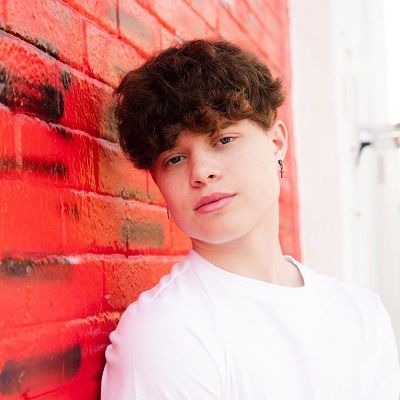 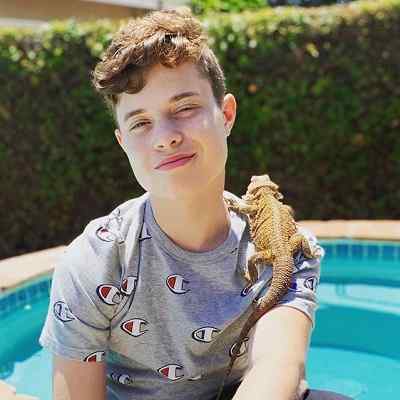 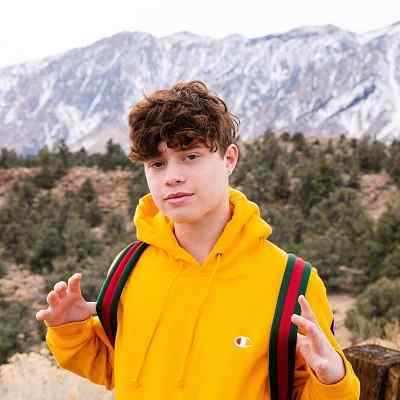 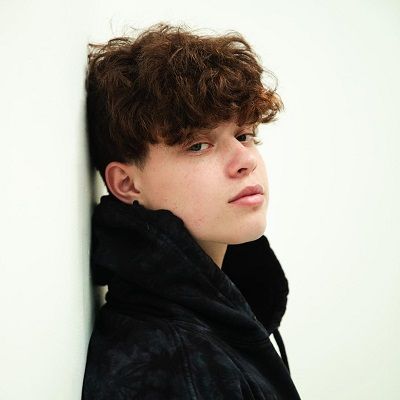 Jakob Magnus is a young American social media star. Jakob Magnus is most popular as Gavin Magnus’ brother who is also an aminal activist and traveler. He also has personal accounts on several social media platforms including Instagram, Tiktok, and Youtube.

Jakob Magnus was born on July 13, 2005, and he is currently 16 years old. He is originally from Placentia, California. Talking about her family, his parents are father Dave and mother Theresa. Likewise, he has two brothers namely Gavin and Justin.

He has not shared information regarding his educational journey. But considering his age, we can assume that he might be a middle school student unless he took a break from his studies and rather focus on his professional career. 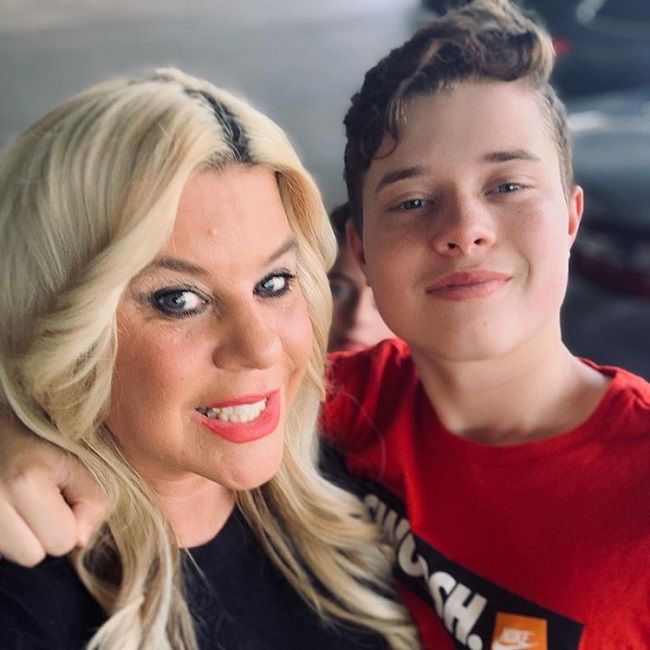 Caption: Jakob Magnus posing for a photo with his mother. Source: Instagram

Talking about his social media presence, Jakob Magnus goes by @jakob_magnus on Instagram and so far has 51 posts shares and 90.4k followers. Likewise, he created his self-titled Youtube channel on December 12, 2014, and started posting to it regularly since 2020.

This channel has earned 307,376 views and 34.8K subscribers. Further, on his Tiktok account, he has earned 169.2K followers and 1.5 million likes. He goes by @jakob_magnus (Jakob Magnus) on Tiktok.

Professionally, Jakob Magnus is a social media personality. He is primarily a Youtube content creator just like his brother Gavin. He is also an animal activist and traveler. He has also appeared in prank videos and other content on his brother’s accounts.

Moreover, he became passionate about animals, specifically reptiles, and outdoor sports at a young age. His favorite reptile is a tegu and he loves the rainforests and beaches of Costa Rica.

Likewise, his brother Gavin joined Hailey Orona on the Boys of Summer 2018 tour and has worked with fellow social media stars Brent Rivera and Ben Azelart for his content. Gavin has also dated a fellow star Coco Quinn in 2020.

He has his own Youtube channel that he created on December 12, 2014. This channel has earned 34.8K subscribers and 307,376 views. On his channel, he especially makes sneaker reviews (shoes) and vlogs among other content.

Likewise, the oldest video available on his channel is titled UNBOXING A New EXOTIC PET!! (feat. Gavin Magnus). He uploaded this on 5 April 2020 and so far has 63,838 views. In this video, he and Gavin teamed up to surprise their mother with a new exotic pet, a snake. 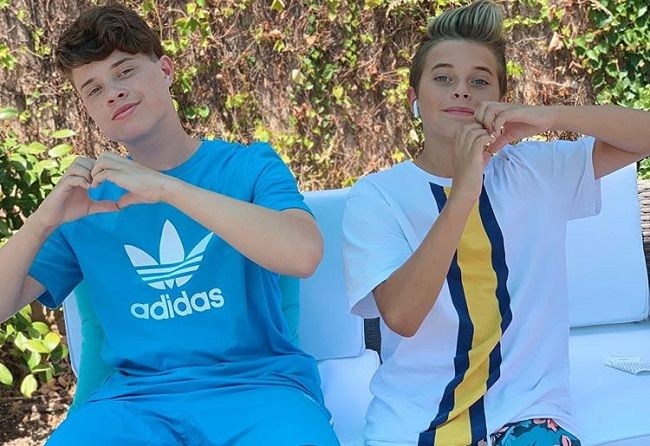 Caption: Jakob Magnus posinng for a photo with his brother Gavin. Source: Instagram

Talking more about his brother Gavin’s professional life, Gavin is a singer, actor, and DreamworksTV host. He has appeared on the series on Nickelodeon and Cartoon Network.

Gavin is also active on YouTube and Instagram with over 2.81 million subscribers and 372 million views on his channel. He also toured with the Boys of Summer 2018. Gavin then signed with Capitol Records and released his debut single Crushin in the year 2019.

On Gavin’s Youtube channel, the video titled How to Play Jeffy Why Song On A Cat Piano!! (Part 2)dont forget to sub was the first one to surpass 1 million views.

Gavin then became an official member of the Rock Your Hair squad in March 2018. Likewise, Gavin’s cover of the Shawn Mendes and Camila Cabello song Señorita featuring Coco Quinn has earned over 40 million views on his channel.

Jakob Magnus is in a romantic relationship with a girl named Lexi. Lexi also has amassed over 25,000 followers on her @lexi.giacobbe Instagram account.

She has also earned 39.6K followers and 562K likes on her @lexi.cobbe Tiktok account. Both Lexi and he share adorable photos and videos of each other on their respective Instagram and Tiktok accounts. 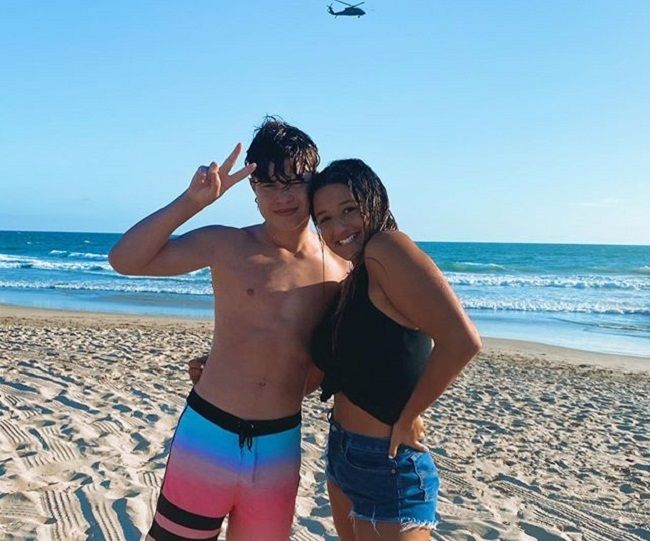 Caption: Jakob Magnus posing for a photo with his girlfriend Lexi. Source: Instagram

Sadly, there is no information regarding Jakob Magnus’ body measurement details. His height, weight, chest-waist-hip measures, dress size, shoe size, etc are all unavailable at the moment. Similarly, he has brown eyes and hair of the same color.

Moving on, he has a net worth estimation of approximately $1 million to $5 million dollars. He might earn through his Youtube videos, modeling projects, and other social media engagements for his income.