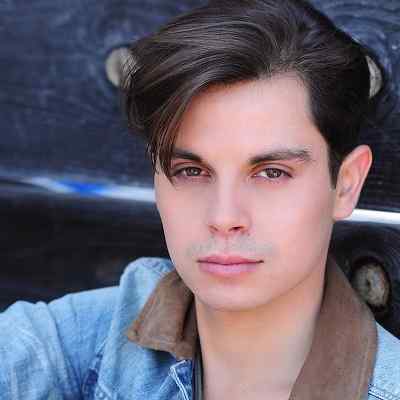 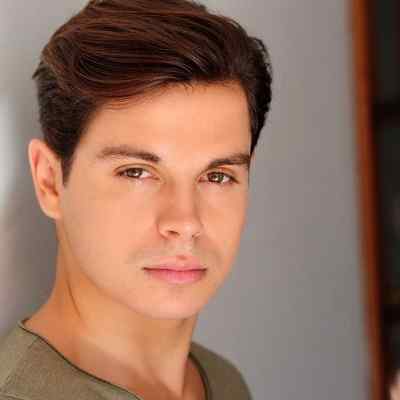 Jake T. Austin is an American TV Actor. Jake T. Austin gained fame and popularity as Max on Wizards of Waverly Place. He also provided the voice of Diego on the Nickelodeon animated series “Go, Diego, Go!”. Likewise, he started playing Jesus Foster on the ABC Family series “The Fosters” in the year 2013.

Jake T. Austin was born in New York City, New York, USA, on December 3, 1994. He is under the birth sign Sagittarius and he is 27 years old. He holds American nationality.

His mother’s name is Ginny and his father’s name is Joe Szymanski. He also has a sister whose name is Ava and she is six years younger than him. Likewise, he has imbibed the Puerto Rican culture from his mother, who is of Spanish descent. And, since his father is of Irish and English descent, he speaks fluently in English and can converse in Spanish as well.

Moreover, he divides his time between living in Los Angeles and New York. He has two pet dogs and their names are Bogey and Beju. His family owns a historic restaurant called “The Clarksville Inn” and the restaurant is in West Nyack, New York, originally opened in 1840 as a hotel.

Regarding his educational background and qualification, he started his education at West Nyack Elementary School and went on to graduate from Felix Festa Middle School in New York. And, even during his early career, he prioritized education. 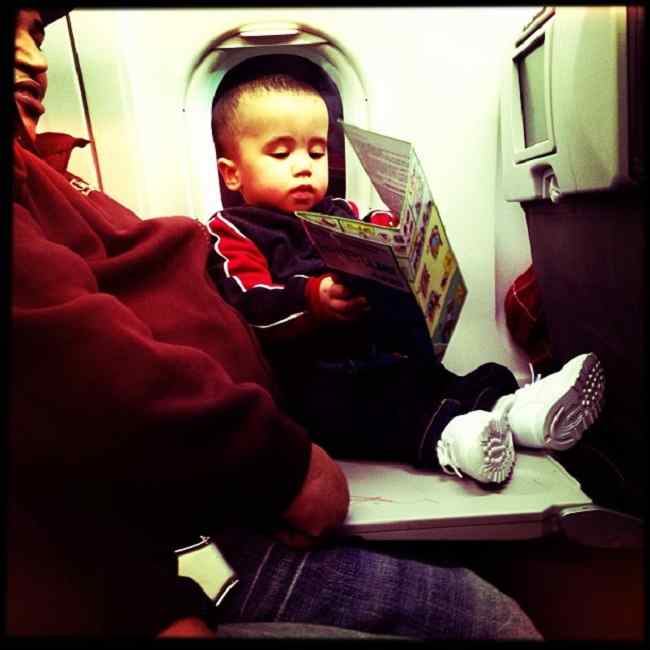 Jake T. Austin’s career started in the year 2002 when he appeared in commercials. And, a year later, he appeared in his first credited acting role as Kid 1698 in a comedy sketch on “The Late Show With David Letterman”. Likewise, in the year 2004, he landed his first major role, voicing Diego, the cousin of Dora, on the hit Nickelodeon animated series Dora the Explorer. And, he continued to voice Diego on the spin-off series, Go, Diego, Go!, for three seasons.

Moreover, along with voicing Diego, Austin starred in multiple voice roles for the feature films The Ant Bully and Everyone’s Hero, he was also cast in the Comedy Central special Merry F#%$in’s Christmas. Austin landed the lead role of Angel Macias in his first live-action feature film, “The Perfect Game” in the year 2006. The film was based on a true story about the first non-U.S. team to win the 1957 Little League World Series.

He appeared in his first Walt Disney Company production in the year 2007. It was the time when he portrayed the role of Chris in the Disney Channel original film Johnny Kapahala: Back on Board. And, later that same year, he also starred as Max Russo in the Disney Channel series Wizards of Waverly Place. In this series, he played the youngest sibling of a wizarding family, co-starring with Selena Gomez and David Henrie. And, until the end of Wizards of Waverly Place in 2011, he appeared in multiple Disney productions. Likewise, he played the role of Max Russo in the Wizards on Deck crossover episode which included two other popular Disney shows, The Suite Life on Deck and Hannah Montana in the summer of 2009.

During the same summer, he starred in the made-for-television film Wizards of Waverly Place: The Movie. The film was a rating hit and became the second most-viewed Disney Channel film at that time, behind High School Musical 2. Likewise, Austin made his live-action feature film debut in the year 2009 with the role of Bruce, an orphan who hides numerous dogs in an abandoned hotel, in the DreamWorks film Hotel for Dogs.

And, in the fall of the year 2010, he was named as one of the “25 Brightest Latino Stars Under 25” by Latina magazine. Also, he wrote and sold his first screenplay, Kings of Suburbia, which he described as being written in the same vein as his favorite film Stand By Me. Moreover, Austin voiced the role of Fernando, an orphaned Brazilian boy who is forced to capture exotic birds, in the 20th Century Fox animated musical film Rio in the year 2011. Also, he reprised the role in the sequel, Rio 2.

More About Films and Movies

Furthermore, he was also in the romantic-comedy film New Year’s Eve, released in December 2011. Likewise, the following year, he had guest roles on the Lifetime comedy-drama Drop Dead Diva as Samuel Forman, a 16-year-old multimillionaire, and on the NBC legal drama series Law & Order: Special Victims Unit as Rob Fisher, the boyfriend of a girl whose family is murdered.

He landed his next major role in the year 2013 when he was cast as Jesus Foster in the ABC Family family/teen drama series The Fosters. And, this series tells the story of two moms raising both biological and foster children in a “multi-ethnic” household in San Diego, California. He also played Jesus for two seasons until he left the show in the second-season finale in the year 2015.

He provided the voice for Jaime Reyes / Blue Beetle in the DC Comics animated direct-to-video film Justice League vs. Teen Titans in the year 2016. Likewise, on August 30, 2016, he was revealed as one of the contestants who would compete in season 23 of Dancing with the Stars. And, he was partnered with professional dancer, Jenna Johnson.

Moreover, Austin and Johnson were announced as the first couple to be eliminated from the competition on September 20, 2016. Then, in October 2018, it was announced that he joined the cast of Adverse, a neo-noir thriller starring Mickey Rourke. On February 28, 2020, Adverse had its premiere at the opening of the Fantasporto Festival in Portugal. Furthermore, he signed on for the upcoming TV series “The Rise” in June 2020 as well which is slated to begin shooting in the year 2021. 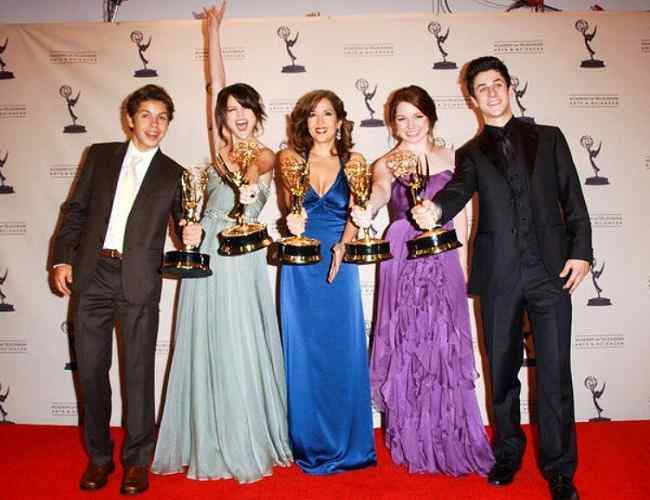 Caption: Jake T. Austin with his co-actors at an award show (Source: Instagram)

He has received “Hollywood Teen TV Awards” for “Favorite Television Actor” for the work “Wizards of Waverly Place” in the year 2010. Other than this, he has been nominated for many awards for his various movies and films.

According to celebritynetworth, he has a net worth of $5 million. And his main income source is his career of acting.

Jake T. Austin has had a fairytale love story. He is presently dating his fan, Danielle Caesar. Since the year 2009, Danielle regularly tweeted him, until the year 2011 when he met her and followed her on Twitter. She then again pursued him for another four years until late 2015, when he began dating Danielle. Likewise, the two are deeply in love, and though he may have broken a million hearts, he says he has never been happier. 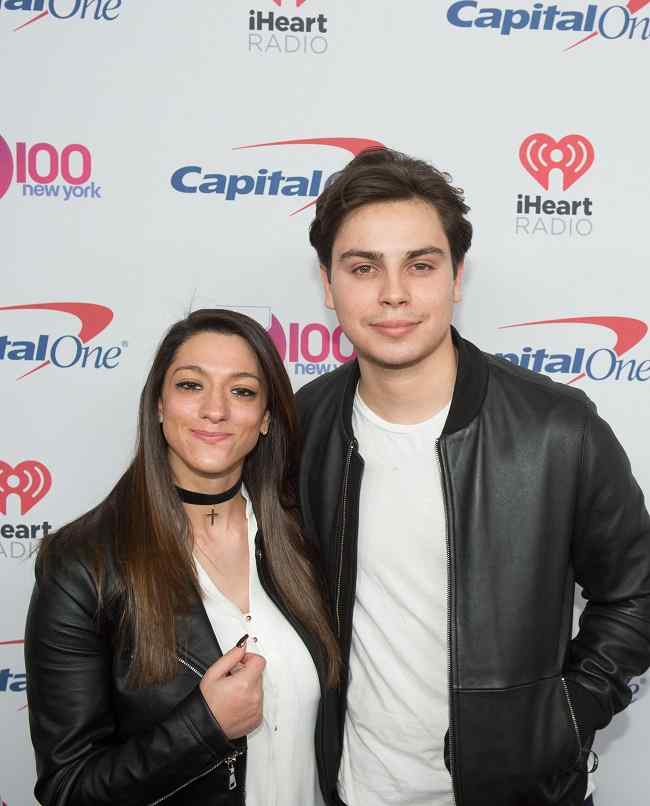 Austin devotes time to various charitable causes including the Make-A-Wish Foundation. This foundation grant wishes to children who have life-threatening medical conditions; Starlight Children’s Foundation. It dedicates to improving the quality of life for children with chronic and life-threatening medical conditions; and Variety’s Power of Youth initiative, which partners with young stars to help raise money for their chosen causes. Likewise, he has also supported the Boys & Girls Clubs of America.

Jake Austin is an athlete and all kinds of sports, especially snowboarding, surfing, basketball, and soccer help him stay in shape. Likewise, he has an innate hobby for making short films along with his friends, and watches movies and shows to help develop his directing skills. He also takes good care of his hair and considers it his asset he loves riding the waves at the Santa Monica beach and is a good dancer too. Moreover, he hopes to someday travel to Italy.

Jake T. Austin has a height of 5 feet 8 inches and his weight is 68 Kg. And his other body measurements such as his chest size, waist size, and hip size are 39-30-14 Inches respectively. Moreover, he has dark brown eyes and black hair.