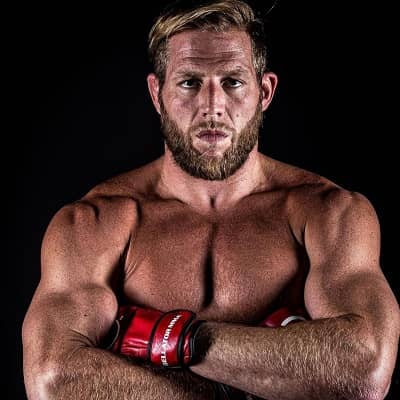 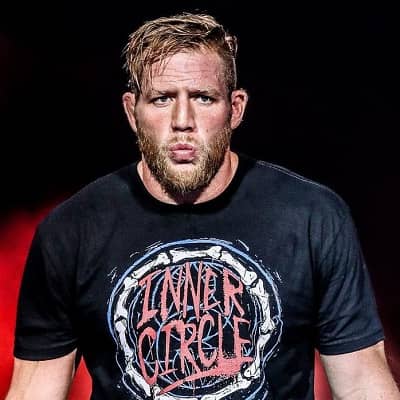 Jake Hager is a professional wrestler and mixed martial artist from the United States. Moreover, Jake Hager is currently signed to All Elite Wrestling (AEW). He is also well-known for his career in World Wrestling Entertainment (WWE) as Jack Swagger.

Donald Jacob Hager Jr. best known by his ring name Jake Hager was born on March 24, 1982, in Fargo, North Dakota, in the United States of America. According to his birth date, he is 40 years old and holds American nationality.

Moreover, he has a birth sign of Aries ad he believed in Christianity by religion. He belongs to American-White and is currently resident in Tampa, Florida. He has not revealed any information about his parents or siblings and childhood life to the media. 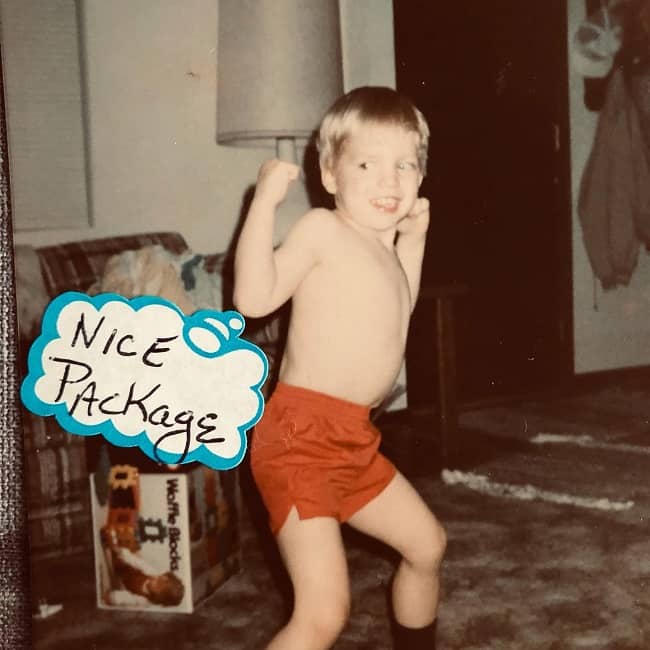 Talking about his academic career, he attended the University of Oklahoma as a 2-sport athlete, participating in both football and wrestling. He was the third-string defensive lineman behind eventual NFL players Tommie Harris and Dusty Dvoracek.

Later in his sophomore year, he quit playing football and focused only on wrestling. He earned a bachelor’s degree in finance there in 2006. Following graduation, he planned to work for a business in Dallas, Texas, but instead joined WWE after they gave him a contract on the day he was supposed to begin.

Talking about his professional start, Jake Hager signed a deal with WWE in the middle of 2006 and began as “Jack Swagger” He won the WWE World Heavyweight Championship twice, the ECW Championship once, and the United States Championship once when he was a member of the company.

After deciding to pursue a professional mixed martial arts (MMA) career, he departed the business in 2017. He joined Bellator MMA in 2017. On January 26, 2019, he competed in his first professional match, defeating J.W. Kiser at Bellator 214 by arm-triangle choke in the first round. 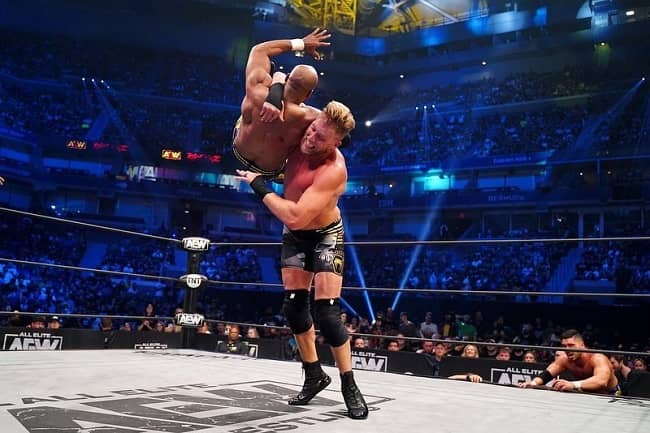 On May 11, 2019, at Bellator 221, he faced T.J. Jones in his second fight with the promotion, which he won by arm-triangle choke in the first round.

He presently has a 3-0 record and is unbeaten. Before joining AEW in 2019, he continued to perform as a wrestler for various promotions, notably Lucha Underground as Jake Strong, where he held the title of last Lucha Underground Champion.

In  December 2010, Jake Hager married his beautiful wife, Catalina White. Professionally, his wife, Catalina is a well-known model, actress, and singer. Firstly, they started dating each other in 2009.

With the marriage, the couple has two children; a son named Knox Stribling Hager and a daughter named Presley Pearl. The family is happy and currently residing in Tampa, Florida, USA. 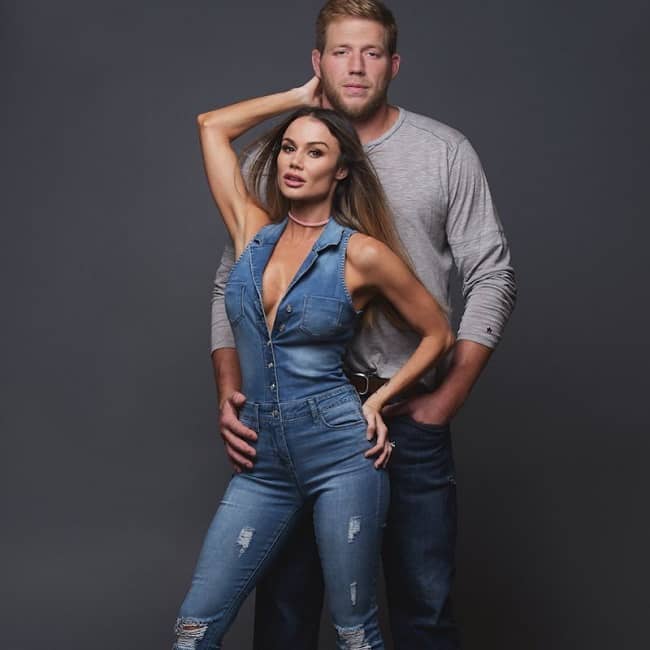 On February 19, 2013, he was arrested in Gulfport, Mississippi, during a SmackDown filming. He was accused of driving under the influence and in marijuana possession. Moreover, he was released from custody following his arrest and was scheduled to appear in court on March 12, 2013.

He was then set to stand trial in Mississippi on June 25, 2013. Later, he was fined $500 and sentenced to six months probation, with his two-day prison term postponed, when the marijuana allegation was dismissed.

Jake stands 6 feet 9 inches and weighs around 125 kg. Moreover, this wrestler has light brown eyes with green eyes. He has a fit physique, a tall frame, and spiked hair. His additional physique measurements are still unknown. Overall, he has a fit figure and a nice attitude.