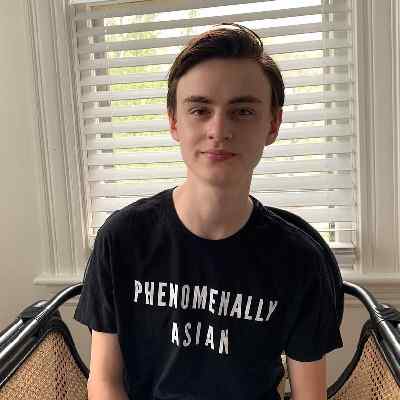 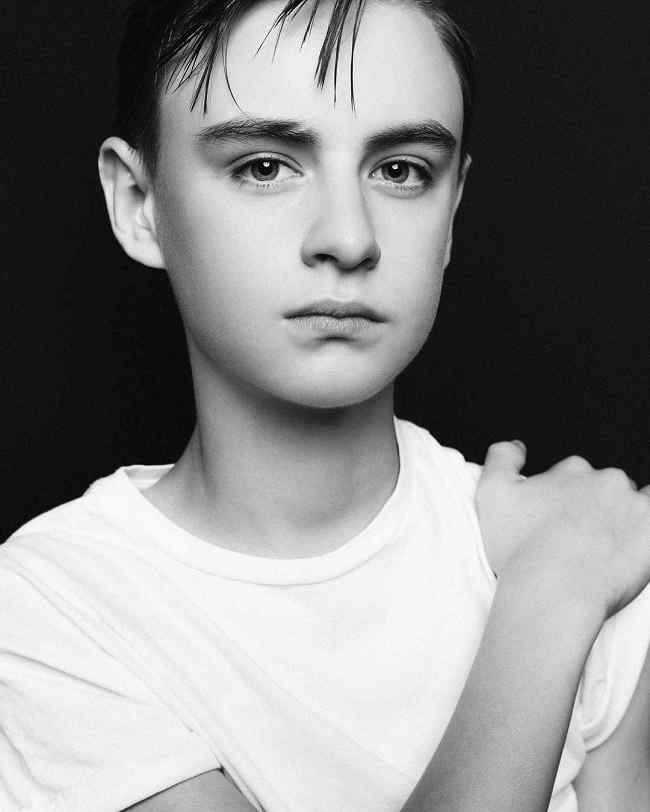 Jaeden Martell is an American actor. Jaeden Martell is popular for his leading roles in the 2017 films “It” and “The Book of Henry”. Likewise, he also landed roles in notable films that include St. Vincent, Midnight Special, The Confirmation, Aloha, and Knives Out. He also starred in season three of Masters of Sex.

Jaeden Martell was born on January 4, 2003, in Philadelphia, Pennsylvania, USA. He is 18 years old and is under the zodiac sign, Capricorn. He holds American nationality. His birth name is Jaeden Wesley Lieberher. And he is of mixed ancestry with German, French-Canadian, English, Scots-Irish, Belgian/Walloon, and Korean descent.

His father’s name is Wesley Lieberher and his mother’s name is Angela Martell. His father is an American executive chef, popular for his work with Beer Belly and Whiz in Los Angeles. Likewise, he has three siblings and their names are Sydney, Jovi, and Hayes. He along with his siblings grew up in South Philadelphia. And in the year 2011, when Martell was eight years old, they moved to Los Angeles. He is very close to his mother and his siblings as well. He has also shared pictures with his mother and other family members on his social accounts.

Regarding his educational background and qualification, he attended the Independence Charter School in South Philadelphia. And after moving to Los Angeles, he attended school there. However, the name of the high school he attended is not available. But considering his age, he must have graduated from high school and must be preparing for the university until and unless he is a dropout or decided to quit further studies. 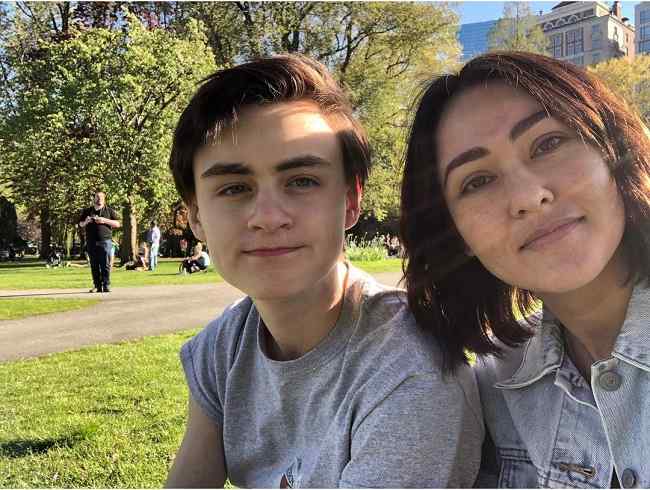 Caption: Jaeden Martell along with his mother (Source: Instagram)

Jaeden Martell was like any other little boy in the neighborhood who was engrossed with his own little world including his near and dear ones. Until he moved to Los Angeles in the year 2011 where a new chapter of glitz and glamour opened in his life. In LA, he landed up doing various commercials. And, after just a year he plunged into the world of acting, without any prior training or experience in the field. He played a role in the American romantic comedy film “Playing It Cool” in the year 2015 that began filming in the late year 2012.

Martell had the opportunity to act along with Hollywood superstars like Bill Murray, Melissa McCarthy, and Naomi Watts in his next feature film “St. Vincent”. It is an American comedy-drama that began filming in July 2013 and released in the year 2014. This film became a super-hit grossing $54.8 million at the box-office. This definitely helped he garner critical acclaim and widespread recognition. Likewise, he even won the “Youth in Film” award at the “Las Vegas Film Critics Society Awards” and the “Best Performance by a Youth in a Lead or Supporting Role – Male” award at the “Phoenix Film Critics Society Awards” in the year 2014 apart from several nominations.

He also featured in the short film “Grief” in the year 2013. He starred as Mitchell in the Cameron Crowe written, directed, and produced 2015 American romantic comedy-drama “Aloha”. However, the film was panned by both critics and audiences. But, this Hawaiian project gave him a chance to act with the likes of Bradley Cooper, Emma Stone, and Rachel McAdams.

Later on, he earned one of the starring roles of Alton Meyer. It is about a boy with special powers, in the Jeff Nichols written and directed American science fiction film “Midnight Special”. The film received generally favorable reviews but failed to get success at the box-office. Then, his other notable film of 2016 was the Bob Nelson wrote and directed drama “The Confirmation”.

Then, moving forward he lapped up the lead role of ‘Henry Carpenter’ in the 2017 American drama film “The Book of Henry”. Colin Trevorrow directed this film. Likewise, the film saw him sharing screen space with Naomi Watts, who, once again, played his mother. Moreover, in the first six years of his career, he was credited almost exclusively under his family name, Lieberher. So, in the year 2019, he switched to his mother’s maiden name, Martell. That’s how his name became Jaeden Martell.

‘It’ and other films

The most successful film of his career so far is the Andy Muschietti directed 2017 supernatural horror film “It”. The film is based on a 1986 novel by Stephen King bearing the same title. He starred as ‘Bill Denbrough’ who is the main protagonist, starring along with Bill Skarsgard. This film received generally positive reviews and emerged as a blockbuster hit grossing $688.3 million worldwide till November 2017 garnering him international prominence.

Then, he starred in the film “The True Adventures of Wolfboy” which was a 2018 release. Likewise, his television pursuits include appearing in the television sitcom “The Ellen Show” in the year 2014. He also performed additional voices in an episode of the American adult animated sitcom “American Dad!” in the year 2015. He also played the recurring role of Johnny Masters in eleven episodes of the American period drama series “Masters of Sex” during 2015–2016. 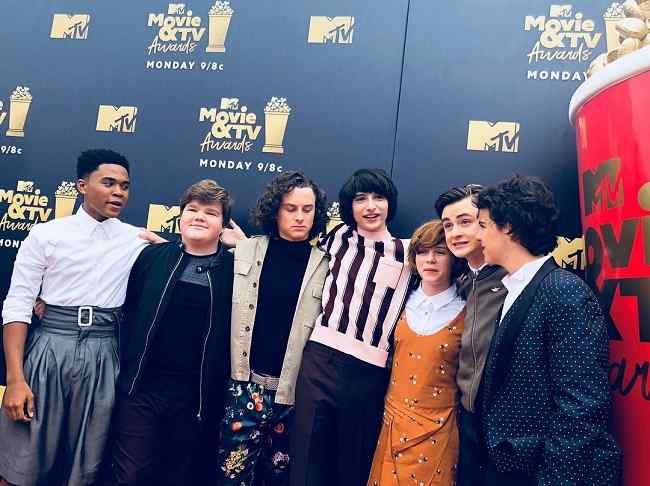 Caption: Jaeden Martell with the co-actors of the film “It” (Source: Instagram)

Jaeden Martell is possibly single at the moment and seems to be more focused on his career rather than being in a relationship. Or maybe he wants to keep his personal and love life private and away from the limelight. Talking about his past relationship, he was once in relation with Lilia Buckingham. Lilia is a dancer. They began dating in January 2018. However, they broke up later on.

Jaeden Martell has a height of 5 feet 5 inches and his weight is 51 Kg. His other body measurements such as his chest size, waist size, and bicep size, are 32-28-13 inches respectively. Moreover, he has brown hair and light brown eyes. 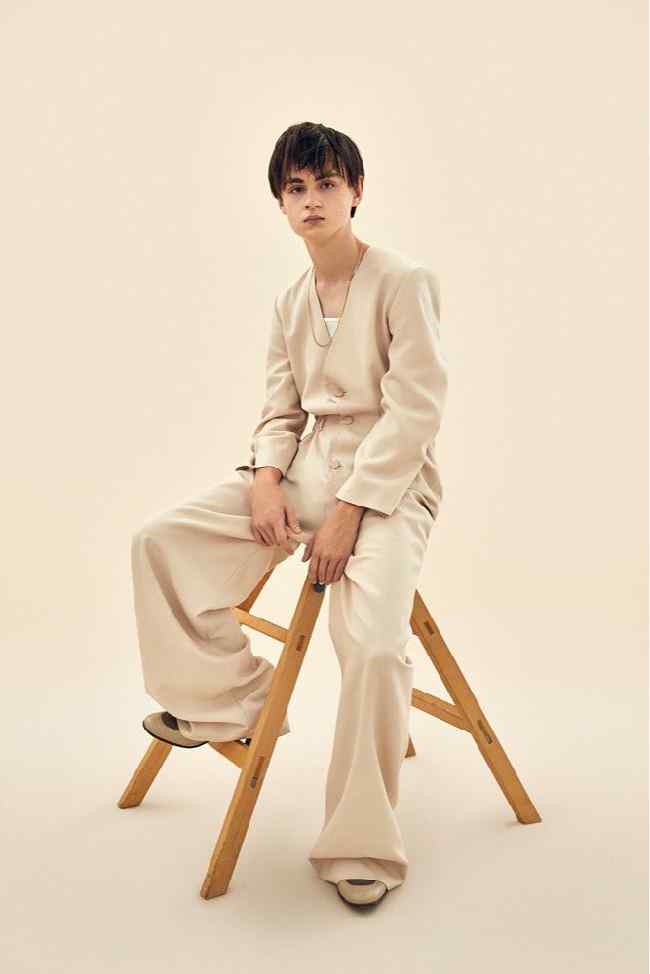 Jaeden Martell is pretty active on all of his social accounts. He has garnered 3.8 million followers on Instagram and 318.9K followers on Twitter. Likewise, he also owned a Youtube channel under his name. However, he is not active on it at all at present. But his channel has 4.63K subscribers on it.

Focusing on his earnings and income, according to celebritynetworth, he has an estimated net worth of $1 million and his main income source is his career of acting.