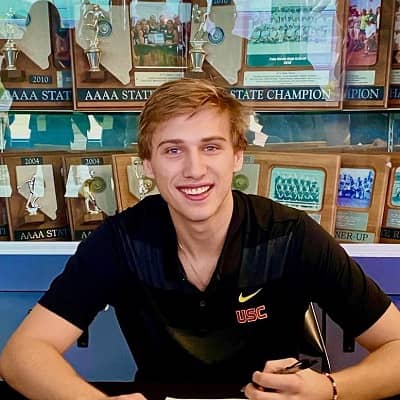 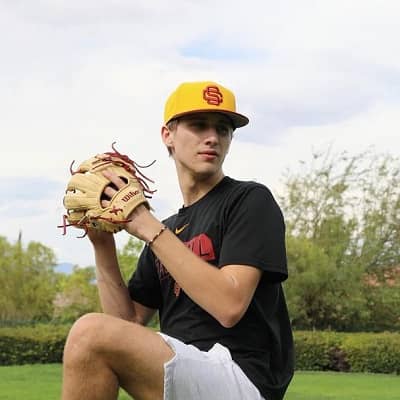 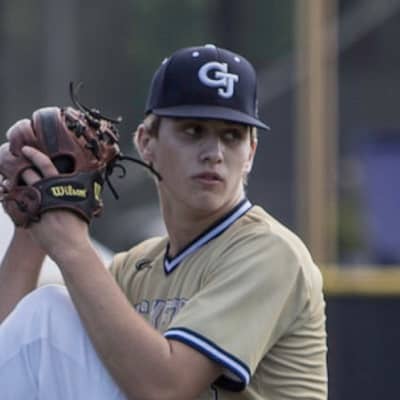 Jaden Agassi was born on 26 October 2001 and he is currently 21 years old. He hails from Las Vegas, Nevada, and his zodiac sign is Scorpio. Likewise, he was born in the Valley Hospital. Talking about his family, his parents are his father Andre Agassi, and mother Steffi Graf. Both of Agassi’s parents are former professional tennis players. His mother is German whereas his father is American. Therefore, this personality is of German-American ethnicity whereas his nationality is American.

Moreover, his middle name is “Gil”, an honor to his father’s trainer – Gil Reyes. Further, he also has a younger sister named Jaz Elle Agassi. His sister is two years younger, born on 3 October 2003. This personality’s paternal grandfather is a former Olympic boxer from Iran – Emmanuel ‘Mike’ Agassi. While Agassi chose to play baseball, his sister chose horseback riding and hip-hop dancing as a child. 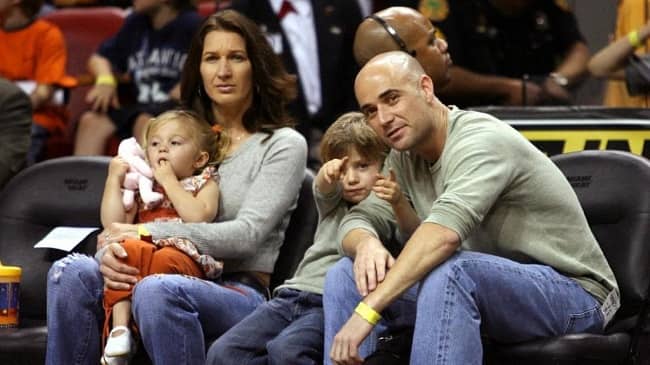 Caption: Jaden Agassi in a childhood photo with his family. Source: Tennis World

Professionally, Jaden Agassi is a young baseball player. He is more popular as the celebrity child of the tennis players Steffi Graf and Andre Agassi. Both his parents played tennis professionally.

More precisely, his father is the former world #1 who is an eight-time major champion. Likewise, his father also won a gold medal at the 1996 Olympics. Similarly, his father was also the runner-up in seven other Grand Slam tournaments. 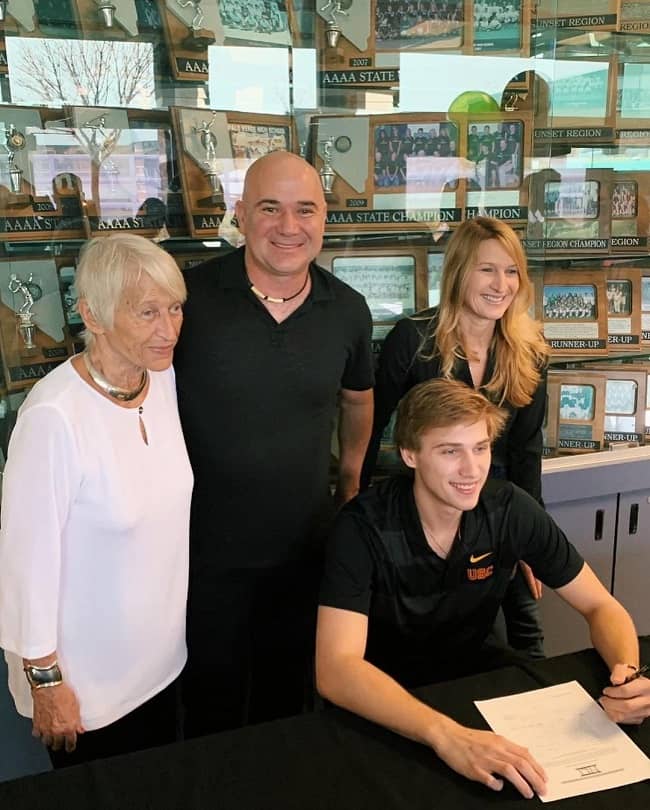 Caption: Jaden Agassi was surrounded by his family on the day he signed with USC. Source: Instagram

Talking about his playing career, this young player is a pitcher/3rd base. He also consistently hits the mid-to-upper-80s with his fastball. Likewise, this young player plays competitive baseball for the Las Vegas Recruits during the summer. The young baseballer has also committed to playing baseball at the University of Southern California (USC).

Furthermore, this player is one of the top athletes in the Class of 2020 with a rank of #66 prospect in his class. Moreover, this player is also the top-ranked player in his home state of Nevada. Agassi has been playing in high-profile tournaments around the country at such a young age. During his sports events at the school level as well as in tournaments, both of his celebrity athlete parents make regular appearances.

Jaden Agassi is most probably single at present. The young baseballer has not shared any information or social media posts related to his love life and affairs. Either the celebrity kid is good at keeping his personal life a secret from the public or he is indeed single at present. When the time is right and this young player is ready to commit to romantic relationships in the future, in case he is single now, there are sure to be many people lining up to become his lover as he is very talented, handsome, and charming. 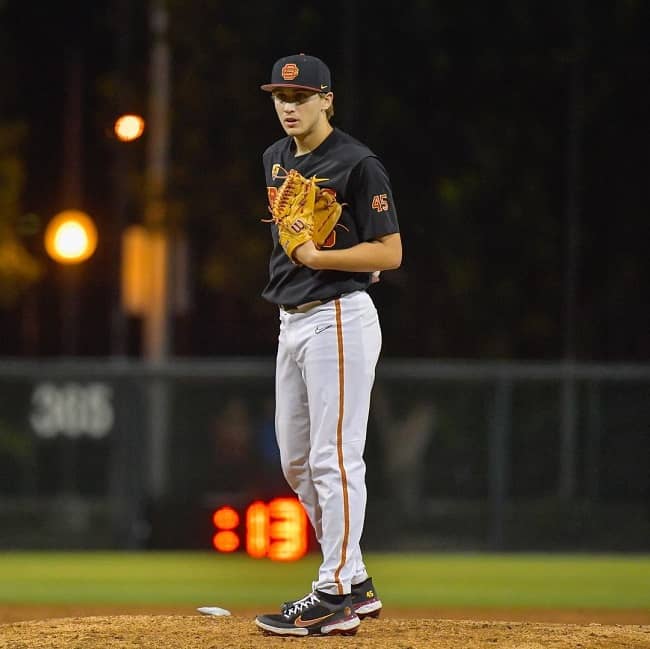 Caption: Jaden Agassi was photographed during his game. Source: Instagram

Jaden Agassi stands tall at an approximate height of 190 cm or 6 feet 3 inches and his weight is around 55 kg or 124 lbs. As this player is still very young, there is a chance of his physical growth for some time and hence his body measurement stats shall change later on. Moreover, the baseballer has blonde hair and blue eyes.

Talking about his social media presence, Jaden Agassi joined Twitter in July 2016 and so far has over 3.3k followers on his @jadenagassi account. Likewise, he is available on Instagram under the username @jadenagassi. So far, this account has garnered more than 13k followers as of February 2022. Moving on, this young baseballer has a net worth of $1 million US dollars.