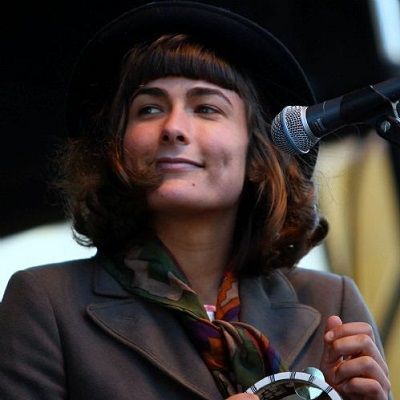 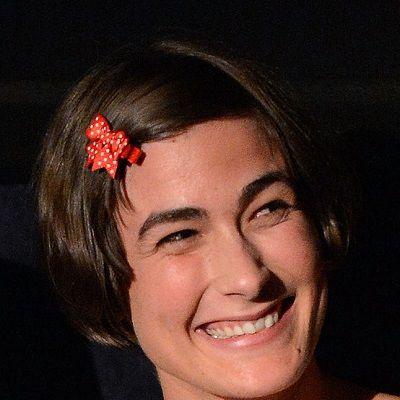 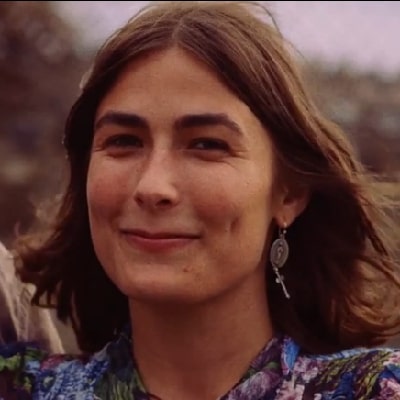 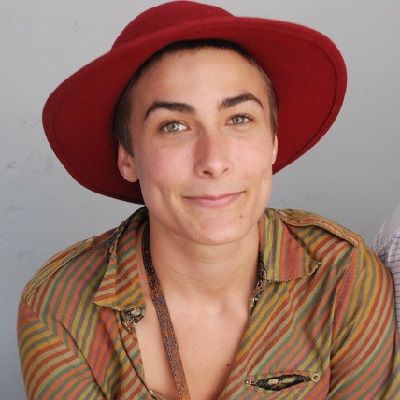 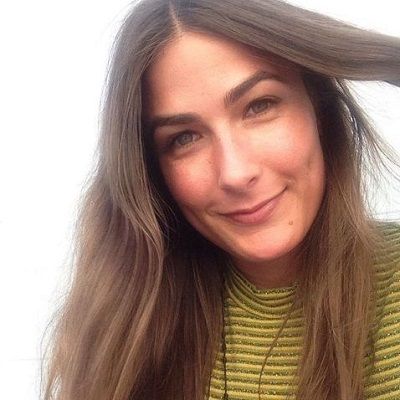 Jade Castrinos’s date of birth and other details are still a mystery. She has not shared her exact date of birth and age. Nevertheless, she is a young artist who was born in Los Angeles, California and grew up in Las Flores Canyon, Malibu. Though she has not shared the names of her parents, she has mentioned information regarding them in several interviews. She has also played onstage with her father in recent years.

Moreover, she was a part of a band with her father when she was only 11 years old. She sang as well as started writing songs since then. In an interview with Lily Ashwell, she revealed that she experienced natural disasters in California like fires, floods, and earthquakes through the eyes of a little girl. This was somehow adventurous for the little girl.

While growing up in Las Flores Canyon in Malibu, she would do cartwheels on the beach after school and pick roses on rainy days with her childhood best friend. At present, her mother’s voice and laughter along with the way canyon smell the day after a storm reminds her of her home. Moreover, her earliest memory with a guitar was carving her own name on her father’s old Les Paul at age six. 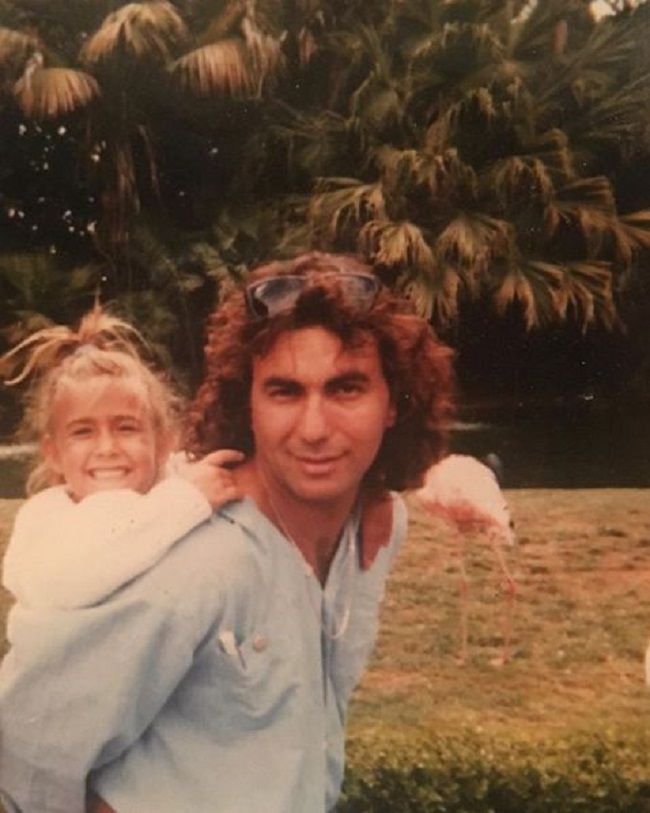 Caption: Jade Castrinos with her father in a childhood photo. Source: Bio Gossip

Talking about what influenced her love for music, she credits her family for this. Her mother opening curtains and flooding the house with natural light while playing Joni Mitchell records was one of those influences. Similarly, her father enjoyed showing her the bands that changed his life. This early exposure to various bands from a young age also helped her develop her love for music.

Moreover, she also credits her father’s bandmate named Jason Grisell. She describes him as one of the best songwriters she has ever known still to this day. She also believes that he is a guiding light in so many ways. When asked how to harmonize, Jason replied, “if you listen for them, you will hear them”. This was one of the instances that she appreciates as Jason was never any less poetic or enigmatic to her just because she was an inquisitive youngster.

Jade Castrinos is a gifted folk singer, guitarist, and songwriter. She started her career as a singer back when she was only 11 years old. Then in 2005, she co-founded the band “Edward Sharpe and the Magnetic Zeros”, alongside Alex Ebert. When they became an official band in 2007, she continued in her role as songwriter and vocalist.

The pair started writing music together and became a part of the art and music collective The Masses, which they started partially by some seed money from actor Heath Ledger. While the Alex-Jade relationship did not last long, the group took off in a big way. Their group soon swelled to more than 10 members and some of the members were Alex Ebert’s friends since he was young. 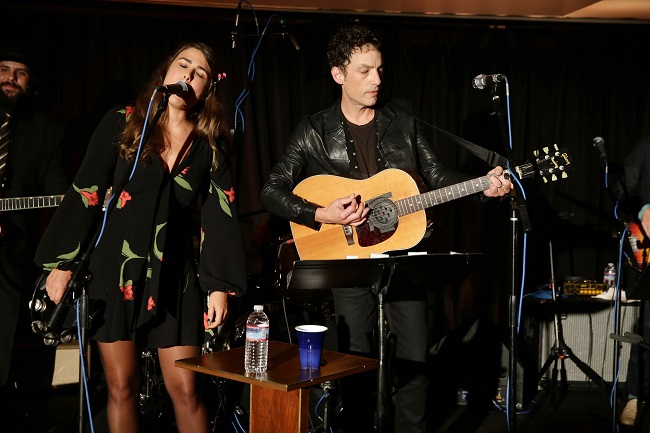 Edward Sharpe and the Magnetic Zeros

As a part of the band, she focused on vocals, guitar, percussion, and keyboard. Then by the summer of 2009, the group was touring the country. Their first album is Up from Below, released in July 2009. This album received praise from both critics and fans and also ranked at no. 76 on the Billboard 200, 86 on the Australian chart, 56 on UK Album, and 132 on the Canadian chart.

“Edward Sharpe and the Magnetic Zeros” also appeared on the Late Show with David Letterman on 10 May 2012 promoting their next album Here. They released this album on 29 May 2012. Similarly, the band’s third full-length album is the self-titled album Edward Sharpe and the Magnetic Zeros. This album was released on 23 July 2013. They again appeared on the Late Show to promote the album also performing the track Life Is Hard.

Despite her super-secretive nature, she is a down-to-earth person with strong family values and a desire to make the world better with songs. Her rise to fame began on 18th July 2007 when “Edward Sharpe and the Magnetic Zeros” played their very first show at the Troubadour in West Hollywood, California. Some of her most notable songs include Home, 40 DayDream, That’s What’s Up, Better Days, Man On Fire, and I Don’t Wanna Pray.

Then in 2014, she Casts and the “Edward Sharpe and the Magnetic Zeros” went separate ways during the band’s summer tour. She cites that she did so in order to devote time to her solo career. The world of indie and folk music will always appreciate her influence of her in the band. She endeared herself to millions of music lovers around the globe with her soft and sensitive voice.

After leaving the band, she has been pretty focused on her solo career. Presently, she is still exploring her passion for music and thriving as a solo artist. She has been collaborating with Jakob Dylan on a couple of musical projects. Then in 2019, she and Dylan performed their songs, Go Where you Wanna Go and In Dedicated to the one I Love, on Jimmy Kimmel Live.

Jade Castrinos is most probably single at present. She has not shared any information on her social media and made any comments during programs and interviews that may hint at her possible affairs. She is rather focused on her career as a singer at present. Moreover, she has also kept herself away from any rumors, scandals, and controversies that might harm her personal life and professional life. She has also maintained a clean public profile.

Prior to all this, she and her former bandmate, Alex Ebert. They were together before the formation of the band “Edward Sharpe and the Magnetic Zeros”. Alex saw her sitting on an outdoor bench and he immediately knew he needed to have a relationship with her. Their resultant affair formed the seeds of what later became “Edward Sharpe and the Magnetic Zeros”. However, their relationship didn’t last long but they worked together for a long time in the band before she left it for good. 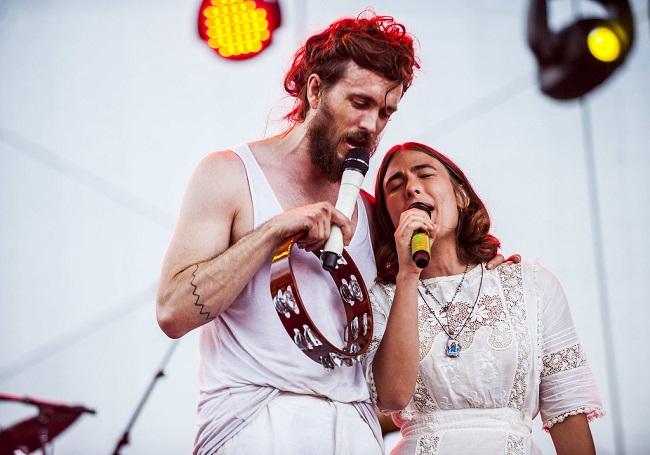 There is no information regarding Jade’s body measurement details. Her height, weight, chest-waist-hip, dress size, shoe size, etc are all not available. Moreover, she has brown hair and eyes of the same color. She is also popular for her warm smile.

Jade Castrinos is not available on social media platforms. She has an account on Instagram but at present, she has only shared one post. She probably deleted all her previous posts from the account that boasts 30.5k followers.

Moving on, she has a net worth estimation of around $500,000. Further, the singer is known to pocket around $21,518 to $207,085 annually in the form of earnings, most of which is generated from her music career. Talking about her former bandmate Alex Ebert, his net worth estimation is around $4 million dollars.