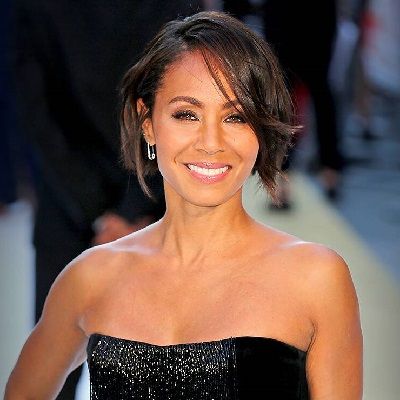 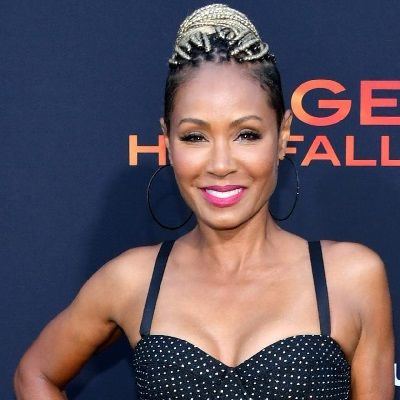 Jada Pinkett Smith is an American Actress, Comedian, Songwriter, Screen Writer, and Businesswomen who became famous after a comedy series “A Different World”. Jada Pinkett Smith is also a lead singer of a metal band Wicked Wisdom. She has her own fashion label Maja and has shared on NBA team Philadelphia 76ers.

Jada Pinkett Smith an American Actress, Comedian, Songwriter, Screen Writer, and Businesswomen (49 years) was born on September 18, 1971, in Baltimore, Maryland, United States. She is also known by name is Jada Koren Pinkett–Smith. The name of her father is Robsol Pinkett Jr, Her mother’s name is Adrienne Banfield-Jones. She has a younger brother named Caleeb Pinkett who is also a writer and actor. She belongs to Mixed (African-American) ethnicity and is a Scientology. Her birth sign is Virgo.

She studied at the Baltimore School. Where she became close friends with her classmate, rapper Tupac Shakur and majored in dance and theatre and graduated in 1989. Later she graduates from the University of North Carolina School. 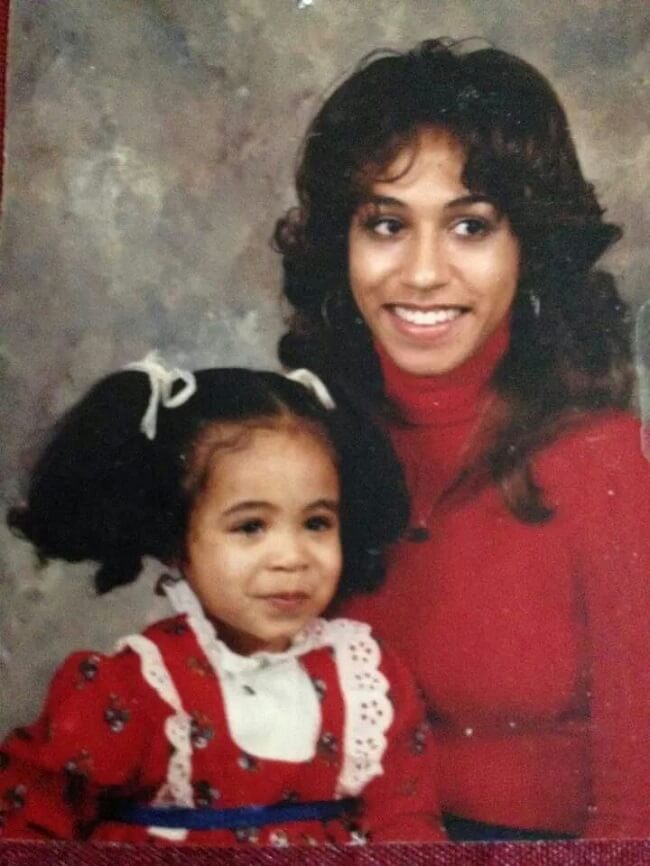 Caption: Jada Pinkett Smith on her childhood photo with her mother (Source: Pinterest)

Jada is a multi-talented star with acting, singing skills, and businesswomen. She has numerous amount of movies played in her career. Here are some of the highlights of her career.

The diminutive actress got her first big break in 1991 with a recurring role on the Cosby Show spinoff, A Different World following cameos in various TV shows. Although her character, Lena James, ultimately earned more screen time, A Different World was running on fumes following the loss of several original characters and was dropped after the sixth and final season in 1993.

In 2008 she released “The Human Contract” which was written and directed by Pinkett Smith. She returned to television as the executive producer and star of Hawthorne, playing the titular chief nursing officer in 2009.

She returned for a supporting role in Magic Mike XXL (2015) and joined the ensemble cast of Bad Moms (2016) after largely absent from the big screen following her directing debut. Continuing down the path of R-rated comedies, she also appeared prominently in the surprise hit Girls Trip (2017), with Queen Latifah, Tiffany Haddish, and Regina Hall.

In May 2018, she launched Red Table Talk on Facebook Watch. In this table talk, she shared hosting duties with mom Adrienne and daughter Willow, the actress said her show would probe into issues that had changed her family, from differing generational viewpoints.

The show proved to be a headline-grabber thanks to her willingness to share all kinds of personal information, including her admissions that she had undergone vaginal stimulation and that she was once addicted to using sex toys.

As of her music career, she became a lead singer of band “Wicked Wisdom”. They release their debut album Self titled album in 2006 which reached the billboard’s top Heatseekers.

As a businesswoman, she has her own music company, fashion label, Maja in 1994. Similarly, she with her husband create and produce the series “All of us”. She has invested $10 million on Carol’s daughter and became the spokesperson of the beauty line.

She featured in the Video Games “Enter the Matrix” in 2003 as a role of Niobe.

Jada has been in a BabyCal and AIDS television campaign. Likewise, She has also starred in a Fox TV ad encouraging environmentally responsible behaviors with the slogan “Green it, mean it.”

The multi-talented actress has won several awards throughout her career. Some of them are the for Best Supporting Actress- Horror ‘Blockbuster ‘Entertainment Award’ in 1998 for her role in Scream 2, and the Teen Choice Award in 2003, for ‘Choice Movie Actress- Action’, for her role in “The Matrix Reloaded”. She nominated for the Image Award for Outstanding Actress in Drama Series. People’s Choices Award for Favourite Actress in New TV Series. Both are for the movie Gotham in 2015.

Multi-talented has an estimated net worth of around $50 million. Although she earns a lot of money from movies, Tv-Shows, and other entertainment industries. Some of her net worth influenced by fashion, writing, and other business-related activities. 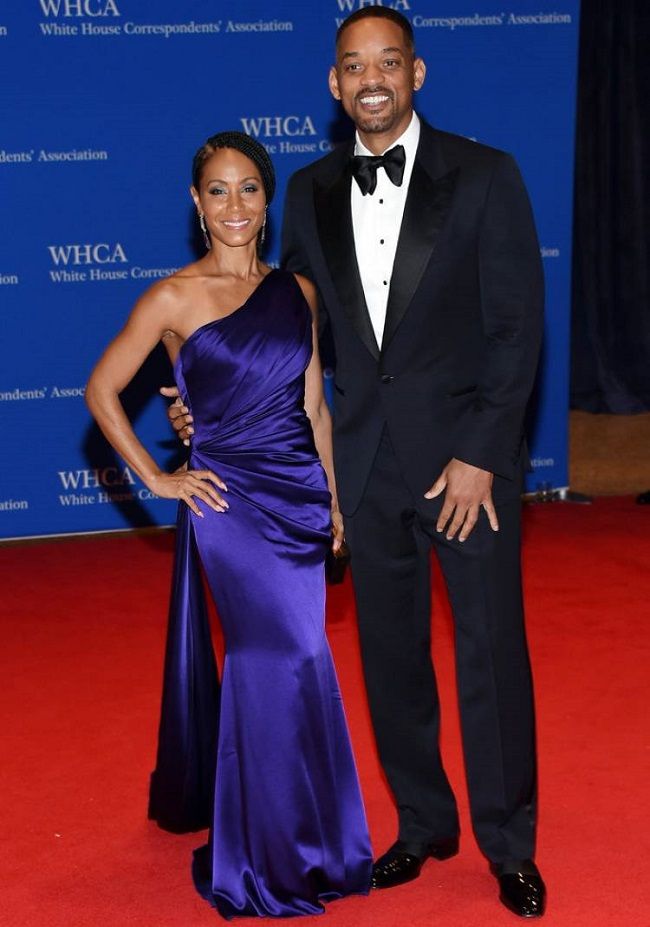 Jada Pinkett Smith married the famous actor and rapper Will Smith in 1997. Together they have two children named Jaden (Singer and Actor) and Willow Smith(Singer, Actor, Songwriter, Dancer). She is also stepmother to Trey Smith(American Football player). They also provide charity to the nonprofitable organization. They live in Malibu, California.

Jada engaged in a relationship with Late Rapper Tupac Shakur in late 1980. Then they dated Wesley Snipes in 1991.

Will and Jada are one of the most misunderstood couples in Hollywood. There were rumors of both cheated each other. There were a couple of rumors that they were on the verge of divorce a couple of time but they are committed to the family. 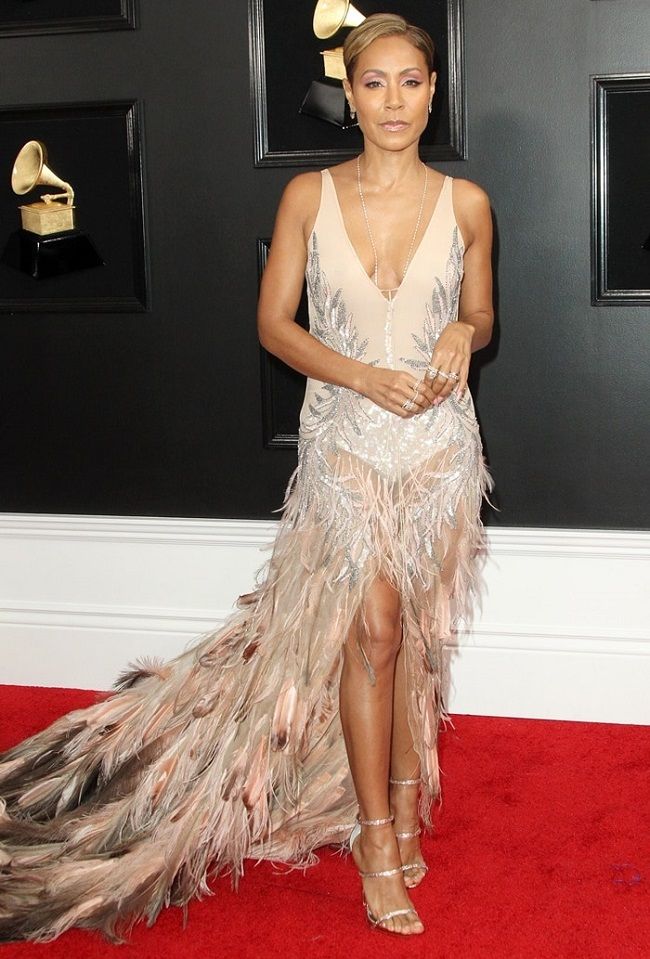