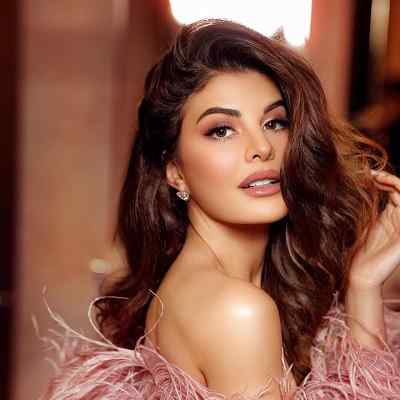 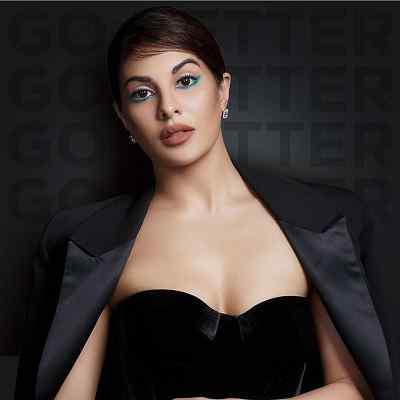 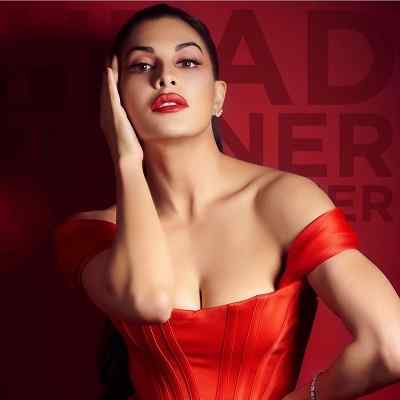 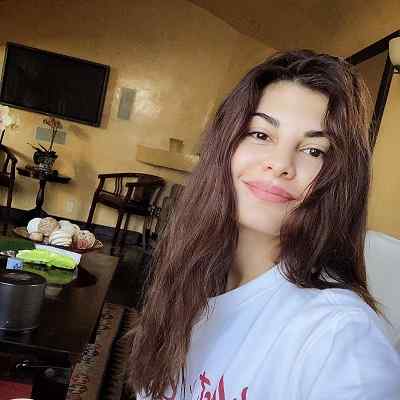 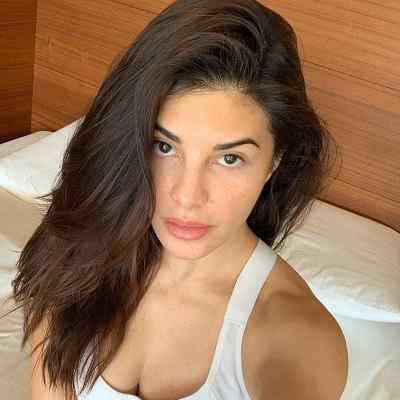 Jacqueline Fernandez was born on August 11, 1985, in Manama, Bahrain. She is 36 years old and is under the astrological sign, Leo. She holds the Sri Lankan nationality and follows Christianity. Likewise, Fernandez belongs to a multi-ethnic family.

Jacqueline’s father’s name is Elroy Fernandez. Elroy is a Sri Lankan Burgher. Likewise, her mother’s name is Kim. And Kim is of Malaysian and Canadian descent. Moreover, Jacqueline’s maternal grandfather is Canadian and her paternal great-grandparents were from Goa in India. Her father was a musician in Sri Lanka and then moved to Bahrain in the 1980s to escape civil unrest between the Tamils and Sinhalese. Subsequently, her father met her mother who was an air hostess. Jacqueline has one elder sister and two elder brothers. Further, one of her brother’s name is Warren Fernandez. But the name of her other siblings is not available until now.

Regarding Jacqueline’s educational background and qualification, she received her early education in Bahrain. After schooling, she was awarded a Scholarship to study at the University of Sydney. She pursued a degree in Media and Communications in Sydney, Australia. And, after graduating Jacqueline did a couple of television shows in Sri Lanka. Moreover, she even attended the Berlitz school of languages, where she learned Spanish and improved her French and Arabic. 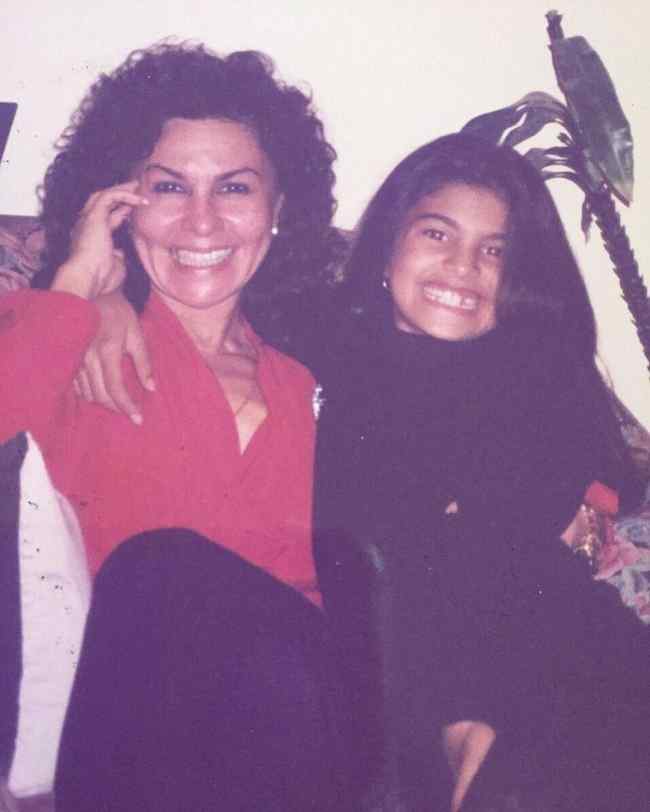 Jacqueline Fernandez had aspired to become an actress at a young age. She fantasized about becoming a Hollywood movie star. She even received some training at the John School of Acting. Moreover, although Jacqueline was a television reporter, she accepted offers in the modeling industry. And this came as a result of her pageant success. In the year 2006, she has crowned the winner of the Miss Universe Sri Lanka pageant. Jacqueline represented Sri Lanka at the world Miss Universe 2006 pageant held in Los Angeles.

Then, in a 2015 interview, Jacqueline Fernandez described the modeling industry as “a good training ground”. Later in the year 2006, she appeared in a music video for the song “O Sathi” by music duo Bathiya and Santhush. Then, in the year 2009, she traveled to India for a modeling assignment. Jacqueline then successfully auditioned for Sujoy Ghosh’s fantasy film “Aladin” in the same year. It was the time she debuted as a Bollywood actress. Fernandez played the love interest of Ritesh Deshmukh’s character which is a role based on the character of Princess Jasmine. However, the film was a critical and commercial failure but she did win the IIFA Award for Star Debut of the Year – Female.

Then in the year 2010, Jacqueline Fernandez appeared opposite Deshmukh in the science fiction romantic comedy “Jaane Kahan Se Aayi Hai”. But this movie of hers was also a failure. And, later that year, she made a special appearance in the song “Dhanno” for Sajid Khan’s comedy “Housefull”. Her appearance in this song definitely brought her a lot of opportunity and fame as well. She instantly became famous and did gain a lot of fans.

Moreover, Mahesh Bhatt’s thriller “Murder 2” was Jacqueline Fernandez’s first commercial success. And this marked a turning point in her career. She then took on the role of Priya, a lonely model who is in a confused relationship with Arjun Bhagwat. She was praised a lot for her performance, and for the boldness and sex appeal, she displayed in the film.

Then the following year, Jacqueline Fernandez appeared in the ensemble comedy “Housefull 2” alongside Akshay Kumar, John Abraham, and Asin. This movie became one of the top-grossing productions of India that year. But she received mostly negative reviews for her performance. However, despite the negative reviews, she received a Best Supporting Actress nomination at the 14th IIFA Awards for her performance.

Likewise, in the year 2013, Fernandez starred in the movie “Race 2” which is an ensemble action thriller. The film emerged as a commercial success. She was praised for her acting in this movie. Moreover, that same year, Jacqueline appeared in an item number, titled, “Jaadu Ki Jhappi”, for Prabhu Deva’s romantic comedy Ramaiya Vasta Vaiya.

Jacqueline Fernandez appeared in Sajid Nadiadwala’s directorial debut, the action film “Kick” in the year 2014. And this movie became the fourth highest-grossing Bollywood film. This established her as one of the most popular Bollywood actresses. Then in the year 2015, she featured in Vicky Singh’s Roy, a romantic thriller, which critic Sarita A. The critics described it as a “boring, exhausting and pretentious” film and failed to meet its box-office expectations, and was a commercial failure. And, later that year, Jacqueline appeared in a guest appearance for the comedy-satire Bangistan. 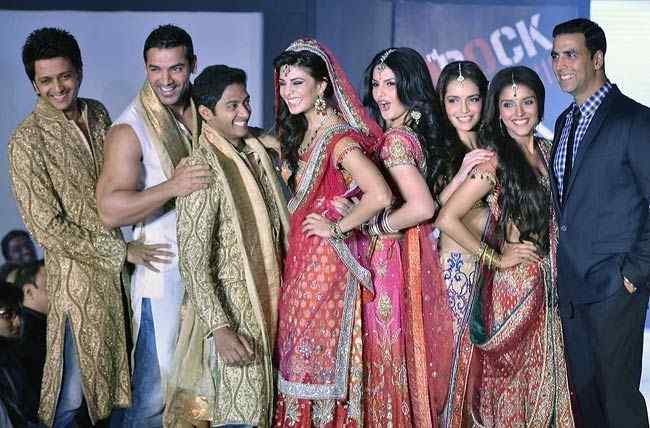 More About her Acting

Jacqueline Fernandez then co-starred alongside Akshay Kumar and Sidharth Malhotra in the action-drama “Brothers”. She got praised as well as also got negative comments about her role though. Moreover, later that year, Jacqueline starred in the horror-thriller Definition of Fear, which marked her Hollywood debut.

Jacqueline Fernandez began 2016 with a role in the sequel to “Housefull 2”. The film was a commercial success. And, her next film is the action-adventure “Dishoom” which also grossed ₹1 billion at the box office. Likewise, later that year, Jacqueline served as a judge to the ninth season of the dance show “Jhalak Dikhhla Jaa”. Moreover, in the year 2017, she appeared in Chandran Rutnam’s English-Sri Lankan crime-thriller “According to Mathew”. And, this film was her maiden cinematic appearance in Sri Lankan cinema as well.

Moreover, her next film was the action-comedy “A Gentleman”. Unfortunately, the film was poorly received by critics and was a box-office flop. And, later that year, she appeared in David Dhawan’s comedy film “Judwaa 2”. This film was a sequel to the 1997 comedy film Judwaa. And, it proved to be a box-office success. Then, in the year 2018, Jacqueline starred alongside Salman Khan in “Race 3” which is the third addition to the Race Franchise.

Furthermore, she also starred in Tarun Mansukhani’s film “Drive”. Also, she is set to star in the Netflix original film, “Mrs. Serial Killer”, directed by Shirish Kunder. Moreover, Jacqueline Fernandez reunites with Akshay Kumar for the 4th time in the gangster drama ‘Bachchan Pandey’. Jacqueline has also starred in many other single songs.

In the years 2008 and 2011, Jacqueline Fernandez featured in the UK magazine Eastern Eye’s “World’s Sexiest Asian Women” list, ranking twelfth. She also ranked third on The Times of India’s listing of the “Most Desirable Woman” in the years 2013 and 2014, after being ranked eighth, seventh, and fourteenth, respectively, in the preceding three years. Then, in the year 2013, Rediff.com placed her on their list of “Bollywood’s Best Dressed Actresses”. And, the following year, she held the sixty-second position in the Indian edition of the Forbes’ Celebrity 100, a list based on the income and popularity of India’s celebrities.

Moreover, in early 2013, Jacqueline Fernandez became the ambassador for HTC One, which she endorses in India. She was also the face of Indian Bridal Fashion Week—IBFW of 2013. Later that same year, she also became the spokesperson for Gareth Pugh’s designed Forevermark Diamonds in Mumbai. Fernandez was present at the inaugural opening of the Forever 21 store in Mumbai. That same year, she also launched Gillette Shaving System with Arbaaz Khan and Aditya Roy Kapur.

Furthermore, while analyzing Jacqueline Fernandez’s career, she managed to find her feet in Bollywood now by banking on glamorous roles. Then, in the year 2017, she invested ₹35 million in Rakyan Beverages’ Raw Pressery. And, the company claims that with this investment, she became India’s first celebrity to part-finance a consumer products firm.

Jacqueline Fernandez has consistently been a supporter of PETA. She even met the Mayor of Mumbai, requesting him to boycott horse carriages. And, her complaint was registered and the carriages were banned. Then, her relationship with Hindi film director Sajid Khan was also branded as an attempt to rise high in the difficult Hindi film industry.

Moreover, in the year 2016, the Delhi Sikh Gurdwara Committee (DSGMC) protested the use of Kirpan that she wore in a song in the movie “Dishoom”. Later on, it was cleared that the thing was not a Kirpan, but it was an Arabian Dragger.

Furthermore, there were a lot of rumors of her dating her co-actors from different movies. But they all remained rumors as neither Jacqueline nor any of her co-stars confirmed or denied the rumors. 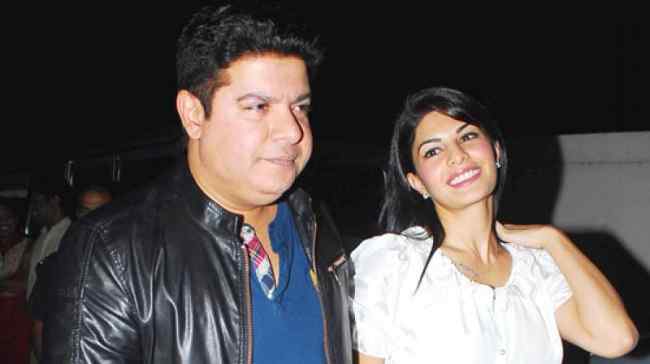 Further about her personal life

Jacqueline Fernandez shares a close bond with her family. She also admits that she misses being around them. She has also supported charitable organizations and a number of causes. Likewise, for advocating the welfare of animals, she was named “Woman Of The Year” by PETA (India) in the year 2014.

Jacqueline also participated in several concert tours and televised award ceremonies. In the year 2013, she performed at the Temptations Reloaded in Auckland, Perth, and Sydney alongside Shah Rukh Khan, Rani Mukerji, and Madhuri Dixit. She then performed at the live talent show “Got Talent World Stage Live” with Khan, Priyanka Chopra, and Varun Dhawan the following year.

Jacqueline Fernandez has a height of 5 feet 7 inches and her weight is 56 Kg. Likewise, her other body measurements such as her chest size, waist size, and hip size, are 34-27-35 inches respectively. Moreover, Jacqueline has black hair and dark brown eyes. Also, she is very beautiful and attractive as well. She has a beautiful smile as well.

Focusing on her earnings and income, Jacqueline Fernandez has an estimated net worth of $12.4 million and her main income source is her acting career. She also has other income sources as well.