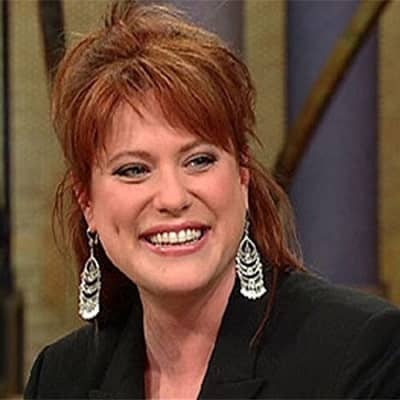 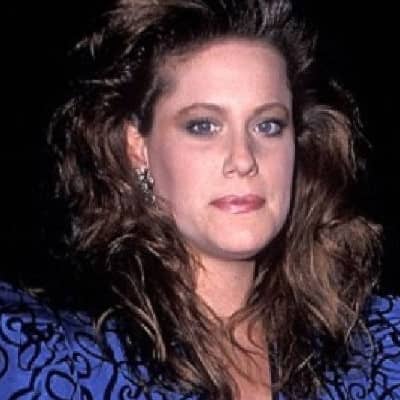 Jacqueline Dena Guber was born on June 14, 1968, in the USA. Her age is 52 years and her horoscope is Gemini. Likewise, she holds American citizenship.  She was adopted by Barbara Walters and her then-husband, Lee Guber. Barbara had suffered from several miscarriages which she kept hidden from the public. Initially, Barbara was married to Robert Henry Katz in 1955 but by 1957, the union was annulled. After that, she married Lee but she was still having problems with giving birth and decided to adopt a daughter who she named Jacqueline after her own sister. 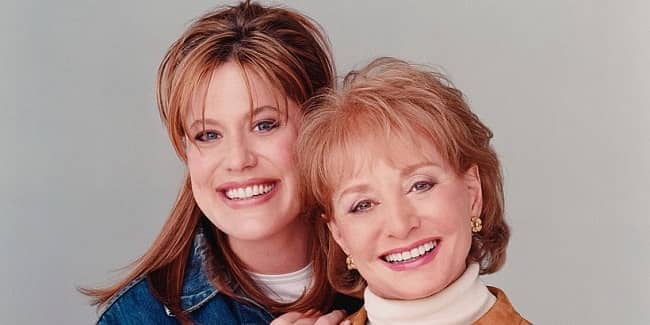 Jacqueline might have been engaged in some kind of profession but the information about them is missing. However, she came into the limelight because of her adoptive parents. At a young age, she would be riddled with substance abuse problems, which were later chronicled by her mother Barbara in a biography, as well as through television interviews. At the age of 13, she was already sneaking out of the house wearing fishnet stockings and leather miniskirts, to party at the famously notorious New York nightclub Studio 54, which during the 1970s was one of the most popular disco dancing and music locations in the city.

Her constant partying would eventually lead her to be introduced to numerous addictive substances such as alcohol, marijuana, and methamphetamines. Around this time, she had a feeling that people had given up on her, later crediting that her drug abuse stemmed from this feeling. She tried a variety of drugs, which would help her numb feelings as she mentioned in an interview. Even the adoption proved difficult, as she was constantly isolated from the popularity of her mother which led her to run away from home. Guber ran around 800 miles from New York to the American southwest, and her mother did not hear from her for over a month.

It was only when she was hitch-hiking that a man decided to contact her mother. The man would then arrange for her to attend an intervention program located in Idaho. The camp in the mountains helped Guber reflect and realize that she would be dead if she was not taken up the program. She stayed for three years and finished high school there. Shortly afterward, her father passed away from cancer. Since she didn’t want to be followed by her mother’s reputation, she took on her father’s last name and spent a few years in Oregon before eventually deciding to use her experience to help other women. She created the self-discovery program called New Horizons for Young Women, which combined clinical therapy with outdoor living, which would run until 2008.

Her adoptive mother Barbara Walters is popular for hosting numerous programs for ABC News throughout her career, including “The View”, “Today”, and “ABC Evening News” until her retirement. Barbara is one of the pioneers of women in broadcasting, actually being as one of the greatest television stars of all time by “TV Guide”. Similarly, her father Lee Guber was responsible for several Broadway productions before creating numerous entertainment venues located along the East Coast of the US. He became one of the biggest names when it comes to living entertainment, and owned music theatres, music fairs, advertising agencies, and wax museums. In addition, he hosted productions of “Fiddler on the Roof”, “Cabaret”, and “Man of La Mancha”. 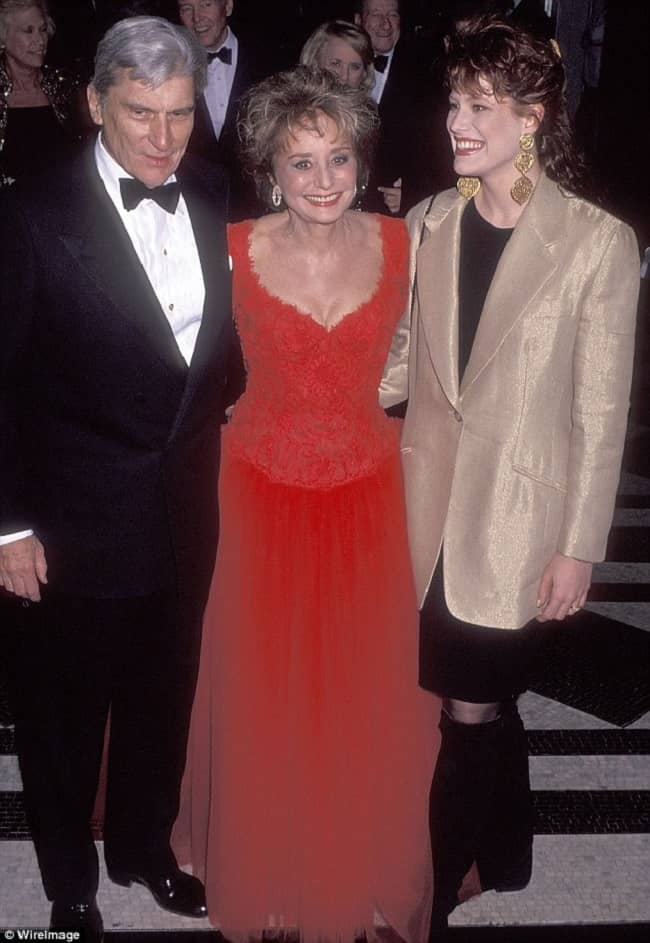 Caption:  Jacqueline Dena Guber with her parents at an event (Source: Daily Mail)

Jacqueline Dena Guber is currently living her single life. Previously, she was the wife of a man, Scott Pontius in 1995. The wedding ceremony was held at a private ceremony in Washington State. The marriage could not last long and they separated. Moreover, for her personal life, not many details are out about romances or marriages. However, in one police report, her name was listed as she leading many sources to believe that she is or was married.

Coming to her father’s relationship, he was married three times. His first marriage was to Edna Shanis. The couple had two children together, Zev and Carol. In December 1963 Guber was married to Barbara Walters, then a reporter for NBC, beginning a marriage that lasted 13 years. Their daughter she was born in 1968 and adopted by the couple the same year. His third marriage was in 1982 to Lois Wyse, with whom he remained married until his death. His stepchildren are Robert Wyse and Katherine Goldman. He has eight grandchildren, one journalist Noah Shachtman.

Jacqueline was arrested for a DIU bust in 2013 and she also confronted and verbally abused arresting officers. Also, she was arrested for driving under the influence in 2014. She was being heavily intoxicated when the police stopped her in Naples, Florida. She was later released on a $1,000 bail.

Jacqueline Dena Guber is a very tall woman. At the age of 12, she was already 6 feet tall. Her actual height today is not out. But she is slightly above 6 feet which keeps her well above her mother who is only 5 feet 5 inches. Moreover, she has a pair of brown eyes with brown hair. Also, there is no information regarding her body measurement, dress size, and shoe size as well.

Now talking about her presence on the social media platform, she is not active on there. She neither has an Instagram account nor a Twitter account and also no Facebook account. Jacquiline is not an attention seeker and does not want more struggles in her life. For now, she is busy with her career only.