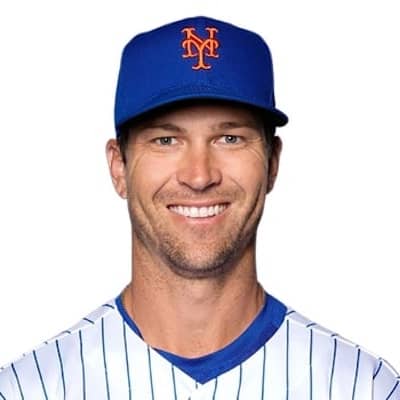 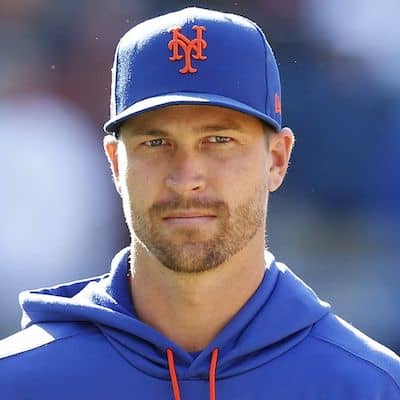 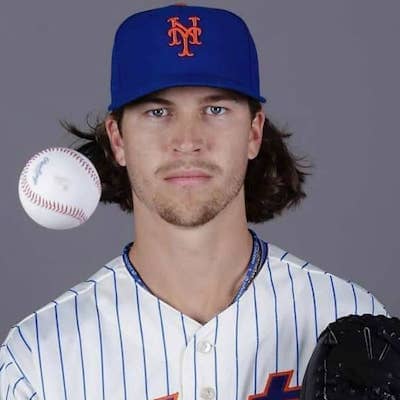 Jacob deGrom was born on June 19, 1988. Presently, he is 33 years old and his birth sign is Gemini. His full name is Jacob Anthony deGrom. He is originally from DeLand, Florida, USA. He attended Calvary Christian Academy. There, he played for the school’s baseball and basketball teams.

His parents are Tony, an AT&T lineman, and Tammy, a customer service representative for a credit card rewards program. Similarly, he has two sisters namely Sarah and Jessica. He attended Stetson University and played college baseball for the Stetson Hatters. 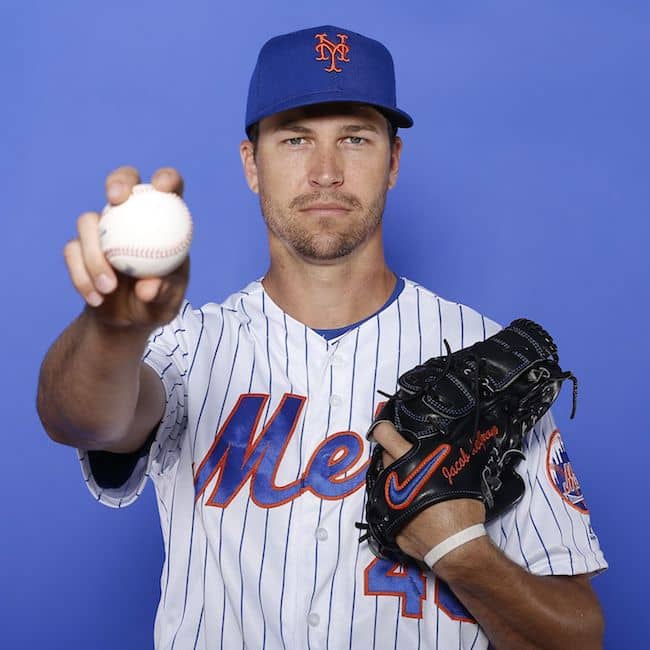 Jacob began playing baseball as a shortstop and was converted into a pitcher during his junior year at Stetson. Moreover, the Mets selected him in the ninth round of the 2010 MLB draft, and he made his MLB debut with the Mets on May 15, 2014. In that year, he was named the National League’s (NL) Rookie of the Month twice, and the NL Rookie of the Year.

And, in 2020, this player again led the NL in strikeouts. DeGrom is widely famous as the best current pitcher in baseball. Moreover, in 2019, the New York Post named deGrom the best professional athlete in New York City during the 2010s. 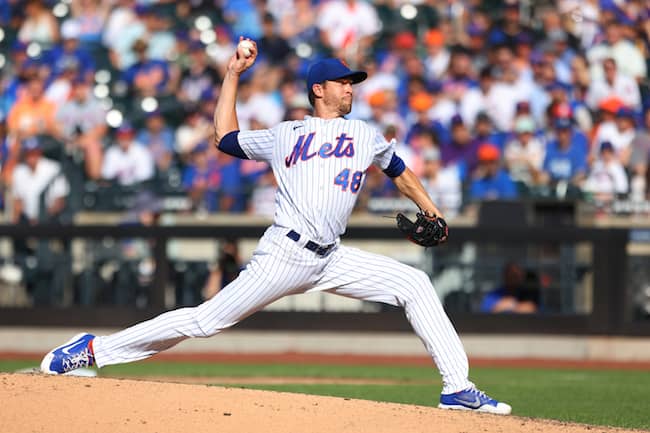 Overall, this player has surely managed to leave his mark in MLB history as an outstanding baseball player. Despite being held back by injuries several times, Jacob is one of the best pitchers we have currently. At Stetson, he began to grow out his hair. Jacob’s starts with the Mets led to the trending hashtag on Twitter “#hairwego”.

Moreover, his hair inspired a promotional “Jacob deGrom Hair Hat” giveaway at Citi Field during the 2016 season. Likewise, after learning that an unnamed MLB hitter said that his hair made it harder to pick up the ball out of his hand, Jacob said in 2016 that he would never cut his hair.

However, this player cut his hair during the 2017-18 offseason, saying that doing so could add speed to his fastball. And also that he was tired of having long hair. Notably, Jacob has won the NL Cy Young Award twice since cutting his hair.

On November 8, 2014, Jacob married Stacey Harris. He met Stacey for the first time at a bull riding event, and something about her made him want to know more about her. So, the two continued to see each other until he finally asked her to marry him on Christmas 2013. 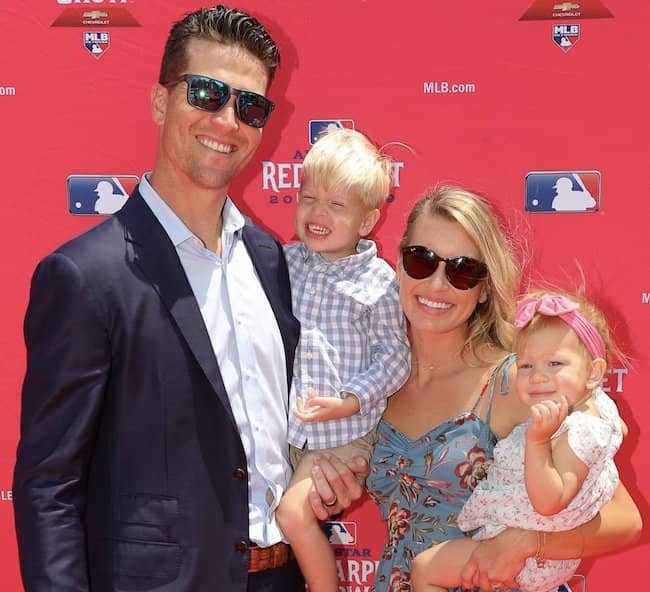 This player stands tall at a height of 6 feet 4 inches or 1.93 m. Similarly, he weighs around 82 kilos or 181 lbs. Jacob has a set of blue eyes and his hair is of light brown color. Further, his chest-waist-biceps measurements are 43-34-15 inches respectively. Additionally, he wears the number 10 US shoe size.

Jacob doesn’t enjoy being in the spotlight for too long. Therefore, he is more than willing to be recognized for his pitching skills in the stadium, but he prefers to stay away from social media. However, he recently joined Twitter in April 2021. Therefore, he goes under the username ‘@JdeGrom19’ and has earned 342 followers.

This player surely earns a handsome amount of money through his profession. However, his net worth as of 2022 is $25 million.