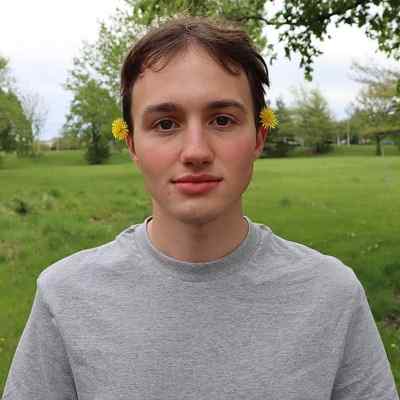 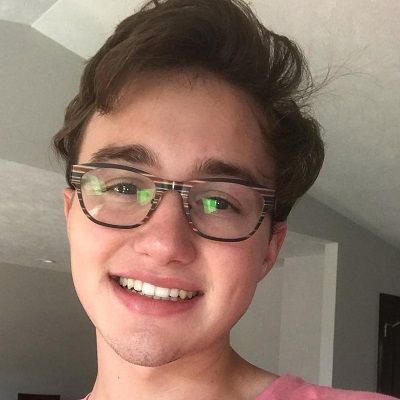 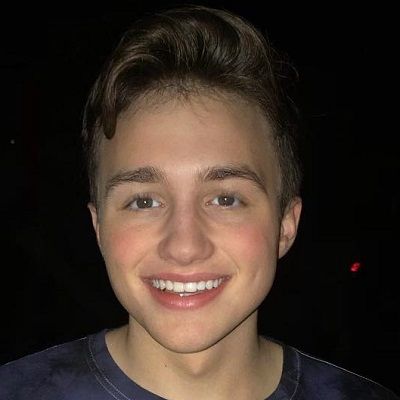 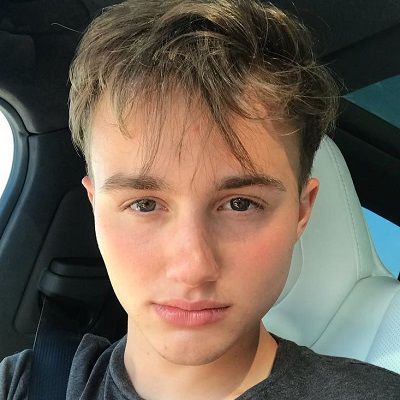 Jacob Cruikshank is an American YouTuber who is the younger brother of internet personality who turned as an actor, Lucas Cruikshank. Jacob Cruikshank has a self-titled YouTube channel. Moreover, he also posts a number of DIY videos on his vlog which are particularly funny.

Jacob Cruikshank was born in Nebraska, USA, on March 11, 2001. He turns 20 years old as of 2021. His zodiac sign is Pisces. Furthermore, Jacob has a happy family of 10 members, including his parents, 5 sisters and two brothers, Lucas and Ethan. His mother, Molly is an obstetrics nurse and his father, Dave is an executive engineer. Jacob’s parents are sincere and serious about how their kids spend their money and they keep an overall track of the lifestyle of their children.

Alike his brother Lucas, for Jacob as well, his family works as the main support behind his success. And his siblings are very supportive of him and Jacob always looks up to them. His family has also happily accepted the fact that he is gay. Further, he is a high school graduate. 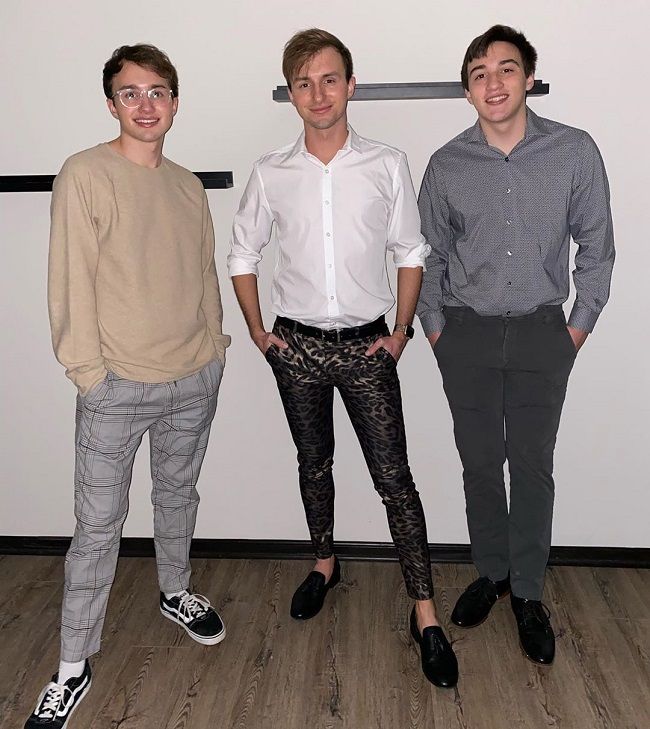 Jacob joined his YouTube channel on March 19, 2013, when he was just 12 years old. Beginning a career this early, even before hitting his teen, certainly changed his life. He was soon going to be something more and with his hard work, he has really been able to enjoy popularity across the world.

He was always fascinated by his elder brother, Lucas, and he was the person who guided him in the right direction from a very young age. Lucas surely has a good contribution to what Jacob has achieved today. For Jacob, it is just the beginning. Jacob has begun his career only a few years back hence the scope of growth is exponential for him.

Jacob has never made his future plans clear but just like any normal American teenager, he seems to be confused about what he would like to do next. He has also not revealed if he wants to turn to a director and actor in the future, just like his brother Lucas. Furthermore, Jacob did a Kylie Jenner makeup tutorial video for his YouTube channel.

Some of his most popular YouTube videos are, ‘GIRLFRIEND TAG w/ Jojo Siwa’, ‘DIY CLEAR DONUT ! EDIBLE See Through Doughnut’, ‘BROTHERS GO ON OMEGLE (w/ Lucas Cruikshank)’, ‘TRYING TO MAKE MY VOICE SOUND NORMAL’, ‘WHY DOES YOUR VOICE SOUND LIKE THAT?’, ‘DIY GIANT JELLY GUMMY SPRITE BOTTLE (w/ Lucas)’, ‘PEELING MY FACE OFF’, and many more. 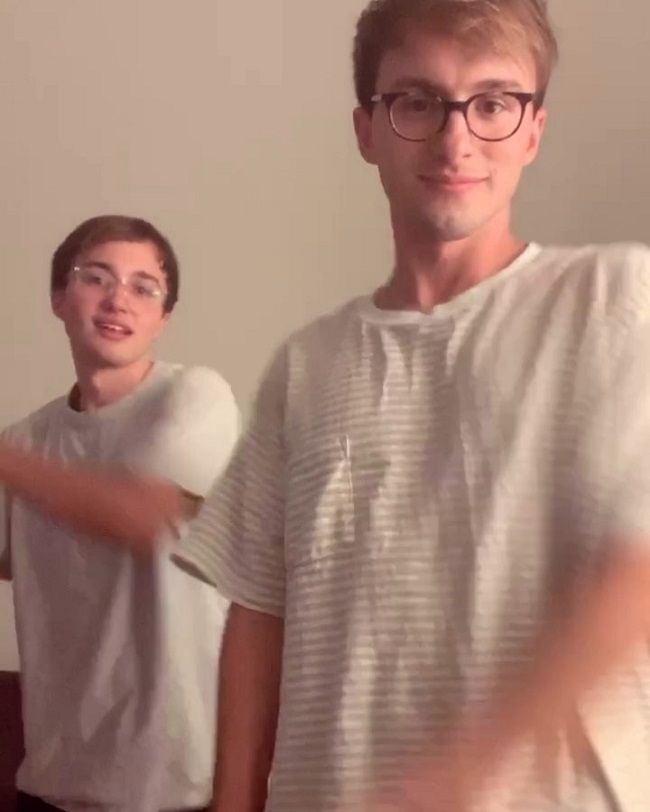 Caption: Jacob Cruikshank and his brother while making a video. Source: Instagram

At the beginning of 2017, the then 15-year-old Jacob declared himself openly as “gay”. Jacob revealed his sexuality to his family and Snapchat followers, which certainly created some controversy. Afterward, Lucas, his elder brother, who is also gay, came up with a video “my brother’s gay too?” which proved that what Jacob had said to his followers was nothing less than serious.

However, according to some critics, 15 years is too early to actually realize one’s true sexuality, even if the person is a celebrity and it might be nothing more than a good publicity act to increase his followers and fan base. On the other hand, Lucas has made it clear in his video that in the family everyone was already aware that Jacob is gay.

And so far, he has managed to make his personal life so secret. Jacob is still so young and fully focused on his career. He probably must be single at the moment. Recently in July 2017, he has clarified that he is gay. Besides, there is not even a single rumor of his girlfriend and affairs.

As he revealed his sexuality to his family and Snapchat followers, which absolutely created some controversy. Later, Lucas his elder brother, who is also gay, came up with a video “my brother’s gay too?” which confirmed that what Jacob had said to his fans was nothing less than serious.

However, 15 years is too early to actually realize one’s true sexuality according to some critics. Even if the person is a celebrity and it might be nothing more than a good publicity stunt to increase his followers and fan base. On the other hand, his brother made it clear in his video that in the family everyone was already aware that Jacob is gay.

He weighs around 55 Kgs but he has not revealed his height to the public. Other details regarding his body measurements are not available. Moreover, Jacob has blonde hair and brown eyes. 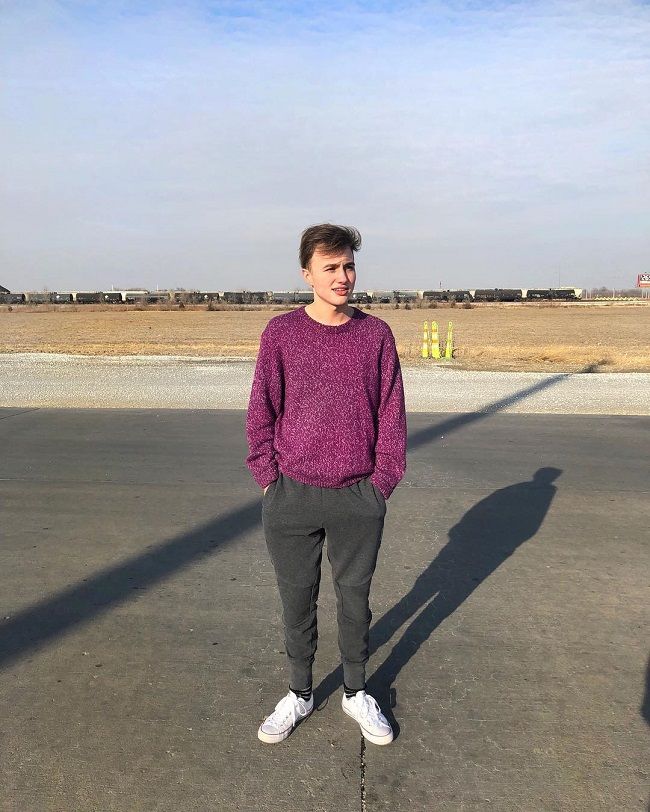 As being a successful social media star, he is active on different social media platforms. He has gained over 79K followers on his ‘@jacobcruik’ Instagram account. Jacob is also active on Twitter with more than 12.8K followers. He is also available on TikTok where he has amassed over 114.3K and 1.3 million views. Further, his self-titled YouTube channel has earned more than 640K subscribers. He is also available on Facebook with more than 2K.

Similarly, moving towards his net worth, he might earn a good amount of money through his profession. His income might be through his social media accounts. However, he has an estimated net worth of around $0.8 million.